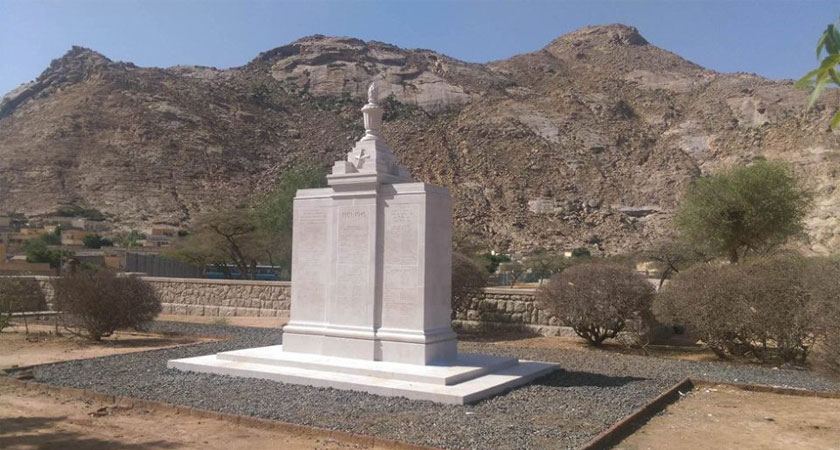 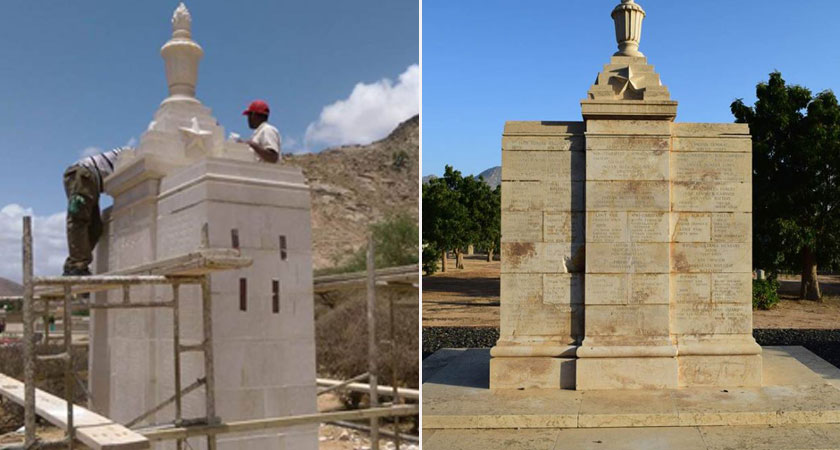 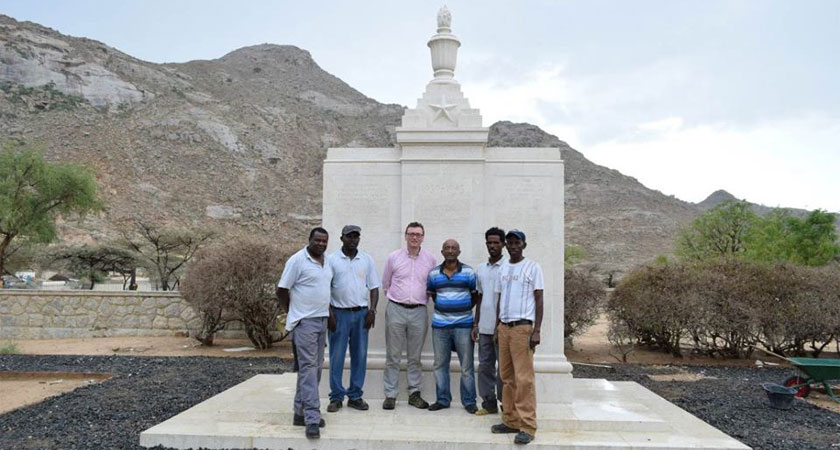 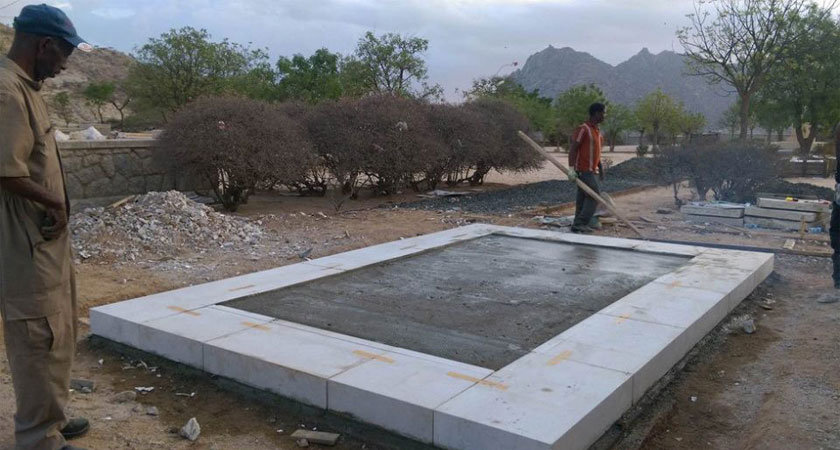 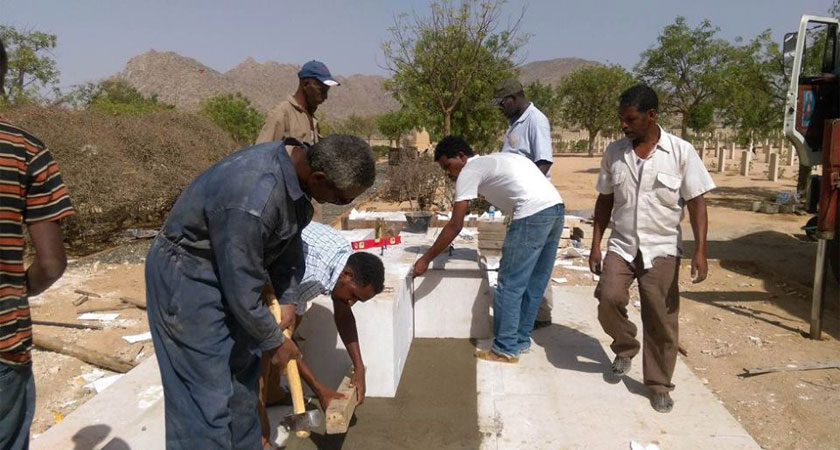 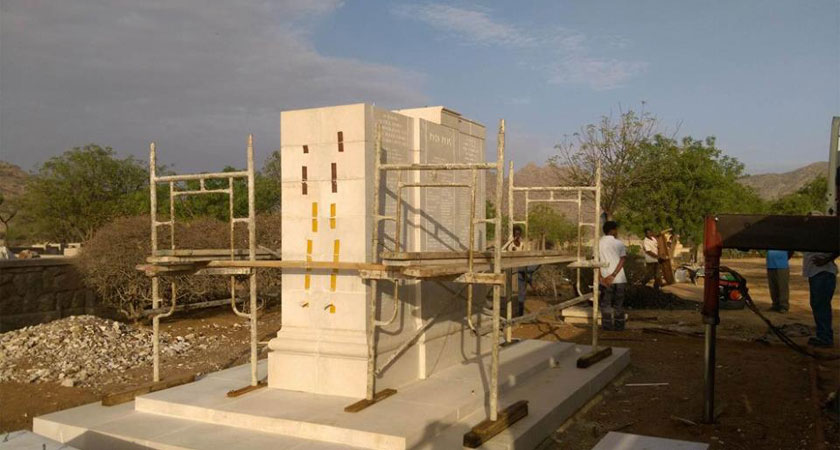 A WAR memorial commemorating almost 300 Indian soldiers who died during the Second World War in Eritrea has been restored by a team of skilled craftsmen from the Commonwealth War Graves Commission (CWGC).

The work to restore the memorial was required after the existing structure was hit by lightning – which displaced blocks and damaged many of the memorial’s stone surfaces. New stone was ordered from Italy and shipped to Eritrea, but erecting the memorial proved challenging, as access to the area is extremely difficult. With support from the British Embassy, the CWGC’s Africa team was able to gain access and complete the restoration.

The Keren Cremation Memorial, located within Keren War Cemetery, commemorates Sikh and Hindu soldiers who died on the Keren battlefield and whose remains were cremated in accordance with their faith. Three East African soldiers are also commemorated on the memorial.

Richard Hills, the CWGC’s Director for Africa and Asia Pacific Area, said: “The completion of the new memorial demonstrates the CWGC’s commitment to remember those who died during the two world wars – no matter where or how they died.”

“I am extremely proud of my colleagues in Africa. Their tenacity, motivation and professionalism are a credit to them and the CWGC.”

“I would also like to express our sincere thanks to His Excellency Mr David Ward, British Ambassador to Eritrea, and his colleagues for the invaluable support they gave us during our operations – particularly in enabling our staff to travel to and from the site safely.”

Keren is a small town located approximately 90 kilometres west of Asmara. During the Second World War it was an Italian stronghold and the scene of the most decisive battle of the war in East Africa, when in February and March 1941, a combined British, French and Commonwealth force defeated an Italian army almost twice its size.