Jimmy Deenihan: From the Dáil to Eritrea

Now that he has retired from politics, Jimmy Deenihan is in Eritrea in his new role as an ambassador for the Irish charity Vita.

BY THE KERRYMAN | INDEPENDENT

I have always had a fascination with Africa – the fact that my first cousins Fr. Brendan Deenihan and the late Fr. Tony Geoghegan served as missionaries in South Africa and Zambia gave me an ongoing interest into in this geographically, socially and economically diverse continent.

Over the years, I supported and fundraised for many different projects and charities in all parts of Africa but from a young age it was my ambition to spend time working there if the opportunity presented itself. However, firstly Kerry football and then latterly politics dominated my life and for the last 46 years, I never really had a chance to act on that ambition.

When I was not re-elected to Dáil Éireann last year, I finally had the time to focus on overseas development and I decided to work with Vita, an Irish charity I had become very familiar with over the last few years.

I recently visited Eritrea in my new role as Vita Project Ambassador and I was so impressed with what I saw happening on the ground there.

With a population of over six million, this relatively small, mountainous country sits on the East coast of Africa, facing out onto the Red Sea towards Yemen with Sudan to the North and Djibouti and Somalia to the South.

We landed very late at night in the capital city, Asmara, 2,300 metres above sea level, a city built by the Italians in the 1930s and which retains much of its charming art deco heritage.

Vita has been active in Eritrea for several years and is the only international development agency that works there. Their mission is to enable rural dwellers to achieve sustainable livelihoods by means of integrated water, food, household energy and agriculture security programmes.

Eritrea has been seriously affected by climate change. The rains are erratic, there are very few sources of running water and the sub-Saharan semi-arid region known as the Sahal is spreading, reducing the land available for food production. The result is that the Eritrean people are facing multiple challenges which require integrated solutions.

The solution is integrated development programmes that encompass clean water, climate smart agriculture and the provision of fuel-efficient stoves, alongside solar lights and tree-planting programmes.

It’s a complex situation but it feels very achievable to me – I wasn’t in the country five minutes when I realised that the Eritrean people are a proud, strong people with an incredible work ethic.

Vita works with local government, farmers’ and women’s groups, community councils and local businesses. Our agricultural programmes focus on developing dairy, potatoes and legumes projects while ensuring that they are sustainable and climate smart.

We recently signed a Memorandum of Understanding with the Eritrean Minister for Agriculture, Teagasc and Gorta SHA to implement a five-year plan that will transform agricultural practices in the country.

I find the potato programme quite intriguing – I defy any Irish person not to! Did you know that the potato, in terms of nutrition, is one of the world’s most important foods?

Vita has set up the Irish Potato Coalition, made up of experts from the business, research, academic and development sector to improve the livelihoods of four million farmers in East Africa. 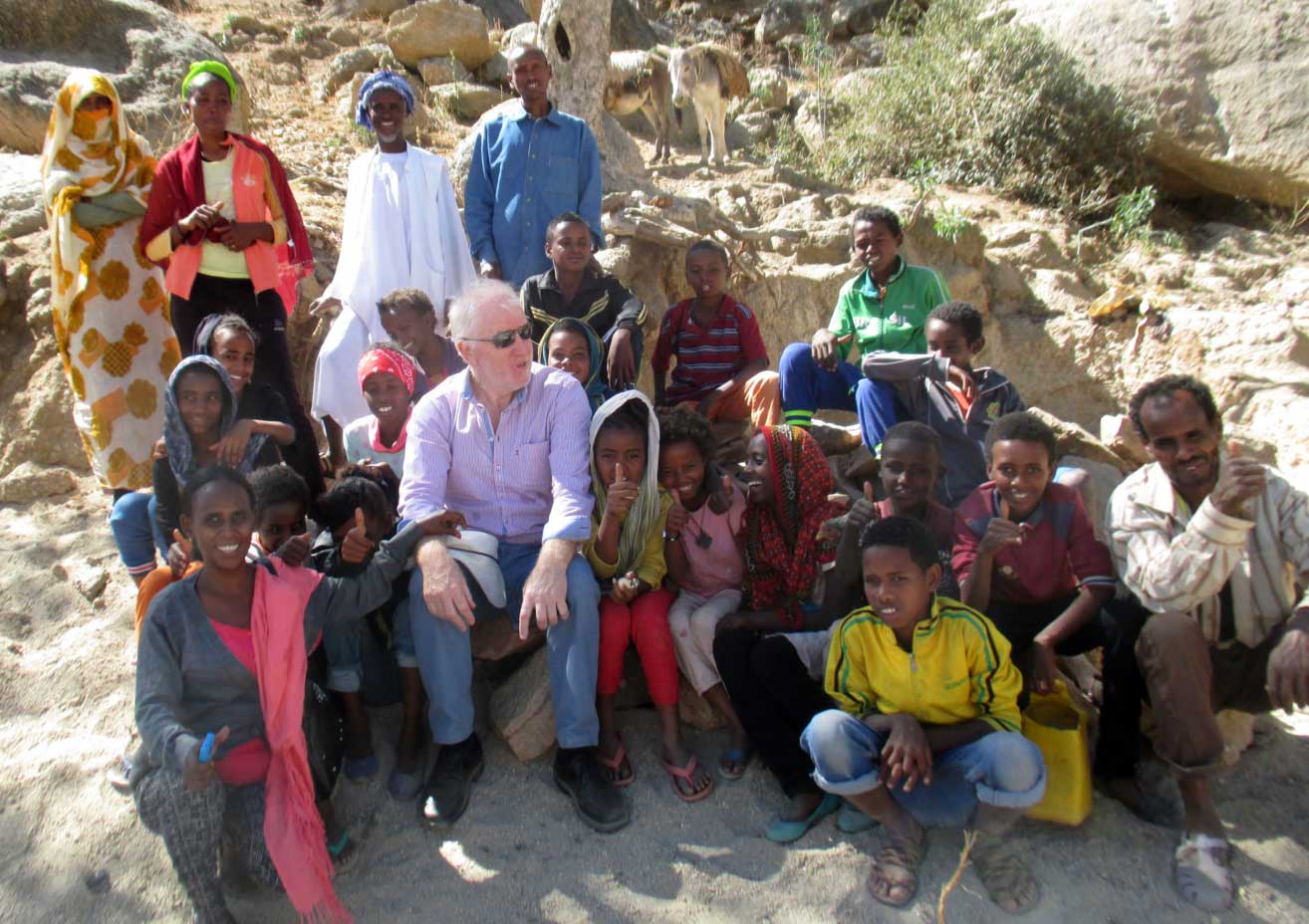 This is happening through improved seed stock, implementing best practice agronomy and developing a value chain for the potato that will allow all potato farmers to realise a decent, sustainable income from their work. There are lots of individual stories on Vita’s website and Facebook page.

The initial results of the potato programme in Eritrea are very promising with the new varieties producing triple the yield of the old ones. The farmers involved in the programme are very optimistic about the future potential for potato production, both as a source of food and a cash crop to support their families.

The Dairy Breeding Programme is designed to transform the national dairy herd and raise the average daily yield of a cow from 1.5 litres to 7 litres.

I visited some families involved in the programme to see how they were managing in the village of Adi Gheda, about an hour’s drive from Asmara.

Amongst the farmers I met was Asmeret Mahari, a widowed mother of three who is one of the early recipients of the new cross breed, a Holstein crossed with the local Barka.

She has seen a vast improvement in her yield and she now has more milk for her family and to sell to her neighbours.

Another huge challenge in Eritrea, for farmers and non-farmers alike, is the availability of clean drinking water.

Balwa village is about 60km from Asmara and has a population of 5,000 people. Everyone in the village has been getting their water from a local stream which is also shared with cattle, goats, sheep and donkeys.

This has an appalling impact on the health and livelihood of all the people in Balwa, and the death rate from water-borne disease in this village and its surrounds is over 200 annually.

The local GP, Dr Michaela, told me that the villagers suffer from regular doses of diarrhoea and other medical conditions associated with a contaminated water supply.

Following discussions with Dr Michaela and the local administrator of the village, I agreed to sponsor a new well to provide a clean water supply for the villagers. It is expected that water will be pumped from this well later this year.

I had some very positive meetings with a number of Eritrean government ministers and I am happy to advise them on developing their diaspora strategy, particularly with my experience as Ireland’s first Minister for the Diaspora.

I thought I might get bored after the election, having been involved with politics in Ireland for 34 years but I couldn’t have been more wrong.

Between my ongoing work in Kerry and my new role with Vita, I find myself busier than ever!