The TPLF regime will pay US $1.8 million for the year 2017 to a U.S. firm, S.G.R. LLC Government Relations and Lobbying, to lobby on its behalf in a bid to influence U.S. policy makers to have a favorable view of the otherwise tyrannical regime.

According to the memorandum of understanding (MOU) signed last month between the two sides, SGR will work with the regime to “develop and execute a public affairs plan to enhance the dialogue and relationship with policymakers, media, opinion leaders, and business leaders.”

The MOU further stipulates that SGR will campaign to “promote a better understanding of Ethiopia’s political, social and economic environment. SGR will work to strengthen U.S.- Ethiopia business outreach and grow foreign direct investment in Ethiopia.”

The document was made available at the end of last month on the website of the Foreign Agents Registration Act. (FARA) was enacted in 1993 and requires agents of foreign countries to disclose their relationship, activities as well as payments received.

The MOU was signed by Girma Biru Geda, Ethiopia’s ambassador to the U.S. and Greg Lowman, partner with SGR.

The Ethiopian regime had hired DLA Piper in 2006 for a monthly payment of 50,000 USD to engage in legal and public relations needs. DLA Piper had campaigned against a bill by the U.S. Congress that condemn the regime’s handling of human rights and arbitrary detention of dissents and critical journalists.

One of the executive orders by President Donald Trump, signed on January 28, 2017, bans executive branch employees from lobbying for five years after they quit their post. 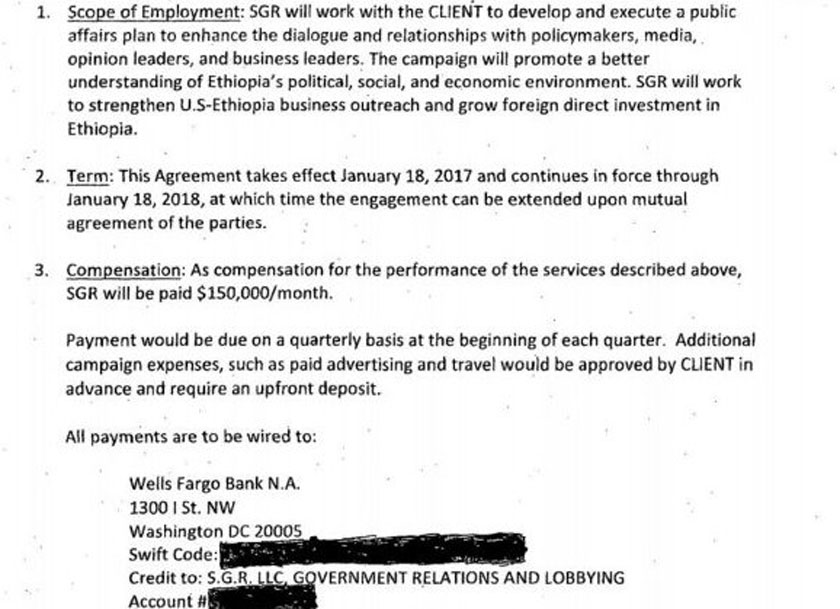 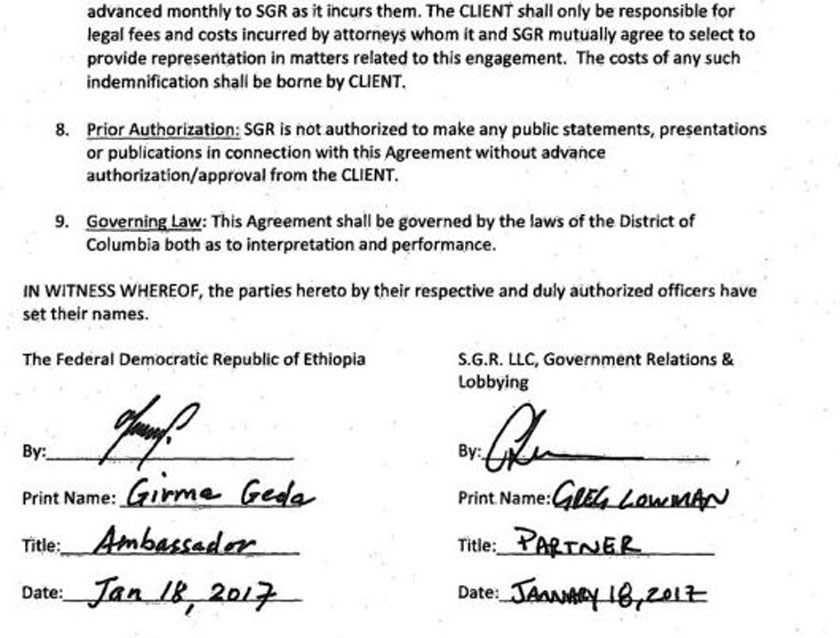