The Continuing Threat against Eritrea Under the Pretext of Human Rights

U.S. imperialism and its servants don`t accept opposition to its global empire. They seem to prefer “failed states” like Iraq and Syria than independent minded nations like Eritrea, Cuba, Venezuela, Bolivia and Ecuador to name some being targeted.

How come that Eritrea has been targeted as a big human rights issue? Demonizing Eritrea has become an obsession in the ruling circles of the west and especially among people that have never been to Eritrea.

Human rights is precious, but is being misused as an ideological weapon to crush and isolate nations not subservient to the designs of Washington. The establishment of a Special Commission of Inquiry on Human Rights in Eritrea (COI) must be seen in this light.

Eritrea as a nation has always been threatened with destruction and Eritrea is located in a world where self-reliance is not allowed, but only puppetry.

The anti-colonial struggles in Africa and the retreat of the old imperialisms of Great Britain and France gave the peoples of Africa hope for freedom from apartheid and exploitation.

But Eritrea was not allowed freedom, and in the cold war period, the feudal emperor of Ethiopia was given Eritrea as a gift for his subservience to the United States.

What followed was a war for liberation for 30 years against a feudal brutal regime supported first by US and then by the Soviets. Eritrea was liberated in 1991 by the EPLF after a struggle that historian Basil Davidson has paralleled to the Vietnamese anti-imperialist war.

The history and experiences of this struggle against the superpowers has given the Eritrean fighters the most advanced knowledge about imperialism and its neo-colonial strategies. The leaders of liberated Eritrea has seen how the imperial powers prefers African leaders that are corrupted traitors to their peoples filling their own pockets and stealing from the people.

The defence of human rights is a noble issue, also supported by the Government of Eritrea.

When Eritrea was attacked and occupied by Ethiopia in the 1998-2000 war, human rights was not an issue.

UN has since 1963 been able to establish commissions of inquiry (COI) and fact-finding missions to gather and compile information on violations of international human rights law and humanitarian law (see www.unchr.org ). Also called the Special Procedure. The Human Rights Council has used this in relation to Eritrea and has designated a Special Rapporteur: Sheila Keetharuth. They have, according to the procedures, to “uphold independence, efficiency, competence and integrity through probity, impartiality, honesty and good faith”.

And here everything goes wrong in the Eritrea case, as the report is a not following normal criteria for documentation and use of evidence. No use of expert commissions and expert consultations as recommended by OHCHR, just one-sided presentations. It is being made and used as an effort to destabilize Eritrea in order to create unrest, foreign intervention or coup d`etat:

(a) Eritrean refugees is one-sided presented as political refugees, with COI overlooking the fact that US, Europe and UN have placed a premium on being Eritrean

(b) COI overlooks that many factors fuel migration

(d) The COI never interviewed the international organizations that have a presence in Eritrea, like UNDP, UNICEF, OCHA, UNPPA, WHO, UNAIDS, FAO that have a lot of expert knowledge of Eritrea

(g) Using information from Ethiopian officials, a government that has not lifted its declaration of war against Eritrea

(h) The special rapporteur Sheila Keetharuth cannot be deemed impartial, as she is a former official of Amnesty International, an organization working for regime change in Eritrea with open and secret relations to a CIA organization like National Endowment for Democracy(NED).

Sanctions and war as a human rights issue

The attack war by Ethiopia on Eritrea in 1998-2000 brought a lot of suffering to the peoples of both Eritrea and Ethiopia. Ethiopia was looting and plundering in Eritrea and brutally thousands with Eritrean background were ethnically cleansed from Ethiopia where they were born and raised. No mention of this can be found in the COI report. War is the worst attack on human rights but in the eyes of COI, Eritrea is on the culprit alone.

Ethiopia as the United States puppet state in the region still continue to occupy Eritrea territory in contradiction to the UN directed agreements, but is not punished for this.

The lack of peace means that Eritrea has to be on military alert and reluctant to demobilize its forces. This is a big burden on a small country and the fruits of peace have been stolen from the people of Eritrea. This attack on the human rights of the Eritrean people to live in peace is not an issue for COI.

In 2009 sanctions against Eritrea was decided after false allegations that Eritrea supported Al Shabaab in Somalia. This has since been refuted also by UN officials but still sanctions continue.

The continued violation of Eritrea`s sovereign rights and the attack on Eritrea’s nation building aspirations is sabotage of the promising development achievements of the country.

Something that has gained international recognition but COI turns the blind eye to this.

The enemies of Eritrea do not want to see Eritrea succeed as a country and Ethiopia is campaigning and lying about Eritrea systematically with the help of PR multinationals.

But Eritrea will not surrender its sovereign rights nor will it abandon its independent political stance under any name including under the pretence of human rights.

A climate of occupation of Eritrean territory and threats to Eritrean independence is simply not conducive for its citizens to exercise their fundamental human rights, but these issues are totally outside the mind of a Special Rapporteur only seeking confrontation.

Eritrea is not passive on the human rights issue and contribute with Universal Periodic Reviews, reporting to the UN Human Rights Council. The last national report of Eritrea was submitted on 8th Nov 2013 in accordance with paragraph 5 of the annex to Human Rights, Council resolution 16/21. A report reflecting the fact human rights are not only political rights but also social and economic rights and where Eritrea points to the political agenda hehind the continuing demonization.

The government of Eritrea has been pursuing the following key priorities:

(a) Safeguarding the sovereign rights, territorial integrity, and political independence of the State and people of Eritrea from flagrant violation, aggression, occupation, unwarranted sanctions, and belligerent stances of hostile powers;

(b) Effecting social justice by ascertaining universal or wide access to food security, health, education, infrastructural facilities as well as the reduction of rural/urban disparity and the construction of roads, dams, building of schools and health centers and hospitals throughout the country within the framework of balanced and even development;

(c) Human resource development: As the centerpiece to development, human capital has been and remains a matter of high priority to the Government of Eritrea. In this connection, the GOE has long embarked on various programmes that bolster human dignity, human security and human development. Access to free education up to the tertiary level; the provision of health services at highly subsidized cost, regular budgetary allocations for the upkeep of disadvantaged segments and groups of society; and various activities that preserve the cultural heritage, customs and traditions of the society are all geared towards; and

(d) Environmental Protection: A number of environmental protection laws have been enacted. Among other things, the Government has put in place guidelines for environmental assessment and protection against pollution in the mining sector in accordance with international standards”(UPR)

In July 2015, the United Nations (UN) Human Rights Council extended the mandate of the Commission for one year to investigate systematic, widespread and gross violations of human rights in Eritrea with a view to ensuring full accountability, including where these violations may amount to crimes against humanity.

The nations behind this decision should be ashamed as they include nations with a clear war criminal record from the wars in the Middle East. The ultimate crime against humanity in the case of Eritrea is the strategy of undermining and destroying the efforts of Eritrea to build a society committed to peace and social security. And this is crucial: In a region where war, ethnic conflicts, terrorism, trafficking, corruption, landgrapping are symptoms of an Africa that has not liberated itself from the destructive external neo-colonial forces.

Eritrea is a threat of a good example against the neoliberal domination of Africa and is being punished by a UN apparatus, that NEVER NEVER has done anything to help Eritrea to become an independent nation.

Peace and lifting of the sanctions is the solution to improve human rights in Eritrea and the Horn of Africa. 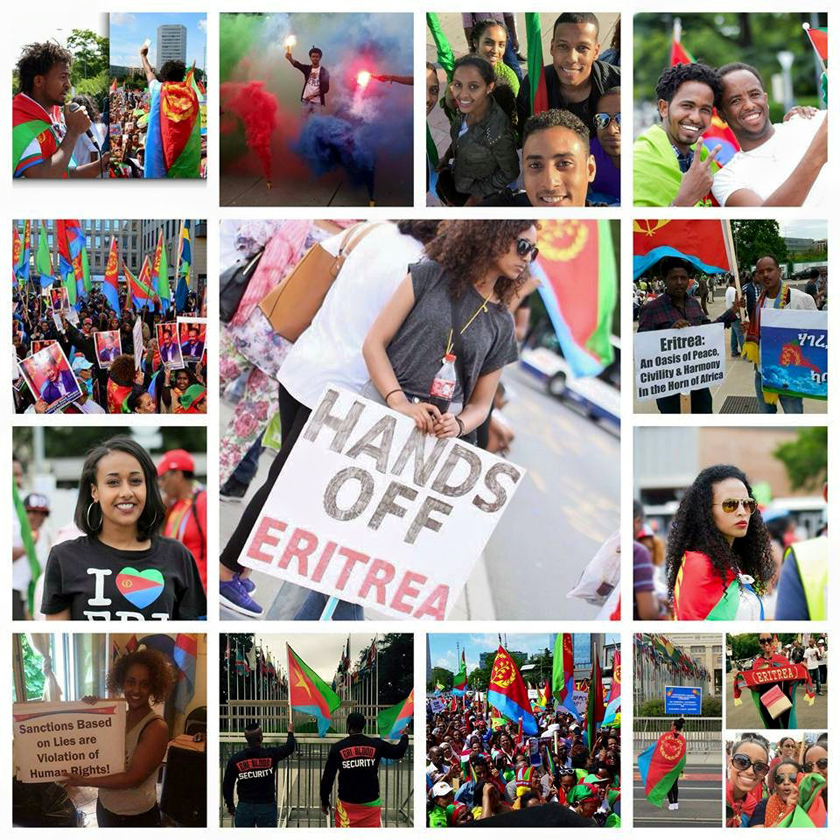 John Graversgaard, is a long time activist defending Eritrea. He is a member of The Eritrean Support Group of Denmark.