Ethiopia’s Minister of Foreign Affairs, Workneh Gebeyehu, said his country would never hurt Egypt or the interests of the Egyptian people.

Speaking at a joint press conference with his Egyptian counterpart, Sameh Shoukry, in Cairo, Gebeyehu stressed that his country has social, political and economic relations with Egypt which should be enhanced.

He accused the media in both countries of focusing on controversial issues in order to ignite them.

Remarking on the construction of the Renaissance Dam on the Nile River, Gebeyehu said Ethiopia has no intention to harm Egypt.

“We will not harm the Egyptian people, but they should also help us in making use of our natural resources,” he added. 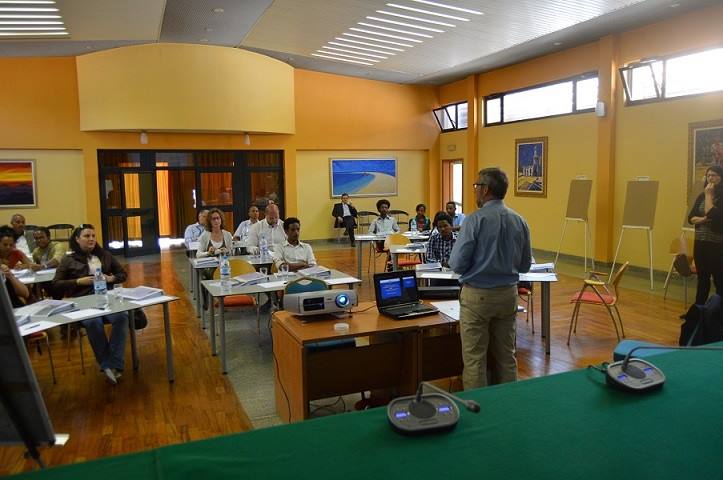 The training started on Monday 24 April and will last until Friday 28 April in the venue of the National Confederation of Eritrean Workers.

The trainers are international experts involved in similar activities all over the world. A total of 24 people attended the event. 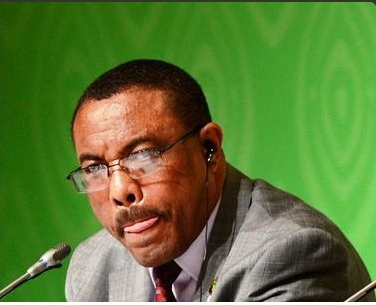 At a press conference he held on Wednesday with local journalists, Hailemariam said that his government has already finalized drafting the new policy direction regarding Eritrea and that it is expected to be tabled before the Council of Ministers very soon.

According to observers, the policy of containing and isolating Eritrea, which has been adopted by Ethiopia after the end of the war, has been effective in targeting and crippling the Eritrean regime. However, it seems that the Eritrean leader have survived all the measures taken by Ethiopia and the international community, including the tough UN economic sanctions, according to the commentators. PM Hailemariam denounced this saying that his government is always determined to bring peace with Eritrea and beyond in the East Africa.

“We have been working tirelessly to bring peace between the two states but nothing has been achieved so far owing to the nature of the Eritrean regime,” Hailemariam told the press on Wednesday. (>> Read more …)

Earlier in his interview with the Oromo Media Network, President Isaias lashed out at Ethiopian leaders desperate attempt to contain Eritrea at every front. Not only that they failed miserably, it also backfired and create many unintended geopolitical consequences against their own regional interest.  The President has a simple message to the Ethiopian regime:  It’s game over …, it’s finished. You better surrender to reality instead.

Pentagon Chief Visits Djibouti, Sole US Base in Africa 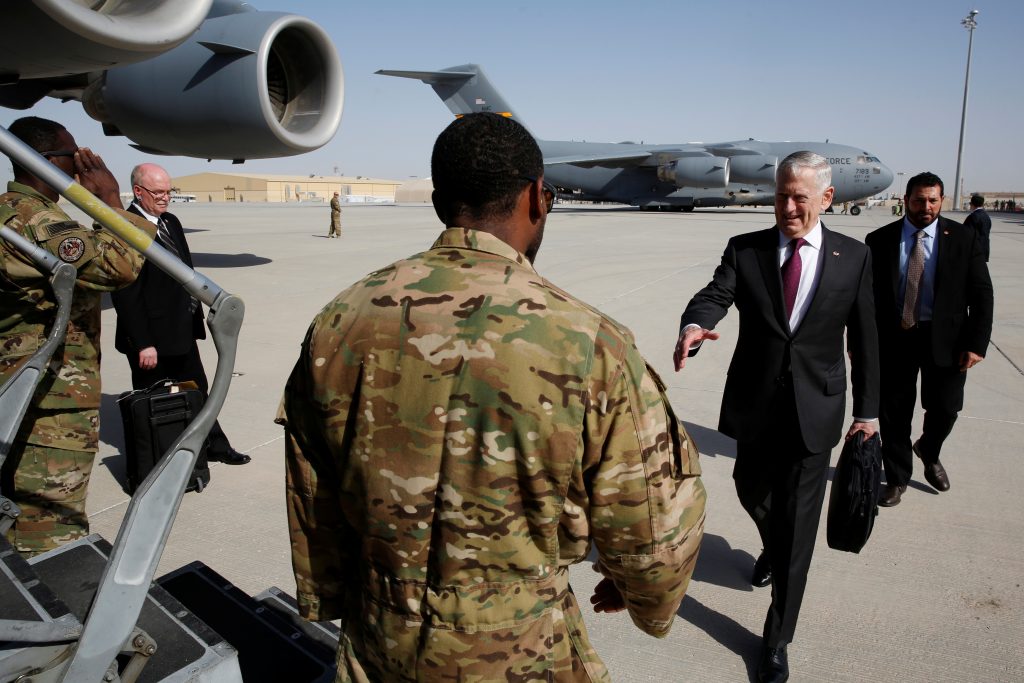 (VOA NEWS) – U.S. Defense Secretary Jim Mattis has visited Djibouti, the tiny east African nation that is home to the United States’ only military base on the continent, in his sweeping tour of the Middle East and Horn of Africa.

Mattis called Djibouti, located on the Bab el-Maned strait, an “important geographic crossroads.” Dozens of commercial and military ships travel through the strategic strip of water every day, and the deep Djiboutian port on the strait is used by the U.S. and French navies and about 10 other nations, according to a U.S. official.

In addition to speaking with French and U.S. troops at Camp Lemonnier on Sunday, Mattis met with the Djiboutian President Ismail Omar Guelleh and Minister of Defense Ali Hasan Bahdon.

The base is critical for U.S. exercises and operations on the continent, and U.S. special forces use the facility to conduct counter-terror operations against al-Shabab in neighboring Somalia, according to officials.

Mattis’ visit to Djibouti comes less than a month after the White House approved a Pentagon proposal to allow the head of Africa Command to launch offensive attacks against al-Shabab militants in Somalia in support of partner forces.

In a briefing with Mattis Sunday, U.S. Africa Command chief General Thomas Waldhauser said he had not exercised those new authorities, but looked forward to using those “at the appropriate time.”

“We continue to develop intelligence and develop targets, and when we have the opportunity, we will use those,” Waldhauser said.

The general said the United States maintains a “high bar for certainty” on strikes, stressing the importance of gaining a better sense of the battlefield as large numbers of people are moving around in Somalia as a result of a devastating drought and famine. (>> Read more …) 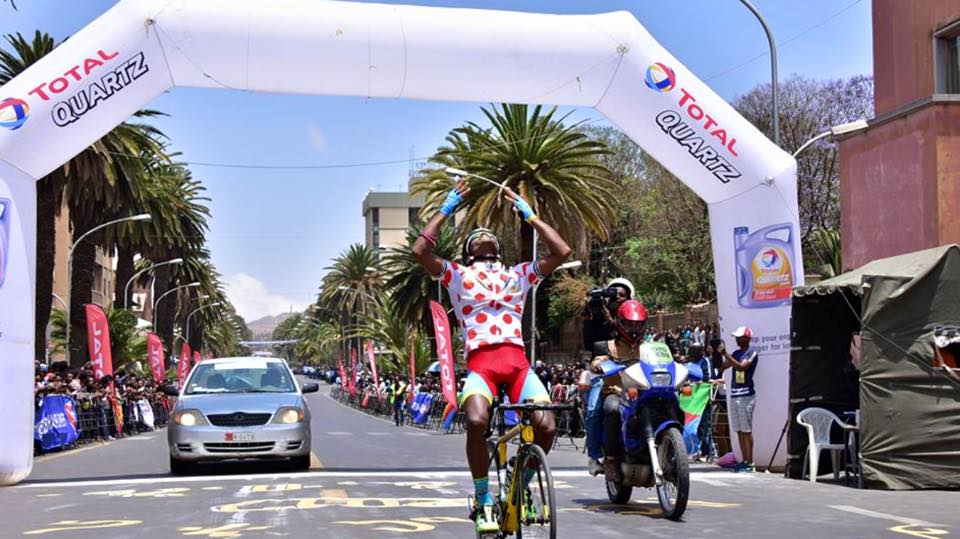 (SHABAIT) – Tour Eritrea 2017 which commenced on 15 April with UCI category 1.2 “Fenkil Challenge” concluded on 23 April with the “Asmara Circuit”. In the race that covered 125.4 kilometers Micael Habtom from Eri-Tel, Yohannes Tesfai from Sembel, Saimon Musie from the Eritrean national team stood from 1st to 3rd respectively.

At teams level Eri-Tel, Sembel and the Eritrean national team stood from 1st to 3rd respectively.

In the 5th and final stage of the Tour Eritrea 2017, UCI’s 2.2 category that was conducted on Saturday from Massawa to Asmara that covered 107.79 k.m. and Zemenfes Solomon member of the Eritrean national team became the winner of the stage, overall classification with the yellow jersey and the king of the mountains. Jin Cloude Awzien and Jin Bosko Sengimana both from the Rwanda national Cycling Team finished 2nd and 3rd respectively and climbed the podium with Zemenfes Solomon.

The national teams from Eritrea, Rwanda, Sudan, Kenya and the Republic of South Africa as well as Eri-Tel, Sembel, Asbeco, Baike-Aid, Amore-Vita and Global teams took part in the Tour Eritrea 2017.