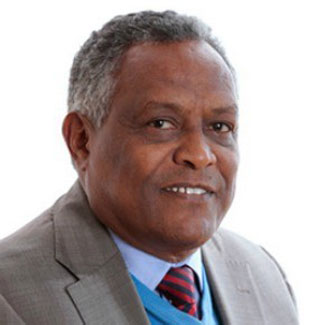 Human Rights can only be adequately realized in an envirornnent of peace,  stability and inclusive development. Therefore holding a high-level discussion on human rights as we embark on the new phase of development initiative, the 2030  Agenda for sustainable development is timely.

The Eritrean people’s 30  years armed and political  struggle for independence was a struggle for human rights and economic  liberation. Therefore after independence at the top of Eritrea’s priorities have been the eradication of poverty, ensuring social justice, and building a sustainable development based society in an environment of peace and social harmony.

Twenty five years after its independence, Eritrea has registered  significant progress in ensuring economic, social and political rights of its people, including through the provisions of basic services and food security for all. As a result, Eritrea has achieved most of the Millennium Development Goals prior to the deadline and is fully committed and engaged in the implementation of the goals and targets of the 2030 agenda for sustainable development.

We can’t discuss Human Rights  in the General Assembly today without pointing out the elephant in the room, the working methods of the Human Rights Council,  a subsidiary  body of this general assembly.

We especially reject the proliferation of country specific mandates,  which seek to punish and isolate countries rather than engage and assist them to fulfil their human rights obligations.

We reiterate  our strong  support for the UPR process  as the most viable and effective mechanism of addressing  human rights.  Since the establishment  of the UPR Eritrea has participated  twice and is working  with full efforts  on the implementation of its recommendations. A UPR implementation   body composed  of all ministries,  civil societies, UNDP, OHCHR  and other partners  has been created.  Eritrea has also recently  signed  a human rights  implementation framework  with the UNDP based on 6 priority  areas including  on the administration  of Justice and liberties among the rest. It has also requested  technical  cooperation  from OHCHR  on three areas of challenges.

Eritrea believes  constructive  engagement  and cooperation  are effective  ways of identifying  the root causes of human rights  challenges  for all countries  and it strongly appeals to member  states and UN bodies  to work  on that framework.

As is the case  for most countries,  human  rights  in Eritrea is not without  challenges,  Eritrea  is committed  to work effortlessly  to overcome  the challenges  and protect the dignity  and rights  of the Eritrean  people.  However,  Eritrea calls for the attention  of this general  assembly  on the two most  serious  collective  punishments   that are perpetuated   against the Eritrean  people.

One is Ethiopia’s   illegal occupation  of sovereign  Eritrean  territories  including  the town of Bademe  for the past  14 years. This is a serious  threat to peace  and security  of the region  and a violation  of the United Nations  charter.

The Second one is the unjust sanctions  imposed  on the people of Eritrea by the United Nations Security  Council,  for reasons  which were  fabricated  and are proven today to be nonexistent.

Collective Punishment is the worst and highest  form of human rights violations. Occupation and unjust  sanctions  perpetuates  poverty,  creates refugees and displaced  people.  It also goes against  the motto and principles  of 2030 Agenda  that “No one should  be left behind”

Diplomatic and political expediency and considerations aside, all justice loving  and human  rights advocates  must  demand  for Ethiopia  to respect  the final and binding  Eritrea and Ethiopia Boundary Commission   (EEBC) 2002 Delimitation and 2007 Demarcation  decisions  and to unconditionally withdraw  from sovereign  Eritrean  territories including  the town of Badme.  The EEBC  is the sole body mandated  by the UNSC  to delimit and demarcate  the Eritrean  and Ethiopian  boarder.  They must  also demand  the UNSC to lift the unjust  sanctions  which  is depriving  the people  of Eritrea  from the right to development.  “No one should  be left behind” means  no one should be left behind,  under  any cover or pretext.