South Africa and Burundi to Withdraw from ICC

Just over two weeks after Burundi confirmed its intentions to withdraw from the International Criminal Court (ICC), South Africa has formally notified the United Nations (UN) secretary general, Ban Ki-moon about its desire to quit the world body.

Several African states, which form the majority of the 124-strong ICC membership, have announced their intention to pull out of the court, as they say all cases the trials the ICC are investigating involve Africans – something they perceive as being biased towards the continent.

Burundi became a global outlier when it officially withdrew from the Hague-based court, which investigates and prosecutes cases of genocide, war crimes and crimes against humanity, on 19 October.

Several media outlets say they have obtained a copy of the “Instrument of Withdrawal”, signed by South Africa’s foreign minister.

“The Republic of South Africa has found that its obligations with respect to the peaceful resolution of conflicts at times are incompatible with the interpretation given by the International Criminal Court,” the document says. 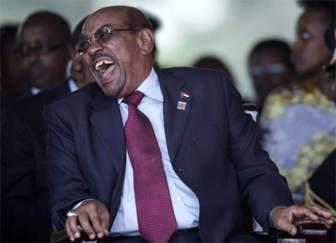 The reported move to leave comes a week after the South African President Jacob Zuma visited Kenya, a country that has been highly critical of the ICC ever since the prosecutor charged its President Uhuru Kenyatta with crimes against humanity.

There are also conflicting legal opinions as to whether South Africa can leave the ICC without parliamentary approval.

Previously, the African Union has urged member states not to co-operate with the ICC, accusing it of bias against Africa.

The 124-member ICC opened in 2002. It is the first legal body with permanent international jurisdiction to prosecute genocide, crimes against humanity and war crimes.

#BREAKING South Africa confirms it will withdraw from ICC: minister

* The BBC World and IBTimes have contributed to the story.