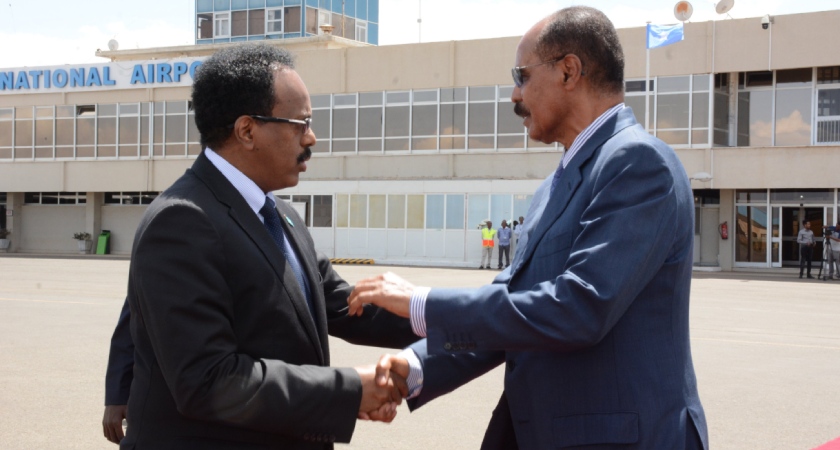 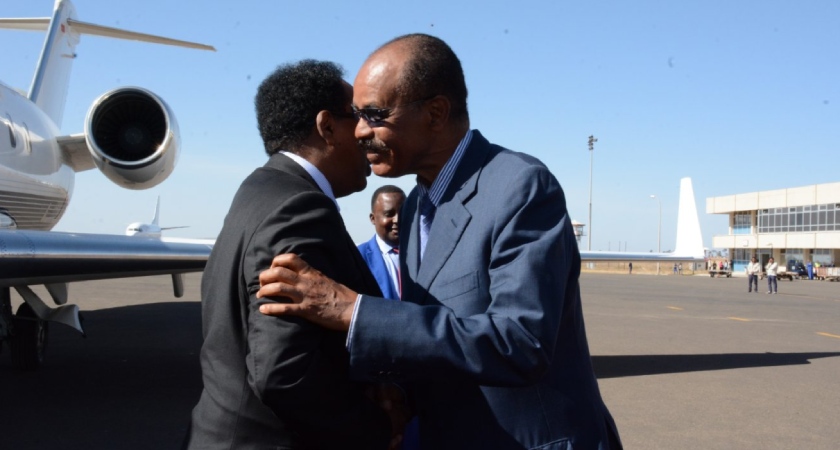 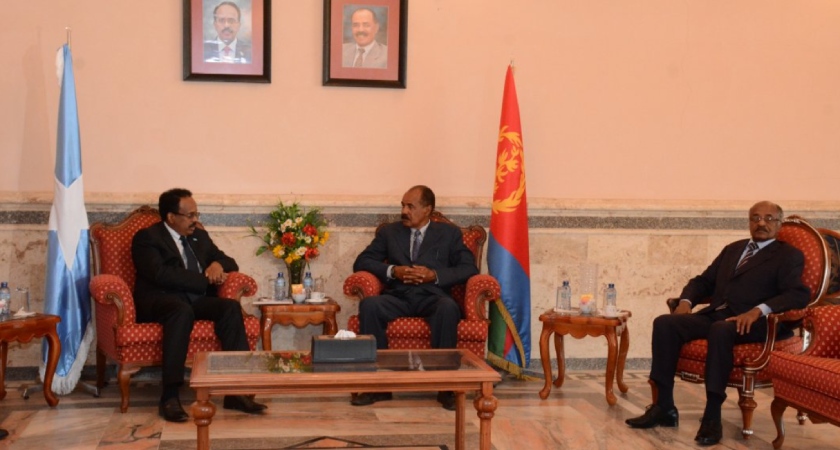 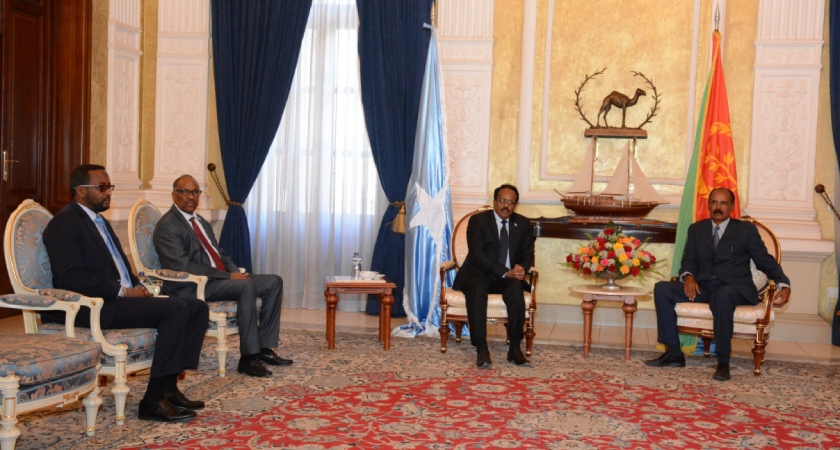 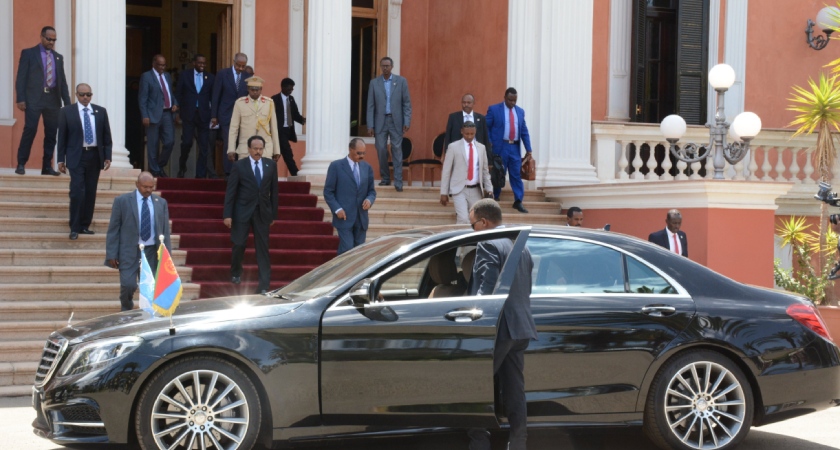 President Mohammed Abdullahi Mohamed of the Republic of Somalia arrived in Asmara in the early morning hour of today, 24 April, for a working visit in Eritrea.

In their meeting at State House today, President Isaias and President Mohammed discussed on reinforcing bilateral relations as well as on regional and international issues of mutual interest.

The two presidents also discussed on the status and progress of Eritrea-Somalia ties of cooperation and partnership as well as vital matters pertaining to Red Sea and Gulf of Aden.

The Somali leader was accompanied by the Minister of Education, Mr. Abdulahi Godax Bare and other senior Somali officials.

President Mohammed traveled to Asmara for the second time in July last year where he and President Isaias agreed to establish diplomatic relations, exchange ambassadors and promote bilateral trade.

The trio met again in Ethiopia in continuing with the tripartite arrangement that was meant at greater regional and economic integration.

The meetings were at the heart of a move by Somalia’s parliament to impeach the president with the reason that he had entered into international agreements without legislative approval.

Somalia's President Mohamed A. Mohamed arrived in Asmara for a working visit in early morning hours today. Pre. Mohamed, who was accompanied by the Minister of Education & other senior officials, was accorded warm welcome by Pre. Isaias on arrival at Asmara International Airport pic.twitter.com/zX8Vwulqh0

* Shabait and Africa News contributed to the story.