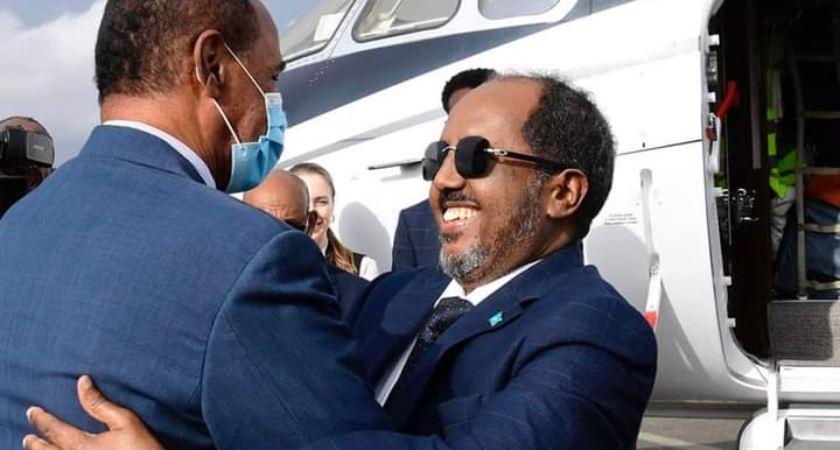 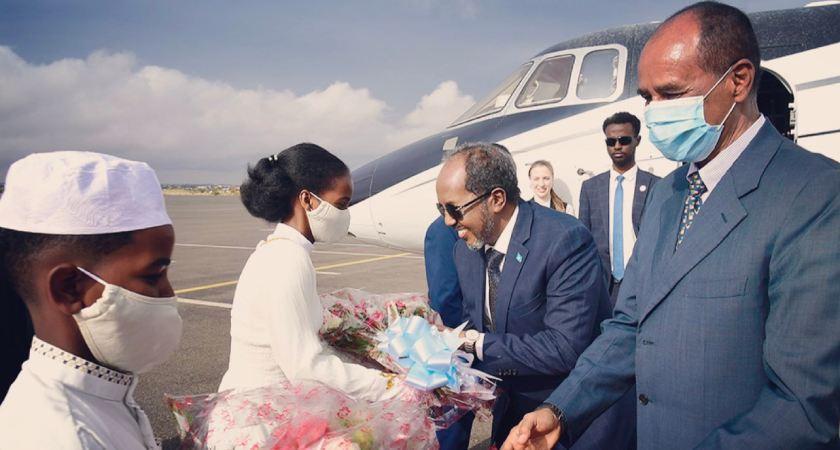 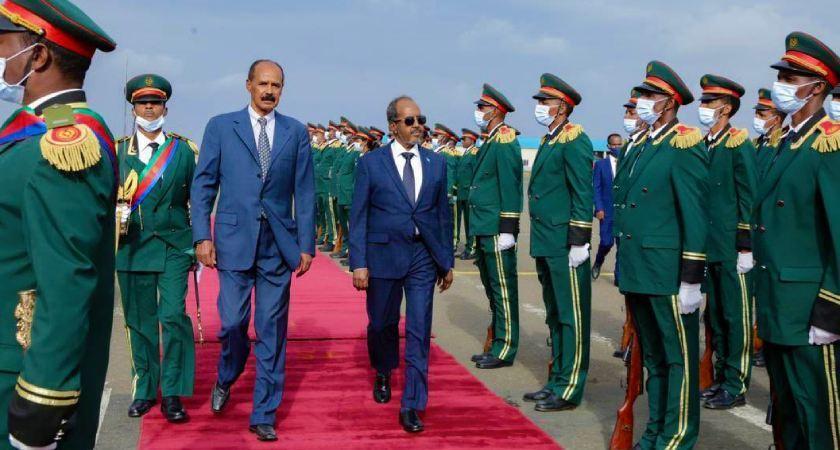 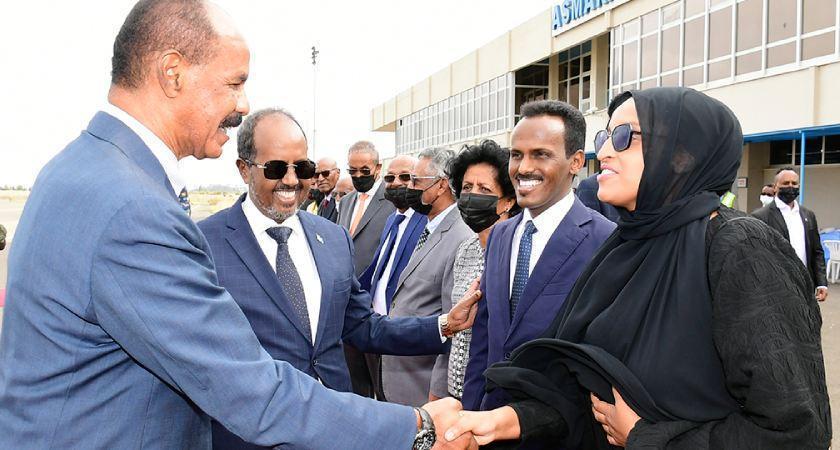 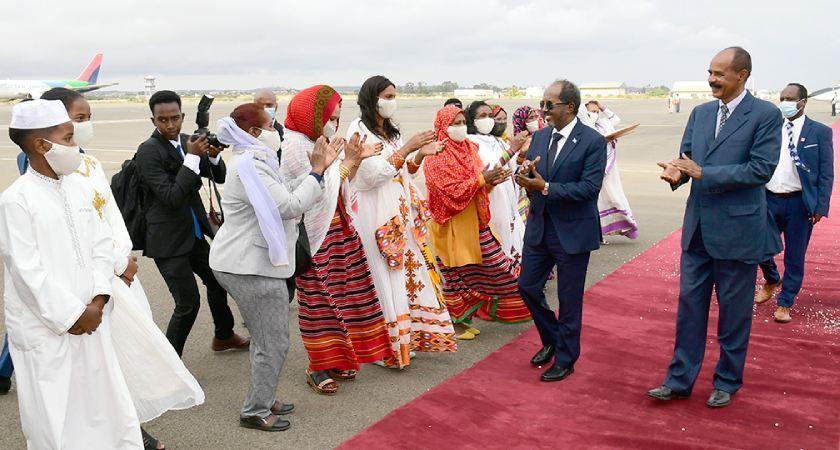 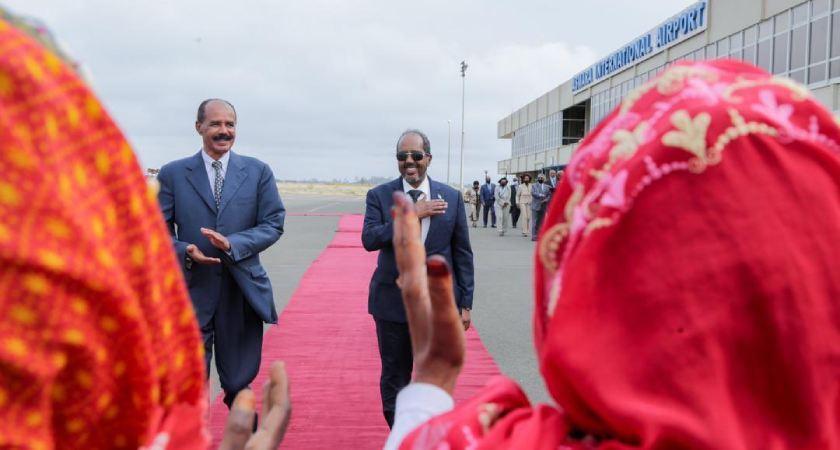 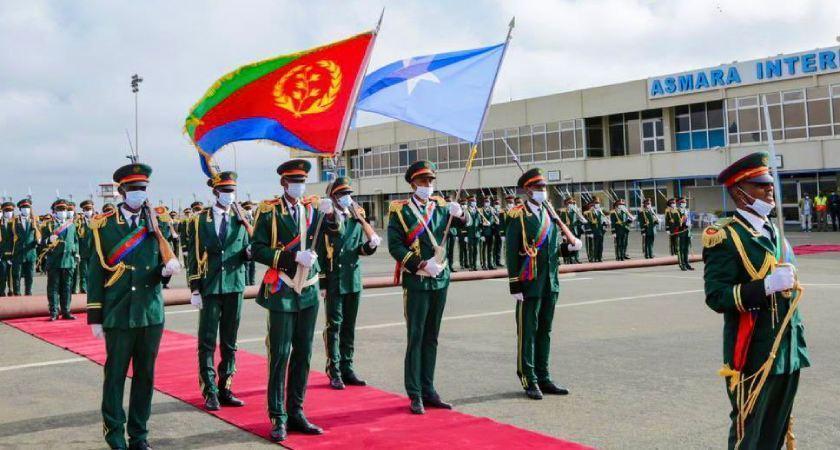 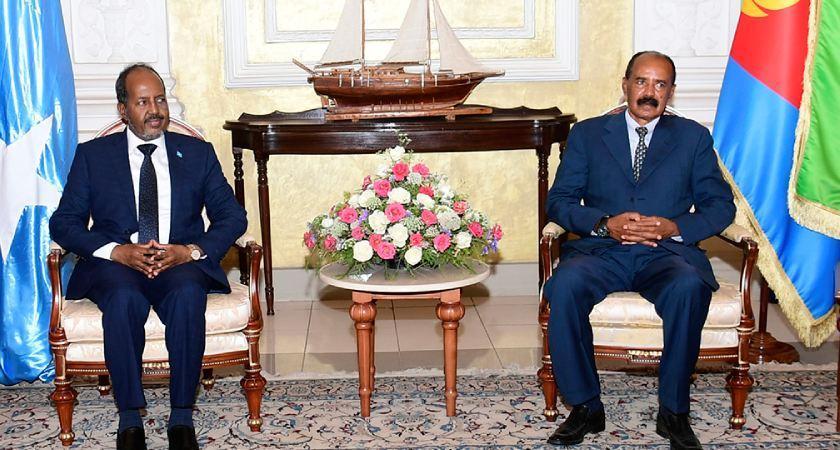 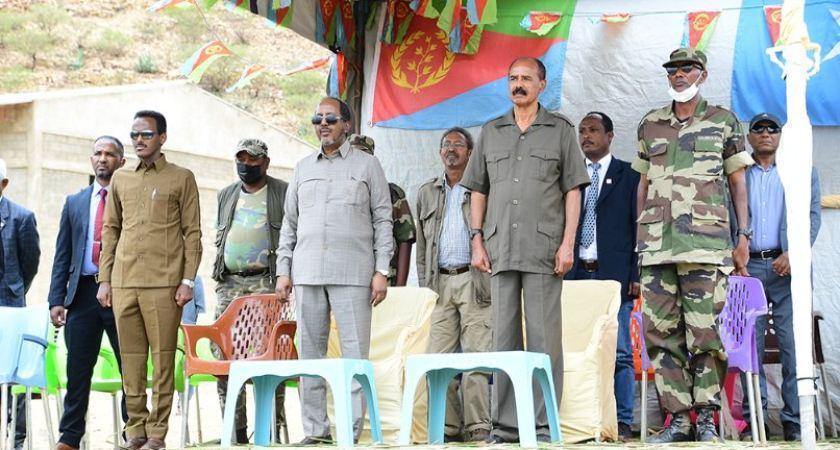 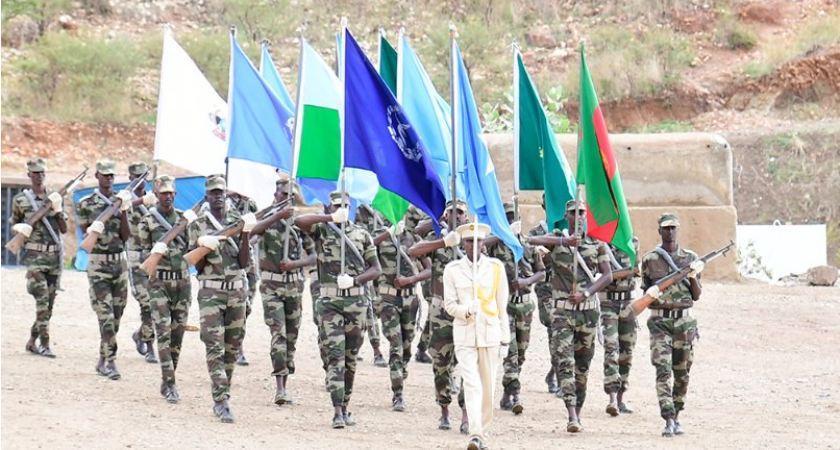 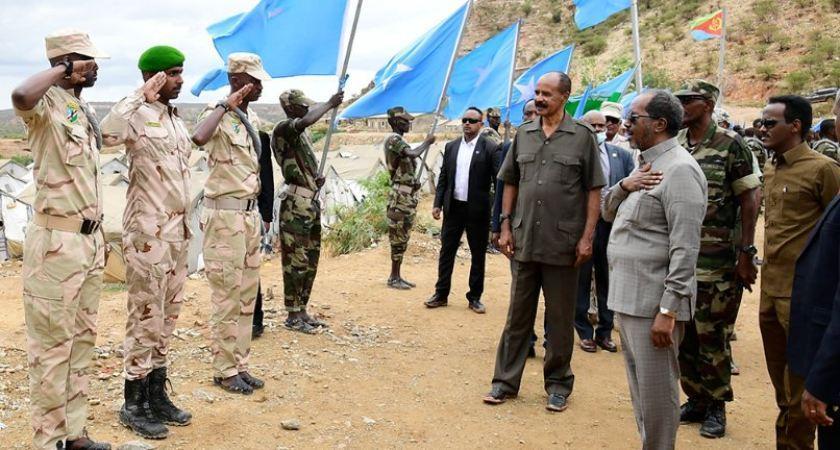 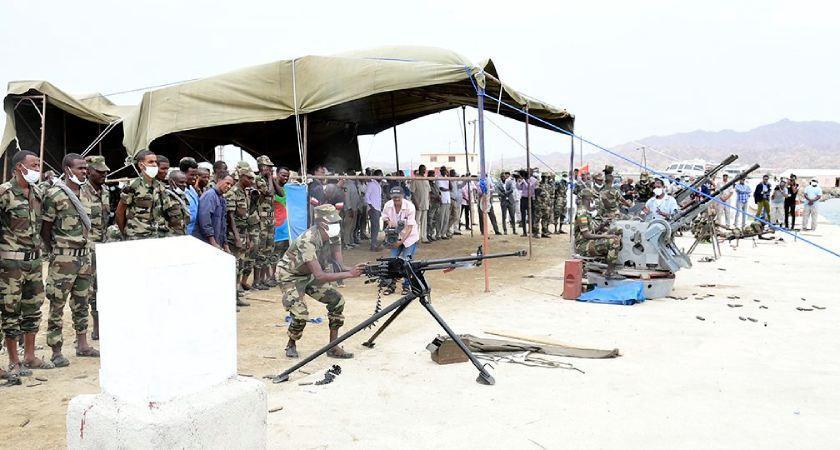 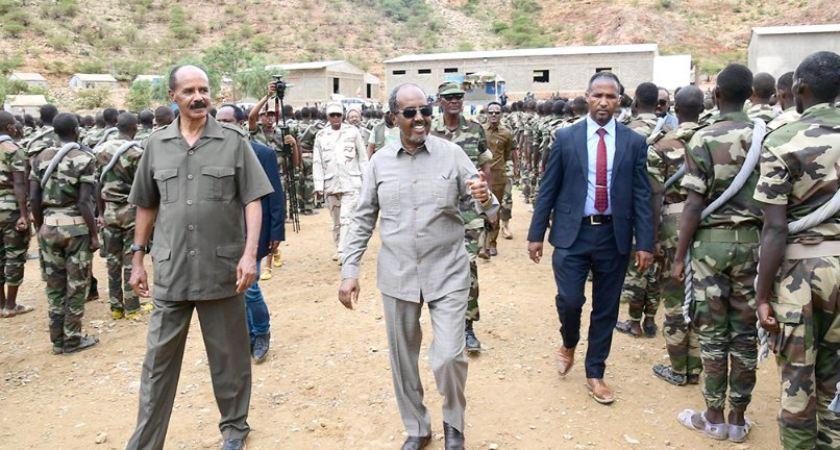 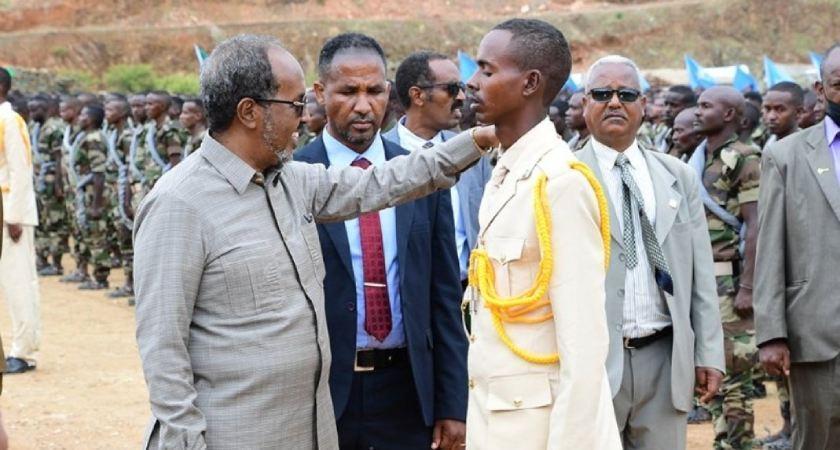 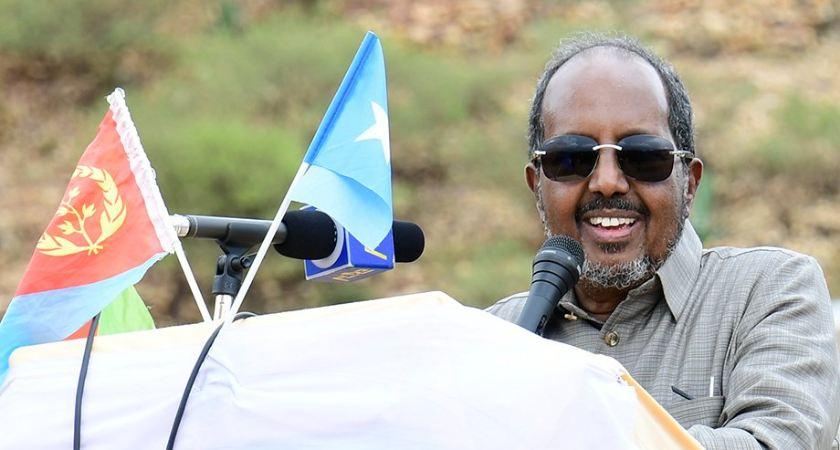 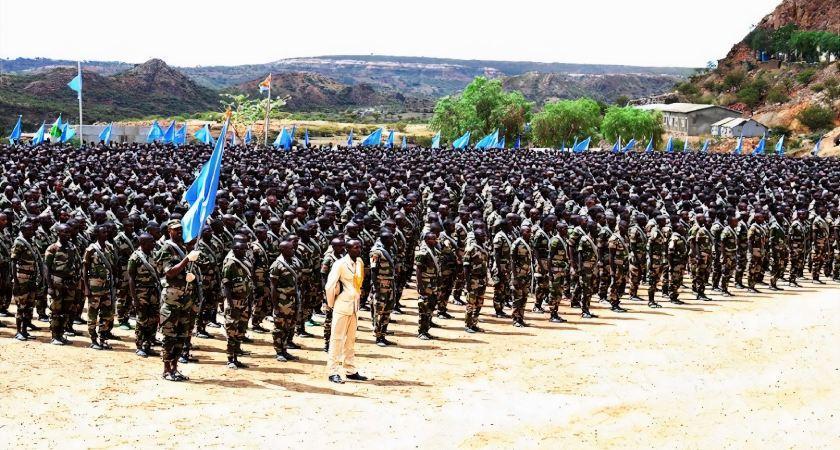 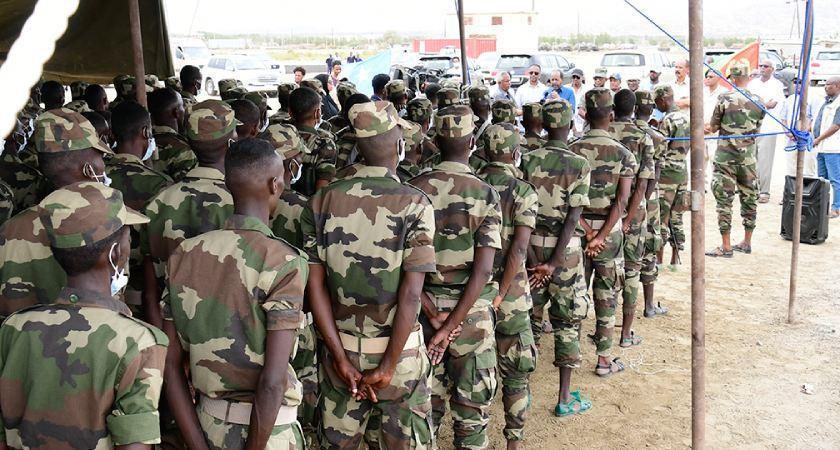 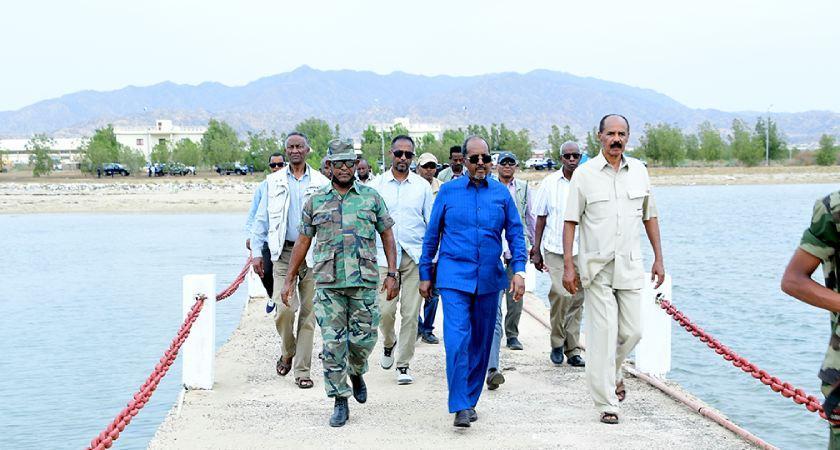 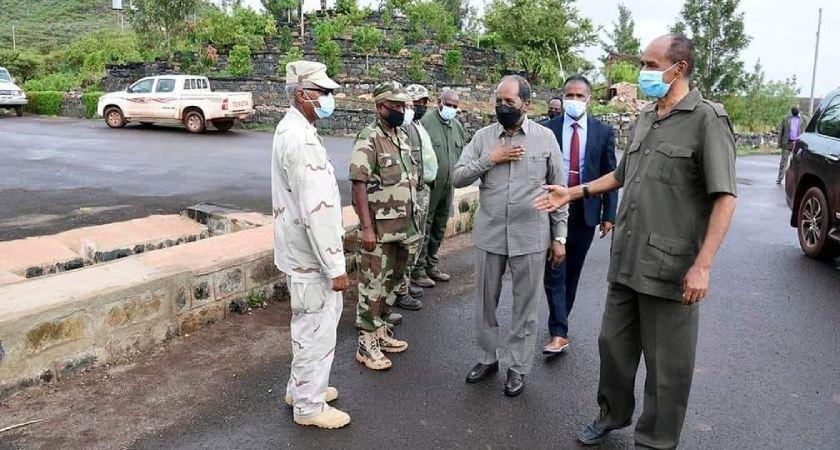 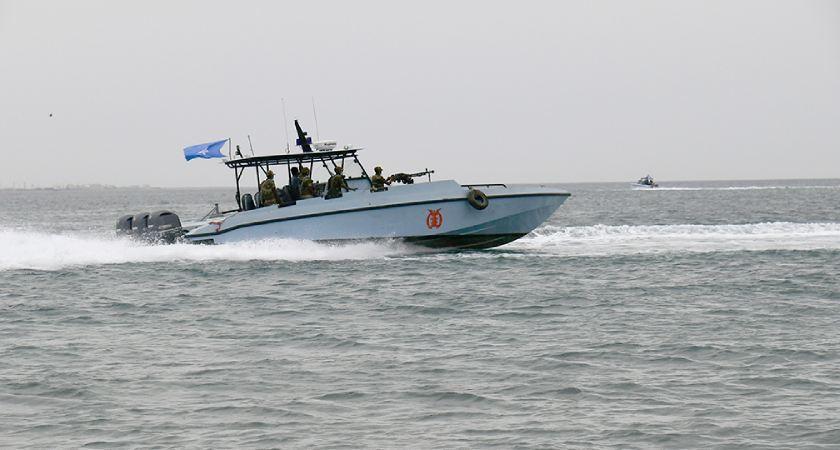 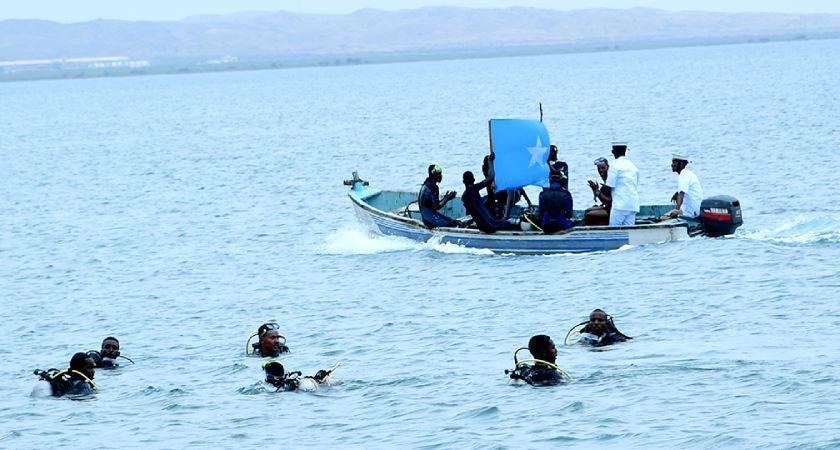 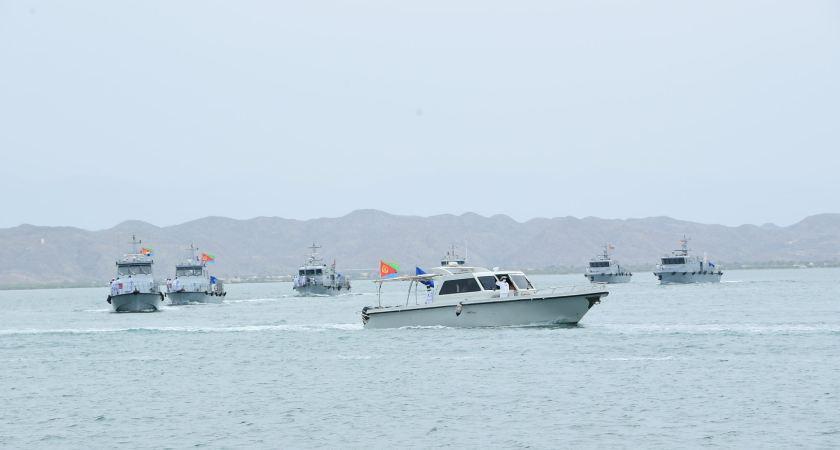 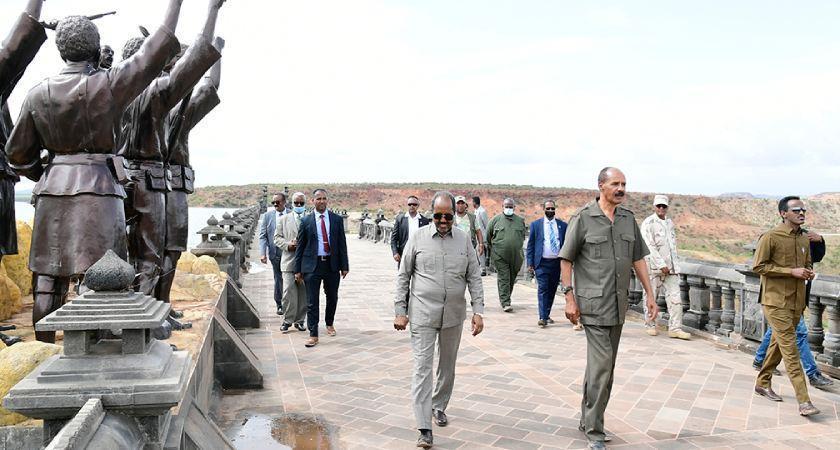 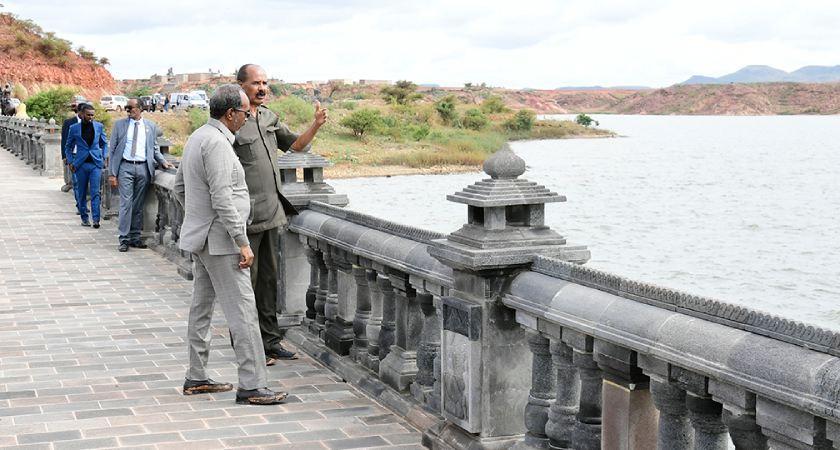 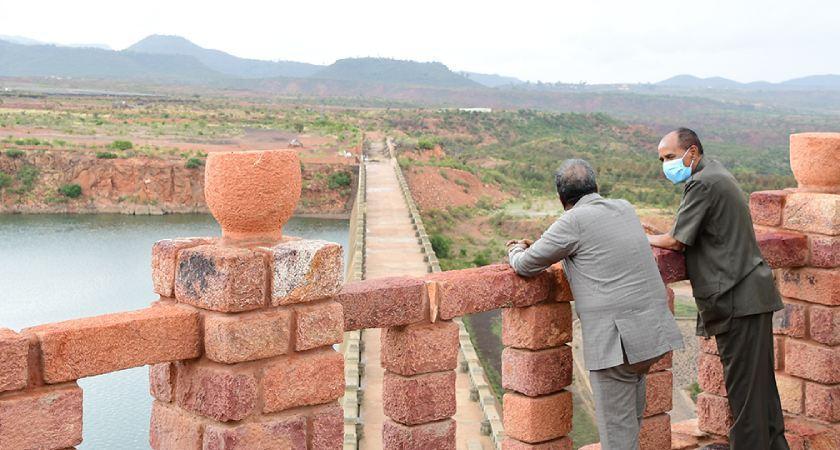 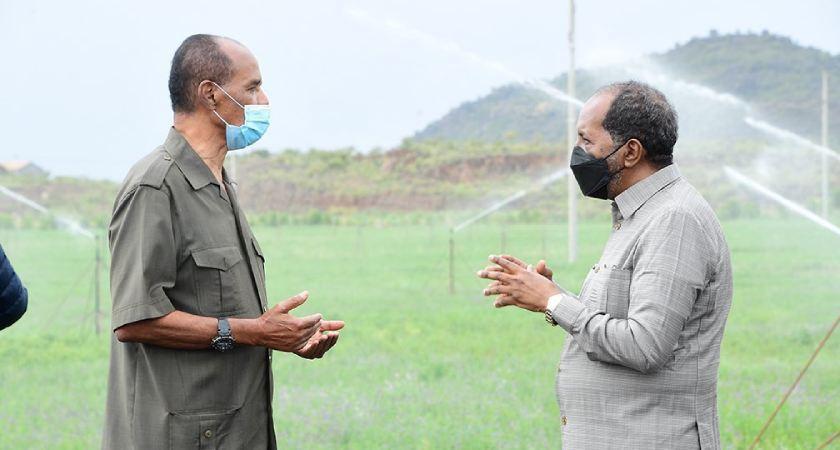 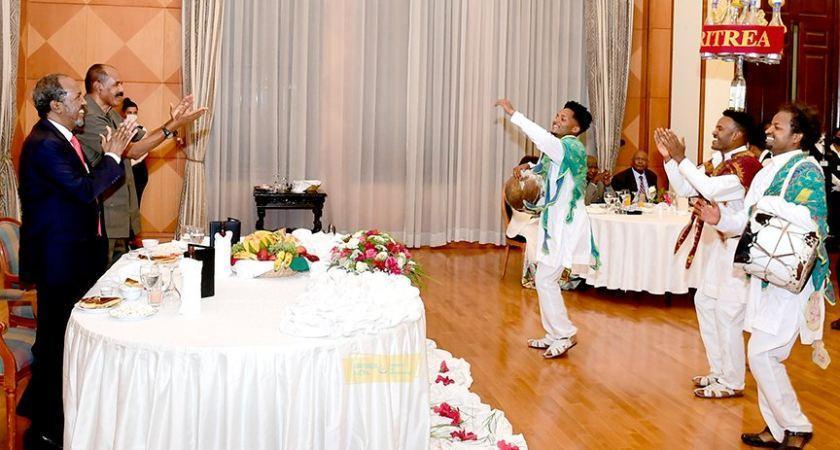 President of the Federal Republic of Somalia, H.E. Hassan Sheikh Mohamud, who is on a four day working visit to Eritrea, presided over a military parade by members of the 5000 Somalia National Army who completed their 3-year military training in Eritrea.

President Hassan congratulated the trainees completing a rigorous training program and underlined contributions they are expected to make in bolstering the Somali National Army.

President Isaias for his part expressed Eritrea’s honor and pride in the endeavor that reflected special and historic bilateral ties.

“Eritrea feels honored and proud to contribute in the training and build up of the Somali national army,” President Isaias said.

The Commander of the trainees explained that they have been provided with adequate military training and gained experience from the people of Eritrea on building one and united country and that they are ready to discharge their national obligation.

The Somali soldiers training in Eritrea comes amid closer regional cooperation among the leaders of Ethiopia, Eritrea and Somalia, and the first group of cadets was flown from Mogadishu to Eritrea on August 19, 2019.

Somali forces previously get trainings abroad in countries like Turkey, Uganda and Djibouti. The Eritrea operation differs because it was run by Somalia’s National Intelligence Agency (NISA), not the Ministry of Defense, and has been kept secret to avoid unnecessary attention.

In his message to the naval trainees, President Hassan Sheikh Mohamud expressed his high confidence in the trainees who are the seeds of the Somali Naval Forces which was strong at one point in time and which is being rebuilt currently. pic.twitter.com/3CqRAJP81b

The idea to train Somali troop in Eritrea came from President Isaias during his first visit to Mogadishu on December 13, 2018.

“The Eritrean president said he wants to help Somalia,” said a high-ranking Somali official, who added that President Isaias wanted to reciprocate Somalia’s past support for the Eritrean People’s Liberation Front (EPLF) in the 1970s and ’80s.

President Farmaajo handed over his presidency to Mr Hassan Sheikh Mohamud on May 23rd, 2022. During the ceremony, he announced that the 5,000 soldiers that had been sent to Eritrea had completed their training in mid-2021 and are ready for deployment and liberate parts of Somalia that are still controlled by the Al Shabaab terrorist group.

“My brother, 5,000 soldiers had been trained in Eritrea. I assure you they will help your government overcome security problems … They are ready, and you can bring them home anytime,” he said.

He added his government could not repatriate them due to the political tensions at the time related to the election.

Since assuming office in late June, President Hassan Sheikh Mohamud has visited the UAE, Turkey, and now Eritrea as part of his effort to widen Somalia’s international relations.