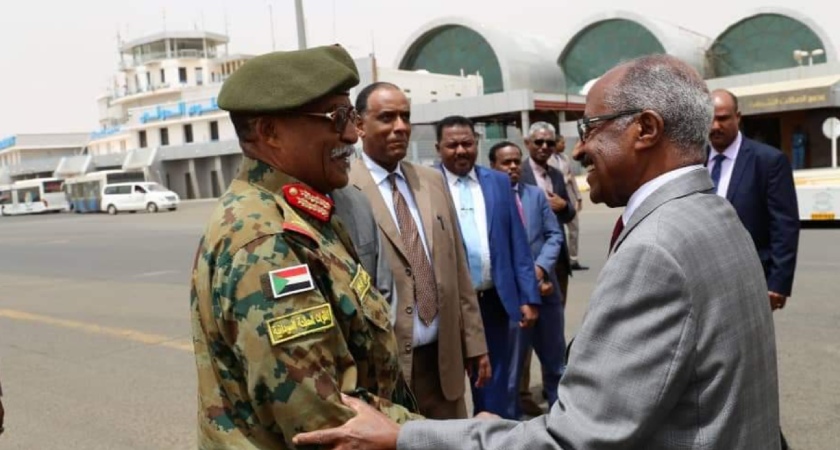 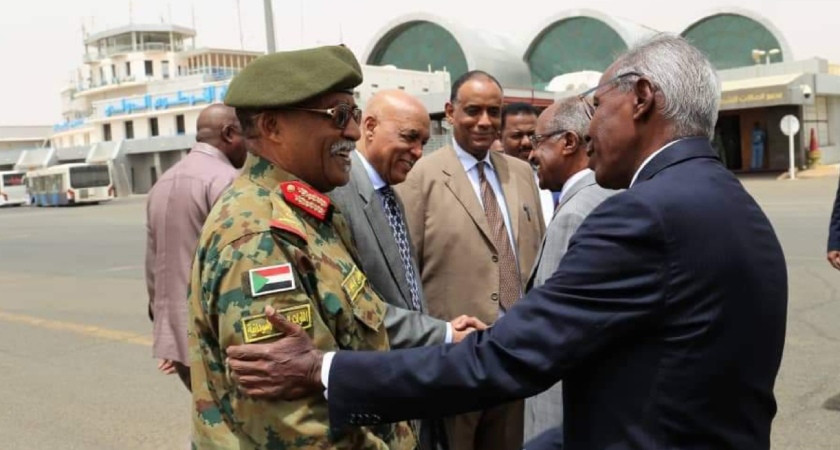 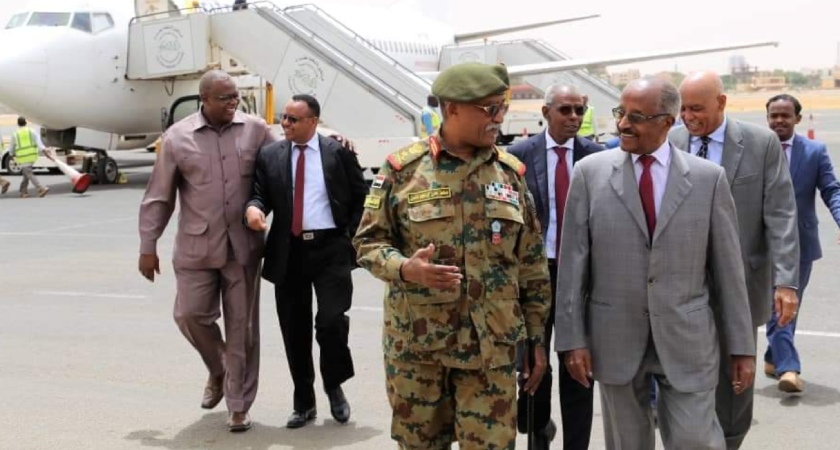 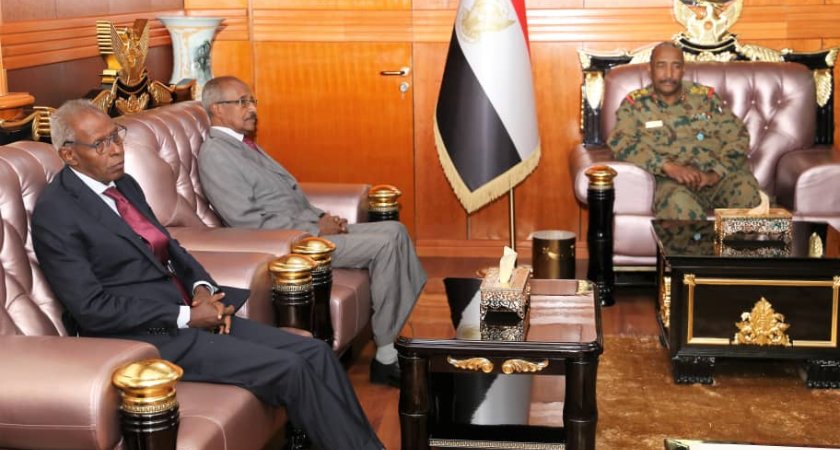 In his message, President Isaias expressed support of the Government of Eritrea to the successful transitional process the Sudanese political forces and the Transitional Military Council are conducting. President Isaias also expressed strong expectation to develop the new era of cooperation between the two countries to the highest level.

Commending the solidarity Eritrea is demonstrating in solving the issue in Sudan based on good neighborliness, Let. Gen. Abdel-Fattah Al-Burhan expressed his country’s readiness to restore the relations between the two countries.

The Eritrean delegation also met and held talks with the Deputy Chairman of the Transitional Military Council as well as with the head of the Political and Security Committee.

Upon arrival at the Khartoum International Airport, the Eritrean delegation was welcomed by Let. Gen. Mohammed-Ali Ibrahim, General Secretary of the Office of the President.

Sudan’s protest movement accepted an Ethiopian roadmap for a civilian-led transitional government. However, it appears the ruling transitional council rejected the plan which could have ended the political deadlock.

Ethiopia’s proposal suggests that a ruling sovereign council would be made up of seven civilians and seven members of the military, with one additional seat reserved for an impartial individual, according to Reuters.

The TMC spokesman, Lieutenant General Shams al-Din Kabbashi, instead said on Sunday that he agreed in principle to the African Union (AU) plan.

“The African Union’s initiative came first,” said Kabbashi, adding that the council had not studied the Ethiopian initiative, which he described as unilateral.

Details of the AU proposal were not immediately known.

Kabbashi said that Ethiopia and the AU needed to unify their efforts to mediate between the council and the opposition coalition spearheading of months-long pro-democracy protests.

“We asked the mediators to unite their efforts and submit a joint paper as soon as possible to return the parties to negotiations,” Kabbashi said.

Ethiopia has led diplomatic efforts to bring the protest and military leaders back to the negotiating table after a crackdown against the pro-democracy movement led to a collapse in talks. According to protest organizers, security forces killed at least 128 people across the country.