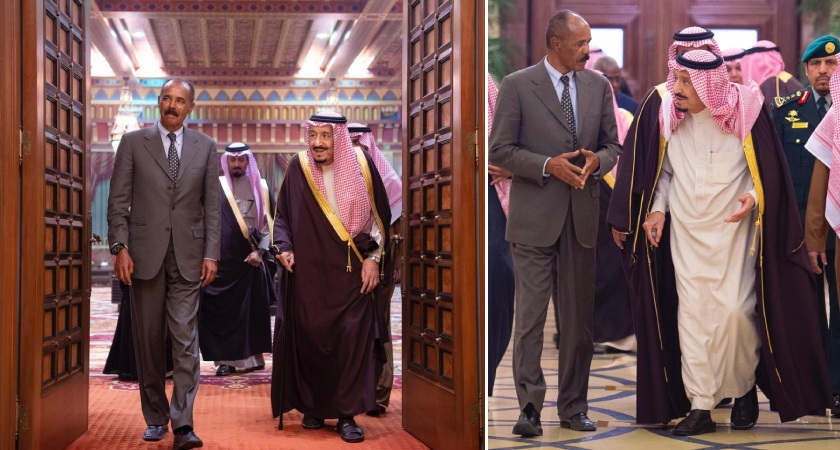 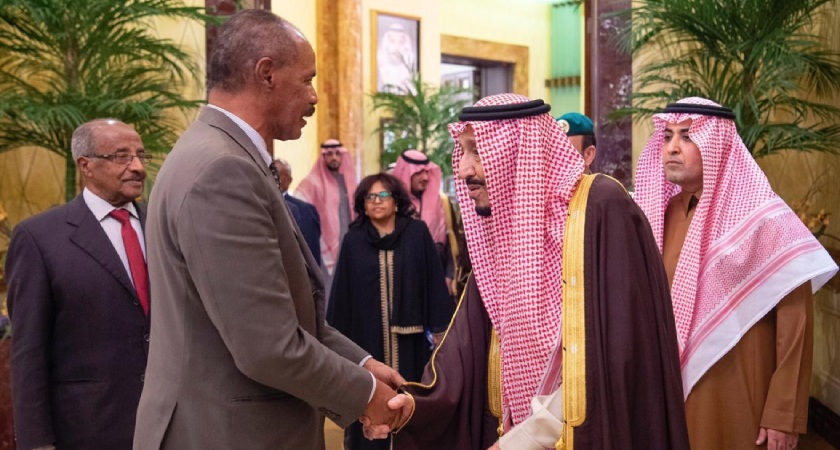 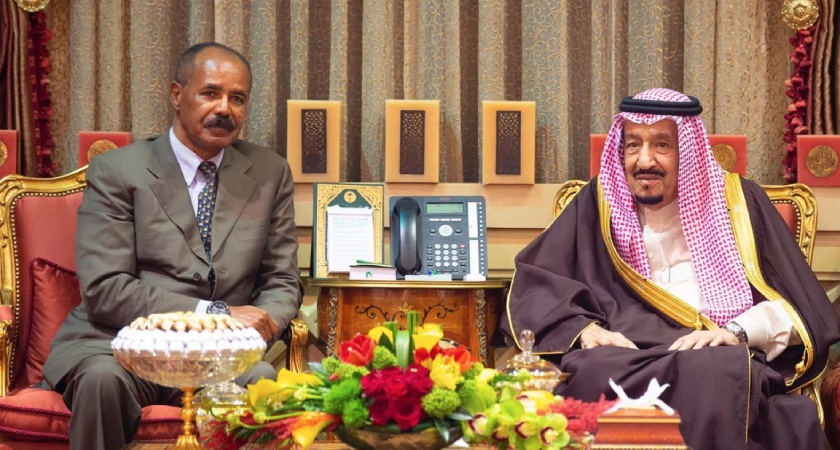 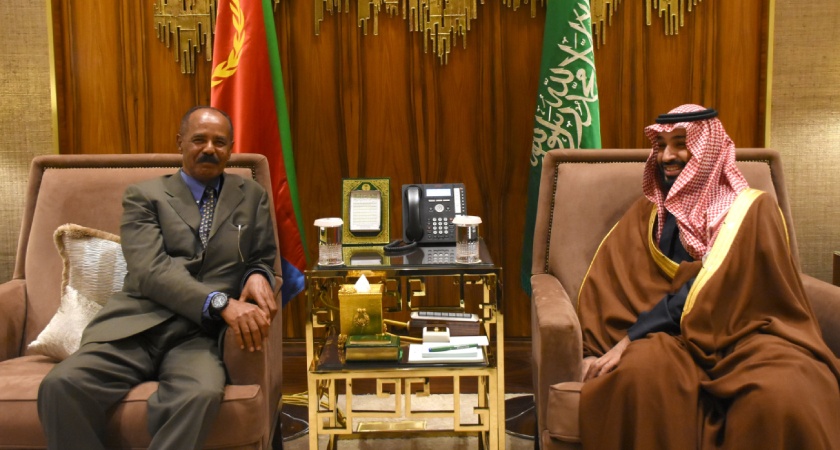 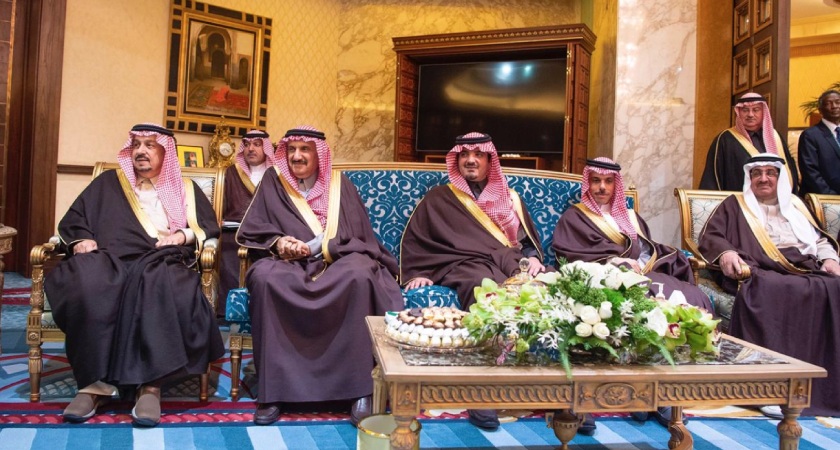 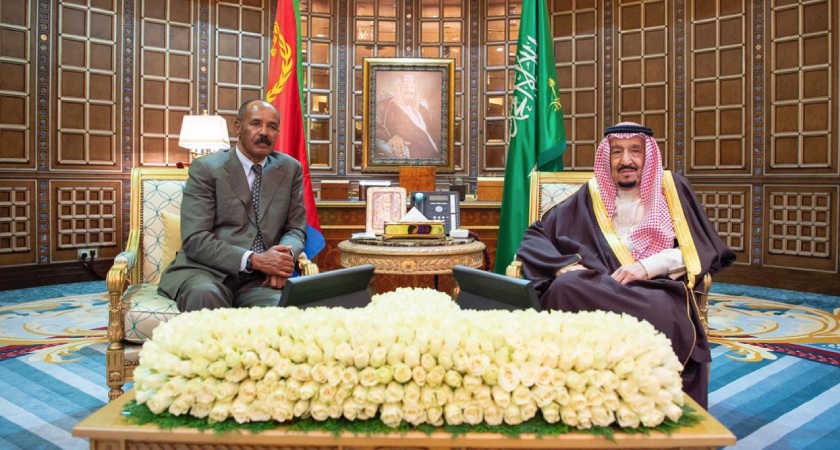 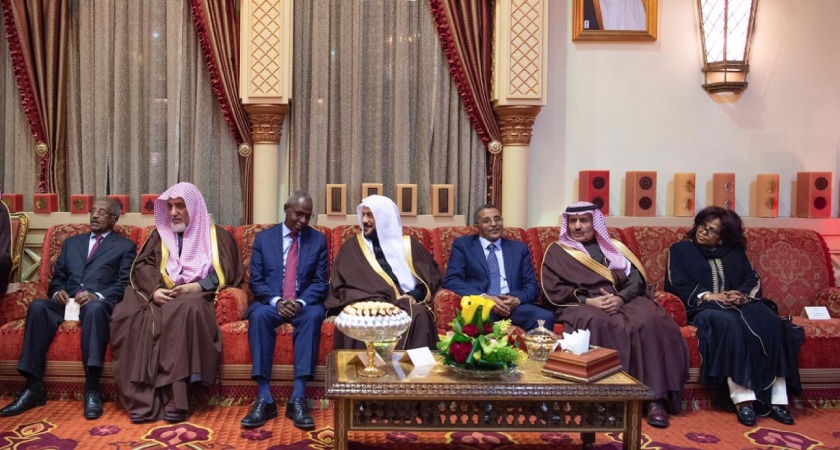 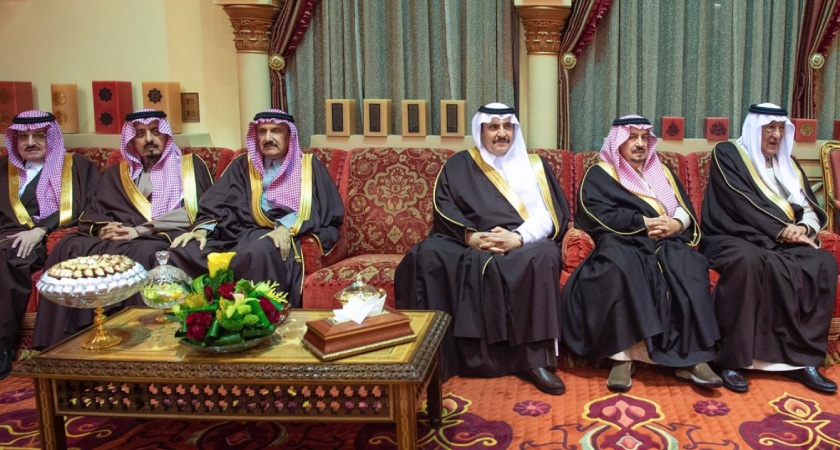 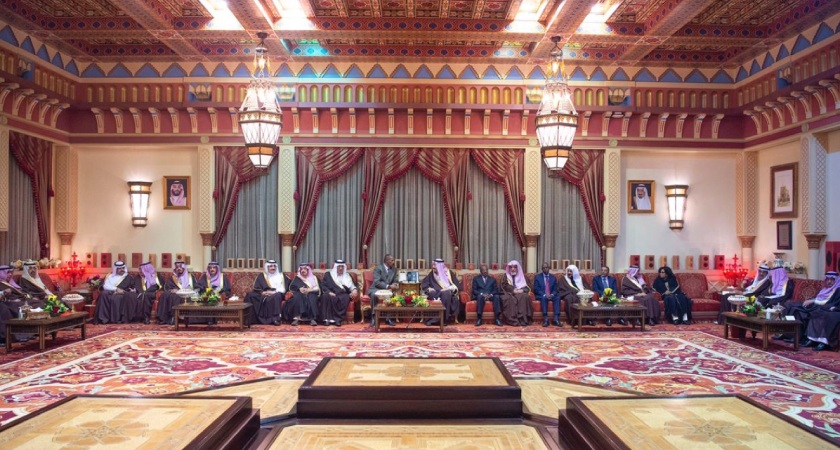 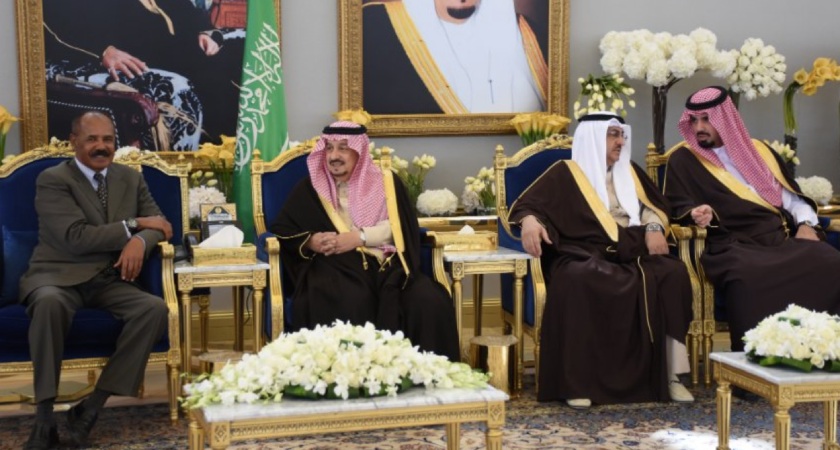 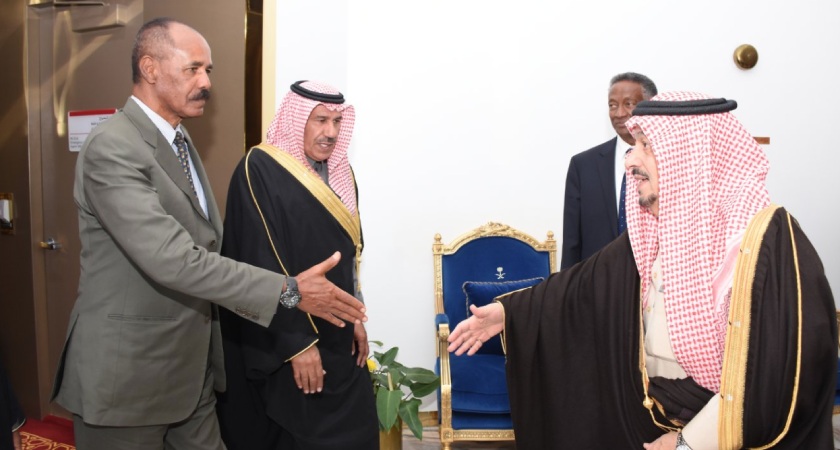 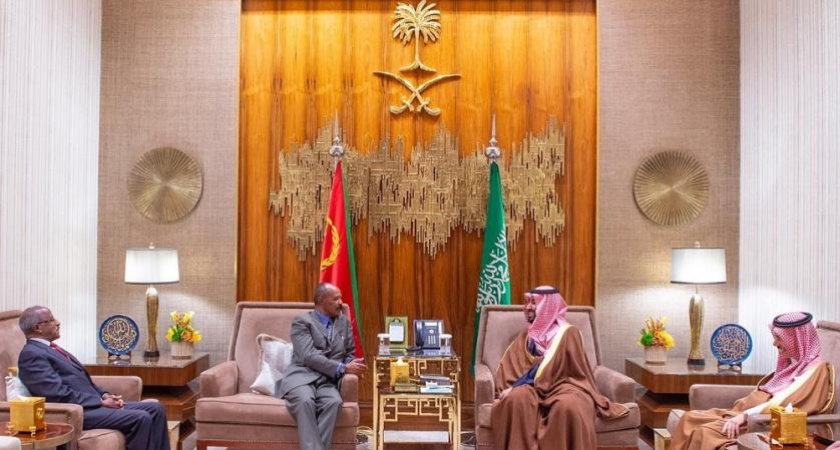 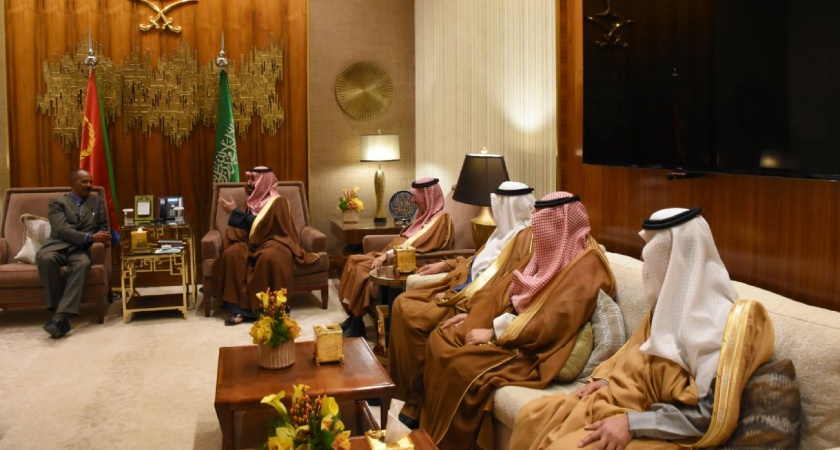 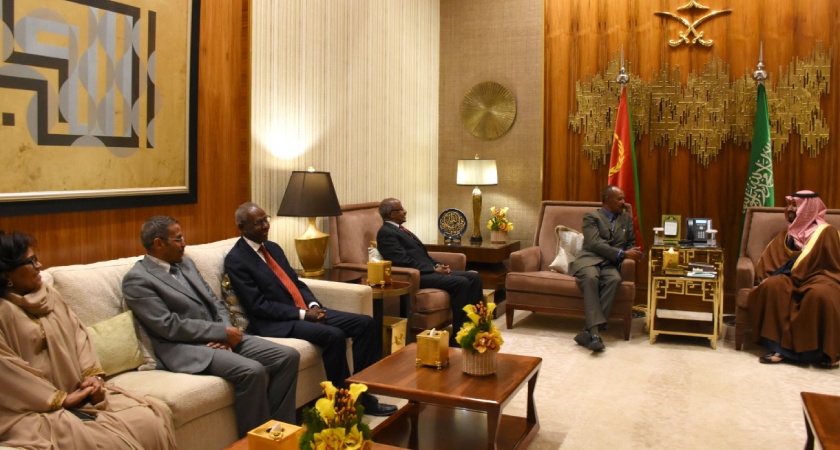 On the invitation of King Salman bin Abdulaziz Al Saud, President Isaias Afwerki departed to Riyadh this morning for a three-day official visit to the Kingdom.

Later in the day, President Isaias Afwerki met with His Majesty King Salman bin Abdulaziz Al Saud at the royal palace for a broad exchange of views on bilateral and regional issues of mutual importance.

During the meeting, King Salman stressed the long-standing relations and vital common interests between the two countries and the readiness of Saudi Arabia to strengthen mutual cooperation.

King Salman also applauded Eritrea’s role for peace and regional cooperation in the Horn of Africa and the Red Sea.

President Isaias Afwerki on his part thanked King Salman and the Kingdom of Saudi Arabia for their solidarity with Eritrea and added that Saudi Arabia and the countries of the region have primary responsibility for peace and development of the neighbourhood.

During their subsequnet talk, King Salman emphasized the importance and role of the newly formed ‘Council of Arab and African States bordering the Red Sea and Gulf of Aden’ in developing and enhancing opportunities for cooperation in various fields.

Eritrea was one of the founding members of this Council and signed the Council’s founding Charter last month along with six other Red Sea littoral states, namely Egypt, Jordan, Yemen, Sudan, Djibouti, and Somalia.

The ‘Alliance’ was meant to tackle issues on the responsibility of Red Sea states to prevent the intervention of any foreign country in the affairs of this sensitive area. It also aims to achieve joint interests at the Red Sea basin.

According to Saudi gov’t news agency SPA, today’s talk between President Isaias and King Salman was attended by:

– Minister of State, Member of the Council of Ministers, Advisor to the Custodian of the Two Holy Mosques (King), Prince Dr. Mansour bin Miteb bin Abdulaziz

– Saqr bin Sulaiman Al Qurashi, Ambassador of the Kingdom of Saudi to the State of Eritrea.

President Isaias Afwerki underlined in the meeting that the profound economic and social transformation underway in the Kingdom is of immense significance to the entire region. pic.twitter.com/EkyS2P9CXx