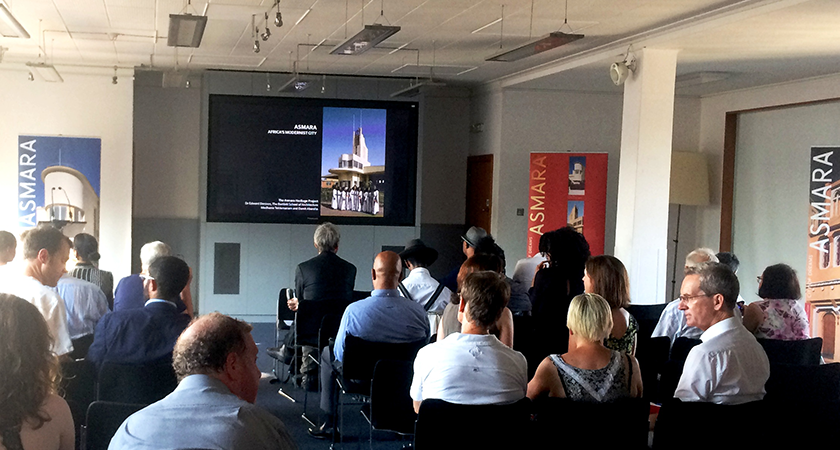 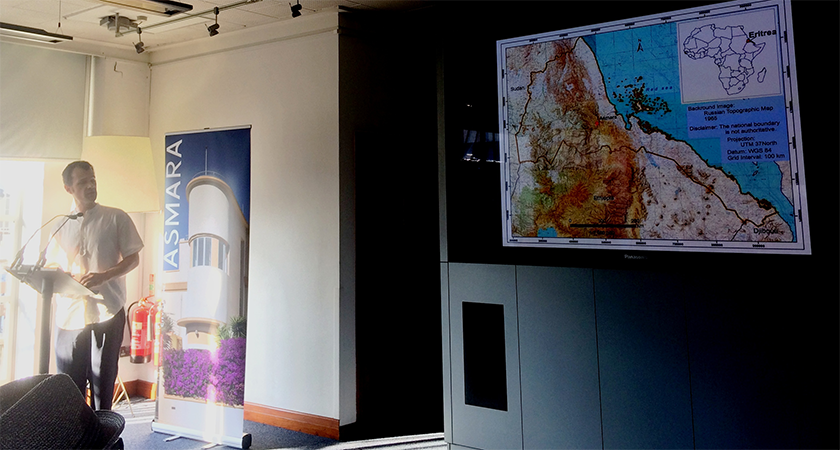 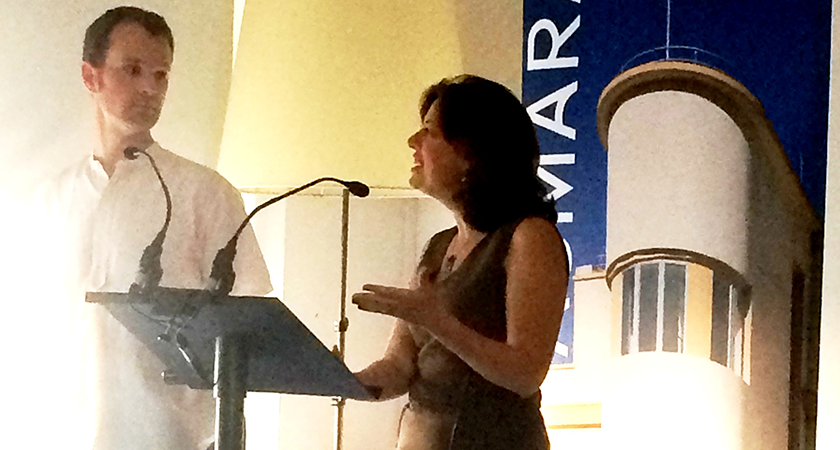 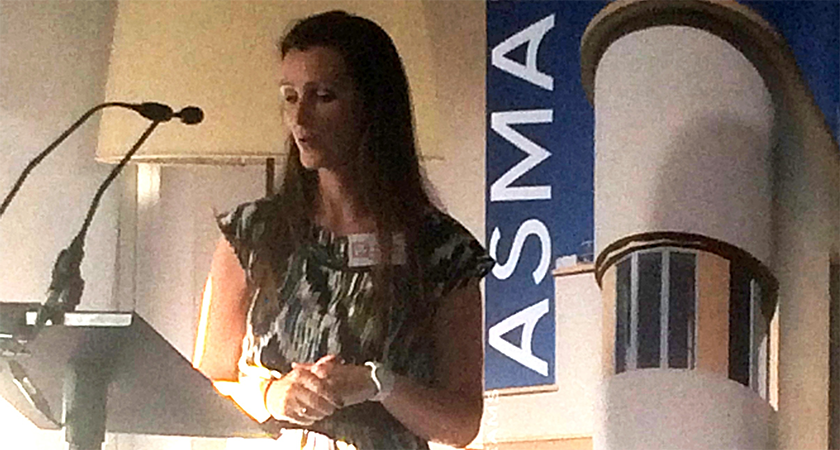 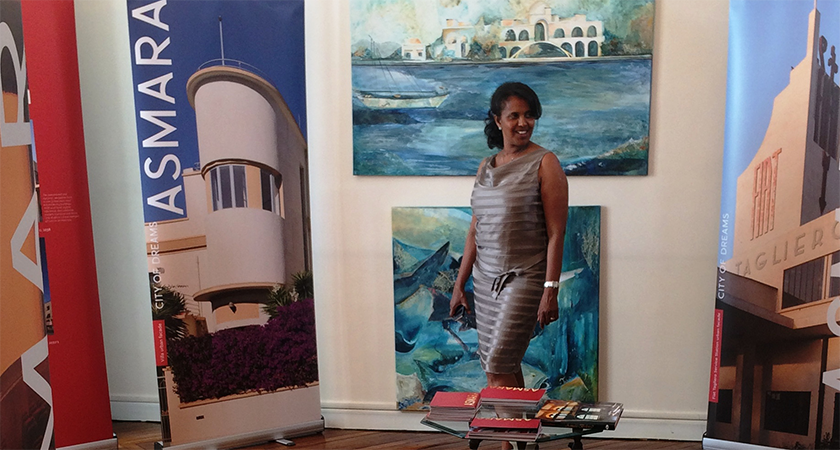 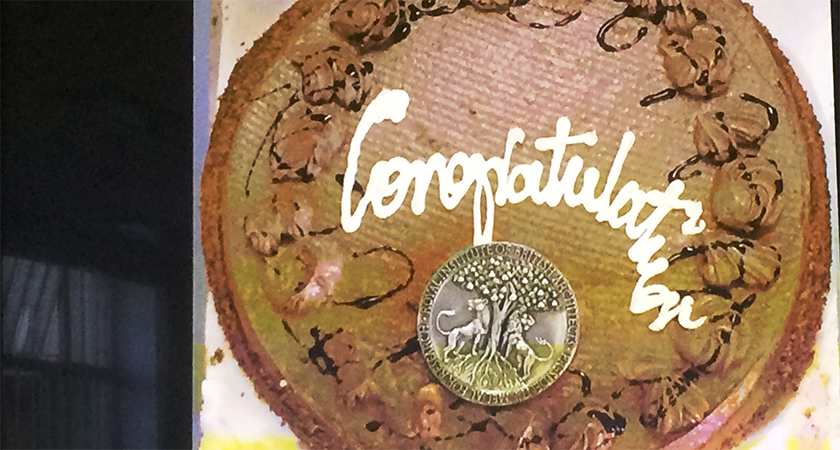 The research supported by the Asmara Heritage Project Team forms part of the State of Eritrea’s first ever application list Asmara as a UNESCO’s World Heritage Site.

As a continuation of this and to bring awareness to the campaign, on the 21st June 2017 Dr. Edward Denison, presented the research and endeavor behind Eritrea’s first ever application to UNESCO for inscription on the World Heritage List.

Dr. Kat Matindale, Head of Research of Innovation at RIBA, gave an opening speech before introducing Dr. Edward Denison. The presentation was organized into five areas summarized on the extensive research based on over two decades of research and the application itself took almost four years.

The presentation at RIBA is thus a continuation of the larger effort to create awareness before the UNESCO World Heritage Committee convene from 2 – 12 July 2017 at its 41st session which will be held in Krakow, Poland.

It is also to be recalled, Ambassador of the state of Eritrea to France and Permanent Representative to UNESCO, Mrs. Hanna Simon invited various ambassadors last week to an exhibition and also held a reception at the UNESCO Head Office in Paris together with Eng. Medhanie Teklemariam from the Asmara Heritage Project.

The exhibition “Asmara City of Dreams” was also opened from 15th – 19th of June 2017 at the Embassy of the State of Eritrea in Paris. The campaign underway was being held with a view of placing Asmara in the UNESCO World Heritage List.

The scientific committee ICOMOS (International Council on Monuments and Sites) has already approved and passed it on to UNESCO. This is credit to the people involved in the project with 85,000 archives scanned at Asmara municipality, 4,300 buildings mapped measured to the last inch producing nomination dossier of 1,400 pages long which is costly and complex.

With Europe having 425 sites and Africa only having 85 sites shows the profound cultural inequality, the application has used three out of the six selection criteria and is hoped that Asmara will redress the imbalance.

After the independence of Eritrea, there was a time of boom and buildings were being constructed and Nakfa house was built, which raised a question on architecture and how the city would look. There was also a proposal by a German company to demolish old buildings in the center of Asmara and build four high-rise buildings, which would have affected the city, which is considered to be a national monument.

However, a consultation was conducted with stakeholders, who had strong history with the buildings and a moratorium on building development in the city of Asmara was put in place in 2001. There is a strong motive to allow development, however, the moratorium on building has helped in understanding the characteristics, and to protect the integrity and to this regard, Eritrea has passed a law last year.

A conservation management plan and legislation has also been put in place. To create this understanding a series of workshops was conducted with stakeholders from the commercial community, youth groups, women’s groups and the like. Wide public dissemination of the project has also been conducted to create the level of awareness to the project.

For Eritrean’s though, it’s not only about architecture and planning, but also about the role the city played during the liberation struggle, and there is strong evidence of assimilation to make it their own. Infused photos from the time of colonization on how Eritreans were devoid from their city and now the reclamation of the city by Eritreans clearly culminates the liberation struggle as the book ‘To Asmara’ fits with the whole picture.