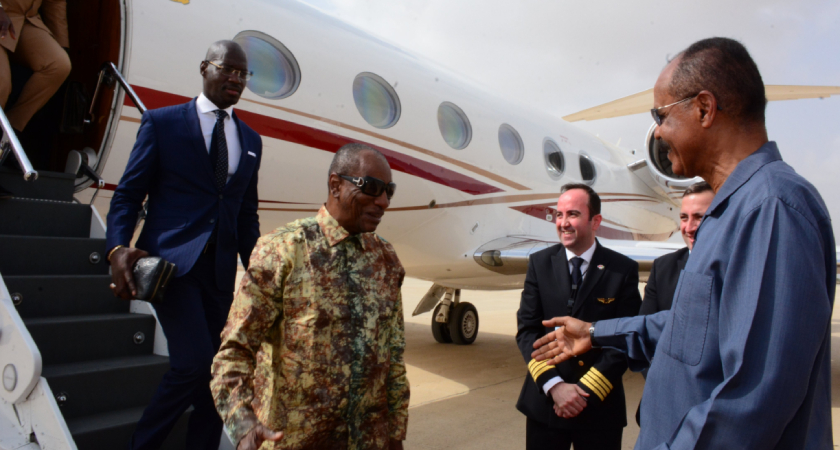 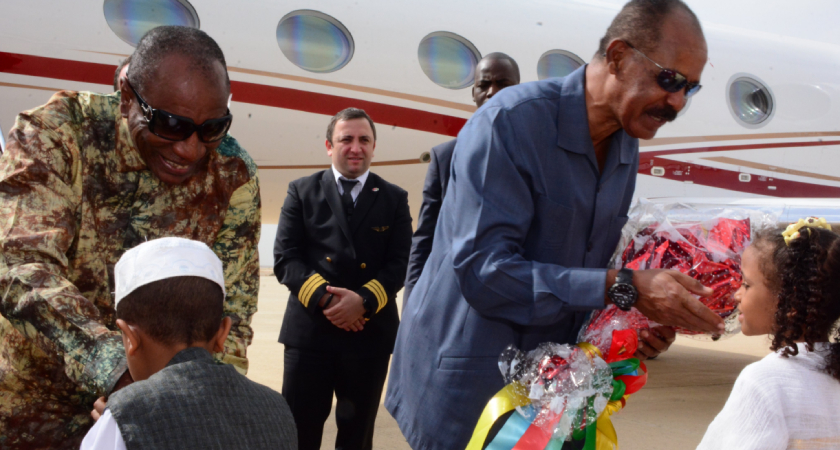 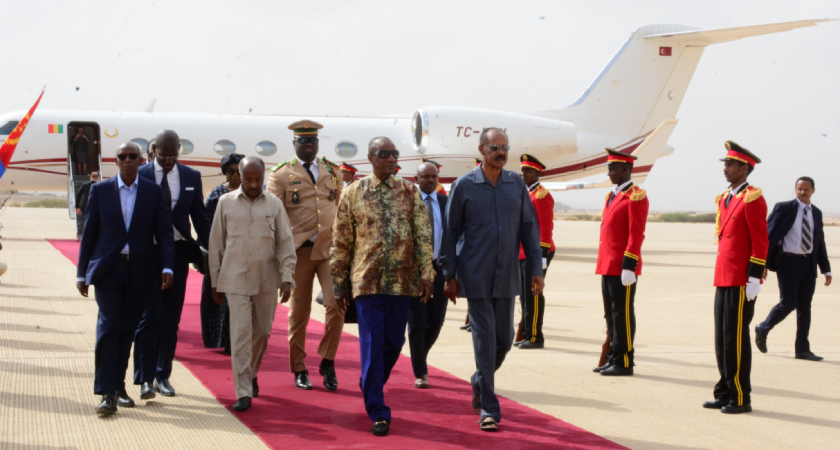 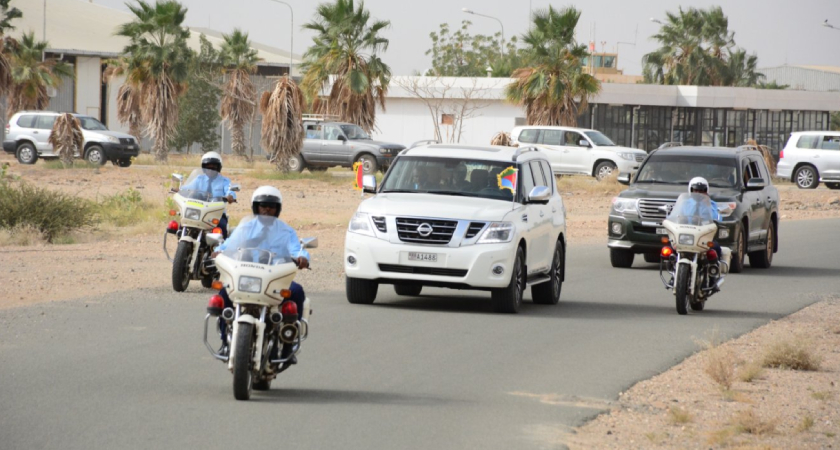 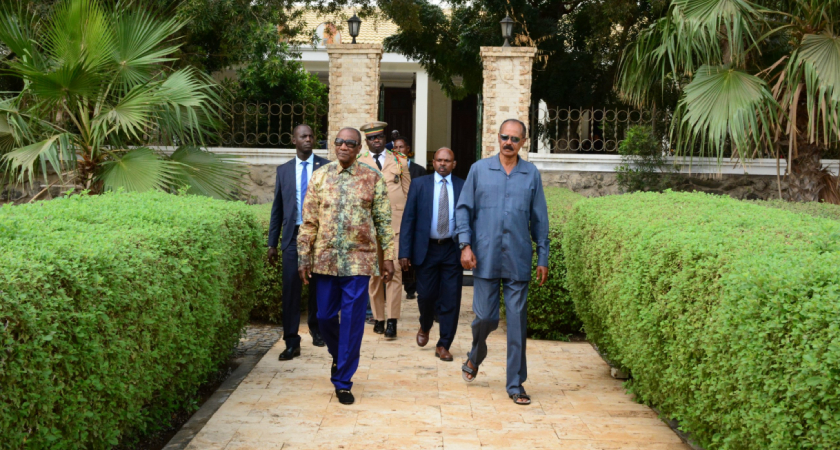 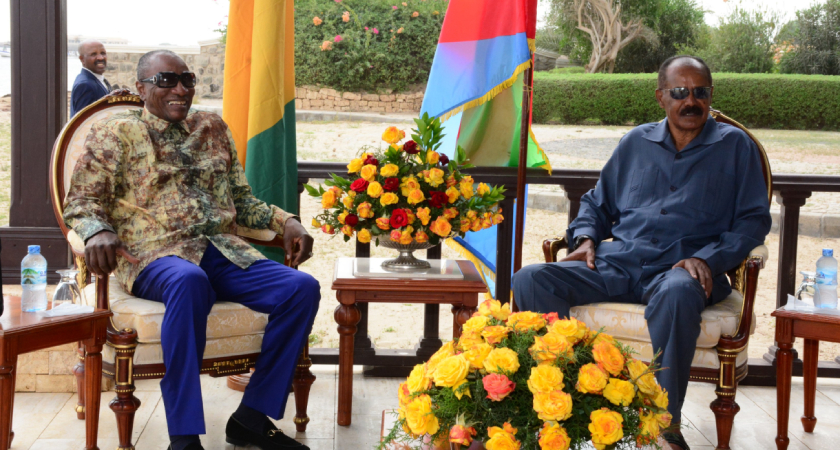 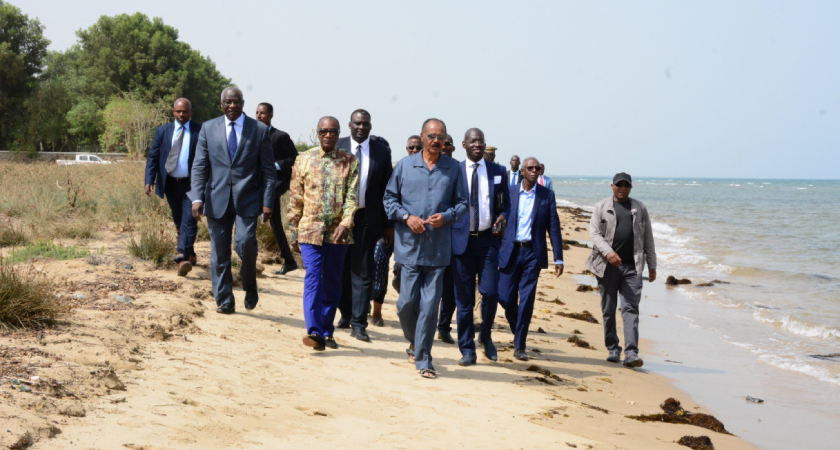 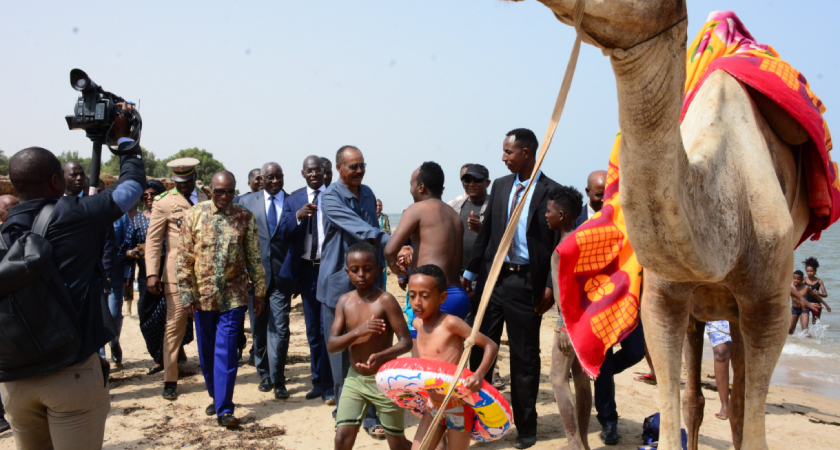 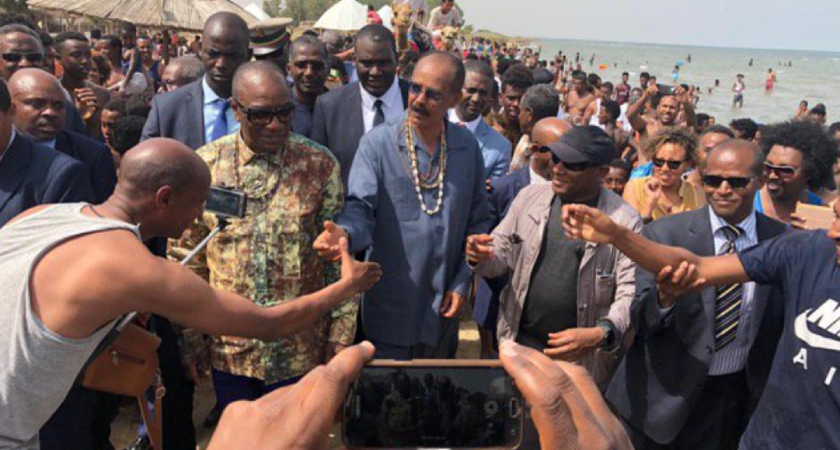 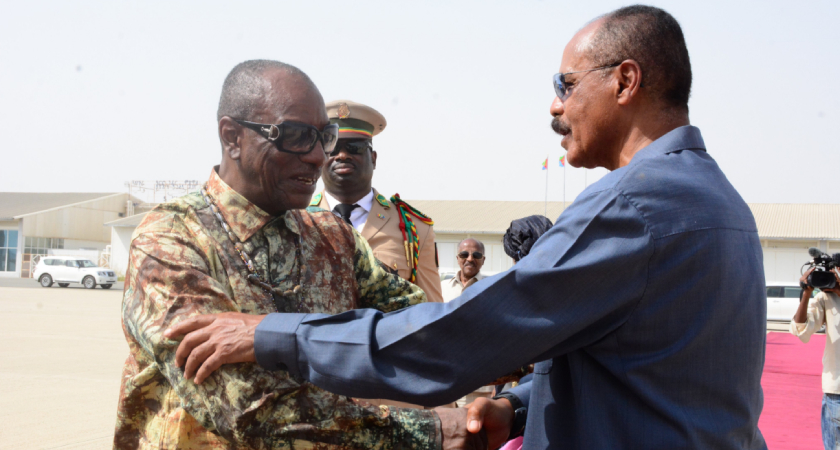 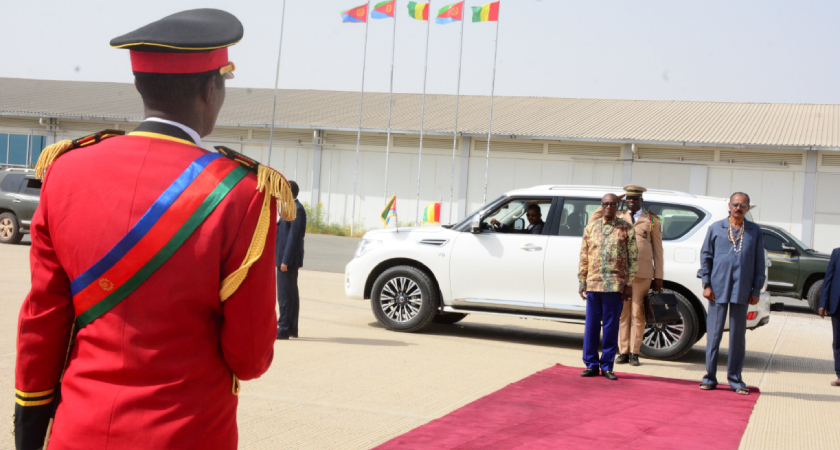 President Alpha Conde of the Republic of Guinea arrived in Massawa today, 9 February, for an official visit in Eritrea.

Upon arrival at the Massawa International Airport, President Alpha Conde was awarded warm welcome by President Isaias Afwerki and other senior government officials.

Commending the bold initiative President Isaias Afwerki and Prime Minister Dr. Abiy Ahmed took to restore peace and cooperation between Eritrea and Ethiopia, President Alpha Conde said that the exemplary initiative will have significant contribution in the peace and stability of the region.

President Alpha Conde also said that at the discussion he came to understand that Eritrea and Guinea are in the same page on many issues and expressed appreciation for the warm welcome he and his delegation were accorded.

The senior Guinean delegation includes Mr. Mamadi Toure, Minister of Foreign Affairs, and Dr. Geni Teita, Minister of International Cooperation as well as other senior government officials of the Republic of Guinea.