An obscure border conflict between two nations in the Horn of Africa may threaten America’s only permanent military base on that continent.

The current crisis was sparked in June when Qatar suddenly withdrew the peacekeeping force it has maintained in a disputed region along the Eritrean-Djibouti border after both feuding nations announced their support for Saudia Arabia, the UAE and other regional powers that have criticized Qatar for its alleged support of terrorist groups.

Qatar had deployed a few hundred peacekeepers and served as a mediator between Djibouti and Eritrea since 2010. Its action has further destabilized a region that is home to military bases maintained not only by the U.S. but also China, Japan, and several Gulf states.

The American Media Institute has learned that United States Africa Command (AFRICOM) based in Germany was not informed of Qatar’s decision in advance giving U.S. forces in the region little time to react to the resulting deterioration in regional security.

AFRICOM was hesitant to comment on the diplomatic situation other than to note that  “These are sovereign nations making their own choices,” Jennifer Dyrcz, a spokesperson for AFRICOM, wrote AMI in an email,”If there were to be conversations they would be done at the State/diplomatic levels.”

The U.S. State Department declined to comment on the matter and referred inquiries to the Pentagon.
The two countries fought a brief border war in 2008 in which hundreds were killed. The dispute is over a century old and dates to when European colonial powers ruled Eritrea (then part of Italy) and Djibouti (then part of France).

Djibouti is home to Camp Lemonnier which in addition to other roles is a vital operating base for U.S. drone operations in the region. The base was a former French Foreign Legion before the United States military began using the base after the terror attacks of September 11, 2001.

Defense ties between the two countries remain strong. Secretary of Defense Mattis visited the country in April.  While there he met with  Djiboutian President Ismail Omar Guelleh and Minister of Defense Ali Hasan Bahdon. The visit came after the White House decided to launch a fresh offensive led by AFRICOM against Al-Shabab terrorists in the region. This summer Djibouti also formally joined the U.S. led coalition against ISIL.

“The fight against terrorism is a collaborative endeavor,” said Mohamed Siad Douale Djibouti’s Ambassador to the United States. “It can only be successful through concerted actions and cooperation. That is why Djibouti joined the anti-ISIS coalition, and we are grateful to the United States for its leadership.”

Djibouti has responded to Qatar’s withdraw with a diplomatic flurry. Since Qatar’s withdrew its peacekeepers, Djibouti established diplomatic relations with both Croatia and Nepal. The African nation is looking to build the relationships that could prove decisive on any United Nations vote on the conflict. 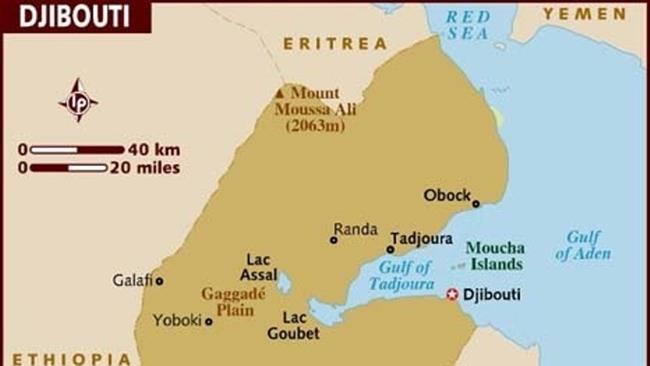 The reason for Qatar’s sudden departure from the region remains unclear.  The deployment of some 500 Qatari troops to the Horn of Africa marked a sizeable commitment for a country’s whose armed forces amount to less than 12,000 during a time of heightened tensions with its neighbors Qatar may have felt the need to withdraw the force. The move may also be intended to scold Djibouti for joining the Saudi-led anti-Qatar embargo. Djibouti downgraded its ties with Qatar in June over the latter’s ties to Hamas and other militant groups.

For Djibouti,  the Somali terrorist group Al-Shabab is of particular concern. Djiboutian peacekeepers are part of an African Union force fighting Al-Shabab in Somalia. Djibouti has accused Eritrea of supporting the Somali terror group that Qatar has been accused of holding strong ties with in the past.

The two disputants are among the youngest countries in Africa. Djibouti gained its independence in from France 1977 and Eritrea from Ethiopia in 1993.  Since independence, Eritrea has been ruled by President Isaias Afwerki, a rebel leader during the country’s struggle for independence. However, since 1993 the country has fought wars with Yemen, Djibouti and Ethiopia. Sudan is the only bordering country with which Eritrea maintains friendly relations and an open border.

“Eritrea viewed those border conflicts in many ways as an extension of its independence struggle,” said Joseph Siegle, the Director of Research at the African Center for Strategic Studies.

The United States is not the only country with a military base in Djibouti. In addition to the United States, France, Japan and China all have military posts in the strategically located Horn of Africa country. Saudi Arabia is considering developing its own military post.

“There no defense guarantees between the U.S. and Djibouti,” Siegle said. “The French base has been there longer, and only the French have signed a defense pact with Djibouti.”

While Camp Lemonnier is the only permanent U.S. military installation in the region, it is not the first. From 1943 until 1977 the United States Army maintained a radio station at a former Italian naval facility. The facility known as Kagnew Station was located in what is Eritrea but, at the time was part of Ethiopia.

Relations between the United States and Eritrea have soured under Trump administration. The White House added Eritrea to a list of countries under visa sanctions for refusing to take back their nationals deported by the United States. Eritrea is joined on that list by two other African states and Cambodia.

“Djibouti has never allowed its territorial integrity to be violated by any country,” Ambassador Dualeh stated, “and as President Guelleh said in his statement before the Security Council in October 2008; “don’t leave my country with only one option: the option of war.”

Joseph Hammond is a senior contributor with the American Media Institute.