Qatar suspended its participation as a mediator in the reconciliation process in relations between Djibouti and Eritrea, the Kuwaiti newspaper Al Anba reported.

“The Government of Djibouti received an official note from the Foreign Ministry that Qatar ceases to be a mediator between Djibouti and Eritrea,” the media said, noting Doha would inform UN Secretary-General António Guterres of his decision.

The newspaper reports that Qatar has withdrawn its peacekeepers from the border between Djibouti and Eritrea, deployed in the region since 2008.

Up to now neither of these countries nor the UN has made official statements in this regard.

The territorial dispute between Djibouti and Eritrea broke out in 2008 and broke out in three days of clashes between June 10 and 13 at the border of these two states.

The countries signed a peace agreement in Doha in 2010.

On June 5, Saudi Arabia, Bahrain, Egypt and the United Arab Emirates severed diplomatic relations with Qatar by accusing Doha of supporting terrorism and interfering in internal affairs of the countries of the region.

The diplomatic boycott was later joined by Libya, Yemen, Maldives, Mauritania and the Comoros; Jordan and Djibouti reduced the level of their diplomatic ties with Doha; Senegal, Chad and Niger called their ambassadors from Qatar.

Djibouti decided to join the diplomatic blockade of Qatar “as an expression of solidarity”. 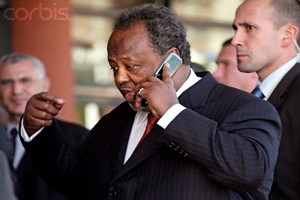 Djibouti has reduced its level of diplomatic relations with Qatar over the latest regional diplomatic crisis, the country’s Foreign Ministry said in a statement Wednesday.

“The Government of the Republic of Djibouti officially announces that it has taken the decision to reduce the level of its diplomatic representation in Qatar. The decision of the Government of Djibouti has been taken as an expression of solidarity with the international coalition of combating terrorism and extremism violence, as well as with the Gulf countries and the Arab countries,” the statement read.

Djibouti also urged the concerned parties to resolve the dispute through dialogue.