President Isaias on Working Visit to Amhara Region of Ethiopia

President Isaias Afwerki and President Mohammed Abdullahi Mohammed of Somalia, who is also on a similar visit to Ethiopia, accompanied by Prime Minister Dr. Abiy Ahmed passed through the streets of Gonder city amidst exuberant reception by city residents.

The leaders also visited the University of Gonder and other development sites.

At a lunch reception hosted in honor of the leaders, the President of Amhara region, Mr. Gedu Andargachew presented gifts to the leaders in the name of the people of the region.

Speaking at the occasion, President Isaias Afwerki commending for the warm reception he was accorded, said that the meeting of the three leaders has deep meaning that goes beyond the three countries.

President Isaias Afwerki, Prime Minister Dr. Abiy Ahmed and President Mohammed Abdulalhi have conducted tripartite discussion in Bahrdar city on the progress of the Joint Declaration of Comprehensive Cooperation signed by the three countries on 5 September in Asmara.

During the course of his visit, President Isaias will visit historical sites in Gonder and Baherdar.

Joint Statement Of the Bahr Dar Meeting
Between the Leaders of Ethiopia, Somalia, and Eritrea

The three sides stressed that this, their second meeting in as many months, highlights the historic transformation towards peace and integration in the Horn of Africa.

In their consultations, the three leaders reviewed developments and achievements since the signing in Asmara of the Joint Declaration on Friendship and Comprehensive Cooperation between the three countries.

They noted with satisfaction the tangible and positive outcomes already registered and agreed to consolidate their mutual solidarity and support in addressing challenges that they face individually and collectively. In this regard, they stressed the importance of respecting the sovereignty, territorial integrity and political independence of Somalia as well as their firm support for the Somali people and the Federal Government of Somalia and all its institutions. They also commended them for the progress they are making towards peace and stability.

The leaders of Ethiopia, Somalia, and Eritrea welcomed the impending lifting of all sanctions against Eritrea and underscored their conviction that this act of justice would contribute to enhancing peace, development, and cooperation in the region. They also reaffirmed their commitment to an inclusive regional peace and cooperation.

The Presidents of Eritrea and Somalia expressed their profound appreciation to Prime Minister Abiy and the people and government of Ethiopia for the warm reception and hospitality accorded to them and their delegations in the historic city of Gondar and the beautiful city of Bahr Dar, a reception that reflected the close and historic ties between the three nations. 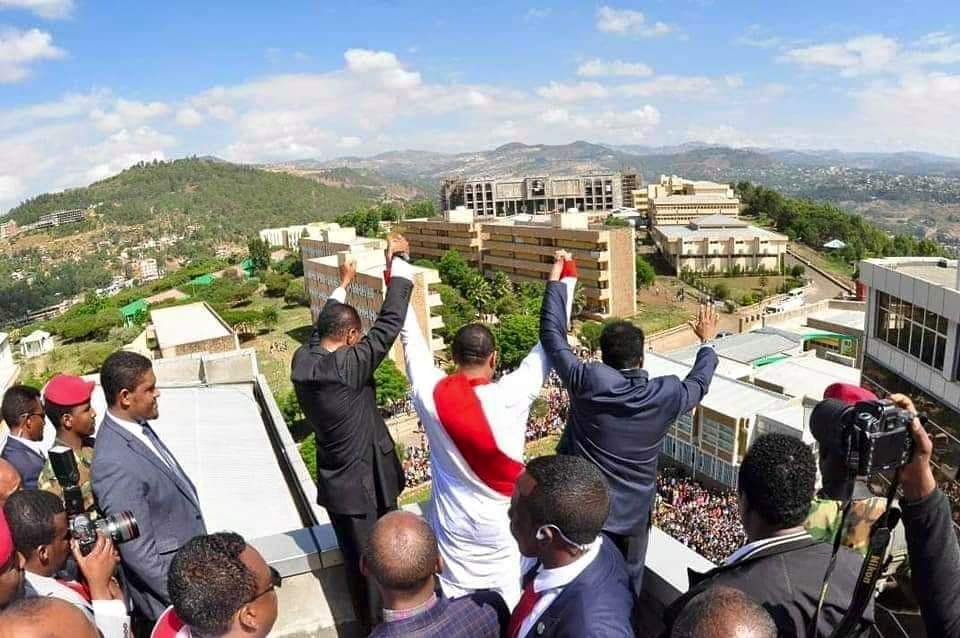