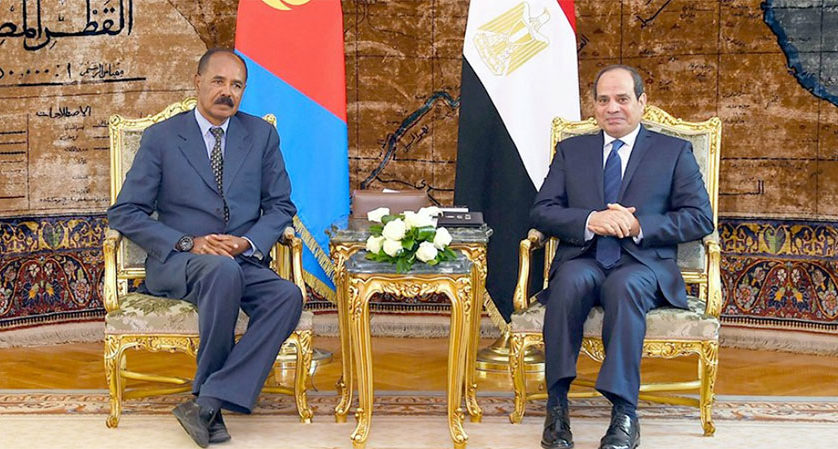 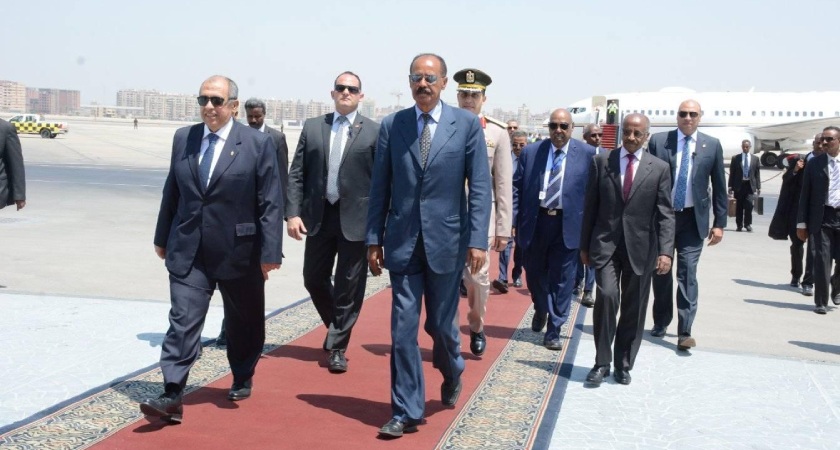 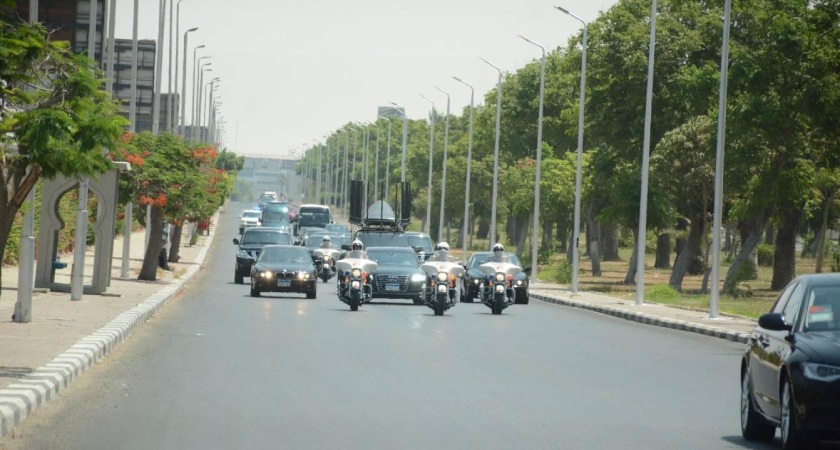 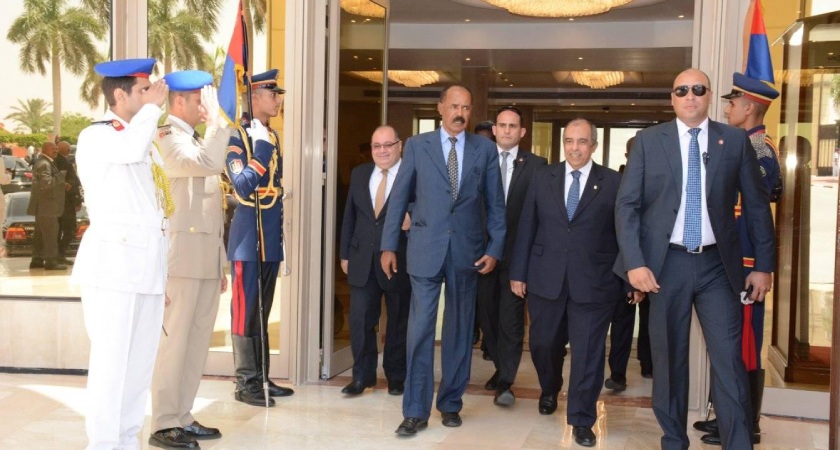 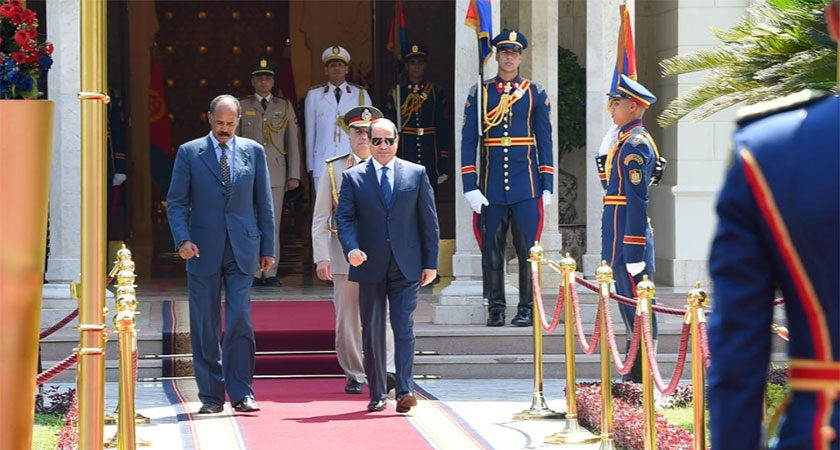 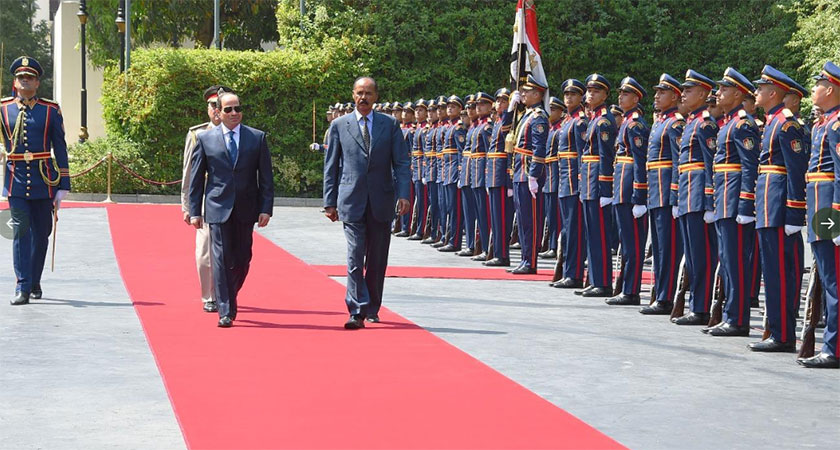 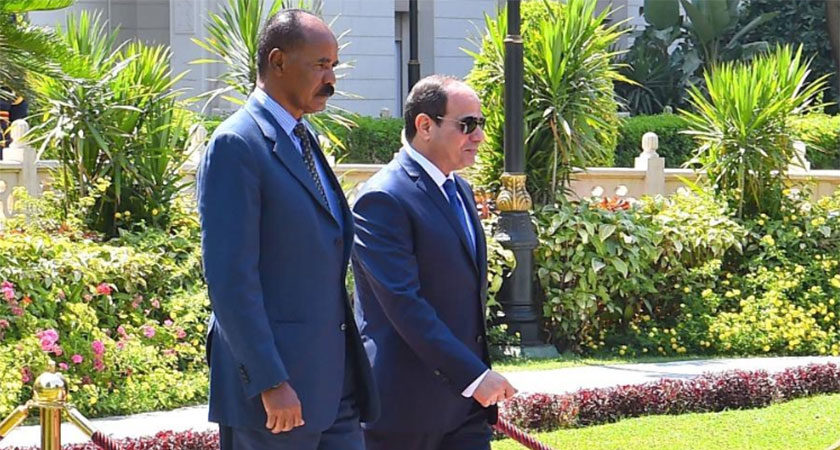 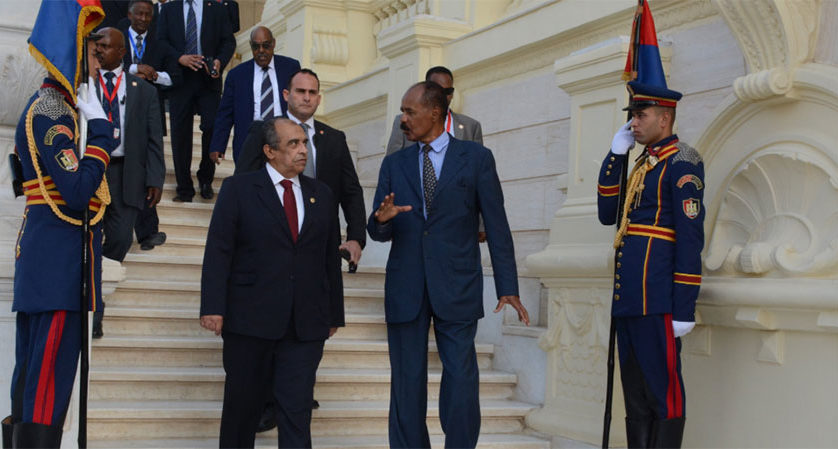 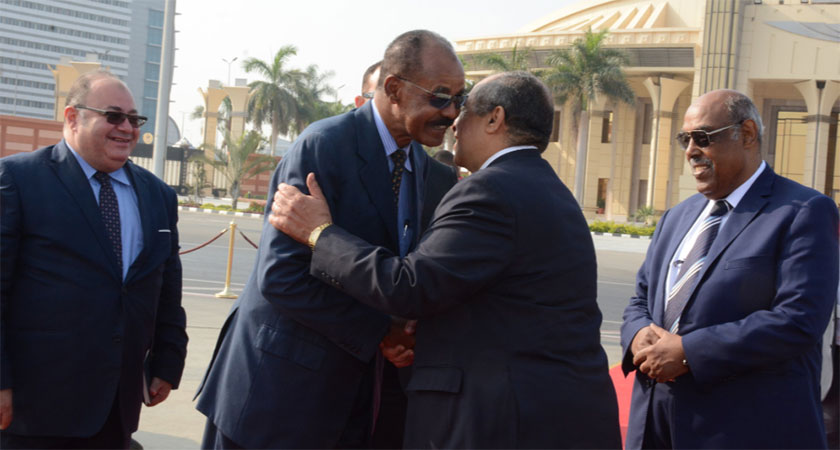 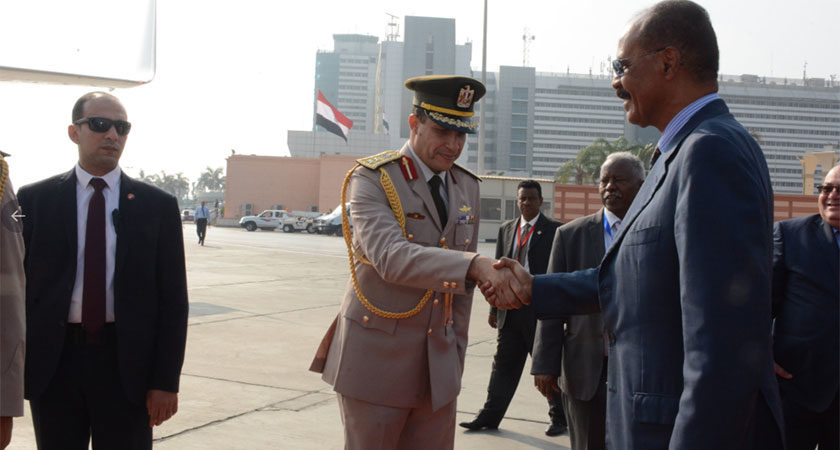 Eritrean President Isaias Afwerki and his entourage have arrived in Cairo for a two-day working visit during which he will meet President El- Sisi and other senior officials.

In the course of their meeting with President El-Sisi this morning at the Ittihadiya palace, the two presidents are expected to discuss bilateral relations between the two countries, as well as the latest developments on the continent, particularly the crisis in the Sudan, and other issues of mutual concern.

Recently, Eritrea urges the African Union to handle the situation in the Sudan with care while refraining from internationalizing and exacerbating the situation.

The AU, however, suspended the participation of Sudan in all AU activities until “the establishment of a Civilian-led Transitional Authority.”

President El-Sisi of Egypt is the current Chairperson of the African Union.

In a summit he hosted for African leaders a few weeks ago, President El-Sisi called for a coherent regional response to prevent the crisis in Sudan from sliding into chaos.

“The principle of African solutions to African problems is the only way to deal with common challenges facing us,” Sisi said in opening remarks to the summit on Sudan.

“We are taking into account the efforts the Sudanese transitional military council has taken as well as the civil and political forces … to overcome this critical juncture,” Sisi said.

This is President Isaias’ fourth visit to Egypt since President Abdel-Fattah El-Sisi came to power and his 16th since Eritrea’s independence in 1993.

Eritrea and Egypt enjoy a cordial relation and has signed several friendship and cooperation agreements since.

President Isaias Afwerki returned home at midday today after his visit to Egypt. Expansion of bilateral ties, continental & other issues of mutual concern, and, the situation in the Sudan were the major themes discussed during the two day visit. pic.twitter.com/w2y6Hvu64L

* Egypt Today, Ahram Online and France 24 have contributed to the story.