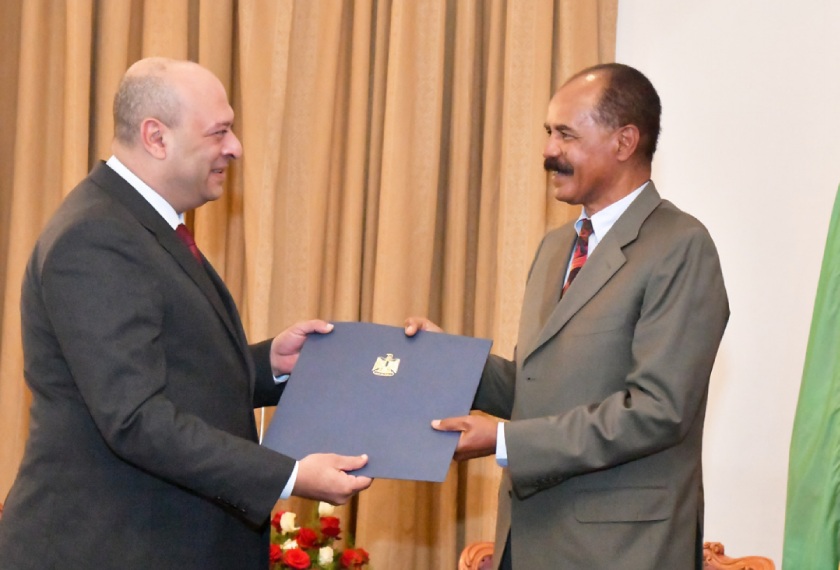 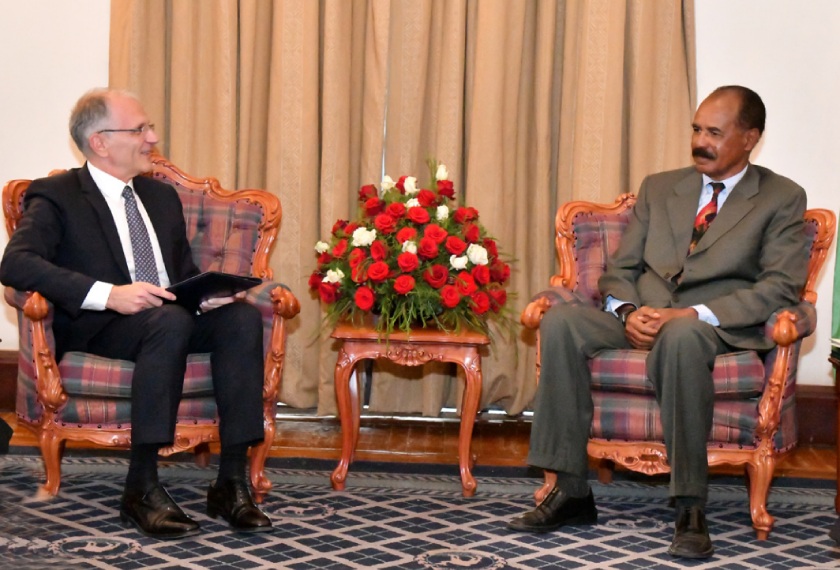 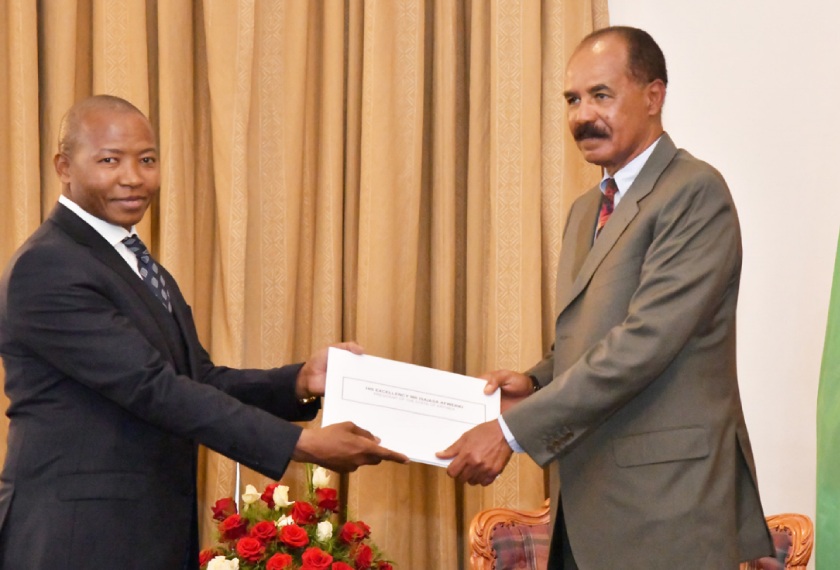 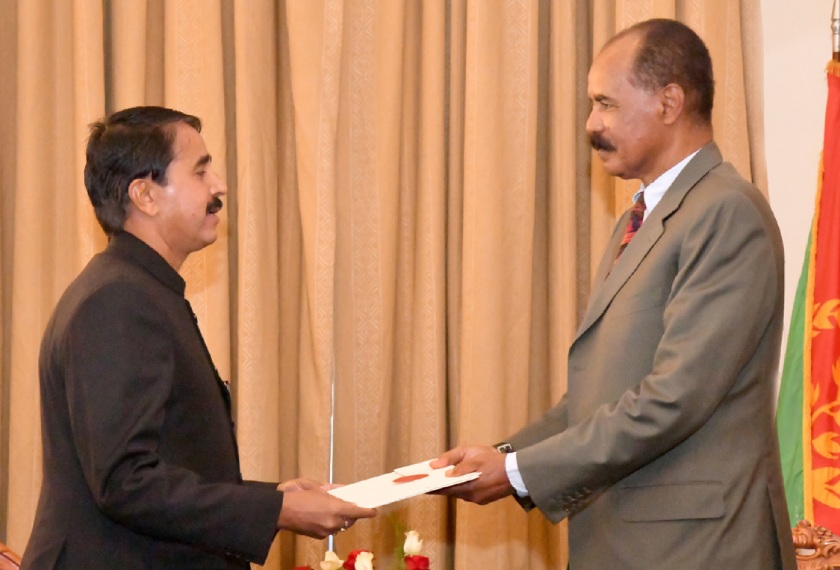 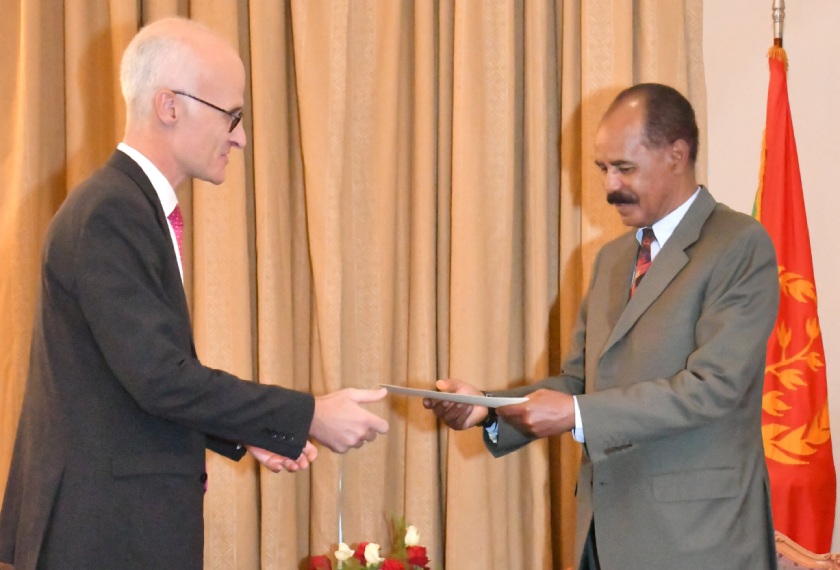 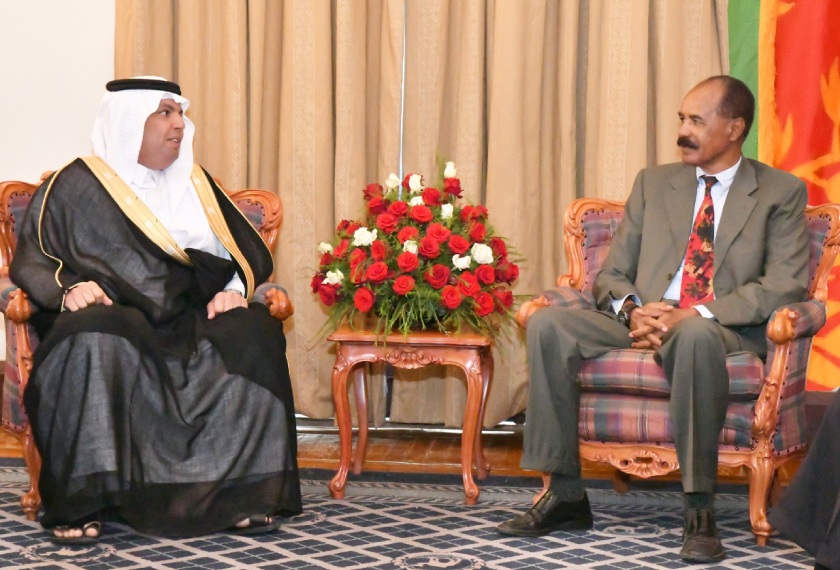 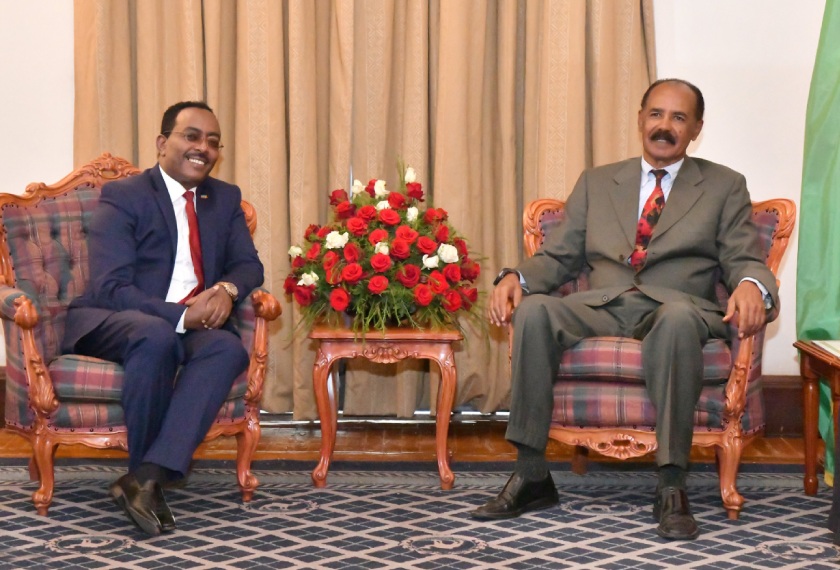 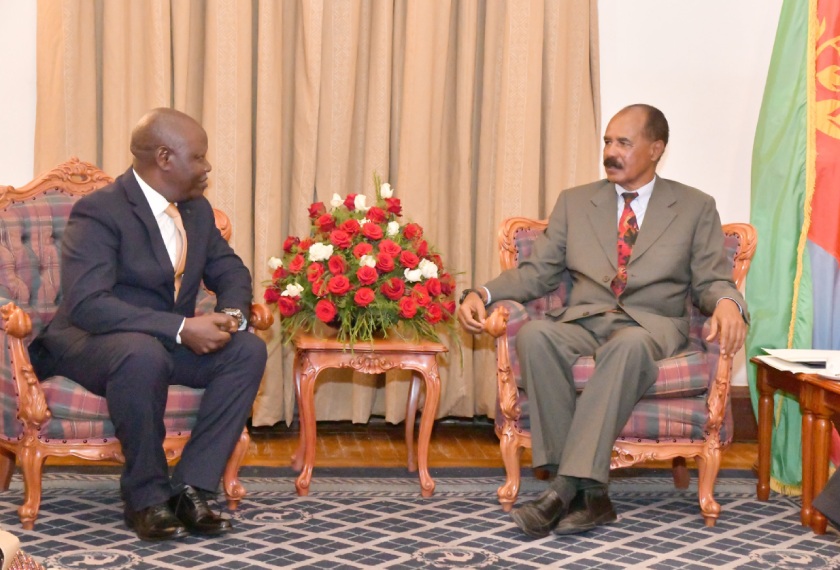 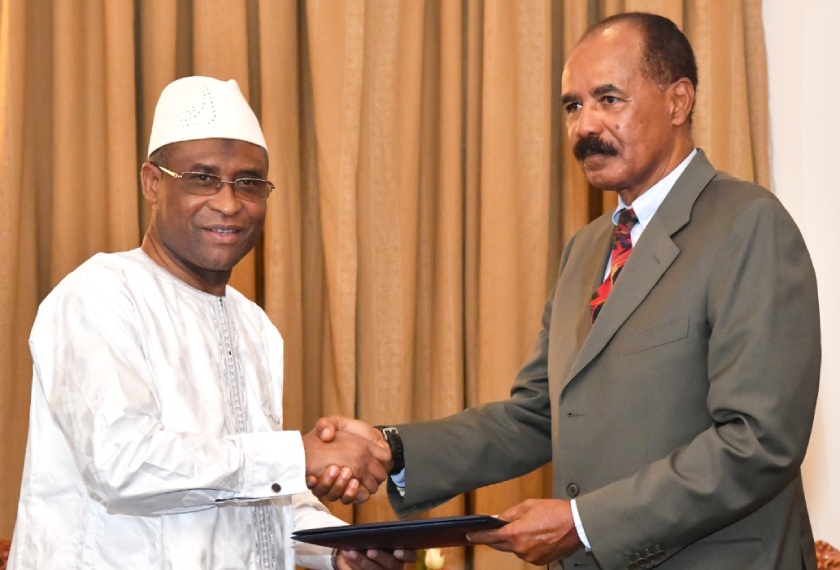 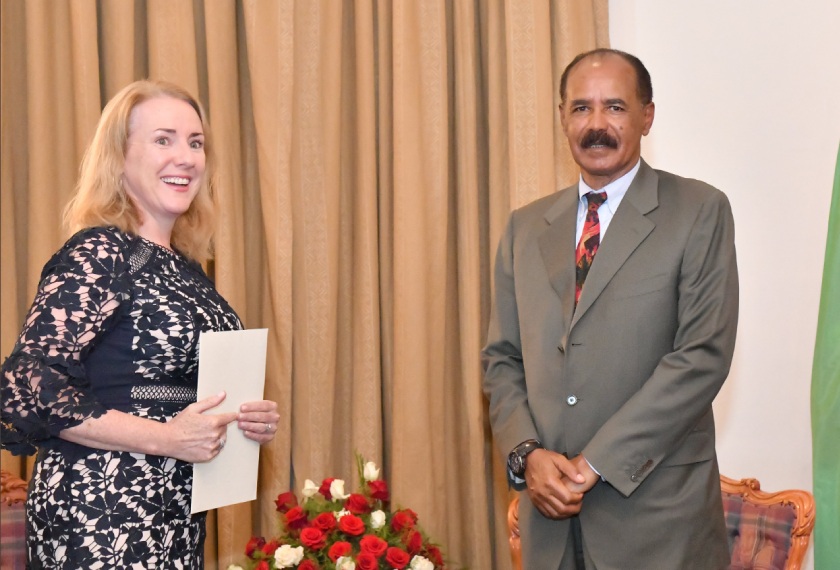 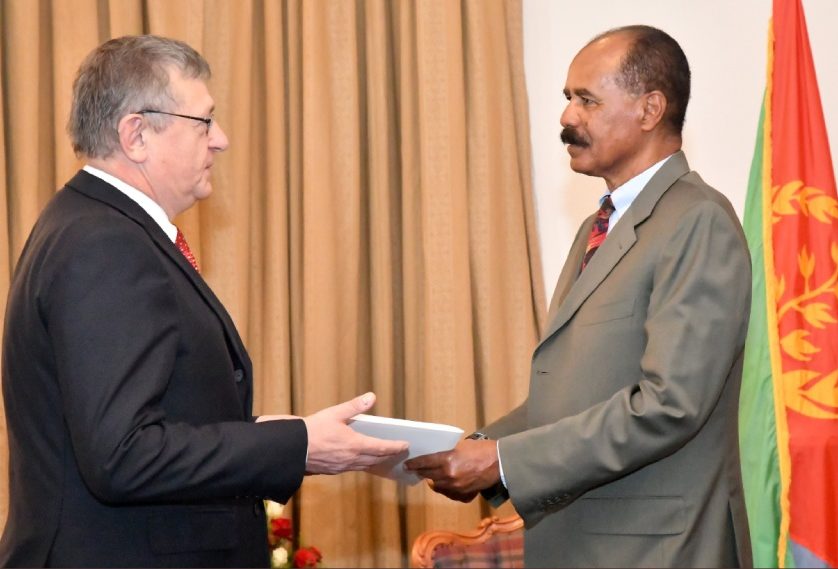 President Isaias Afwerki received at the Denden Guest House the credentials of 29 Ambassadors. The resident and non-resident Ambassadors that submitted their credentials are:

At the event the Ambassadors wished good health to President Isaias Afwerki and peace and prosperity to the Eritrean people and expressed readiness to work for the development of bilateral relations and cooperation of their respective countries with Eritrea.

The resident Ambassador of the Federal Democratic Republic of Ethiopia, Mr. Redwan Hussein Rameto, said that Eritrea and Ethiopia have agreed to work for the develop of the multi-faceted bilateral relations and cooperation between the two countries and to strengthen peace and stability prevailing in the region.

In the meeting with Mr. Sagr Suliman Al Qurashi, Ambassador of the Kingdom of Saudi Arabia, President Isaias commending the encouraging progress of the bilateral relations between Eritrea and Saudi Arabia, said that the two countries should work for the stability and peace in the Red Sea Basin.

The Ambassador of the Federal Republic of Germany, Mr. Gerald Wolf expressed his country’s readiness to contribute in maintaining the peace and stability prevailing in the region.

Indicating that peace and stability is the only alternative for the peoples in the region, President Isaias said that synchronized effort is being exerted to develop peace, stability and cooperation in the region.

Indicating the progress Eritrea is registering in addressing climate change and to develop water resources and solar energy, the Ambassador of the United Kingdom, Mr. Alasdair Walker expressed his country’s willingness to cooperate in the development of the sectors.

President Isaias on his part expressed Eritrea’s willingness to develop relation with India in the sectors of human resources development and others.

President Isaias similarly discussed the enhancement of bilateral ties and cooperation in his meetings with the Ambassadors of the several countries that submitted their credentials.

Yesterday I presented my credentials to President Isaias. Opportunity to discuss UK/Eritrea relations and deepening the dialogue between our two countries pic.twitter.com/pHZzSGejBf