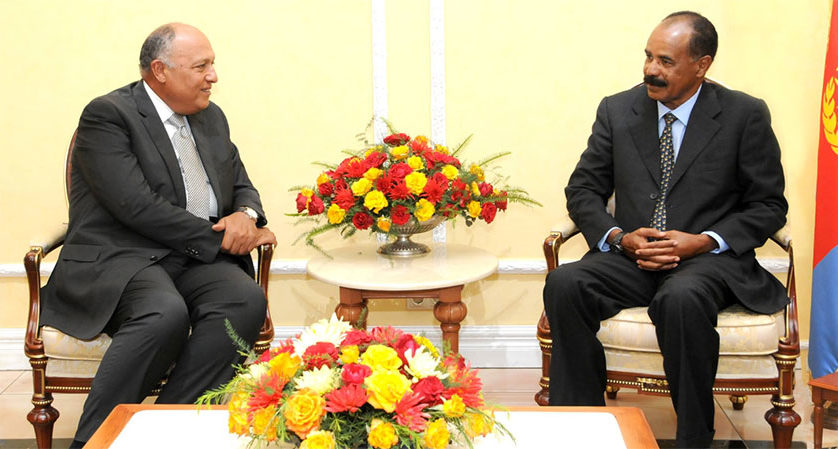 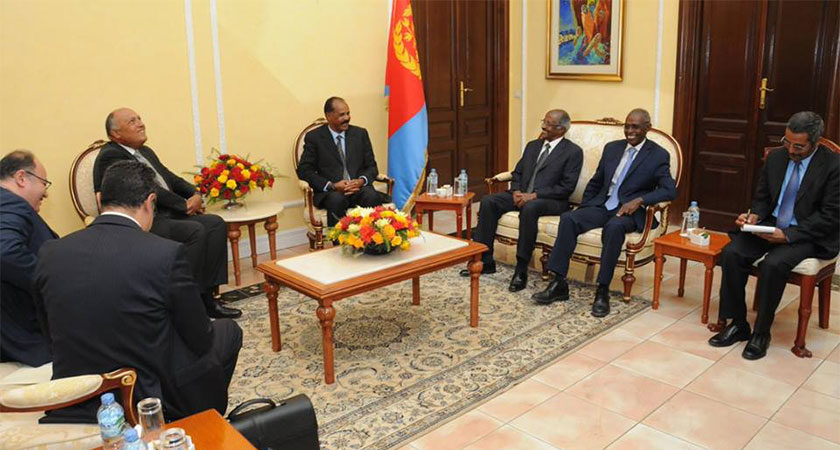 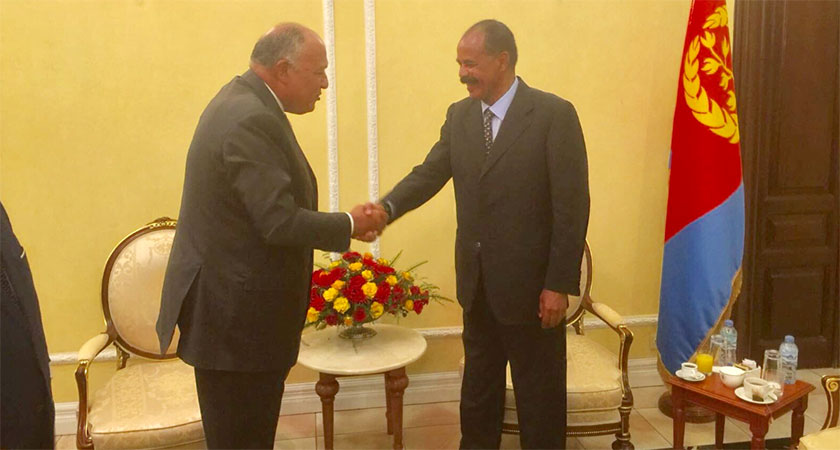 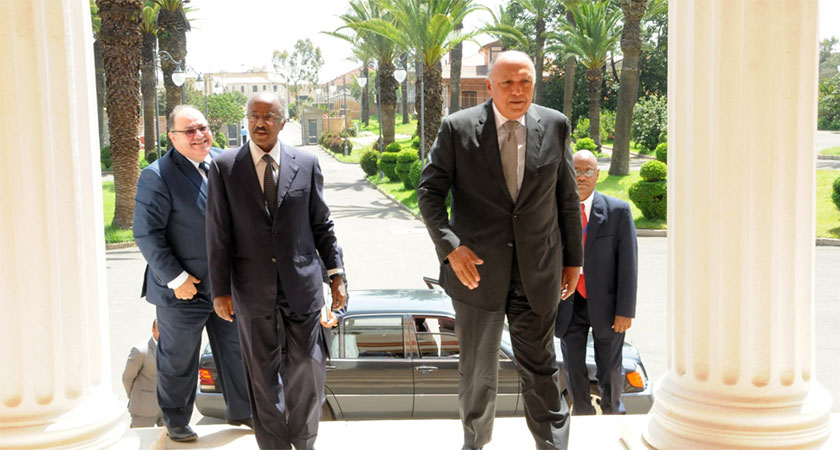 The visit comes following the existing outstanding relations between Cairo and Asmara and the signing of six agreements, including the construction of three electric power plants in Eritrea.

Indicating that President Isaias Afwerki and President Al Sisi have common position on most of the issues raised, FM Shoukry said that strengthening bilateral relations between Eritrea and Egypt will have significant contribution in the development of economic and security sectors and others as well as in the peace process in the Horn of Africa and the Red Sea basin.

The Head of Political Affairs and Presidential Adviser, Mr. Yemane Gebreab, on his part stated that the visit of Mr. Sameh Shoukry is in continuation of the continuous meetings and consultations between the two countries and that Egypt has important role in the peace and stability in the region.

Mr. Yemane also underlined that Eritrea supports the effort of President Abdul Fattah Sisi to restore the role of Egypt in the region.

* (Software translation from Arabic) Sameh Shoukry meets Eritrean President Isaias Afwerki in Asmara…. Minister of Foreign Affairs conveyed an oral message from President Sisi to the President of Eritrea on ways to strengthen cooperation between the two countries and coordination on the situation in the Horn of Africa and the region.