At least eight people were killed and more than 30 wounded during fresh protests that hit several cities and towns across the Oromia regional state today, according to Addisu Arega Kitessa, head of the Oromia government communication affairs bureau.

In a statement posted on his Facebook page, Addisu Arega said that five people were killed by during a protest rally in Shashemene town, 250 km south east of Addis Abeba, in west Arsi zone of the Oromia regional state. He also said that three more people were killed in Bookeeti town, west Hararghe zone of the Oromia region in eastern Ethiopia, where more than 30 were also wounded, according to Addisu Arega.

In a security alert issued by the U.S. Embassy in Addis Abeba, the embassy cautioned US citizens of “violent protests and road closures in and around Shashamane.” It also said there were”reports of causalities” and alerted US citizens to “avoid travel to Shashamane at this time.”

U.S. Embassy: Violent Protests and Road Closures in and Around Shashamane 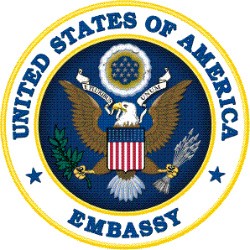 The U.S. Embassy is aware of reports of violent protests and road closures in and around Shashamane, approximately 250 km south of Addis Ababa. There are reports of casualties. The Embassy recommends that U.S. citizens avoid travel to Shashamane at this time. As always, review your personal security plans; remain aware of your surroundings, including local events; and monitor local news stations for updates. Maintain a high level of vigilance and take appropriate steps to enhance your personal security.

Additional protests were also held in Ambo, 125 km west of Addis Abeba and one of the epicenters of the 2014-2016 Oromo protests.

A video received by Addis Standard, which we later on verified, show that thousands of young protesters marching through the city chanting “down, down Woyane” in reference to TPLF, the all too powerful member of Ethiopia’s ruling coalition, EPRDF.

A video received by AS shows a protest rally in Ambo city. protesters chant "down, down Woyane". AS didn't independently verified the video pic.twitter.com/3Z8qyWobZX

However, the protests, which lasted for more than three hours, went peaceful. Some pictures show the regional state police force in the midst of the protesting youth with no sign of hostilities.

Furthermore, according to DW Amharic, more protests were held in Dodola town, some 70 km east of Shashemene in West Arsi zone. DW reported that members of the police, city administration officials, the youth and ordinary city residents have all taken part in the protest.

Protesters were also chanting messages of support, among others, for jailed prominent Oromo opposition party leaders including Dr. Merera Gudina and Bekele Gerba, two senior members of the Oromo Federalist Congress (OFC) and who are among the more than 25 senior and junior leadership of the party currently in jail.

They were also chanting message of resolve regarding the ownership status of Addis Abeba and Dire Dawa cities, according to DW.

#Ethiopia: in the Oromo town of Ambo (90 km west of #AddisAbaba) thousands of students left the university today to protest the regime pic.twitter.com/SDBIVrfEWp

Nine Killed in Clashes Between Afaris and Tigray Security Forces

Nine people were killed in clashes between the Afaris and security forces of the Tigray region in an area called Danti in Megalle district on the border between the two regions.

Six people were killed and nine others wounded on the Tigray side while three were killed and three others injured on the Afari side, according to the president of the Afar Human Rights Organization, Gaas Ahmed.

Ahmed told ESAT that the fighting was sparked when an Afari father retaliated the killing of his two children by the Tigray side.

He said the control of salt extraction in Afar by the Tigrayans was also cause of resentment by the Afars. The Afaris have warned that they would not be responsible for the consequence of the action by the Tigrayans taking control over the resources of Afar, according to Ahmed.

The Afaris also accused that the Somali Special Police have raided a village in Aafar injuring three people and robbing livestock. Two people were killed on the Somali side, according to Ahmed.

The conflict between the Afaris and the Issa Somalis in Keroma, Gewalle began when the TPLF regime transferred three Afari villages to the Somalis six years ago. The recent fight was reignited when the Somalis tried to construct a health center in Keroma that met objections by the Afaris.