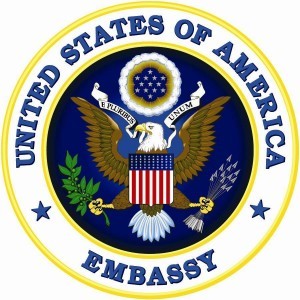 Young Eritreans are fleeing their country in droves, the economy appears to be in a death spiral, Eritrea’s prisons are overflowing, and the country’s unhinged dictator remains cruel and defiant. Is the country ‘on the brink of disaster? as posited by Eritrea’s first cousins across the border in Tigray, Ethiopia (ref)? Party leaders tell us their Leninist “war economy” will be reversed, while Asmara is abuzz with reports of multiple cabinet-level changes.

However, tinkering at the margins of governance will count for naught as long as the Isaias regime remains a one-man band. Gold mining will not provide the anticipated economic panacea. Although the regime is one bullet away from implosion, Eritrea’s resilience as a country is based on

1) a strong sense of nationalism forged over four decades of war, and

2) the capacity of most Eritreans to withstand suffering and deprivation with forbearance and toughness.

Any sudden change in government is likely to be initiated from within the military.

Isaias’ popularity stemmed from his leading role in Eritrea’s Davidic victory in the thirty-year struggle for independence.  Immediately after liberation, Isaias seemed to be providing (like Mugabe) reasonably good governance to his traumatized nation. The accelerating decline into dictatorship began in 1996 with an alleged assassination attempt against Isaias by Ethiopian PM Meles Zenawi, followed by the bloody 1998-2000 Border War, and the “treason” of the inner-circle critics called the G-15.

Severe persecution of any potential opposition increased. With half of Eritrea’s population being born after liberation, Isaias’ Struggle credentials are less important than before; youth today face a hopeless future of open-ended National Service at survival-level wages. Hope for a better future fueled Eritrean resistance for a whole generation; the countryâ€™s reservoir of hope is now largely depleted.

Hagos Ghebrehiwet, as the Economic Director of the Peoples Front for Democracy and Justice (PFDJ), is the architect of the regime’s failed economic policies. When previously asked by the ambassador if he was a Communist, Hagos replied, “No. Quite the opposite”. He explained that from 1993-98 development of the tiny private sector was a top goal, but with the outbreak of war in 1998 ‘national security became the economic and political imperative.’  He contends that the subsequent “no peace, no war” situation with Ethiopia obligated the state to maintain the economy on a war footing, due to shortages of hard currency. Hagos told the ambassador in mid-February that the regime was reversing its war economy policies. “We are going back to the immediate post-independence approach,” he claimed.

NOTE: Post has seen no indication of this. END NOTE.

Many Eritrean businessmen and officials hope, and opposition members fear, that come 2010, gold mining will provide the economic fillip needed to rescue the economy and the regime. Mining company executives tell us these hopes and fears are grossly misplaced. Nevsun is the Canadian company leading the development of the large Bisha gold, copper, and zinc field.

Nevsun employees say Bisha is like Neapolitan ice cream, with a thin layer of gold atop thicker layers of copper and zinc. Nevsun’s agreement is heavily front-loaded for cost recovery, meaning for the first two years (the life of the gold extraction) almost all revenues will accrue to Nevsun for capital and infrastructure costs. The gold will be flown from Bisha directly to Switzerland. While the government will get some revenues from taxes and royalties, it is only with the beginning of copper extraction in 2012 or 2013 and zinc five years later that the government of Eritrea will see much return on its investment.

In short, there is no help on the immediate horizon for Eritrea’s faltering economy.

Prior to January 20 every bad thing in Eritrea was touted as proof of an American-led conspiracy against Eritrea. Daily anti-American diatribes peppered the regime-controlled airwaves and print media. The regime attempted to deflect all complaints by claiming America and its puppet, Ethiopia, were an immediate threat to Eritrea’s sovereignty and/or territorial integrity.  Criticism of the regime was thus tantamount not only to sedition, but also to treason. Since January 20 the regime has been on what it considers a charm offensive with the U.S. in hopes that the Obama administration will for some reason reverse USG opposition to the regime’s regional meddling and domestic oppression. Without the “world’s sole superpower” being constantly blamed for all of Eritrea’s woes, Eritreans seem to be focusing more on their own government’s manifest shortcomings. Grumblings are increasingly loud and frequent, but still only in private.

Around 80% of Eritreans live on farms or in small villages. Many are only marginally involved in the monetized economy and produce part of what their families need to survive. Governmental benign neglect would be a positive and welcome change. The regime’s practice of seizing crops or forcing farmers to sell grain at below-market prices has caused families to attempt to withdraw from the monetized economy, at least in part, although the Isaias regime is very good at controlling nearly all aspects of Eritrean society. Eritrean farmers have long lived a knife-edge existence due to marginal rainfall, decades of war and brigandage, and the use of Dark Age technology. Even before last year’s dreadful harvest, UNICEF reckoned that 40% of Eritrean children were malnourished. Despite this, Eritreans remain fiercely patriotic. In the face of deprivation and oppression, the time-tested best practice is to shut up, hunker down, and pray for rain.

In hushed tones, Asmarinos are discussing reports of wholesale changes in the cabinet and other senior civilian positions. From what we understand, the exercise (septel) will be a grand round of musical chairs, with former fighters loyal to President Isaias mostly swapping ministerial portfolios. Meanwhile, the urban population remains largely cowed. The PFDJ’s Secretary General languishes in medical exile in UAE; Isaias chairs the party’s monthly meetings in his absence.

Neither the government, party, nor populace seem to have the wherewithal to effect a sudden change in government. The military does. We’ve heard increasingly frequent and specific reports of mutinous behavior from within the military, sparked by growing numbers of troops deserting across the border into Sudan and even into Ethiopia. The mantle of Eritrean nationalism could conceivably pass from the shoulders of Isaias Afwerki to the Eritrean Defense Force. Defense Minister Sebhat Efrem probably has the standing to paper over the rivalries of the senior generals (at least temporarily), should the military or a faction of it suddenly find the need to step in to “save the revolution.”