Sweden striker Alexander Isak arrived at Newcastle on Thursday and appeared close to completing a move from Real Sociedad to the Saudi-owned Premier League team for a reported club-record fee of 70 million euros ($70 million).

The search for a new striker has been long and the struggles were apparent in their brave 3-3 draw against Manchester City on Saturday past and their 0-0 draw to Brighton the week prior.

They are in need of a hitman and appeared to have solved their goalscoring issues with Real Sociedad striker, Alexander Isak.

British broadcaster Sky Sports reported that Isak has completed his medical examination at Newcastle ahead of his €70m (£58m) move from Real Sociedad.

Newcastle will now decide whether they want to complete João Pedro deal or not after agreeing £25m fee with Watford this week. pic.twitter.com/f8hhYGFBNE

Isak is yet to finalize personal terms with Eddie Howe, the Manager of the club, but no problems are expected ahead of what would be a club-record deal for Newcastle.

The 22-year-old Isak burst into global consciousness through some impressive displays for Sweden at the European Championship last year.

Isak joined Real Sociedad from Borussia Dortmund three years ago and has scored 44 goals in 132 appearances; striker has also scored nine goals in 37 games for Sweden; Isak scored for Spanish side in 4-1 defeat to Barcelona in La Liga last weekend.

He is widely regarded as a potential star of the future thanks to his pace and dribbling ability.

If Isak completes his move to St James’ Park, he will become Newcastle’s fourth signing of the summer, following the arrivals of Sven Botman, Matt Targett and Nick Pope, and eighth permanent arrival since the Saudi-backed consortium’s takeover last autumn. 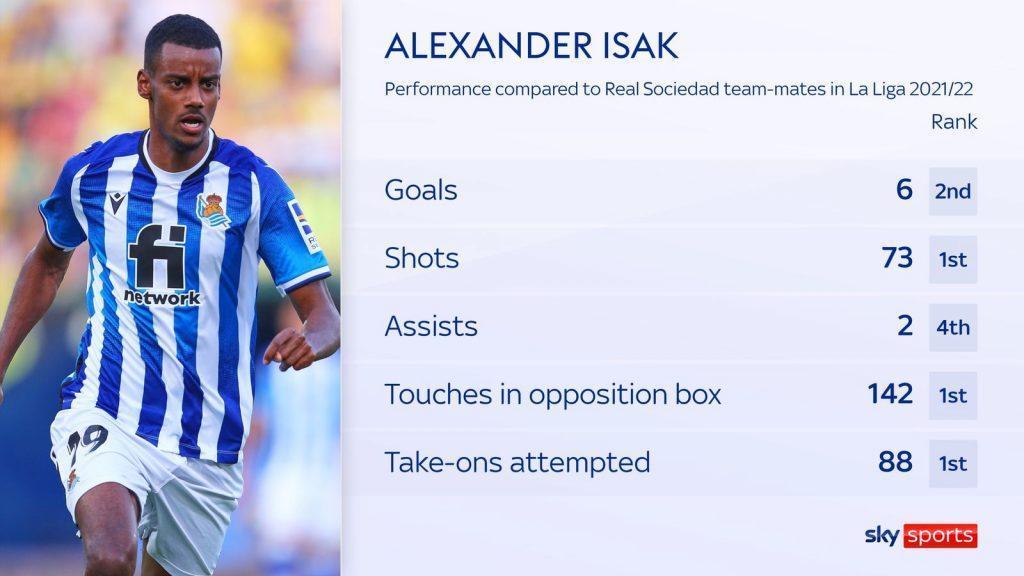 * AP and SkySports contributed to this story