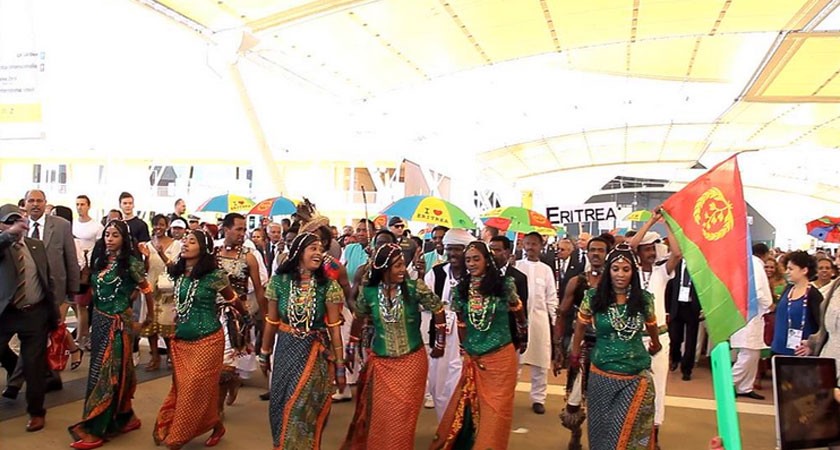 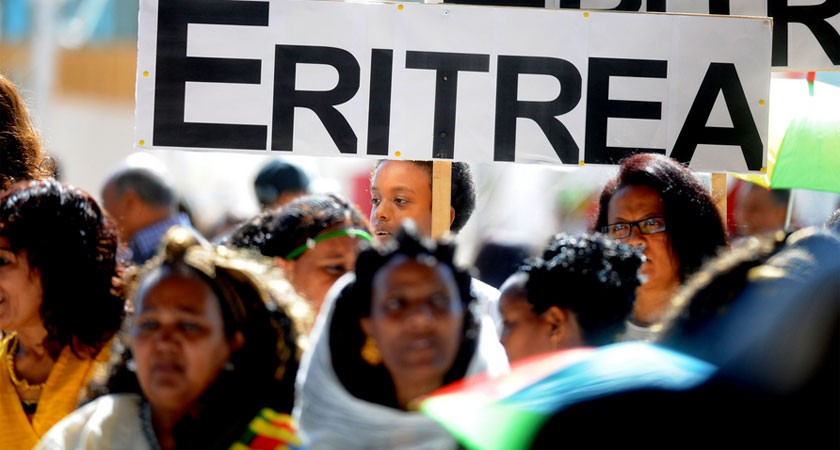 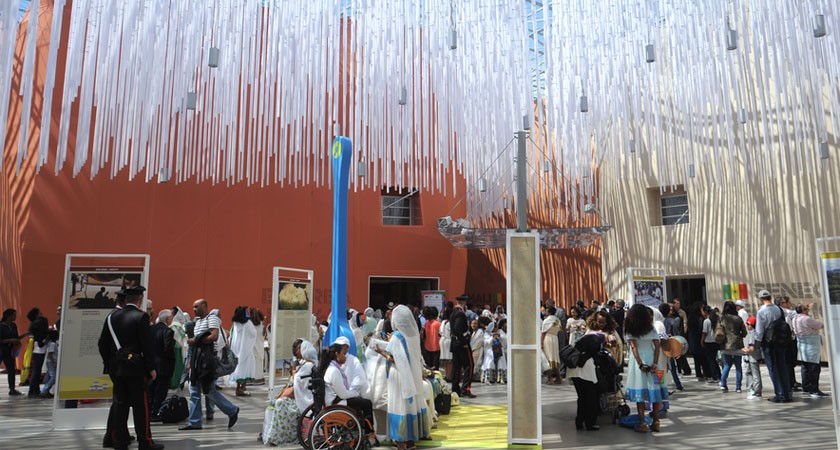 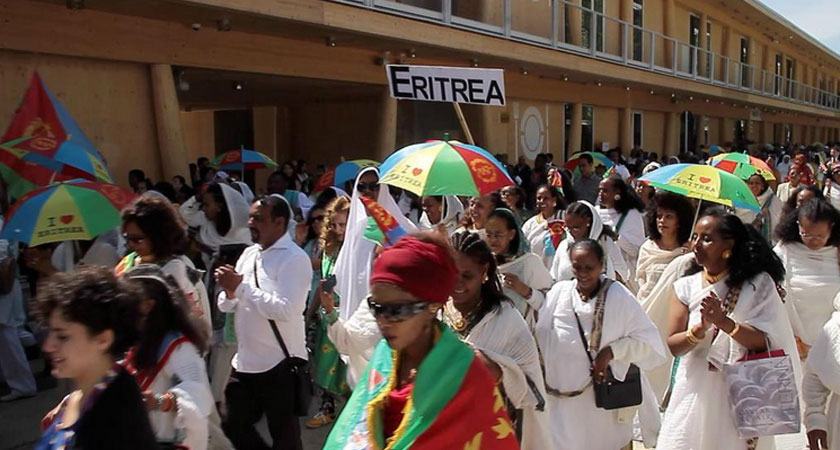 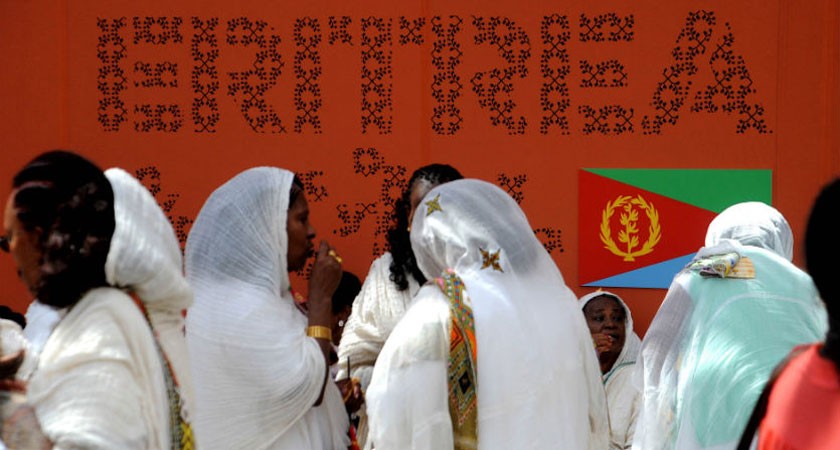 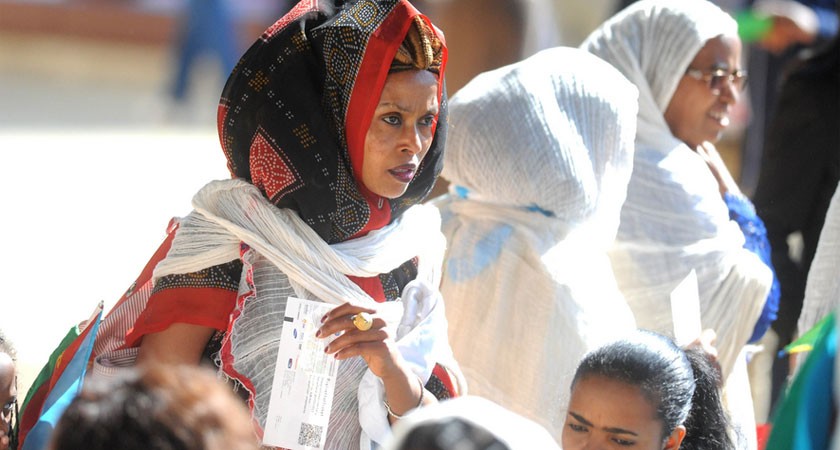 “Expo Milano 2015 – explained the Minister of the Local Government of Eritrea, H.E. Woldemichael Abraha Angemichael – is an extraordinary platform on which to share experiences and best practices. The theme reflects the main challenge our Country has been striving to achieve for some time now: finding solutions to fight water scarcity”.

“We welcomed Eritrea’s decision to participate in the Arid Zones Cluster – stated the General Commissioner Pasquino. Expo Milano 2015 is a very important opportunity for presenting the best solutions in terms of food security and environmental sustainability. And Eritrea has something to say about these topics, thanks to its experience and its smart use of water resources”.

THE STRONG PARTICIPATION OF THE ERITREAN COMMUNITY IN MILAN

The Eritrean community from Milan enthusiastically participated in Expo Milano 2015 on May 24, to celebrate the National Independence Day.

The parade along the Decumano was a moment of connection, not only between the institutional event and the meeting at the Arid Zones Cluster, but also of brotherhood with the whole Exhibition Site: in a flurry of colored umbrellas, drums, dances and applause, the Eritrean Delegation paraded through the photographs and smiles of the thousands of visitors already lining the Decumano.

HEADING TO THE ARID ZONES CLUSTER

The meeting at the Arid Zones Cluster, where Eritrea exhibits its characteristic agricultural productions, was a moment for exchanging a wide variety of information. Here guests were welcomed by trays full of bread of every kind, with chickpeas, barley and whole grain flour; along with handfuls of kolo, an exquisite snack with roasted oat seeds, and by the bun, the Eritrean coffee ritual, which is composed of a sequence of gestures indicating hospitality, and performed while serving a hot, light, but very fragrant drink. It’s a taste of Eritrean hospitality, that included smiling girls wearing jewels, women sporting the most beautiful traditional dresses, farmers proud of their daily work, agronomists and researchers hosted by the delegation.

“In the last few years Eritrea has done a lot – said the Ambassador of Eritrea in Italy Fessahazion Pietros – this means that anyone who goes to Eritrea today, hoping to observe and understand the Country, directly and not by word-of-mouth, can do so. We have built large and small roads and dams, and wells too. Today, if you travel through Eritrea you see a water basin behind every village. Women no longer walk five, ten, twenty kilometres to get water, because now they have it just two hundred meters away. The government created this possibility. It’s a sort of second liberation. We hope that the world will pick up on this opportunity and understand it. This is why we are here at Expo Milano 2015”.

The event witnessed a surprisingly high visitor flow, especially on the part of Eritrean women: over one hundred of them participated wearing their typical dresses in white cotton, zuria and shiffon, a show within a show.

At the end, the entire area came to life with traditional music and dancing provided by the Sibrit group, which plays traditional instruments such as the kirar, wata, conga and shambuko. This confirmed that getting to know a country, its culture, ideas, dishes and inhabitants is always a good reason to party.