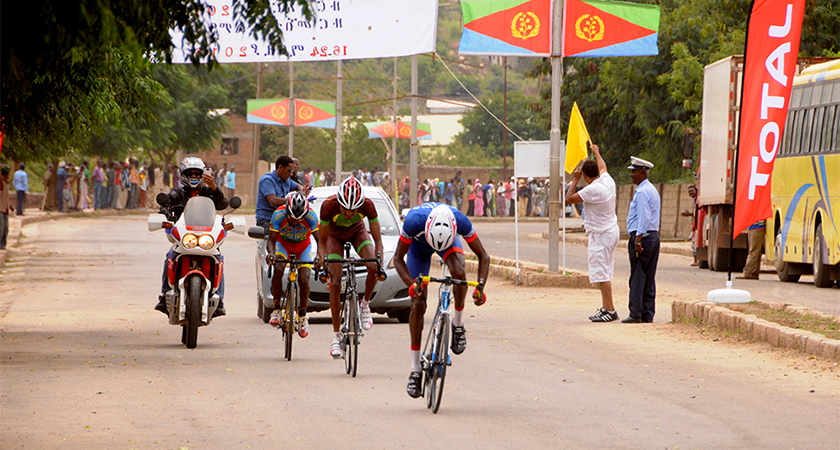 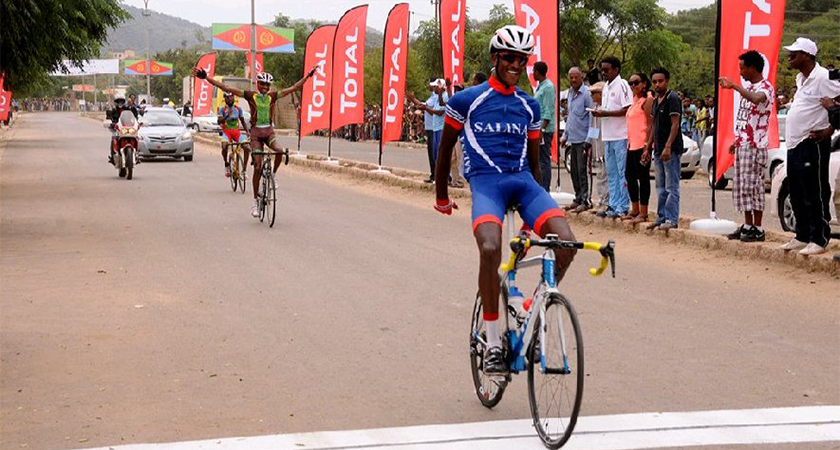 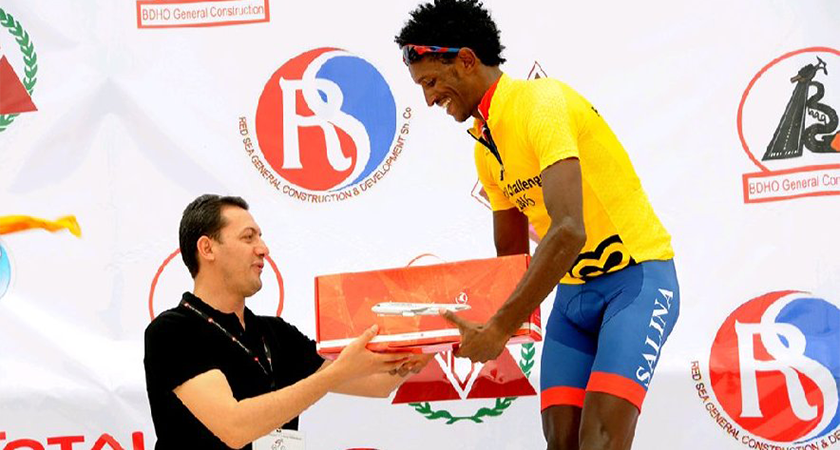 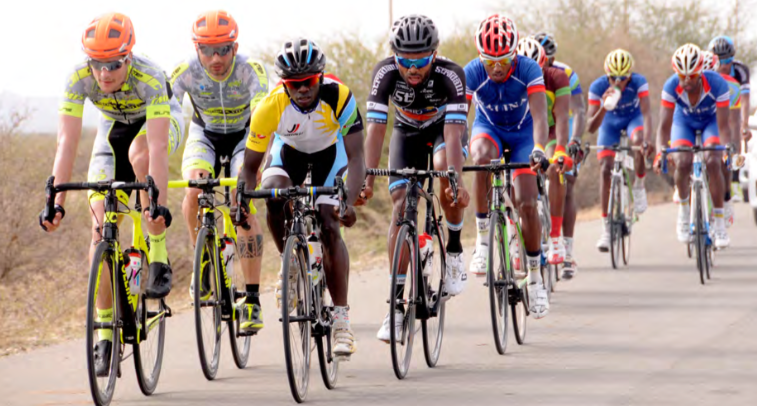 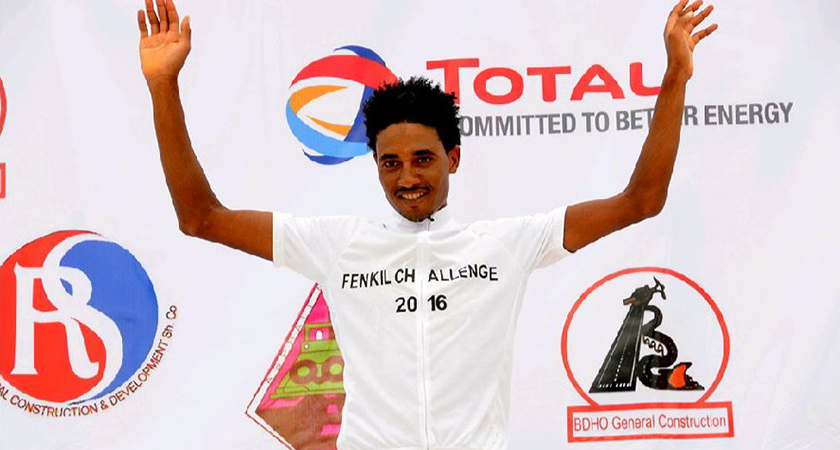 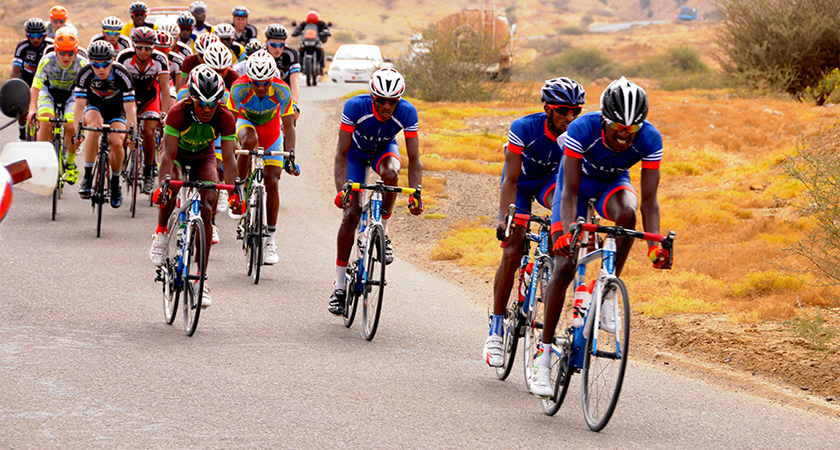 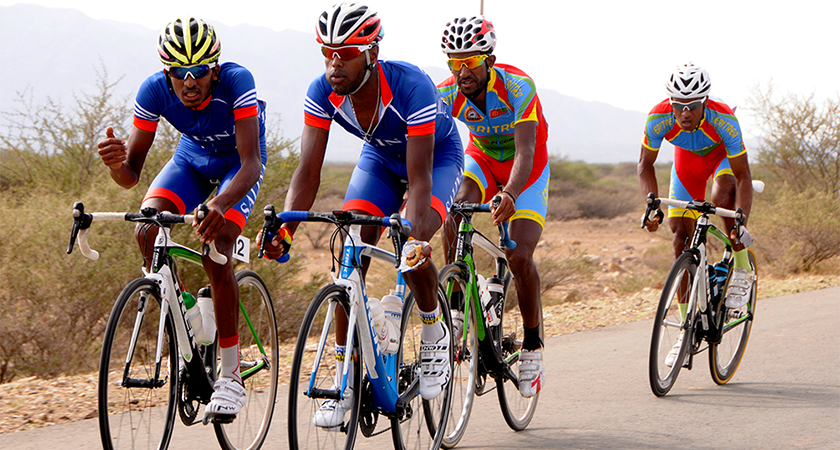 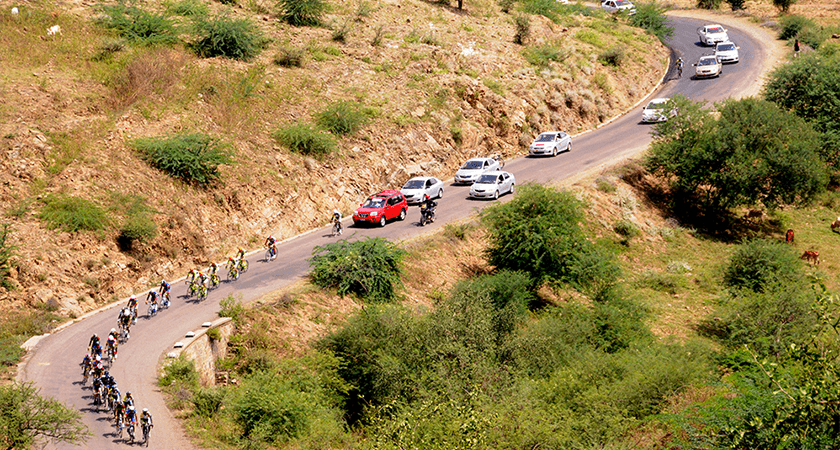 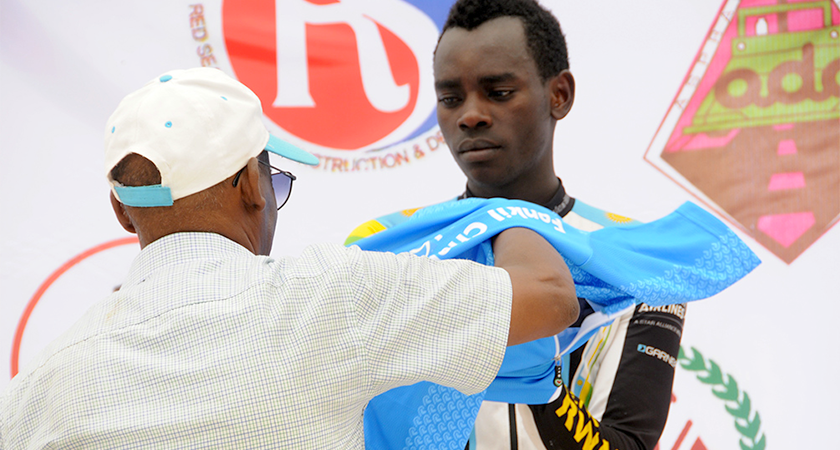 Following to 2009 official recognition by UCI, the 2016 Tour of Eritrea (Tour-de-Eritrea) kicks-off its curtains today (16). In this competition Eritrea—as host country—is represented by one National Cycling Team and other two – Tsinat and Salina – backing and individual teams. And with eight participant teams, the 2016 Tour of Eritrea commenced today in its way from Foro to Ghindae, the Capital city of the Semanawi Keith Bahri forests.

And at rate of pedalling their cycles at 38.4 km per hour, 44 cyclists energized their whimsicality to have the grail of success which came to end at 9:47 AM in Ghindae. And with unexaggerated tracks of time differences on their way from Foro, three teams formed and the situation seems as if there wouldn’t be any startling competence.

However, the mountain race in both Laelai and Tahtai Dongolo challenged contestants. And with time was approaching to Ghindae’s finishing line, competition came to its fierce edge.

“I am frightened to remember why you—Eritreans—have still not exploited this way from Foro to Massawa,” Jonathan ‘Joke’ Boyer, an American coach of the National Team of Rwanda states while considering that morning hours sultry weather as additional challenge of the ‘tour’ for his team which has been under intensive training schedules at the Musanze-based Africa Cycling Rising Centre (ARCC).

“Yesterday, when I was in Massawa, my wife ushered me the birth of my son; and today I have armored my joy for ranked 1st in this UCI 1.2 rated competition,” Michael asserts. “To reflect this, I have already named him ‘Mekseb,” he adds.

In this competition, the Sudan team—which is under the guidance of an Eritrean trainer—affirms its fervent movement despite its failure to arm with the late bicycle brands. And with the lowest number of cyclists in its team, others like Egypt are, however, represented by 5 riders while Rwanda has 6 cyclists. And in this first day race, Eritreans reserved the rank from 1st till 3rd, and, followed by other teams, they remain dominant till the 10th rank which is guaranteed by Elias Afewerki.

The National Team of Rwanda also pay high energy to counter the attack of the Germans and Ukrainians who catalyze the trial of fast pedaling after Umkulu, Massawa. And crippled attempts of Camera Hakuzimana of the Rwandan cyclist to join the three groups which were formed in the way from Foro to Massawa was also another appreciated strike from the Rwandan National Team.

Archives name Bereket Yemane for being the first winner of Tour of Eritrea in 2009, a year in which the UCI categorized the cycling platform of Eritrea as 2.2 category officially. The success of Eritreans for grasping the grail of Tour of Eritrea since then continued sparking with the success of Natnael Birhane in the 2010, Meron Russom in 2011 and in 2013, Mekseb Debesay also added another folds of success.

Historically, in the past five platforms of Tour of Eritrea, Jacques Janse van Rensburg (RSA) kept the record for winning the Tour of Eritrea in 2012 from foreign cyclists.

The Tour of Eritrea is going to continue tomorrow (17) with ‘Massawa-Circuit’.