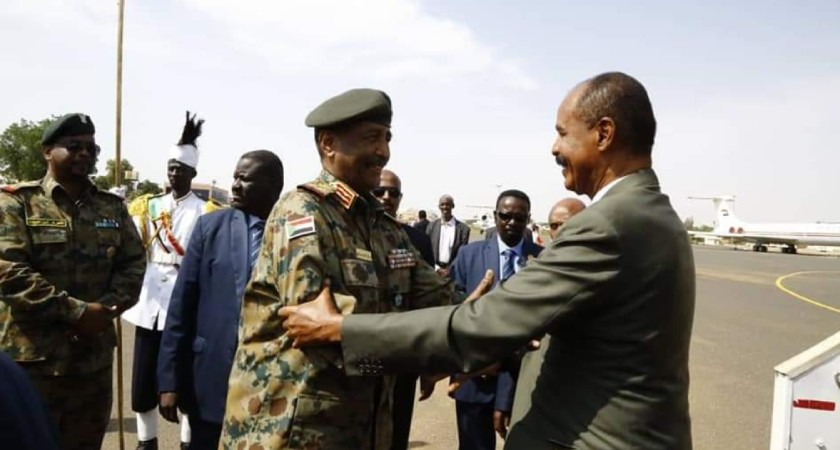 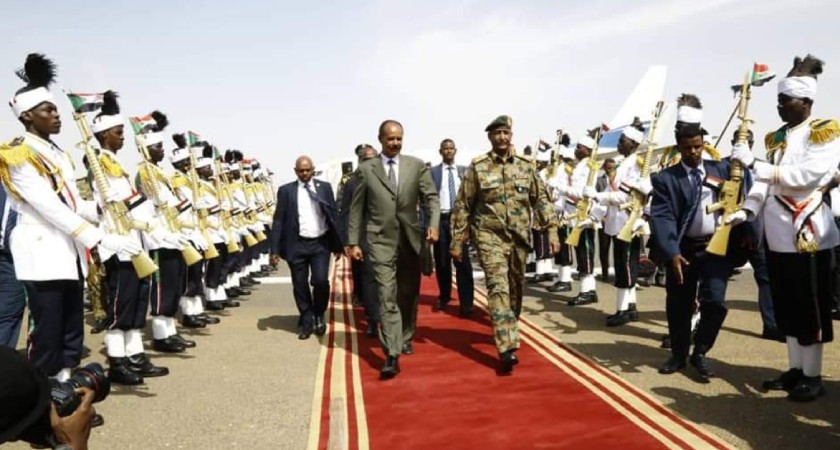 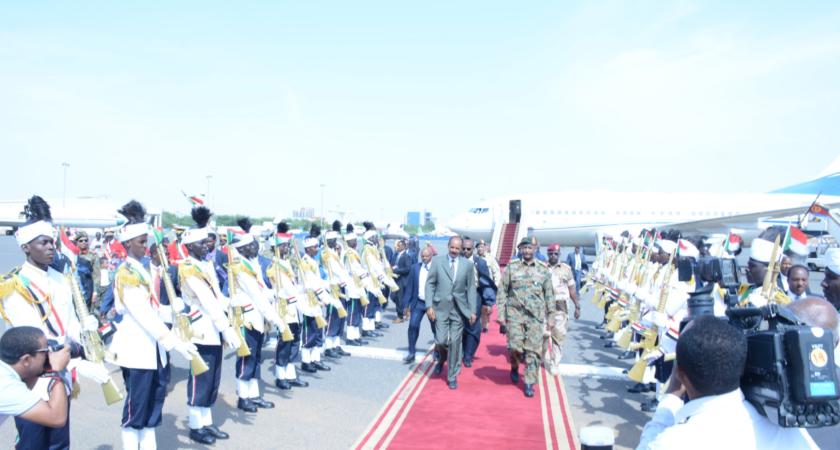 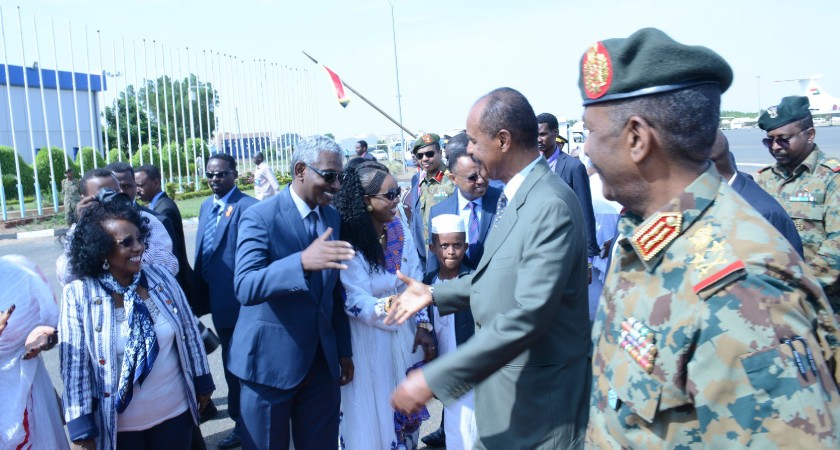 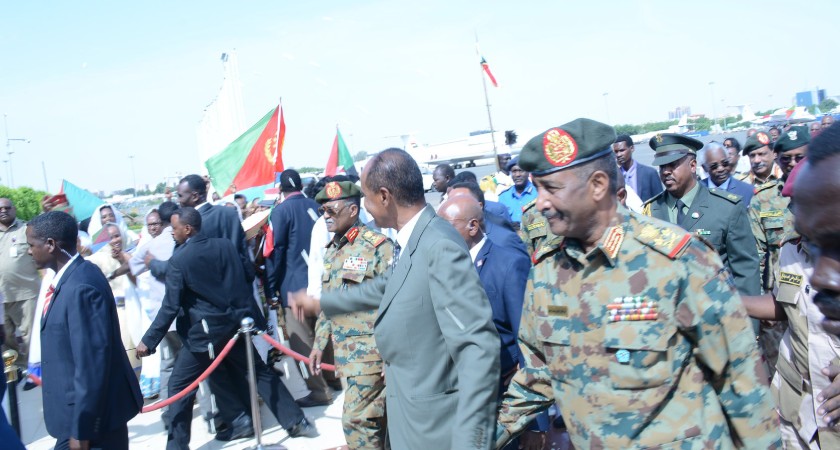 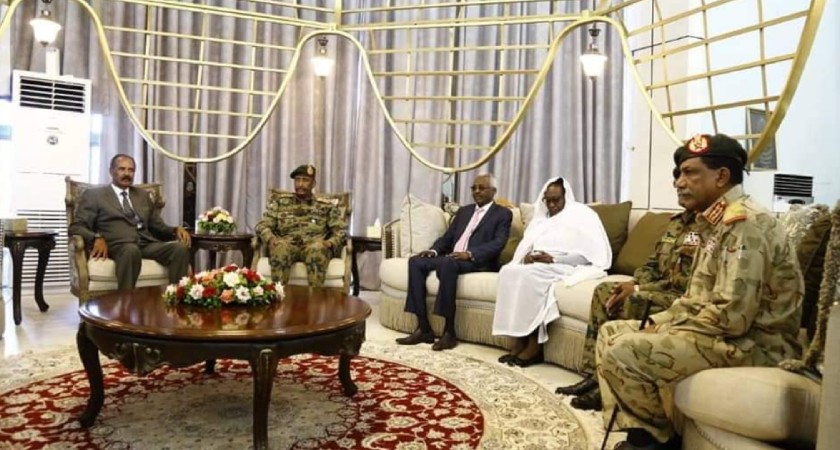 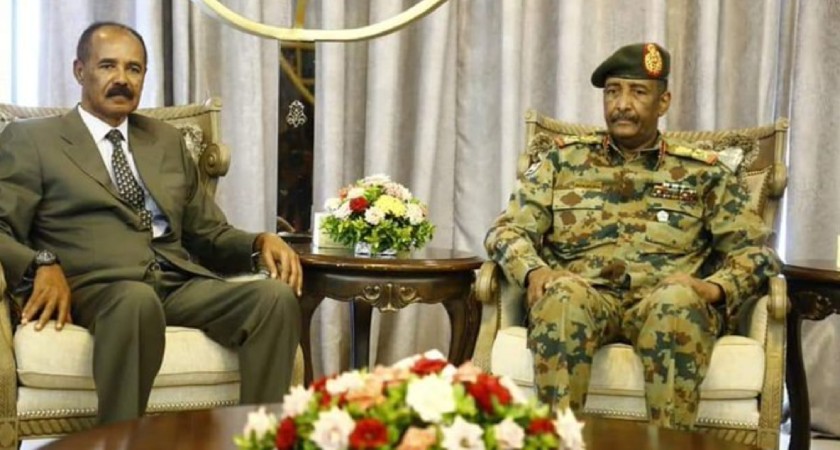 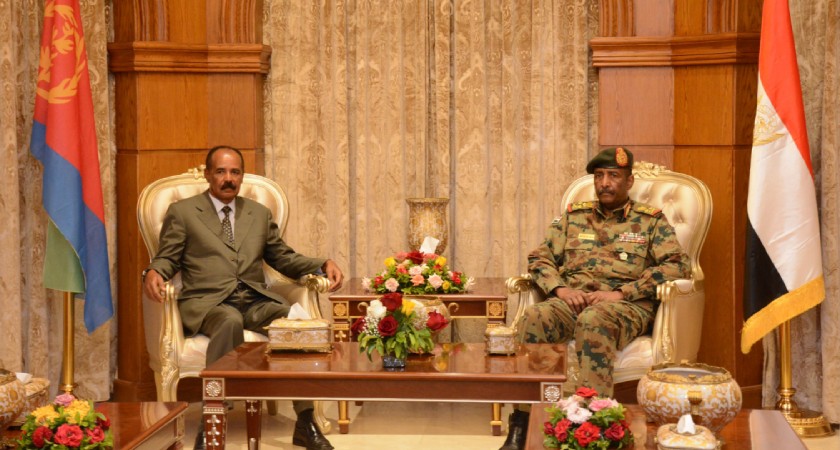 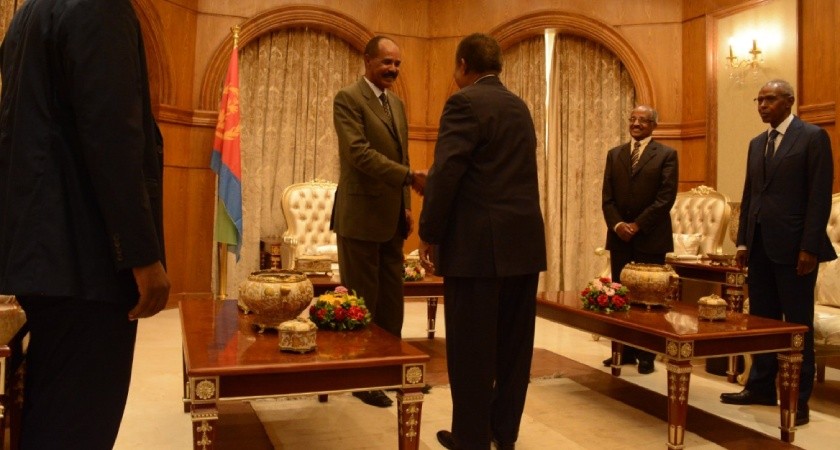 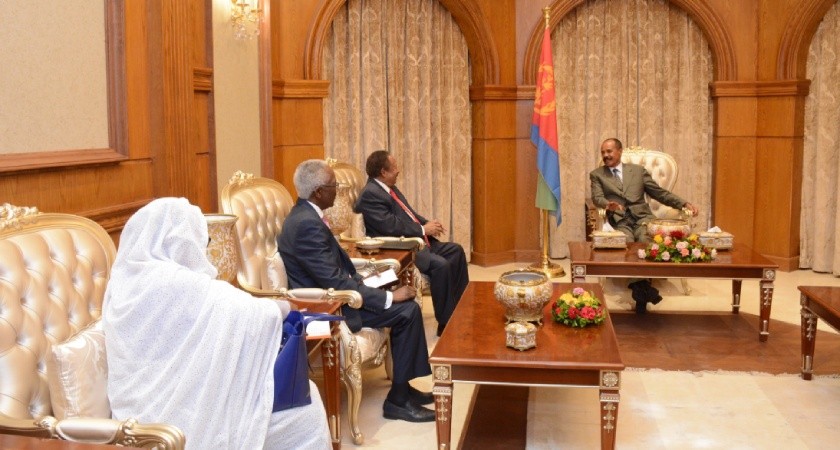 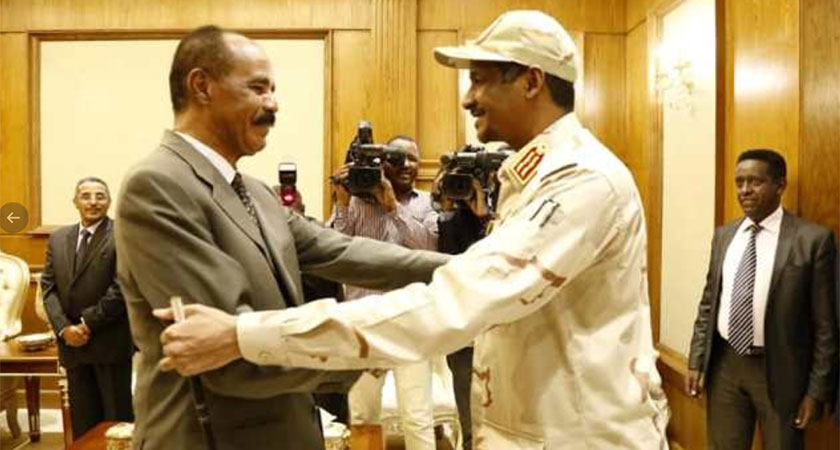 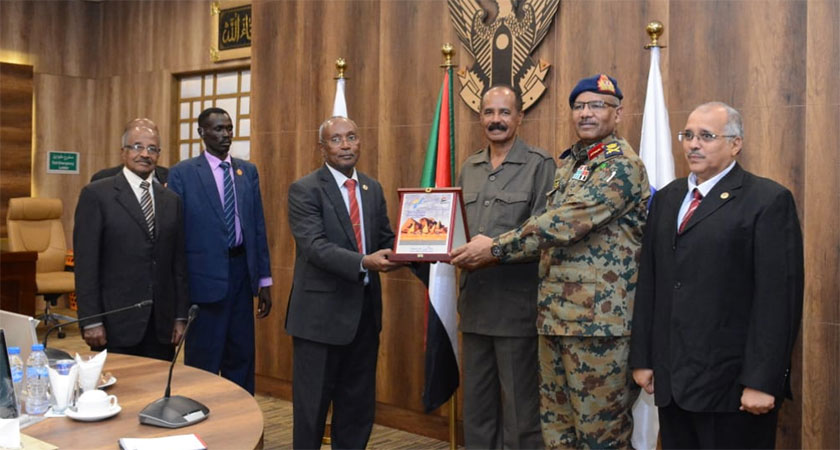 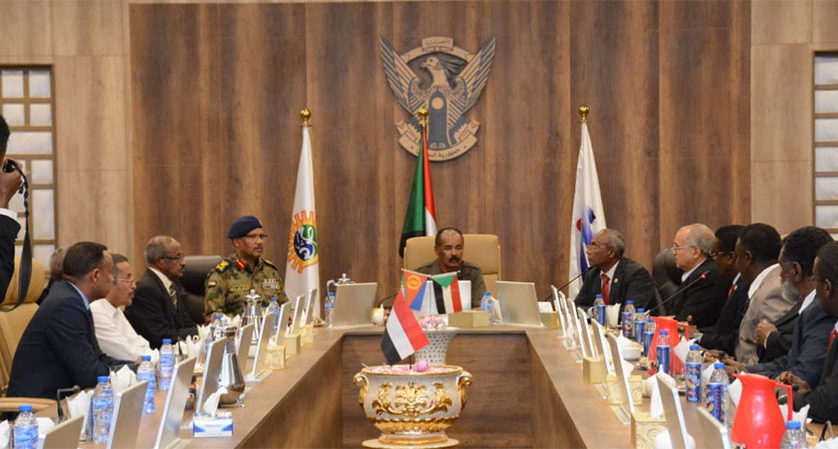 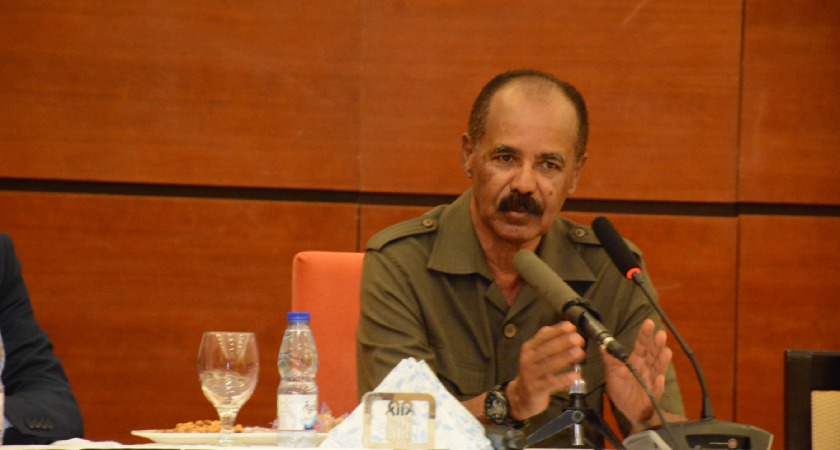 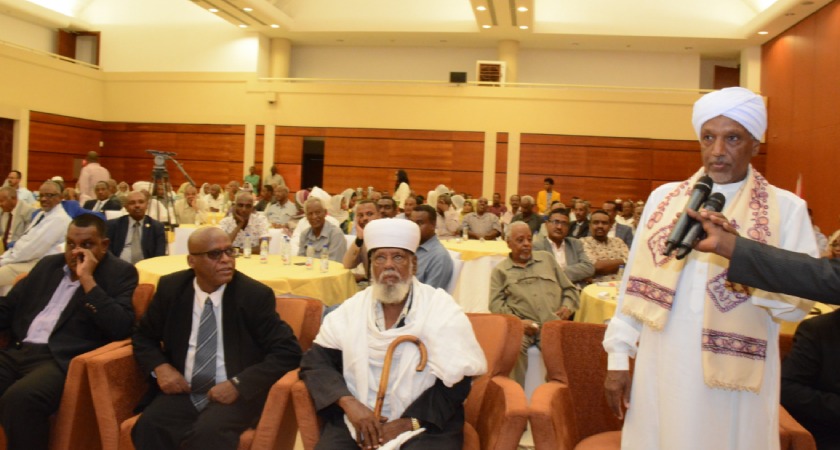 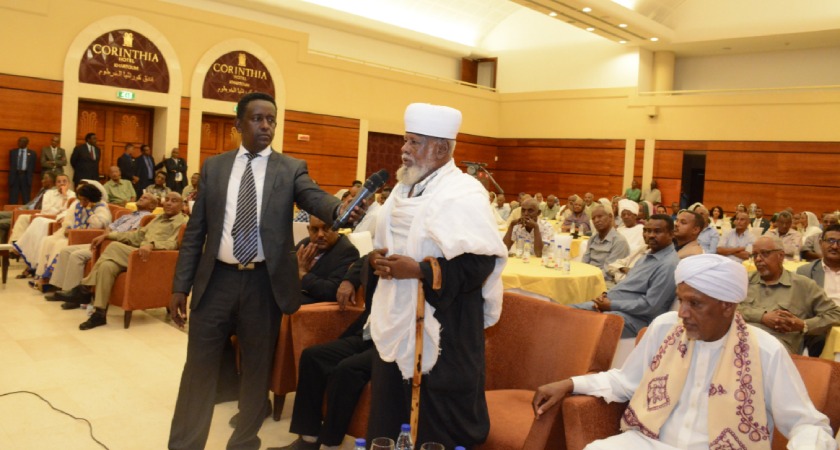 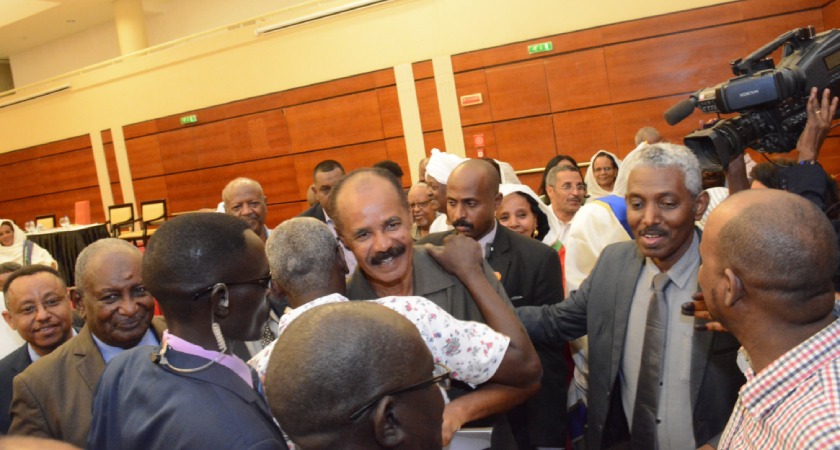 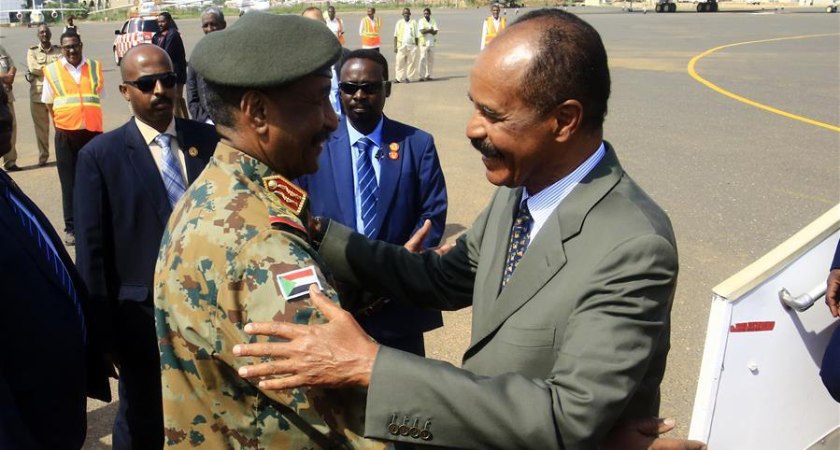 Up on arriving at Khartoum International Airport, President Isaias and his entourage were accorded warm welcome by President Al-Burhan and senior Sudanese dignitaries.

The two leaders and their delegations held their first meeting at the Presidential Palace immediately after arrival and discussed horizons of cooperation between the two countries.

Following the Sudanese revolution against the ousted regime of President Omar al-Bashir, Eritrea was among the first countries to declare its support for Khartoum during the interim period.

President Isaias expressed his delight in visiting Sudan, a country with which he has had longstanding and intimate relations.

President Isaias congratulated the leadership and people of Sudan for their historic achievement in bringing to an end a painful chapter that lasted for three decades.

He also said that the people of Eritrea will never forget the support of the Sudanese people, in their 30 years long struggle for independence.

Minister of Cabinet Affairs, Omer Bashir Manis, said in press statement that meeting between Presidents Al-Burhan and Afwerki sought ways of development of relations between Sudan and Eritrea and the best means and mechanisms for enhancing relations between the two countries, which are linked with historical, cultural and social bonds.

The Minister added, the meeting also looked into overall issues of concern to the two nations as they are neighbors tied with common interests and benefits.

The two sides expressed their determination to recoup lost opportunities and agreed to promote economic, trade, political, diplomatic as well as security and military cooperation.

They also agreed to work together for effective regional integration.

Bilateral relations between Sudan and Eritrea were strained since early 2018 after the government of ousted President Omar al-Bashir unilaterally closed the eastern border under the pretext of protecting the region from an alleged Eritrea-Egypt threat.