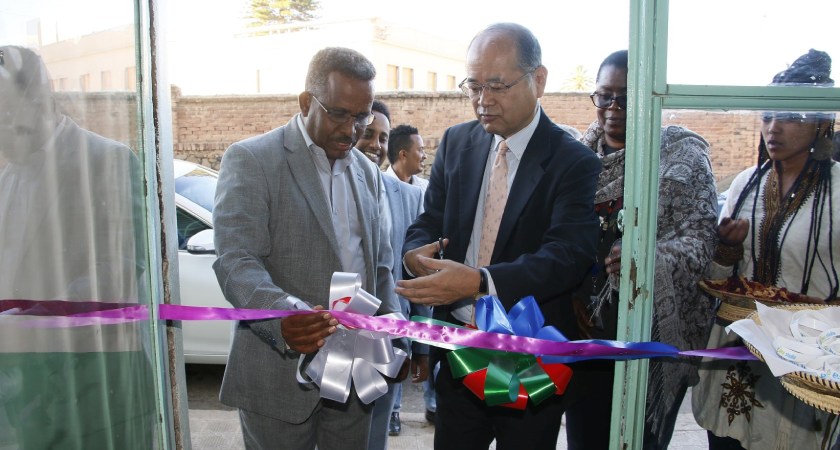 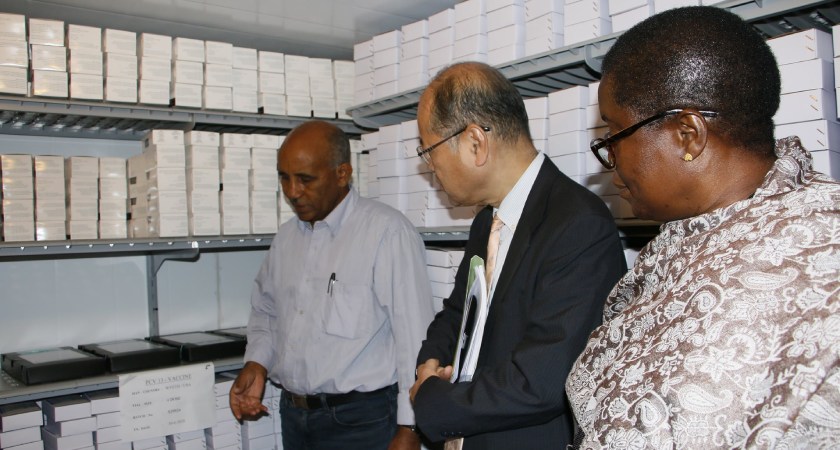 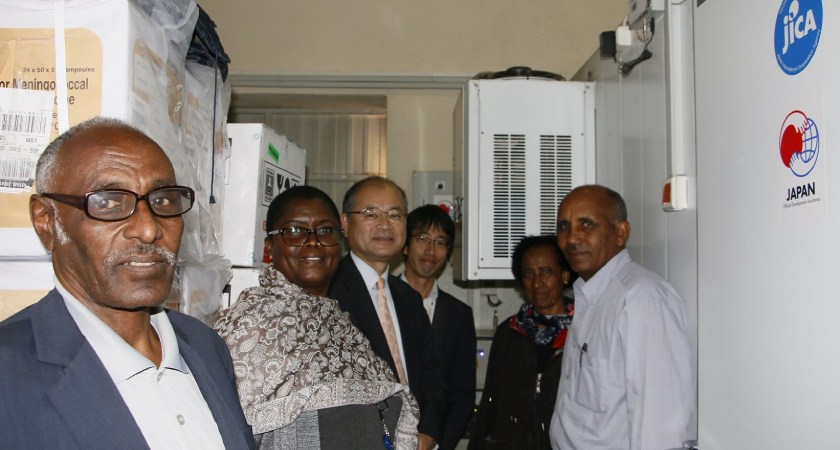 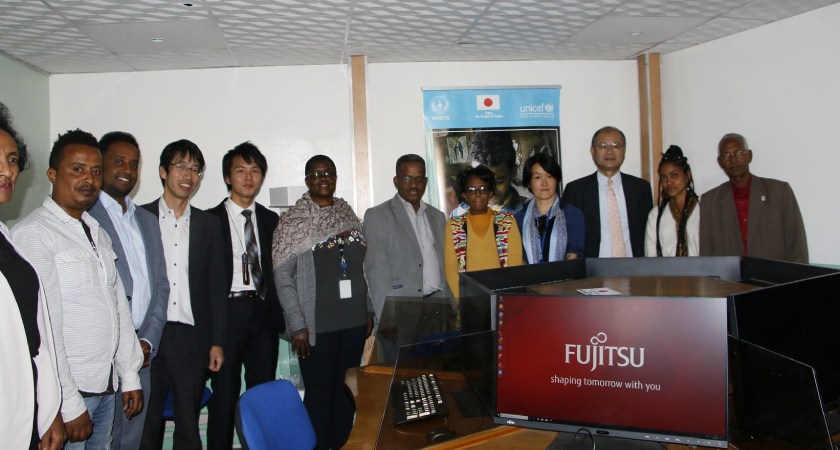 Representatives from the Government of Japan made a two-day visit to Asmara recently to meet with government officials to discuss ongoing bilateral projects with Eritrea.

The Japanese delegation comprised of Mr. Yoshihiro Katayama, Chargé d’Affaires and interim of Japan to the State of Eritrea and Mr. Hirotaka Ishikawa, First Secretary and the Head of Economic Affairs and Economic Cooperation, accompanied by Mr. Masahito Miyagawa, Representative, JICA Kenya Office.

During their visit, the delegation also inspected Government of Japan/UNICEF supported projects with the Ministry of Health (MoH) and the National Union of Eritrean Youth and Students (NUEYS).

Accompanied by Ms. Shaya Asindua, UNICEF Deputy Representative, the delegation visited the National Vaccine Store at the Orotta Hospital to inspect the cold-chain systems, procured with funding from Japan which store life-saving vaccines for the children of Eritrea.

Mr. Tedros Yehdego, the EPI Manager for the Ministry of Health, and Dr. Andeberhan Tesfazion, Director General of Public Health, provided information to the delegation on how the safe storage of vaccines and systems was enabling Eritrea to consistently achieve immunization rates of above 95% since 2016.

Later, the delegation was welcomed by the Chairperson of NUEYS (National Union of Eritrean Youth and Students), Mr. Saleh Ahmeddin, and provided a tour of the premises and equipment for the Idea Studio programme, funded by Japan Supplementary Budget, and which has been implemented in Eritrea in collaboration between Ministry of Information, NUEYS and UNICEF.

The Japanese delegation were very impressed with the joint efforts being made through the Idea Studio program to provide Eritrean youth with a platform for creative innovative business ideas and fostering employment among youth.

UNICEF thanks the Government of Japan for their support.