Improvement in Eritrea-Ethiopia Relations and the Way Forward

The last weekend saw historic developments in the relations between Eritrea and Ethiopia: an end to two decades of state of war and return to peace relations to pre-war years. The details of the agreement include implementation of the decision of the Boundary Commission, to “forge intimate political, economic, social, cultural and security cooperation” and “to ensure regional peace, development, and cooperation.”

As an ongoing process, the two countries will have a consultative group to work out details of all issues. Implementation of some points of the agreement has already started. The two sides seem to be determined not to waste any time.

With the election of Dr. Abiy Ahmed, Ethiopia is following a new course not only in relations with its neighbor Eritrea but also in its internal governance. The whole atmosphere exudes liberalism in politics and the economy. One thing we can say is that on issues of governance, Dr. Abiy Ahmed is steering Ethiopia away from imminent danger and possible fragmentation.

In international relations, the reconciliatory position taken by Ethiopia on relations with Eritrea is the most significant. All governments and international organizations have lauded the move and promised their full support for the implementation of the policy. The public outburst of love and affection to the Ethiopian Prime Minister and his entourage by Eritreans of all walks of life and age during his visit to Asmara two weeks ago shows the depth of the public sentiment and craving for peace.

The key factor in the relations between the two countries is “the implementation of the border decision.” As simple as it looks, the TPLF leadership refused to allow demarcation of the border despite its approval both before and after the decision. That was the monkey wrench in the peace process.

At this stage, all the means that could be mustered by Ethiopia and its supporters (handlers) were used. It started with an attempt to reject the Border Commission Decision at the UN Security Council, the imposition of sanctions on trumped-up charges for alleged support to Al-Shabab, and continued to this day using ‘moving goalpost’ series of false charges.

The charges kept on changing even when the original reason was proven to be false. The situation continued for eighteen years. Other attempts to weaken Eritrea involved using the pull-effect of immigration of Eritrean youth to North America and Europe. Isolation and demonization of the Eritrean Government and leadership were put into full effect with the eventual aim of elimination.

The Government and people of Eritrea stood their ground, maintaining solid defense capability and investing in infrastructure for food self-sufficiency, education and healthcare. All these tasks had to be performed while maintaining a reliable defense force.

In the meantime, the legitimacy of the TPLF was challenged by the majority Oromo and Amhara. They called the bluff and went for strict implementation of the provisions of the federal constitution at all levels. This was supported, and in some cases spearheaded by the youth and population at large.

The election of Lemma Megersa as head of the Oromo local administration and Dr. Abiy Ahmed as Prime Minister was the culmination of the process of ousting the TPLF group. Several policies and practices were reversed. Political prisoners were freed and people are encouraged to exercise their rights fully without fear.

Actually, the change taking place now was the position of the Eritrean Government before the start of the war in 1998. In Eritrea, one can actually feel the peace – it is everywhere in the atmosphere. The Implementation of the terms of the agreement will start in a matter of days.

In addition to the prevalence of peace, there is a huge peace dividend that accrues to both countries. The effect of these benefits will be reflected directly in their economies. It was recently disclosed that Ethiopian Airlines loses US $100,000 per flight for not using the Eritrean airspace. 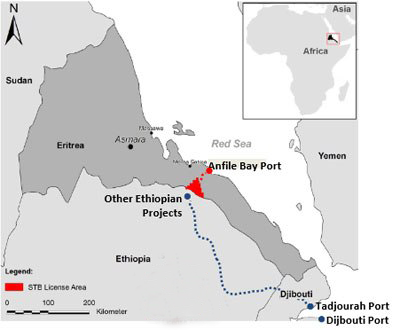 Potash from the Danakil area is a few miles from the Red Sea coast and this will reduce the transportation cost of the commodity for export. Similarly, the northern part of Ethiopia will benefit from the short access to the sea.

For Eritrea, far less military expenditure that was necessary for the defense of its sovereignty will entail positive ramifications for rapid growth of its economy. Lifting of the sanctions will open up investment and tourism. Ethiopian Airlines carries tourists to Egypt, East Africa, and Ethiopia. Many of these tourists can be lured to visit Eritrea on their way, for a little additional cost. Ethiopia itself attracts tourists whose main destinations are Egypt and East Africa. Ethiopians who come to enjoy the Red Sea coast and resort areas will, by itself be a good segment of the tourist market. The free-trade zone and the Massawa area, in general, can be turned into a gateway for central and western Africa. The Chinese trade route that passes over the Red Sea can find a convenient landing spot for Africa.

In the meantime, the challenge of the advent of peace on Eritrea can be daunting. There will be a shift from the war mode to the peace mode and that includes the way priorities are set, resources allocated, and tasks performed. There will also be a host of other programs to be restarted that have been shelved away because of the war situation and sanctions.

However, Eritrea has gained enough experience in running a fast-growing economy and smooth administration during the pre-war years. Now it will be in a much better situation. Thus, the prospect for fast recovery of Eritrean economy and restart of all programs is encouraging.

The availability of educated human resource and infrastructure in the form of dams and irrigation systems will speed up growth in agro-industry and export of such products. The start of potash mining and other minerals will provide the finance for investment in several sectors of the economy. The pent-up demand for housing is so huge, because of the stoppage of construction for several years, that it will be the main economic activity and source of employment for several years to come. Developing the inputs for the construction industry locally will be additional investment areas. This sector had started on a good footing during the prewar years.

The whole process of restarting the economy, revamping the administration and demobilization will occupy the government for a long time to come. Addressing these critical issues will result in significant growth and a shift in the economy and society.

In the long run, Eritrea with a small population will be dependent on international trade if it is to attain a significantly higher level of economic activity. Effective utilization of the young minds in hi-tech and science fields will be the main players in the new arena. The means for encouraging the young minds have to be developed if the country is going to benefit from them.

Thus, it is prudent to assume that current developments in the political arena in Ethiopia will be crucial for the direction the country is going to take in the future. So far they are encouraging.