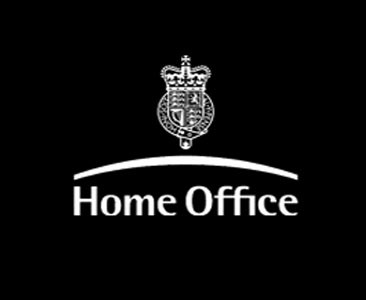 There are two groups of Ethiopians who are claiming to be Eritreans: the Amharic speaking from Central Ethiopia and the Tigrinya speaking (Tigreans) from Northern Ethiopia who live near the Eritrean border. But the Tigrina spoken in Ethiopia’s Tigrai region is different in accent from that spoken in modern Eritrea. Only native Eritreans can distinguish if any Tigrina speaker is from Eritrea or Ethiopia. Amharic speakers are clearly not Eritreans; Amharic is not spoken in any part of Eritrea. It does not exist in the Eritrean curriculum any more (as it did before 1991, during the Ethiopian occupation) and every Eritrean born after 91 speaks Tigrina one of the main languages in Eritrea.

The British Ambassador in Eritrea knows very well Amharic is no longer spoken in Eritrea. The Ambassador also knows the type of Tigrina spoken in Northern Ethiopia, so why are British Officials and the Home Office, classifying Amharic speaking Ethiopians and those from North Ethiopia classified as “Eritreans” and granting them asylum. It is for these reasons that many Ethiopians are exploiting the asylum situation to the maximum by memorizing Eritrean history, currency, geography, political situation and telling the world they want to avoid the National service when it has nothing to do with them. Some Ethiopians even claimed to be half Eritrean and half Ethiopian born in Campo Sudan or the Eritrean port city of Assab – it is all fiction as they are Ethiopians not Eritreans.

The strange thing is that Home Office conducts tough language tests for other nationalities and if they discover that any asylum seeker is not the nationality he/she is claiming, then their asylum request will be refused right away and their nationality disputed. When it comes to Eritrean and Ethiopian asylum seekers, the issue is bundled under Eritrea card regardless of Ethiopians disguising themselves as Eritreans. It is a complete blunder and that is why Eritrea was named as one of the top refugee producing countries in the last few years.

Policy makers seem to be indifferent to the issue because Ethiopia is perhaps viewed as friendly country and an ally on war on terror where as Eritrean is seen unfriendly country. So Ethiopian asylum seekers are benefiting out of it because the asylum system seem to be open for abuse when Ethiopian nationals are openly claiming to be Eritreans and get away with it. So it is fair to say that it is the policy makers here in the UK who are opening the flood gates themselves by offering refugee status to the wrong people, then they should not complain about refugees coming to the country afterwards because they themselves are making mockery of their own asylum system.

In the late 80’s and early 90’s, the Home Office had an organized coherent logical argument in the sense that refugees were classified by regions. For instance, there was a Horn of Africa, West Africa , Southern Africa regions. The Home Office would bring experts from these regions to work out who is who. Now it is a free for all, Ethiopians who have nothing to do with Eritrea are walking a way with British Passports. The Home Office perfectly know they can employ impartial Eritrean language experts from the Eritrean Community in the UK but they are not in a hurry to do so as they seem to have been relying on the Eritrean opposition group for advice – who are exaggerating what is in Eritrea rather than to tell the Home Secretary the objective situation as it is.

The suspicion among the Eritrean diaspora, is that the British Foreign Office and the British ambassador in Eritrea knew that Amharic has not been spoken in Eritrea since independence in 1991. Yes, during the border dispute between Eritrea and Ethiopia in 1998, about 80,000 Eritreans who lived in Ethiopia were uprooted and sent back to Eritrea when the late Ethiopian Prime Minister said that “if we do not like the colour of their eyes we have to get rid of them”. He expelled them all and after one or two years, they were fluent in the Eritrean language.

Therefore, no one speaks Amharic language in Eritrea at present. It looks like the Home Office has entertained for so long Ethiopian refugees as Eritreans – and need to stop it. On top of that we know that Ethiopia is receiving about $390 million in aid from the British Government each year and about $3 billion from other western countries and yet more than 15 million Ethiopians are starving this year while many of them are coming to UK or other European countries by applying for asylum disguising as Eritreans.

In the last 15 years more than, quarter of those who claim to be Eritreans are in fact Ethiopians. But in December 2014 the Home Office for the first time visited Eritrea and found out things for themselves from the Eritrean authorities and are beginning to review their asylum policy towards Eritreans and Ethiopians at a slow pace.

Eritreans are leaving their native country in large numbers for a number for reasons, the long national Service, luck of job opportunity, better educational opportunity abroad, availability of relatives who can help to send money, the asylum policy for Eritreans in Europe made simple by European policy makers, Ethiopia’s deliberate action to sanction and isolate Eritrea economically and politically using its handlers, etc are the main drivers of Eritrean migration.

But the former Eritrean adviser to the UK Home Secretary Theresa May, Mr Tesfalem, when asked on television about why Eritreans are fleeing, he stressed about the national service as the main problems. But the advisor and the Home Office don’t acknowledge that Ethiopia is still occupation of sovereign Eritrean territory violating international law and If Ethiopia accepted the Algeris agreement in full to vacate sovereign Eritrean territory– then Eritrea would demobilize its force and National Service would come to an end and no one would flee Eritrea. What is more Eritrea is also under two sanctions due to her arch enemy Ethiopia and its handlers.
Therefore, the former adviser to the Home Secretary has been very economical with the truth, not reflecting the true picture of the current situation in Eritrea.

Another Eritrean academic was also seen in the media, only talking about the problem of the Eritrean national service and was criticizing the Home Secretary for reviewing the UK Eritrean immigration policy. The problem with the so called ‘Eritrean opposition’ is that, they are only telling half of the truth about Eritrea and there are more than 35 groups of them who claim to oppose the Eritrean Government or who are craving for regime change in Eritrea without thinking what happens the next day or the day after. But majority of Eritreans in the Diaspora know them and they don’t represent the interest of Eritrea or Eritrean refugees. Their aim is simply to oppose and not propose anything constructive to help the people of Eritrea .

Until two years ago, Britain had an open door policy on Eritrean asylum seekers, but now they seem to be moving slightly towards a controlled migration policy where they look at each case on its own merits. The Eritrean opponents is against this, saying that the Home secretary should grant any Eritrean, even Ethiopians, full refugee Status. If that was the case, the Home Office does not require an asylum policy. In other words they are saying that every Eritrean should be granted asylum, even if they are born, bread and lived all their lives in rich countries like Saudi Arabia, Qatar, Kuwait etc… for years. It is the duty of the Home Office to establish who is who and who is a genuine asylum seeker and the only solution to the sudden influx of asylum seekers or economic migrants whether they are Eritreans, Ethiopians, Albanians, is controlled immigration and the British government’s approach, seems to be heading in the right direction but not yet effective.

It is wrong that the Eritrean opponents criticize Britain’s controlled migration policy on Eritreans. After all, who will foot the bill, the authorities will have to find accommodation money for them. Hence each case should be looked at on its merits. Note also, National Service in Eritrea does not apply to any one under 17 years of age and anyone of this age is suppose to be in school and each student receives school certificate each year up to year twelve.

It is not only the Eritrean opponents that have been criticizing the Home Secretary vis-a-vis Eritrean asylum seekers. There are also some journalists who seem to behave more Catholic than the Pope himself by giving the impression that they know better. One Journalist writing in one of the national newspapers in Britain criticized UK’s controlled migration policy towards Eritreans by saying that Britain is “moving the goal posts by redefining rules for Eritrean refugees”. What does this journalist want? Is he asking the Home Secretary to leave the goal post without a goal keeper and let the flood gates open? That is absolutely unworkable. After all the costs of supporting a refugee family of four would roughly come to around £26.000 per year and for unaccompanied minors alone, it would cost between £20 – £25,000.

Finally the slogan for Tesco (a UK supermarket chain) says, “every little helps”. If this is the case, then the Home Office has not been helping its own asylum system by accepting Ethiopian asylum seekers as Eritreans thereby creating not solutions but confusion. However, if the Home Office and the Foreign Office continue to play politics (by turning a blind eye to Ethiopians masquerading as Eritreans) rather than tackle the asylum system then they will continue to receive huge numbers of Ethiopians and they can only blame themselves.