By Steven Swinford | The Telegraph,

Millions of African migrants pose a threat to the standard of living and social structure of the UK and the rest of Europe, the Foreign Secretary has warned.

Philip Hammond said under EU laws migrants can be “pretty confident” that they will never be returned to their home countries, adding that it will not be “sustainable” if Europe has to “absorb” millions of African migrants.

He also said that there will always be a threat to the security of the Channel Tunnel as long as there are still large numbers of “pretty desperate” migrants who are “maurauding” in the Calais area.

Speaking during a visit to Singapore, Mr Hammond said the gap in living standards between Europe and Africa meant there would always be an “economic motivation” for Africans to try to make it to the EU.

He told BBC News: “We have got to be able to resolve this problem ultimately by being able to return those who are not entitled to claim asylum back to their countries of origin. That’s our number one priority.

“As long as the Europe Union’s laws are the way they are, many of them will only have to set foot in Europe to be pretty confident that they will never be returned to their country of origin.

“Now, that is not a sustainable situation because Europe can’t protect itself and preserve its standard of living and social structure, if it has to absorb millions of migrants from Africa.”

Mr Hammond said that ensuring migrants could be returned to their country of origin was also the key to resolving the “crisis” at Calais, where hundreds are gathered in the hope of being able to make it across the Channel to Britain.

“Having reviewed the situation in the light of the crisis it is clear that there is more that can be done to enhance the physical security of the tunnel,” he said.

“But we also have to work with our French colleagues to try to deal with the root cause of the problem. So long as there are large numbers of pretty desperate migrants marauding around the area there will always be a threat to the tunnel’s security.”

His comments came after Greek prime minister Alexis Tsipras warned that his country was being overwhelmed by the influx of arrivals crossing the Mediterranean from the Middle East and Africa.

Last month alone almost 50,000 migrants arrived in the EU through Greece compared to a total of 41,700 in the whole of last year, according to the latest figures from Frontex, the EU border agency.

THE European Commission on Monday approved 2.4 billion euros ($2.6 billion) of aid over six years for countries including Greece and Italy that have struggled to cope with a surge in numbers of immigrants.

Italy is to receive the most aid – nearly 560 million euros, while Greece will receive 473 million.

Tensions have escalated this year as thousands of migrants from the Middle East and Africa try to gain asylum in the European Union.

In Calais, a bottleneck for migrants attempting to enter Britain illegally through the Eurotunnel from France, has seen several migrant deaths this month. 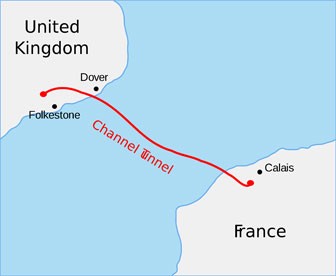 Some of the newly approved aid will be disbursed to French and British authorities tackling the crisis in Calais.

“We are now able to disburse the funding for the French national programme and the UK has already received the first disbursement of its funding,” Natasha Berthaud, a European Commission spokeswoman, told a news conference.

“Both of these programmes will, amongst other things, also deal with the situation in Calais.”

The Commission plans to approve an additional 13 programmes later this year, which will then be implemented by EU member states.