BY NEAMIN ASHENAFI | THE ETHIOPIAN REPORTER

The last two weeks were probably the busiest for officials and diplomats of Saudi Arabia, UAE, Eritrea and Somalia as they travel back and forth between each other and Ethiopia in what looked like a shuttle diplomacy.

In this regard, Foreign Minister of Saudi Arabia Adel bin Ahmed Al-Jubeir had been both in Addis Ababa and Asmara for bilateral discussions in the same week. After the discussion in Asmara both officials stated that the purpose of the visit was reviewing bilateral relations between Saudi Arabia and Eritrea, ways of enhancing them in all fields in a way that best serves the aspiration of the two friendly nations, in addition to the latest developments at the regional and international levels and issues of mutual concern.

However, given the recent rapprochement between Ethiopia and Eritrea and the role played by the Saudis and the UAE, many political analysts focusing on the region argue that the visits meant more than a mere bilateral discussion; rather the purpose of the visits probably aimed at enhancing the foothold of the Saudis in the horn.

On the other hand, Osman Saleh, Eritrean Foreign Minister, and Yemane Gebreab, political advisor to the Eritrean president also traveled both to Addis Ababa and Mogadishu for similar talks. Yet again, there was no detailed information of the purpose of these visits except stating that the discussions were concerned with implementing the recently signed peace accord between Ethiopia and Eritrea.

Similarly, following the visit to Mogadishu, these two senior Eritrean officials and their Somalia counterparts were reported to have agreed to establish a joint committee to further foster the relationship between the two nations.

On the other hand, the announcement of the UAEs plan to build an oil pipeline connecting Eritrea and Ethiopia was one of the major news headlines dominating outlets both in the Middle East and the Horn. The [proposed] pipeline will run from Eritrea’s port city of Assab to Ethiopia’s capital Addis Ababa, another sign of the Gulf state’s increasing involvement in the Horn of Africa.

The deal was sealed reportedly during a discussion in Addis Ababa between Prime Minister Abiy Ahmed and UAE’s Minister of International Cooperation, Reem Al-Hashimy.

In the backdrop, landlocked Ethiopia began extracting crude oil on a test basis from reserves in the country’s southeast in June and will need port access in order to export its product.

Overall, the recent developments the Horn and the increased involvement of the Arabs grabbed the attention of many geopolitical analysts and random individuals in Ethiopia and in the Horn. In this regard, the questions analysts are asking at this time are how such relationships has managed to evolve in this short span of time and how countries in the Horn of Africa will navigate through these opportunities/threats without jeopardizing their future relations with other regions around the world. 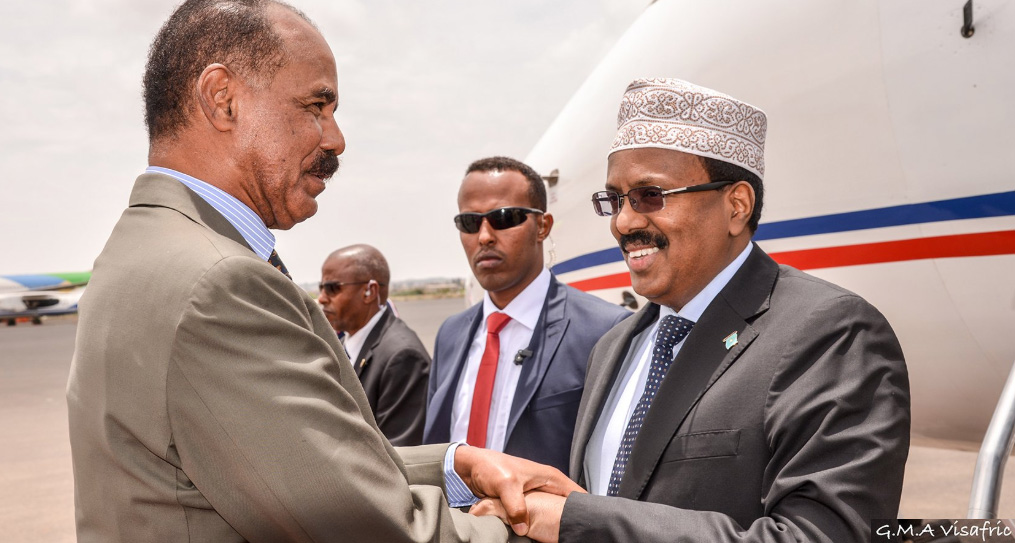 In this regard, for geopolitical analysts, though it was there for so long, the recent development and dynamic is mainly the result of the rift in the Gulf countries; especially attempts by UAE and Saudis to consolidate their foothold in the region. In turn, these new initiatives have had an impact on the political importance and fortunes of their local allies.

The political rift between Qatar vs. the Saudi-UAE-Bahrain-Egypt quartet has further complicated these complexities in the geopolitical dynamics of the Horn. Countries in the Horn have enjoyed simultaneously, close ties with Qatar as well as Saudi Arabia and UAE for many years, but this latest crisis has compelled them to choose sides.

For Leulseged Girma, a geopolitical researcher at the Ethiopian Foreign Relations Strategic Studies Institute (EFRSSI), the current geopolitical and geo-economic rivalry in the Gulf requires the widening of one’s sphere of influence for the sake of strategic interests. This has to do with the realization of one’s interest through playing proactive roles in economic and other forms of investments including security investments which can be manifested by the provision of military exercises, delivery of training and covering military personnel expenses.

The battle for hegemony in a specific region or at the international level is also a factor for widening the sphere of influence in a strategic place such as the Horn of Africa, he asserts. The proximity of the Horn of Africa to the Gulf and other Middle Eastern countries also prompts security interdependence.

“The move by the two Gulf Cooperation Council (GCC) countries, Saudi and UAE, is part of their strategy to make economic investments in the Horn of Africa, looking for a bigger market and prevention of their GCC and Middle Eastern rivals from gaining a foothold in this strategic part of the world,” Leulseged argues.

The geopolitical analyst further stated that since the two are exploiting the opportunities of the recently occurred rapprochement between Ethiopia and Eritrea, the recent development in the relation between the Arabs and the Horn is advantageous both to Addis and Asmara.

The rapprochement indeed created an opportunity for the two Gulf countries namely Saudi and UAE to affirm their strong foothold and to be victorious, somewhat in the fierce and very rapid international geopolitical rivalry in the Red Sea and the Horn of Africa.

Apart from this, Leulseged said; “The conflict between UAE’s DP World and Djibouti has forced the UAE to look for another port to ensure its presence in the Horn of Africa. Ethiopia is the main partner in this regard as it has been the largest landlocked country in the world. Ethiopia is an official partner of UAE as it holds a 19% share in Somaliland’s Berbera port.” 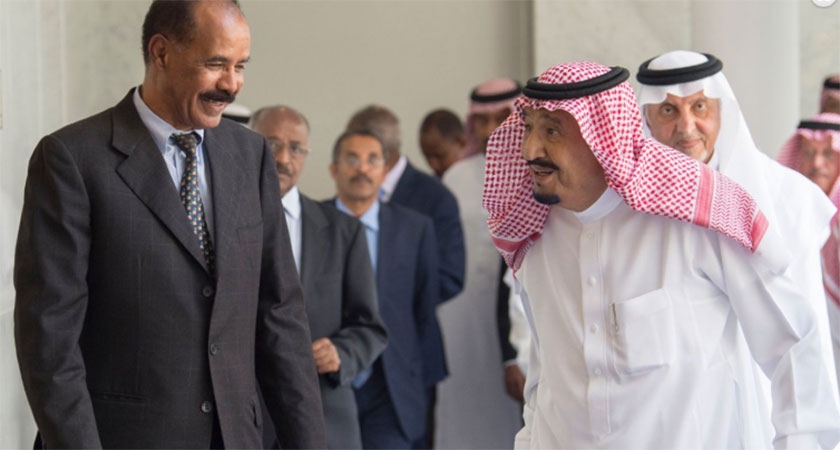 Similarly, for a senior geopolitical analyst who requested anonymity, the rationale behind such rivalries in the Horn is to fill a void which is left by the US; “It all started with the military disengagement of the US from the Middle East after the Iran Nuclear deal. The Saudis felt vulnerable and wanted to fill the void created by the US disengagement using their forces and their allies.”

The Saudis then requested countries of the Horn to sever relations with Iran. Sudan responded by closing Iranian cultural center in Khartoum. Djibouti and Somalia cut their diplomatic ties with Iran; Ethiopia maintained complete neutrality in all this, the geopolitical analyst recalls the fabrics of the recent developments in the region.

But above all, the change in leadership in Ethiopia has played a key role to revamp the relations between the Horn and the Gulf mainly UAE and Saudi.

“When a change of leadership happened at Ethiopia’s ruling party, the Saudi axis saw an opportunity to court Ethiopia to their domain; they tried and they seemed to have succeeded. That is why all the money and support is coming to Addis Ababa. They are behind Asmara-Addis rapprochement I believe. This makes it possible for them to ensure their adversaries won’t have room to manipulate and divide the support they are getting,” the geopolitical analyst argues.

The development of ports by any country in the world, in the neighboring countries, is always welcome. It can be the US, China or UAE that invested on the development of ports in Sudan, Eritrea, Somali, Djibouti or elsewhere. Ethiopia is also committed to regional economic integration as it signifies its strategic neighborhood with its next doors. It has extended its request in port and common border area development for the benefit of the Ethiopians and other Horn of African people. The port infrastructure in the Horn of Africa is not enough to carry the future of its own GDP growth.

Despite the political and economic dynamism in the Horn, the response from Ethiopia in terms of foreign policy and strategy is not yet disclosed. However, many analysts recommend that the country should reorient its foreign policy vis-à-vis the recent development.

“The current foreign policy must be revamped. It doesn’t consider the Middle Eastern countries as key partners. But, pragmatically, they are becoming very key partners. There are new and complicated geopolitical realities on the ground. There are optional development finance opportunities from powerful and emerging donors and partners. This urges the Ethiopian government to revisit its foreign policy including the practices on the ground in a manner that does not negate its national interest and the interest of its neighbors to facilitate regional economic integration,” Leulseged argues firmly.

“I don’t think Ethiopia has any new policy to deal with these new developments. We are in times of crisis. If anything, we can only have a crisis foreign policy. The main issue driving today’s Ethiopian foreign policy is regime survival,” the geopolitical analyst stated.

Apart from this, the geopolitical analyst advised that Ethiopia better maintain its neutrality as it was before in dealing with the Gulf States; “It is not advisable to get its fingers into something which doesn’t concern her. That is what our Foreign Policy suggests too.”

Who is going to get what?

“First and for most, Eritrea gets out of a two-decade-long isolation with a possibility of getting the sanction weighing down on her lifted; On the other hand, Ethiopia is speculated to gets financial support which could be instrumental for the new leaders to consolidate power. However, Sudan and Djibouti appear to be net losers,” the geopolitical analyst argued. 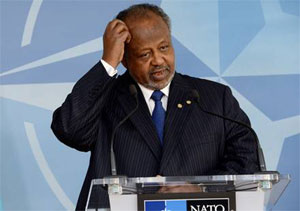 “On the flip side, Saudi gets military and diplomatic support against Iran, Qatar, and Turkey, while UAE gets more port business in Somalia and punishes Djibouti for its confrontation with UAE because of issues related with the cancellation of DP World port deal in Doraleh,” he concludes.

Similarly, for Leulseged Ethiopia’s advantage is mainly in financial support from the Gulf countries;

But above all, the analysts recommended that the Ethiopian side should be far-sighted in this relation; of course, currently the country might get huge amount financial support, but it should be guided by clear strategy and policy so as to encompass other opportunities and further relations with other countries, especially China.