In my first edition of the Gash effect, I took a look at the chief catalyst for the Gash-Barka’s recent transformation in agricultural development: the National Crops and Livestock Corporation. In this edition also, I’ll take a brief look at the region’s agricultural structure, in line with the interview I had with the managing director of the development region Mr. Hailezghi Habte.

Agriculture has been the cornerstone of the Eritrean economy in the past and is still the main source of income and food for more than 60 percent of the population. Eritrea has substantial and varied natural resources that can be developed to sustain socioeconomic development. Generally, Eritrea possesses modest land and water resources.

Eritrea’s agricultural policy is based on the twin pillars of modern agricultural undertakings to enhance food security in its broadest sense – to meet domestic consumption needs as well as to focus on high-yield exports – and purposeful interventions and support to individual small scale farmers to increase household income. In this sense, the economic improvement of the farming section of the society will have a corresponding effect on the development of infrastructure and services that would give them an opportunity to move up on the socio-economic ladder. (G. Damr 2015.)

On his annual New Year’s address President Isaias Afwerki indicated that Eritrea is divided into three development zones: the East, West and the Highlands. In line with this and my recent trip to Gash-Barka, which falls in the West Development Region, this article will focus solely on this.

The objective of the Regional Agricultural Development Program is to improve food and economic security for the population. The program focuses on three strategies to accomplish this goal. It works to improve the productivity of crops and livestock sectors; it supports policy measures that facilitate growth in the agricultural economy. The projects undertakes agricultural constraints analyses on extension services, irrigation systems, quality and availability of seeds and planting materials, post-harvest handling and storage, accessing opportunities for women, cooperatives and associations, and fertilizer and crop protection products to inform the Ministry of Agriculture’s policy development processes.

Driving program activities are embedded in the three development zones. Their deep agricultural knowledge and established working relationship with Eritrea’s Ministry of Agriculture makes them the ideal focus of the project. This bold and comprehensive approach embodies the government’s vision for Eritrea-led development, from short-term stabilization to long-term sustainable growth.

Food security has been the priority as diverse factors converge to affect the demand for food around the world and in particular in Africa.

In Eritrea, there was scarcity of mechanization, transportation and storage at the dawn of independence. Hence Agro-Macro policy as devised, irrigation based agriculture was introduced to increase output and create surplus in cereal corps, vegetables, fruits, and livestock. Dams, micro-dams and water diversion schemes were constructed. Since 1991 in Gash Barka region 90,000 hectares of land have been cultivated through irrigation, splash irrigation, and drip irrigation. Agro-industries have been put in place. Aligider cotton farm, Gereset, the Fancos and Ad Omer agro-industry are examples of what has been achieved over the years.

The Gash-Barka region is situated in the south-west of the country, bordering the Anseba region to the north, and the Maekel (Central) and Debub (Southern) regions to the east; the country of Sudan lies to the west and Ethiopia to the south. The major crops in the region are bananas, tomatoes, cotton, onions, millet, sesame, green pepper and sweet melon.

Gash Barka is one of the richest zones in ethnic diversity: all except one of Eritrea’s nationalities inhabit this zone: Kunama, Nara, Hedareb, Tigre, Tigrinya, Saho, Bilen and Rashaida live in this region.

The South West region which encompasses the Tessenei, Haikota and Golij sub regions includes four previously cultivated and three new agricultural sites under the supervision of the National Crops and Livestock Corporation. The most important structure of these agriculture found in this region is based on the dams constructed in the region. The region has 5 dams under its belt: Gerset, the two Fanco’s, Badmit, and Aligdr.

Looking along these dams gleaming spillway, you’re immediately struck by their masses. This is no illusion: they really are massive.

With the arid nature of much of the region, it is often important to store water when it is more plentiful in the wet season for use during the dry season or droughts. Farm water storages generally rely on the collection of water directly from the environment.

Rain collected off a clean roof will give one of the best water quality results. Runoff from a catchment collected in an earthen dam can be quite variable depending on the condition of the catchment area and activities occurring within it. It is a great advantage if the catchment is under the control of the dam manager. The quality of water flowing into the dam can be protected through careful management of catchment activities. Hence the region’s dams are under constant supervision by the inhabitants.

The development of irrigation farming through these dams enables everyone in the vicinity to have their share in improving their livelihood. The big farms would create an opportunity for the nearby residents with employment opportunity. This is to say the least without talking the revenue the country would earn from the development of agro-industry.

Thus, the existing agricultural sites found in this region with the exception of the Adi Omer project, all get their water supply from the aforementioned dams.

The region is most notably known for the huge amount of cultivable land. As Mr. Hailezgi noted, overall, about 30,000 hectare cultivable land is available in the region. Indicating that Eritrea has taken ensuring food security as one of the top national priorities and the cornerstone for sustainable economic growth and poverty reduction, the food security strategy, adopted more than a decade ago, aims at ensuring that all Eritreans have sufficient quantity of nutritious food at an affordable price at any given time and place within the country. As such, these Agro- Industries are working to augment the needs of the population, sustain market price volatility of stable food and in the future produce crops, vegetables, and fruits that will be exported into the international market.

At the moment, Gerset agro-industry is cultivated with orange, lemon, mango, papaya and palm trees that have started to yield date and citrus fruits. Fanco Rahwe and Fanco Tsemue have citrus fruits, vegetables, onions, red pepper and tomatoes planted on them; the two Fanco farms are suppliers of tomato to Alibu Bantom factory for domestic consumption with a view for international exportation in the near future.

In terms of crops, having tested on a several thousand acre of land wheat, maze, taff and other cereals, the region is expanding into a large agro-industry. About 4000 hectares of Sorghum is being cultivated in all the agricultural sites, as well as wheat in Gerset and Fanco Tsimue. 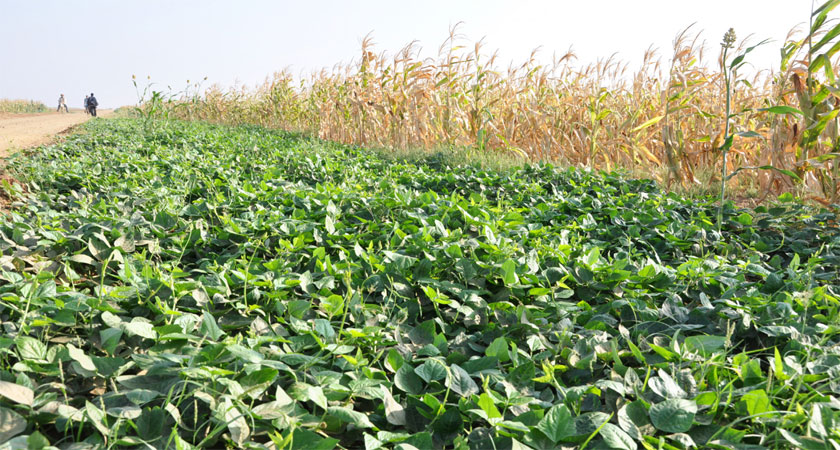 Furthermore, livestock animal husbandry and fattening is a project that is well under way, with 13,000 sheep and 1000 cattle being nurtured in the region. With the Alebu Animal food production factory providing enough food for the animals, most of all, most of the food like Alpha- Alpha is produced from the farms found in the region.

Given that the National Crop and Livestock Cooperation is at its infant stages, the next step is to expand to the national level. Nonetheless the cooperation has opened tremendous amount of job opportunities in Gash-Barka. The inhabitants of the region have been working in the various agricultural areas. As a result, the people have consolidated a work ethic that has been helpful for the cooperation. Now under the new restructure of the cooperation, the inhabitants are yielding positive dividends, in terms of crop production and income. 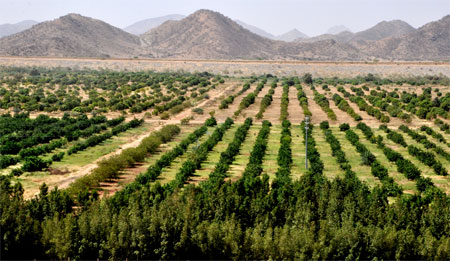 A 1000 hectare tomato farm in Gerset and Fanco, 6000 hectare of Sorghum in Ketai and 1000 hectares of cultivated vegetables in Gerset have been additions in the 2017 project. The necessary infrastructure of Tessenai Agriculture is also underway, as well as the expansion of vegetable and crop production in Aligdir and Ketai.

In summation, the favorable fertile plains of Gash Barka region for farming and grazing of animals coupled with three large rivers namely Setit, Gash and Barka rivers in conjunction with 8 big dams, 32 reservoirs and 118 micro dams’ that support the Agro-industries with its modern industrial equipment are achieving the desired outcome.

For instance, onions are down to 10 Nakfa a kilo while tomato is down 5 Nakfa a kilo. These are just small examples of the positive results. The end result of these investments is nothing but definite that self-reliance and development is the way to go.