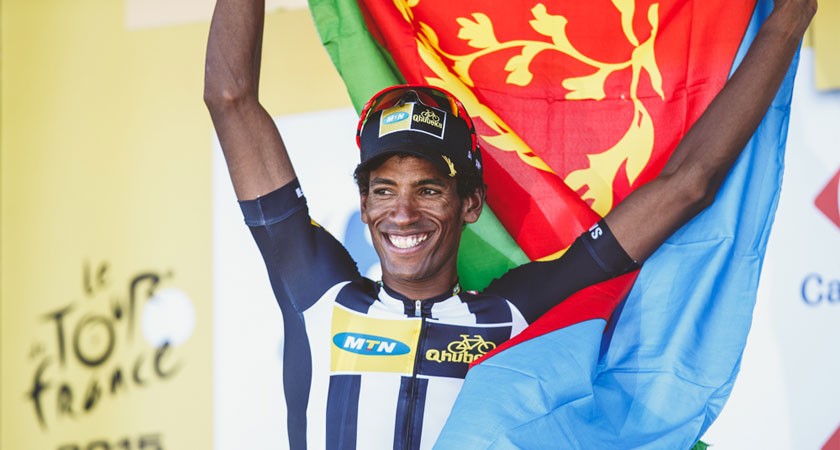 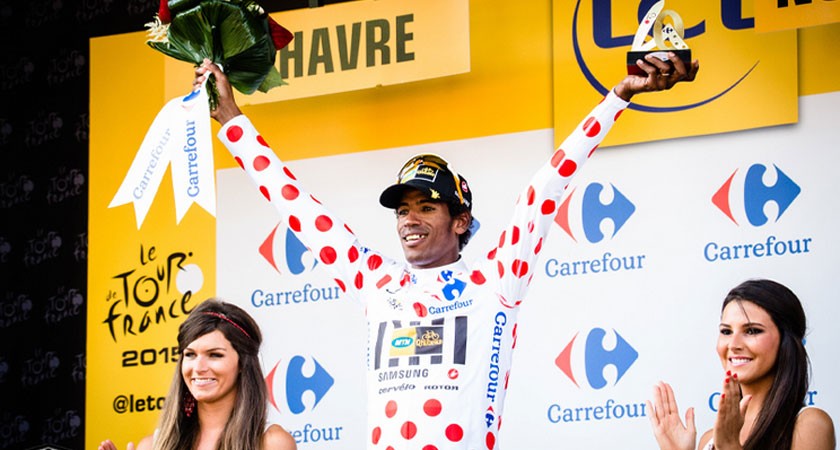 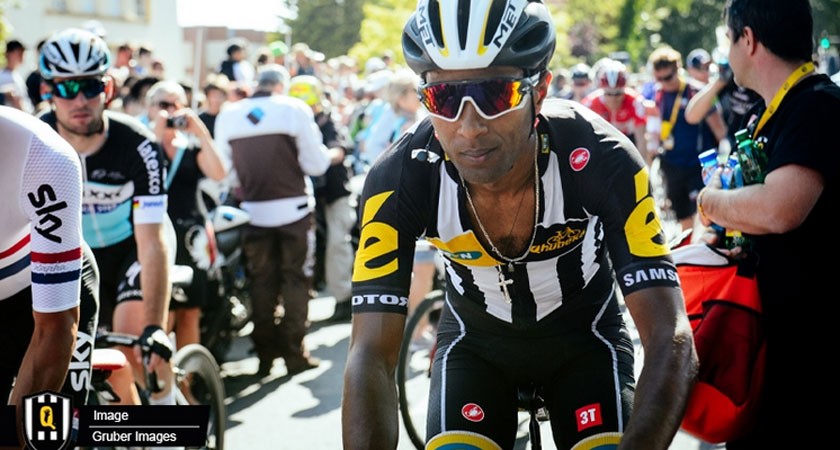 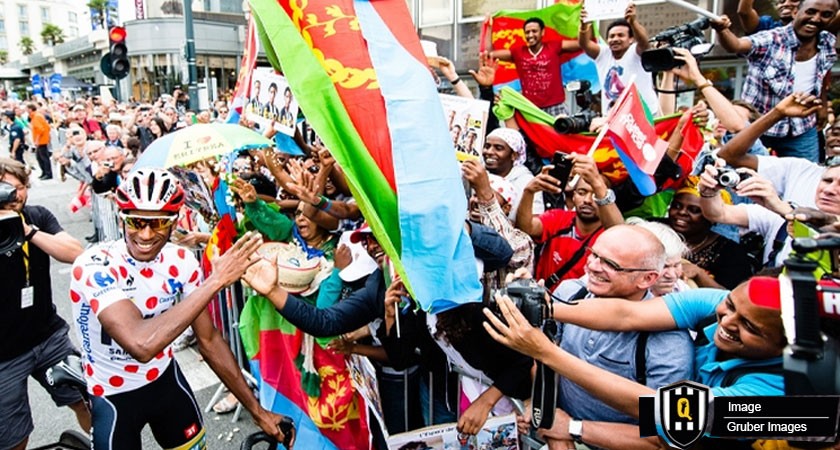 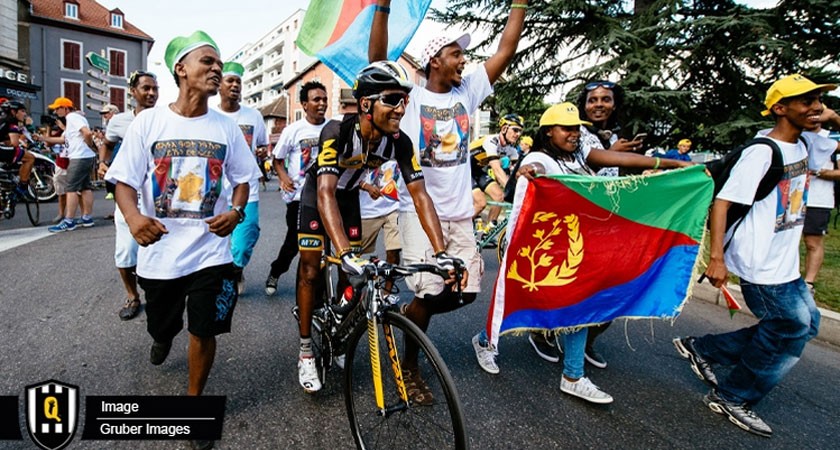 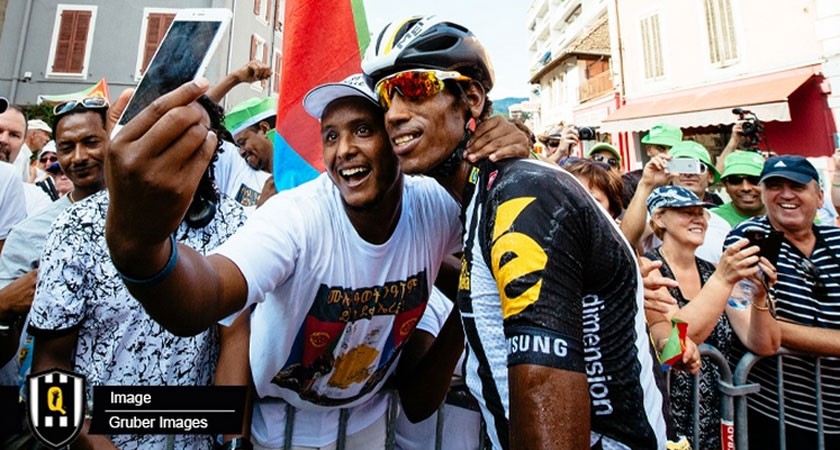 DANIEL Teklehaimanot breaks and there is no reaction. We have the first African king of the mountains at the Tour de France…” were words of the NBC sports commentator of the day. “Thumbs up for Eritrea Thumbs of for Daniel Teklehaimanot” he added. If only he had known. Even Daniel didn’t seem to realize the gravity of what just happened. His reaction to securing the first ever Polka Dot Jersey, the King of the Mountains, was a nonchalant thumb up.

Millions of Eritreans and friends of Eritrea across the globe went through the emotions. Choked up and fighting tears. This was one of the rarest of moments. In Daniel, the flag that so many of Eritrea’s best gave their only life for is flying high in the grandest of all tours.

Daniel Tekelehaimanot and Merhawi Kudus are already household names in Eritrea. They are trailblazers who carried the dreams of many before them and took it leaps farther. They are the first black Africans representing the very first African professional cycling team, MTN-Qhubeka at le Tour, as it is affectionately known to the sport’s enthusiasts.

I was watching their interview on Eritrea’s national TV on one of the days leading to Le Tour. In all the excitement of their soon-to-come participation in the mother of all cycling competitions, they looked grounded. I couldn’t help but admire the way they carried themselves beyond their age.These two are no ordinary athletes by any measure. They are Jewels of an immensely proud nation and continent. They have been sweeping medals after medals wherever they weren’t denied visas. Yet, they are very humble.

They articulated camaraderie (btsaynet) the only way they know how, the Eritrean way. They chose to spend some of the deserved few hours of spotlight to praise their compatriot who didn’t make the team selection. Natnael Berhane, the current Eritrean Road Champion, didn’t make the last nine out of eleven.

“Natnael is as good as any of us if not better”, said Daniel. Anyone could see the genuine disappointment he felt because he couldn’t join them in this historic journey.

Daniel went on to describe the opportunities missed. How he had to endure so much and that he could have participated in at least four World Tours the scale of which he is about to experience. So much hunger to make up for what he deserved but persistently denied.

He and his resilient nation share more than a few parallels. They persist against all odds and triumph in their own terms.

Daniel was crowned the King of the Mountains a couple of weeks earlier at the Critérium du Dauphiné, the very same hills of France he is gracing again. Yet, he has that steely determination of a man on a mission to correct some wrongs.

He had just won the Time Trial Title (TTT) a few hours before the interview. This means he will be proudly wearing his nation’s flag at all races for the upcoming season.

At 6’-2”, Daniel has the frame to go with his unbelievable talent. He makes the finest bikes out there look even better. It is as if Eritrea wanted her flag lifted not just to the peaks of the Alps but even higher.

The stars even aligned in his favor this time around and he was selected to be the starter of the stage one. There he was, wearing that symbolic flag of resilience, beaming with pride and as the BBC commentator said ‘with a smile as big as his country‘. The script couldn’t be written better.

Merhawi, at just 21 is the youngest rider in this year’s tour but he is so at ease he looks like a veteran. He is alreadybattle hardened. Douglas Ryder, his Team’s Principal at MTN-Qhubeka, described him as tough.

“He crashed at 70 kph at last year’s Vuelta. I guarantee you that no European rider would have finished that race. But he did. The desire he showed was incredible. It was like awakening the lion. In the Kruger he looks all peaceful, but if you wake him up he becomes a different animal”, he said.

Here is to you France. As your very own Victor Hugo once said “No army can stop an idea whose time has come”. These heroes aren’t visiting to make the numbers. Their moment has come. They have shattered the barriers and they are used to dancing in circles. From Eritrea, with love.