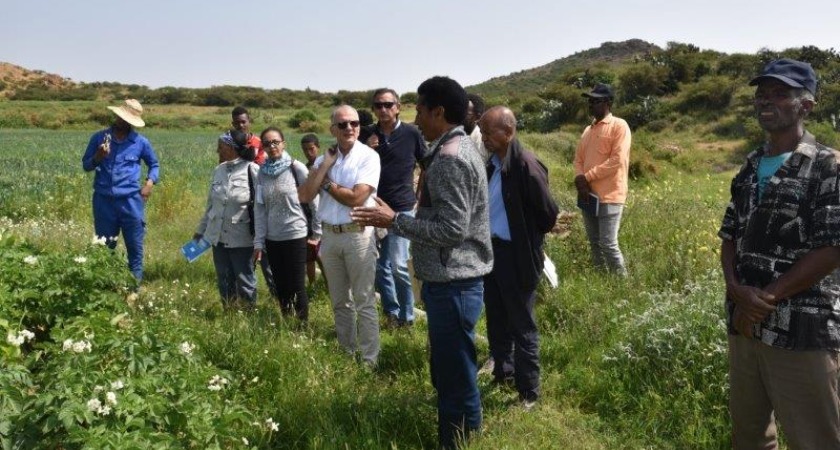 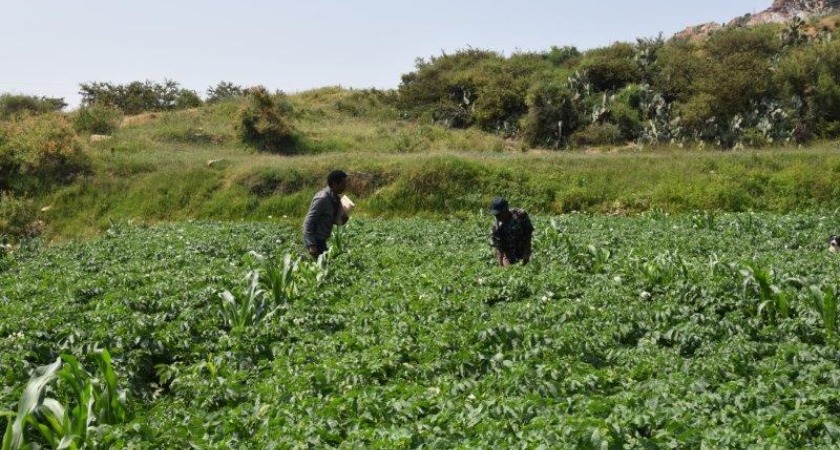 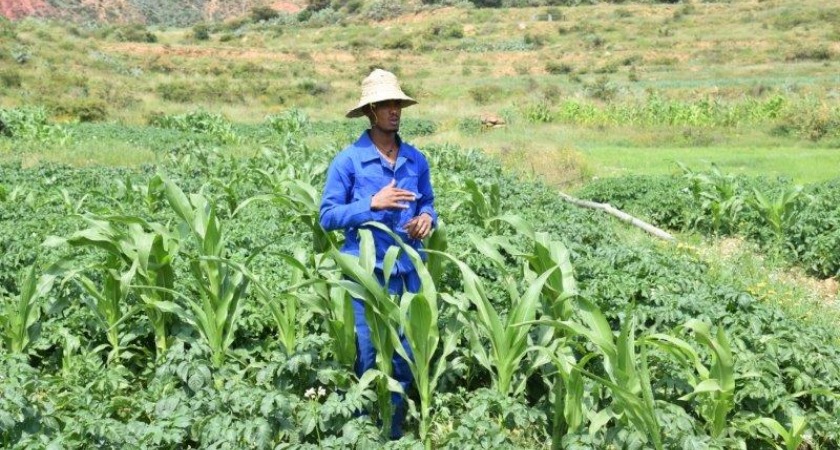 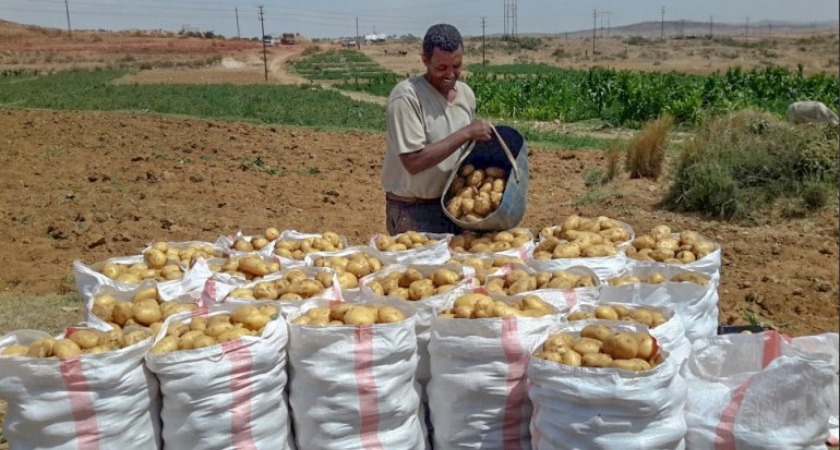 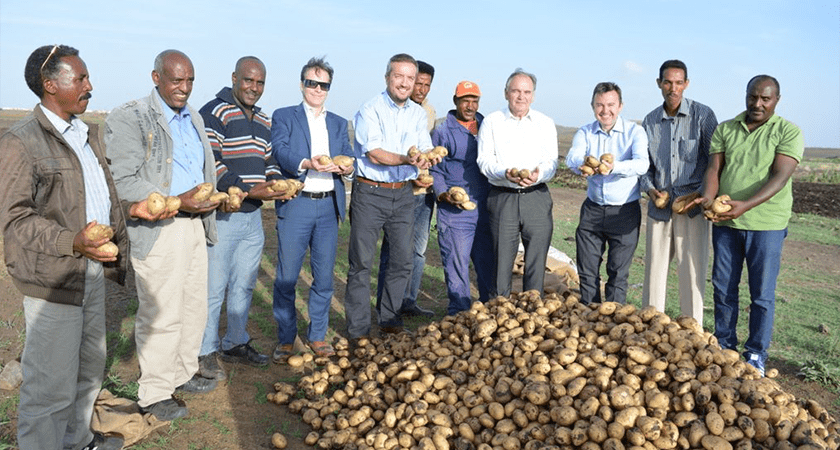 At the beginning of 2019 the EU launched a four years’ project in Eritrea to help improve food security and offer better income to participating farmers.

The project, implemented through the Eritrean-Irish Development Partnership (Vita) with support from the Eritrean Ministry of Agriculture and the National Agricultural Research Institute (NARI), focuses on three major staple crops: wheat, sorghum, and potato.

A total of 400 cereals producers and 100 potato growers in the Maekel, Debub and Anseba regions are directly benefitting from the project.

As part of the project, farmers are provided with high-yielding and resilient potato seed (Electra and Burren) that enables them to multiply their production (25-30 tons per hectare) and thus, also their revenue.

This high-yield seed is being spread across the highlands to increase the number of communities and/or villages, which are using and benefitting from it.

>> ALSO READ : A Report on Potato Seed Production in Eritrea

Coupled with the use of ‘climate-smart’ agricultural practices, such as soil and water conservation, organic composting, and small-scale community-based irrigation the project’s output is higher, more efficient production, better use of the environment, and higher revenues.

On 17 September, the EU’s Ambassador accompanied by the Ministry of Agriculture and NARI officials as well as Vita and EU Delegation colleagues visited Tselot (ጸሎት) village, south-east of Asmara where farmers who have been using this high-yield potato seed gave a first-hand account of their experiences.