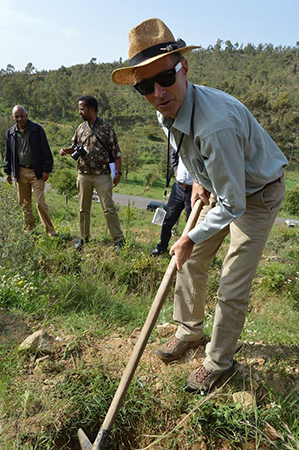 The European Union has been supporting the people and government of Eritrea through the 10th EDF programme and other thematic programmes to enhance the agricultural sector and food security in Eritrea and other development thematic instruments .

The natural resources management is one of the practical initiatives which intervened in production and plantation over 4 million seedlings in all regions of Eritrea.

Environment mitigation programmes are key and basis for sustainable development to improve the livelihood of the people especially in the rural areas. 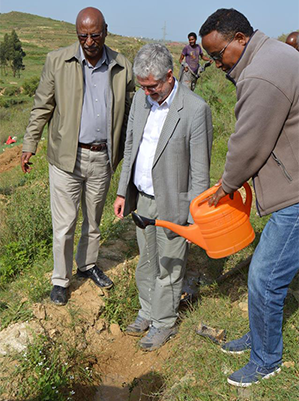 The existing micro dams in the Central Region have impounded ample water thanks to this year’s satisfactory rainy season, Eng. Abraham Daniel Head of Agricultural Infrastructure in the region.

Noting that there exist 102 micro dams and water reservoirs in the Central Region, he pointed out that water reservoirs worth of 12 million Nakfa, have been constructed in the region during the past 6-month alone which would play a vital role in soil and water conservation campaigns.

Apart from meeting water demand for both humans and livestock, the water reservoirs thus constructed in Dirfo, Arberobu, Mai-Hinzi and Guli are also making significant contribution in irrigation farming in the area.

Farmers on their part expressed gratitude for the construction of these dams in their respective areas.

In addition, 80% of the construction of the dam facilitator in Adi-Hakefa, Lanza has been finalized and that preparations are underway to renovate the micro dams in Tsada-Christian and Adi-Habtesulus.