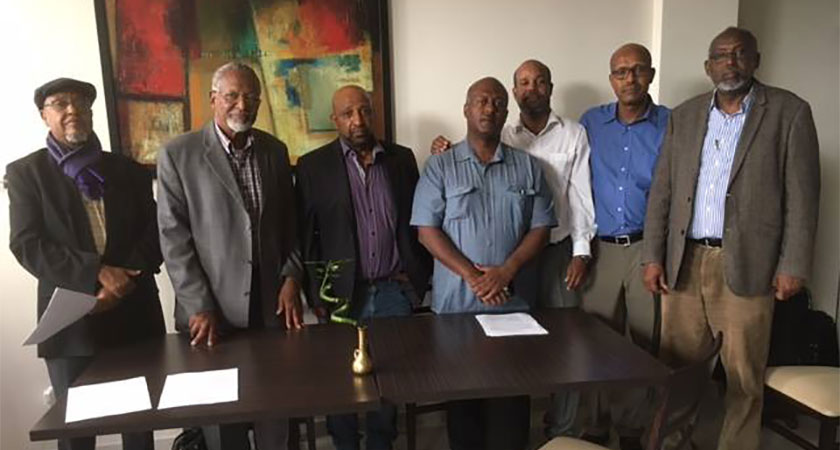 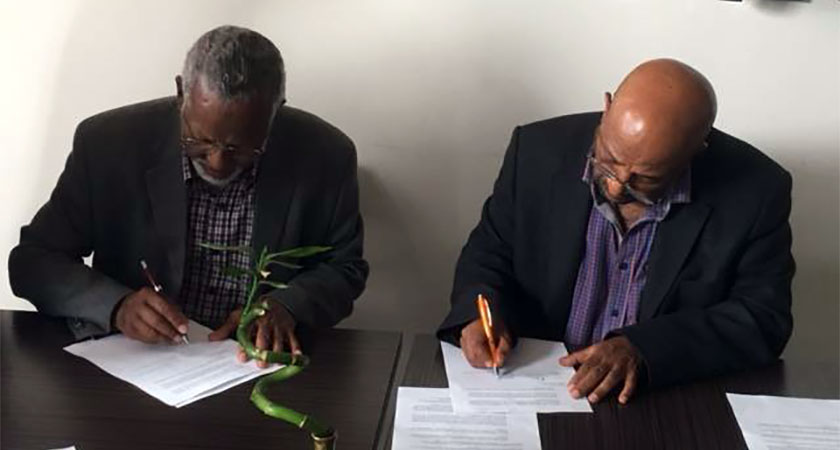 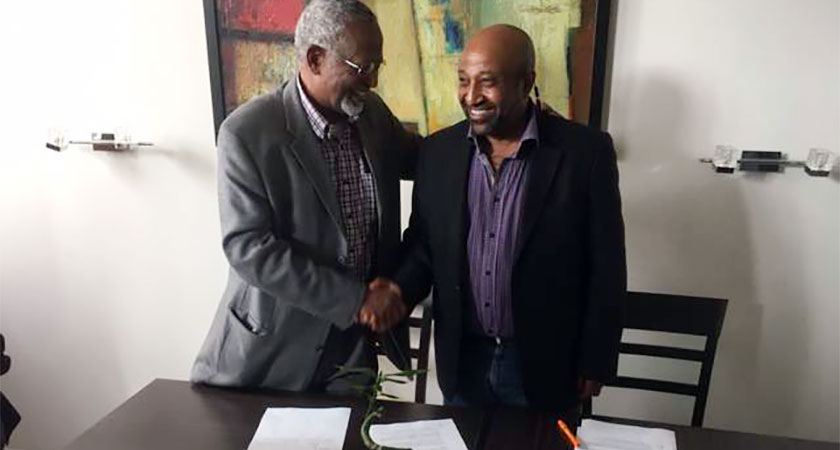 Delegates from Patriotic Ginbot 7 and ONLF met in Frankfurt, Germany from 15 – 17 May 2017.  The delegates held a through discussion and assessment of the prevailing political, economic, and social conditions in Ethiopia and the crimes being committed by the TPLF/EPRDF dictatorial regime against the Ethiopian people.

The representatives of the two organizations acknowledged that the current crisis in Ethiopia is developing into a full-fledged catastrophe for the Ethiopian people and the region as a whole.

They agreed that if the abysmal condition is left unreversed, it will lead to both humanitarian and political disaster possibly spiralling to the sub region.

After the delegates deliberated on the overall conditions and made a sober assessment of what needs to be done by all democratic forces, both sides vowed that they would take an active role with all stakeholders to create an effective platform and an alternative force that would work towards a process of bringing an end to the suffering of the Ethiopian people under the TPLF/EPRDF tyrannical regime.

Thus, lay the foundation for a transitional process that will usher a new genuinely representative democratic order in Ethiopia.

Both organizations categorically condemn the regime in Ethiopia and call upon it to stop its repressive policies immediately.

We call upon all stakeholders to come together to create a common platform to defeat the TPLF/EPRDF regime and work towards the establishment of a transitional democratic order in Ethiopia.

Both organizations also call upon the international community to side with the people in Ethiopia and help end their plight and suffering under the current regime.

Finally, we urge the Ethiopia military, the security and police forces to stop repressing your own people to show up an illegitimate dictatorship and align with your people to bring about meaningful change in the country.