“Complementarity of both peoples and countries, their common bilateral interests, and prosperity, are sacrosanct objectives to which we have toiled and paid sacrifices for two generations. As such, it remains a priority for which we will be actively engaged.” – President Isaias Afwerki 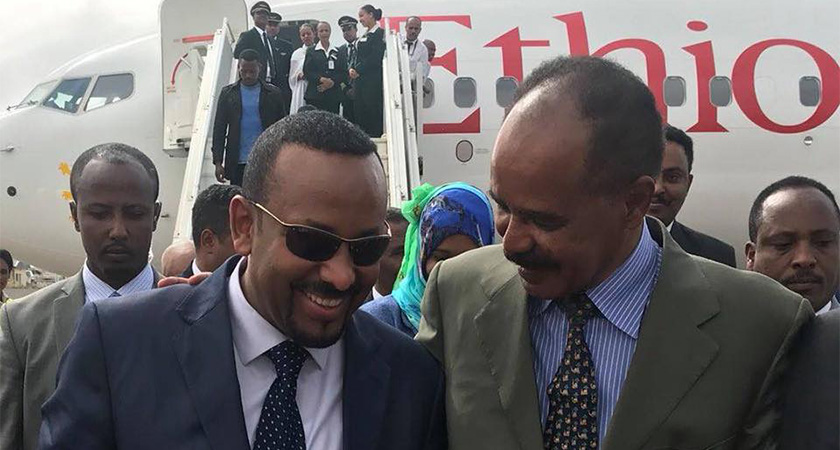 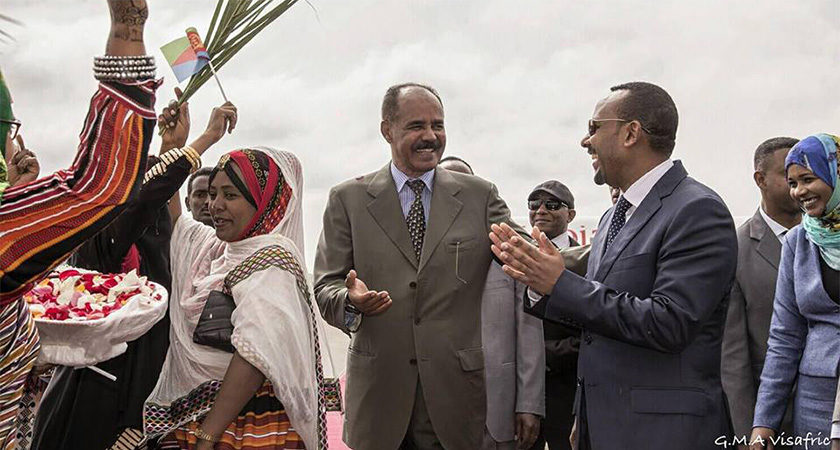 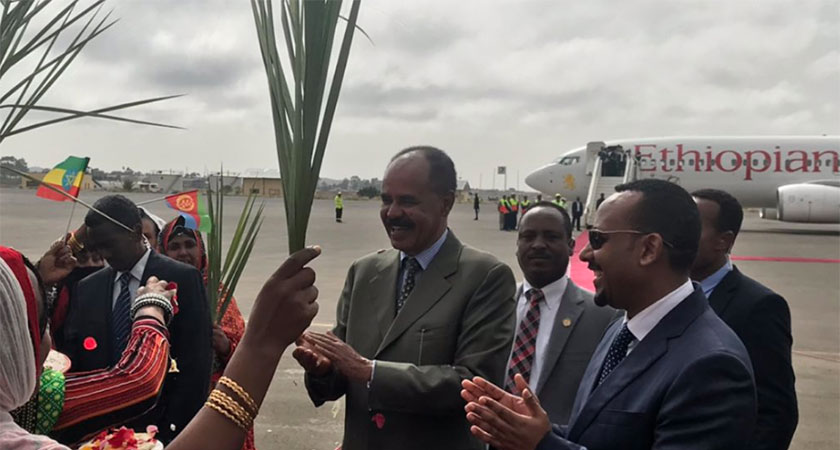 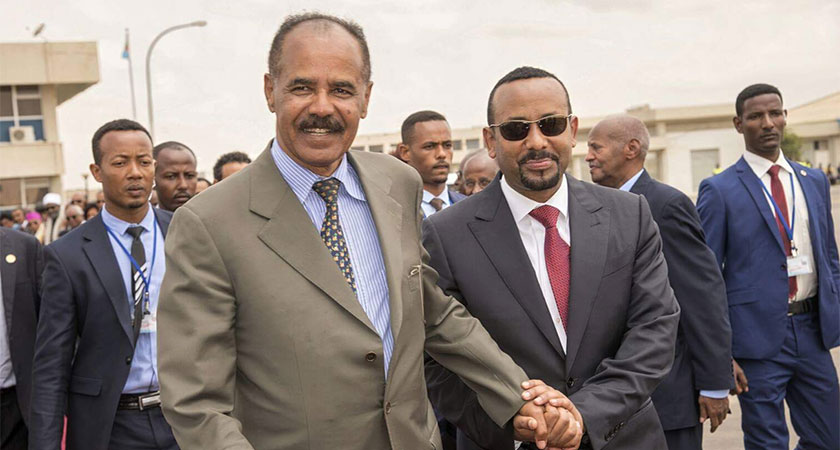 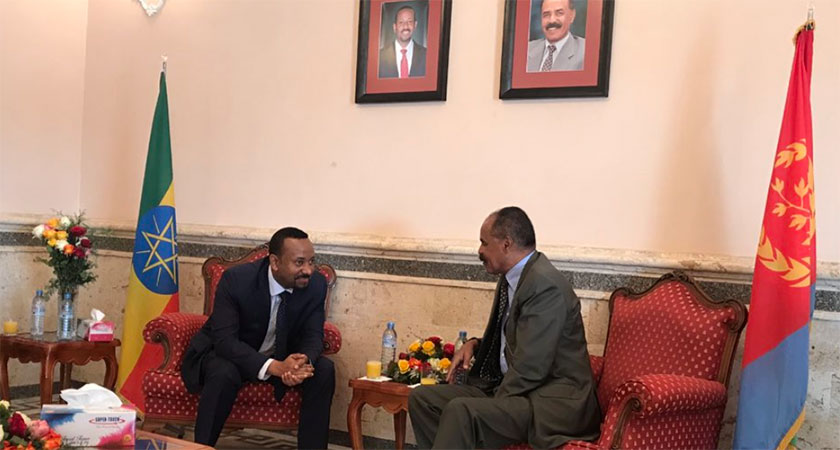 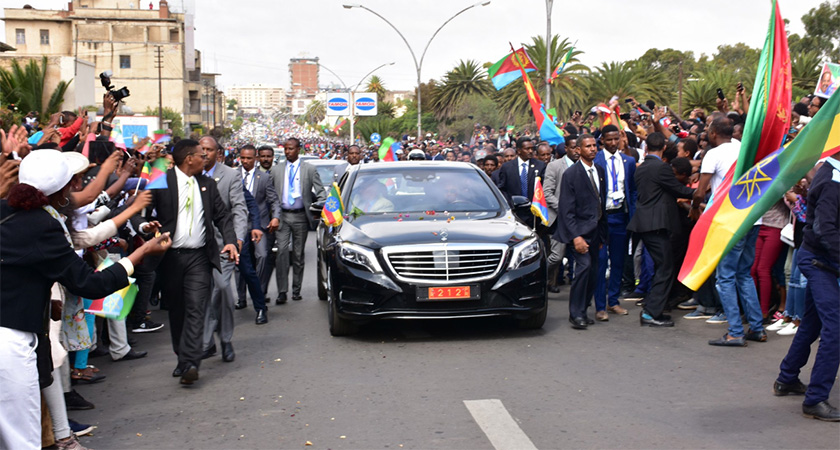 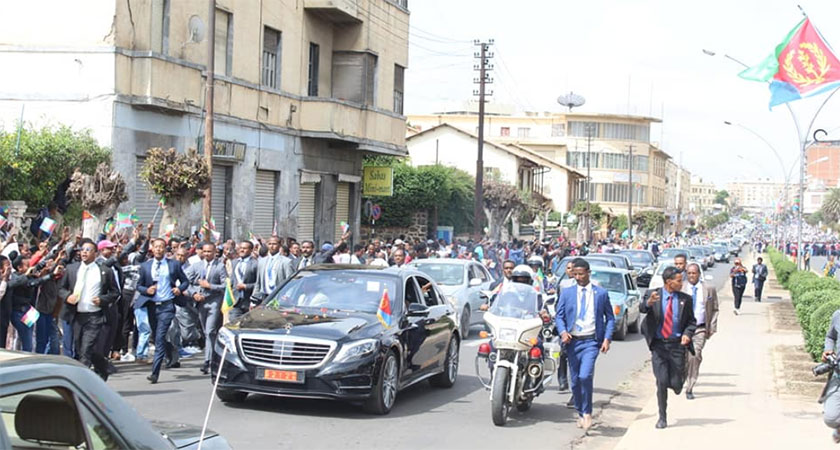 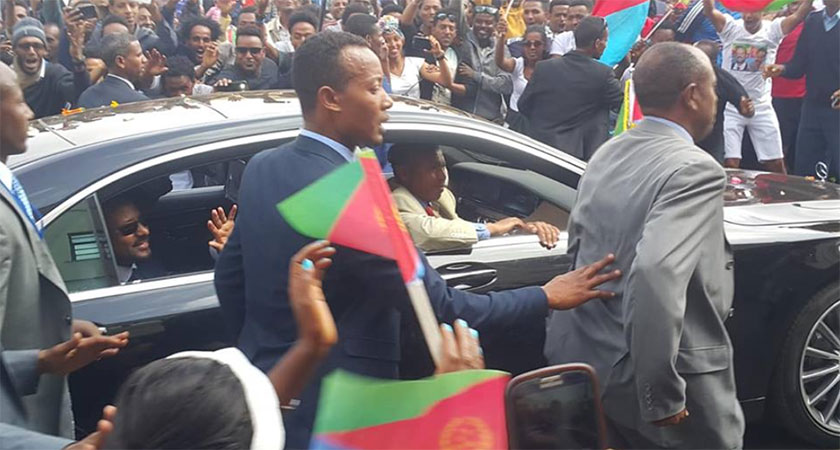 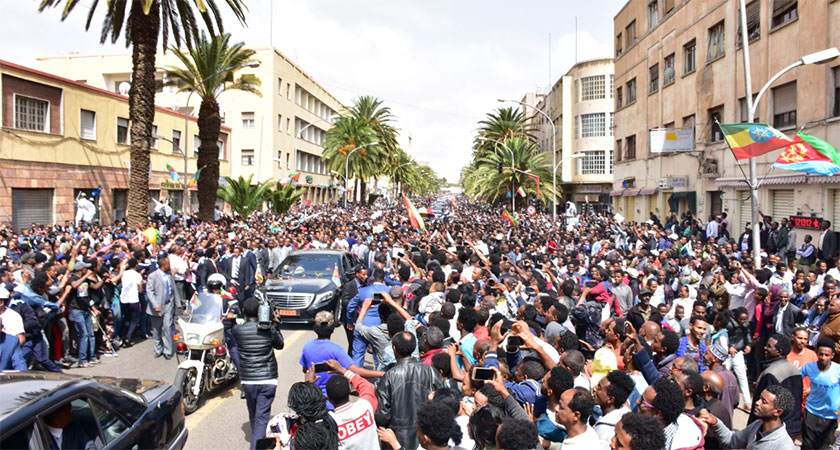 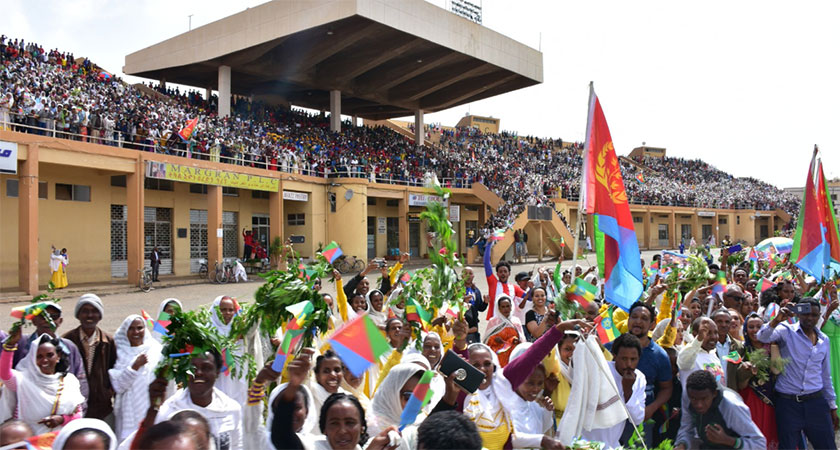 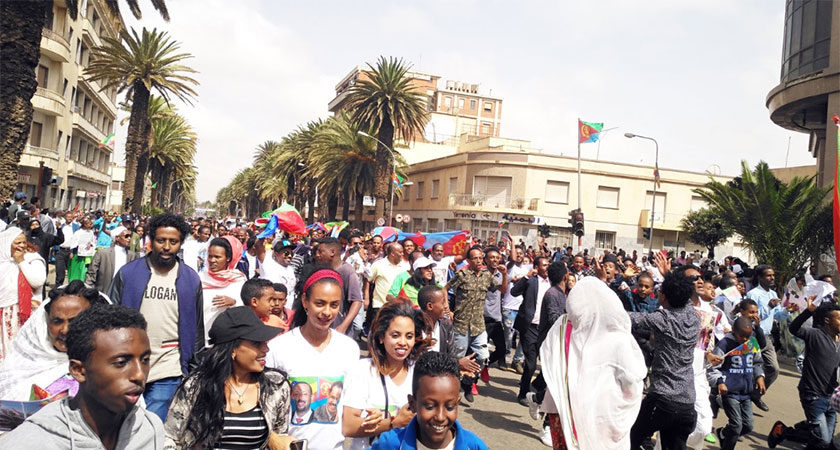 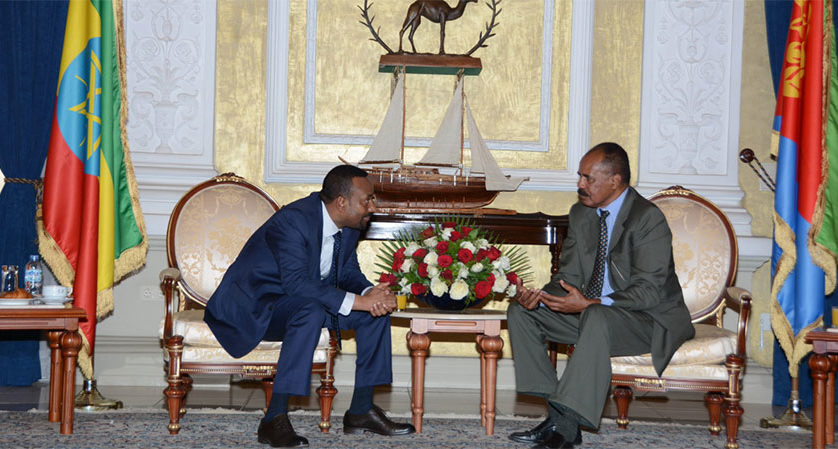 The leaders of Ethiopia and Eritrea met Sunday morning in Eritrea’s capital, Asmara in a historic summit that heralds the end of the near 20-year military stand-off and the beginning of normalization of relations.

In a scene unimaginable just weeks ago, PM Abiy stepped from an Ethiopian Airlines plane at the airport in Asmara, greeting Isaias and hugging him graciously before the pair strode off along a red carpet.

Sunday’s meeting is the first of its kind in two decades between the leaders of the two neighbors.

Thousands of residents of Asmara took to the streets, from the airport to the State House, to greet the Ethiopian delegation with an overwhelming joy and love.

“This historic official visit, and the summit that will take place … heralds a new era of peace and cooperation.”

“Our two nations share a history and bond like no other. We can now overcome two decades of mistrust and move in a new direction.”

“Ethiopia and Eritrea have a critical role in promoting stability and prosperity in the Horn of Africa. The United States looks forward to a full normalization of relations and the realization of our shared aspirations for both countries to enjoy enduring peace and development,” reads the Facebook message from the US Embassy.