The Grand Ethiopian Renaissance Dam (GERD) – a huge hydro dam on the Nile River that is set to become Africa’s largest – is a national project fully financed by the Ethiopian people and government. From teachers and healthcare workers to the country’s poor farmers, an overwhelming majority of Ethiopians have contributed from their salaries or by sharing from their meager incomes.

For Ethiopia, where 54 percent of citizens live without access to electricity, completing this flagship project as soon as possible remains a priority. Unfortunately, since the start of the construction in 2011, the GERD has faced two major obstacles: domestic challenges and geopolitical realities.

The GERD project has been marred by corruption and financial mismanagement. It even saw the sudden death of a popular engineer who had supervised the first phase of the construction.

Today, some of the generals that administered METEC are in jail, and just recently, another round of accusations of corruption related to the dam’s construction was reported.

Here's the 2014 contract signed with METEC for the GERD Dam's Reservoir Cleaning obtained by @TheFintercept. It is worth 6 billion birr & as you can see is signed on the staff's behalf by Simegnew Bekele. METEC is accused of embezzling a large part of this money. #Ethiopia pic.twitter.com/930h94BRSh

These domestic challenges were mostly caused by the lack of institutions with the capacity to undertake such national projects. Indeed, when Ethiopia embarked on an economic growth strategy in the early 2000s, it did so by attempting to build institutions while simultaneously putting together and implementing economic plans that should be administered and regulated by these institutions.

The incompetence and mismanagement of the GERD’s construction, combined with the state’s heavy involvement in the economy without strong institutions, have been disastrous. Nevertheless, Abiy Ahmed’s administration seem to have rectified mistakes from past governments, and the construction is now back at pace.

Source: “#Ethiopian foreign minister has no clue about the negotiations.He barely speak English and so far #Ethiopian interest saved by water minister.” pic.twitter.com/VCdQE50Bkp

While construction has been resumed and the dam is now for 70 percent completed, the time-frame to fill the dam and matters related to future water management issues, especially in cases of drought seasons, have not been agreed upon by Ethiopia, Sudan, and Egypt.

In particular Egypt, the country with the Nile River’s lowest basin, has rejected Ethiopia’s compromises. The Egyptian government’s rhetoric on the dam is the external geopolitical challenge that needs to be settled.

Egypt relies on the Nile River for almost all of its water needs. Any intent by upper riparian countries towards the construction of dams or any desire to use these waters for irrigation projects has concerned successive Egyptian administrations.

To challenge the upper basin countries’ growing determination to utilize their fair share of Nile waters for power generation and beyond, Egyptian authorities have been citing 1929 and 1959 treaties that provided Egypt (and to a certain extent Sudan) with a monopoly over the Nile waters’ rights.

According to these treaties, any Nile basin state’s projects would require the full support of all riparian states, which of course includes Egypt. However, these old agreements were signed in colonial times, and Great Britain was the colonial power that controlled many of these states that signed such agreements.

Hence, after many years of negotiations, most of the countries where the Nile and its tributaries originate from have come up with the Cooperative Framework Agreement (CFA) that called for equitable and fair use of the water resources.

The CFA was eventually signed by four of the riparian states (Ethiopia, Uganda, Rwanda, and Tanzania) in 2010. While Kenya and Burundi joined the agreement in 2010 and 2011, Egypt and Sudan remain unsurprisingly opposed to the deal.

Ethiopia’s construction of the GERD commenced within the context of the CFA. Without much delay, discussions on the technical issues related to the dam’s construction, filling, and maintenance also started among Ethiopia, Sudan, and Egypt in November 2011, a few months before Hosni Mubarak’s government was overthrown in Cairo.

Eventually, as political stability prevailed in Egypt, the negotiations continued, and the three countries in 2015 signed a Declarations of Principles, designed to reach consensus on the critical issues involving the GERD’s construction and completion.

Regardless of how many times Ethiopian, Sudanese, and Egyptian officials have met, no consensus has been reached and no agreements have been signed.

One success for Ethiopia has been the Sudanese government’s stance on the issue. Sudanese authorities not only agreed to Ethiopia’s determination to provide all of its 105 million citizens access to electricity but also noted that the dam’s potential to help manage recurrent floods would be tremendous.

Moreover, Ethiopia and Sudan’s technical teams asserted that the studies they conducted thus far confirmed that the GERD would not have any adverse effects on the amount of water that flows to Egypt’s High Aswan Dam.

A 2014 study by Asegdew Gashaw Mulat and Semu Moges finds the GERD's impact on the High Aswan Dam over Ethiopia's proposed 6 year filling period to be minimally invasive. Good luck ??

Unfortunately, with Egypt replacing its technical teams from time to time, both Ethiopia and Sudan had to renegotiate the terms afresh again and again. To make matters worse, Egypt has continued to come up with new demands that obliterate even already agreed upon principles from previous discussions. Ethiopia has called Egypt’s strategy a delaying tactic, and even after the involvement of the U.S. government and the World Bank, marathon discussions could not bear any fruit.

Successive regimes in Egypt that have been following policies that had isolated their country from Sub-Saharan African states are now facing difficult times. The consensus by most Sub-Saharan African states’ leaders was echoed by Uganda’s President Yoweri Museveni, who some eight years ago stated that “No African wants to hurt Egypt. However, Egypt cannot continue to hurt Black Africa.”

Secondly, unless Egypt changes course and negotiates with Ethiopia and Sudan in good faith, it could further complicate future strategic cooperation efforts. In particular, Egypt’s demand to prolong and delay the GERD’s filling by more than a decade and using the counter agreement of allowing the dam’s completion as an insurance policy for its Aswan Dam, have enraged Ethiopians and Africans.

Moreover, Egypt’s domestic rhetoric on Nile water-related discussions to revive Egyptian nationalism and as a means to gain political legitimacy has damaged efforts of the technical teams of involved countries, including Egypt’s successive technical teams that seem to agree on certain terms today only to replace them with new terms after returning to Cairo.

To finally reach an agreement, Egypt must rely more on its technical experts and less on the influence of its politicians whose goals seem to be achieving political expediencies rather than breaking the impasse. 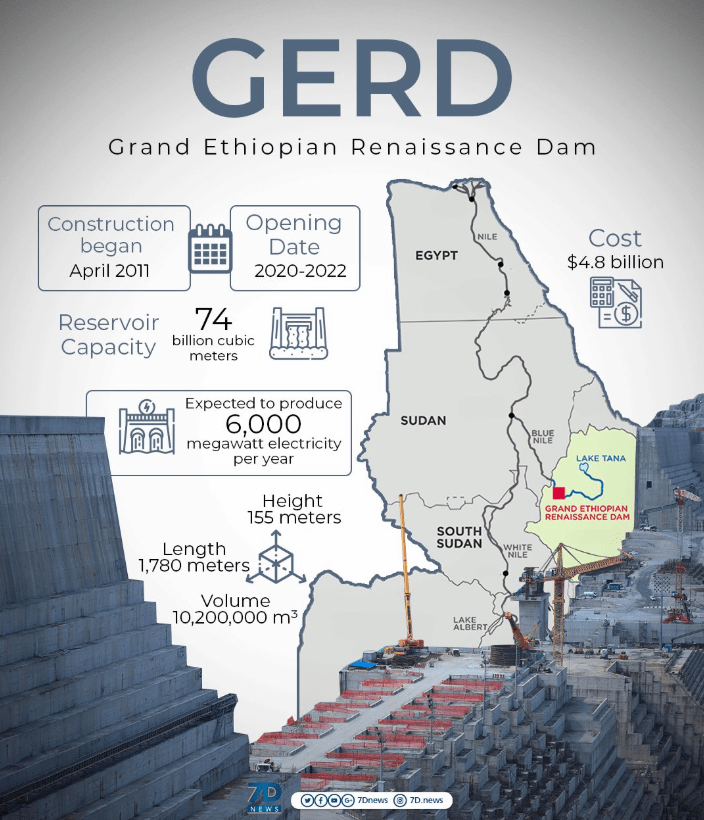