Ethiopia to Bid for UNSC Membership 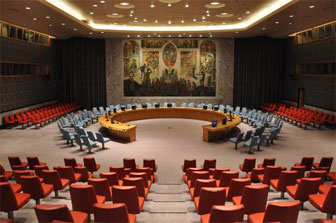 The Ethiopian government has shown interest in becoming a non-permanent member of the United Nations Security Council (UNSC) representing East Africa, which is going to be voted by the UN General assembly.

According to the Minister, an agreement was reached with Seychelles to withdrew itself in favor of Ethiopia. Following that, Ethiopia become the only candidate from East Africa with a good chance of wining two-thirds of the vote required for the seat.

Ethiopia also expects a wider support from the Arab countries through Egypt in return to the support it provides last year for Egypt to secure a non-permanent seat at the UN Security Council.

Ethiopia has served as a non-permanent member of the UN Security Council on two occasions from 1967-68 and 1989-90.