Eritreans in the Bay Area Hold Rally for Truth, Peace and Justice 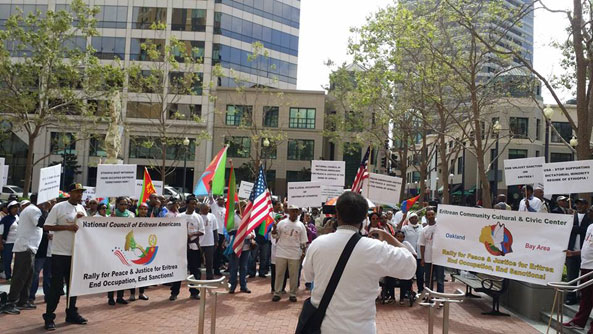 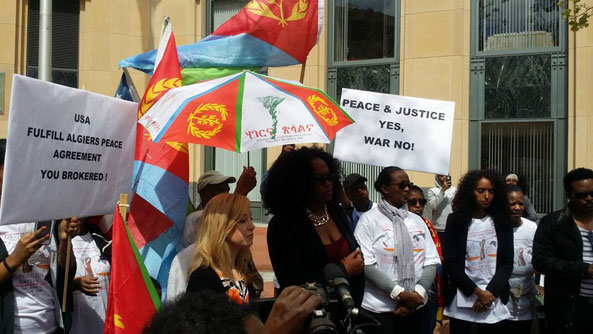 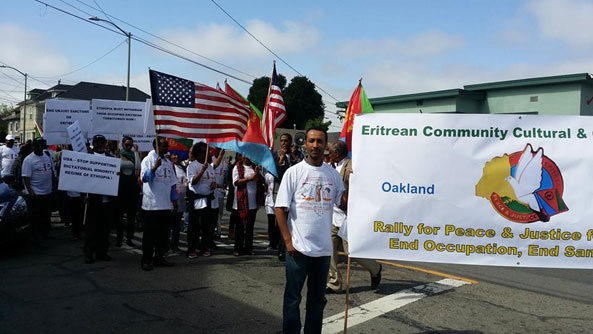 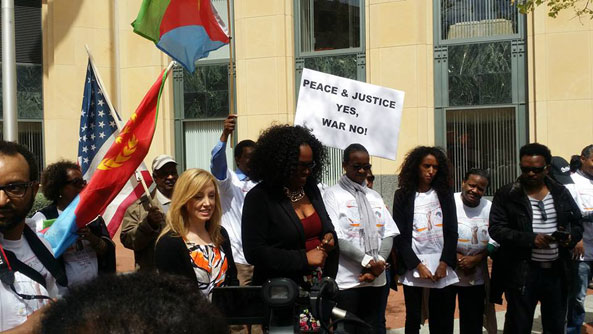 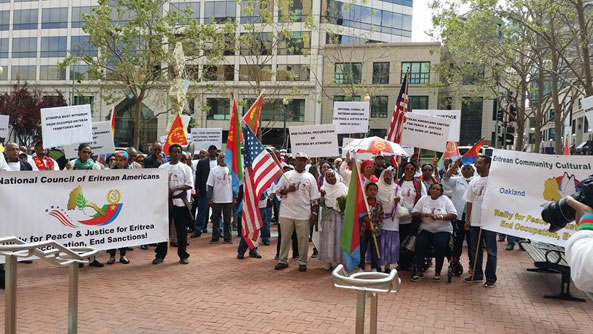 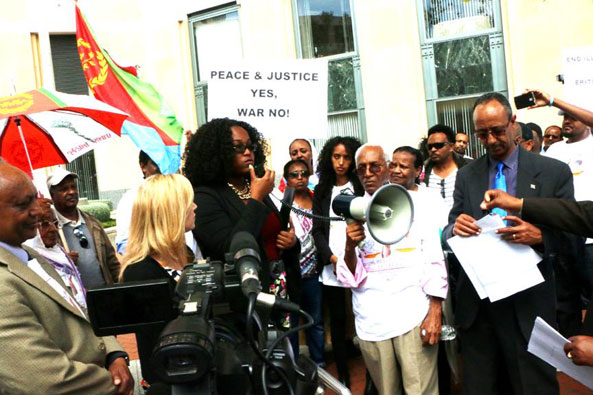 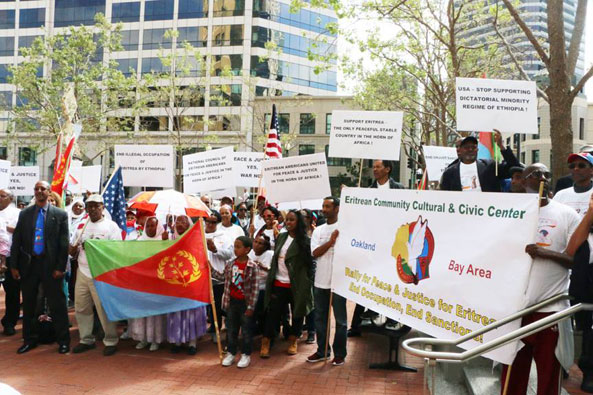 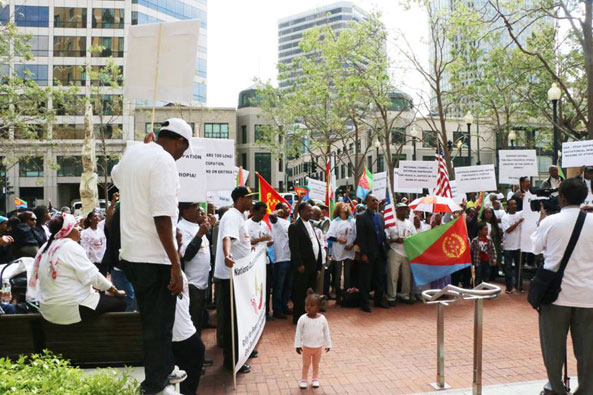 OVER 500 Eritreans and their friends held a “Rally for Truth, Peace, Justice and Eritrea” demanding an end to the ongoing occupation of Eritrean territories; immediate full implementation of the 13-year old Eritrea Ethiopia Boundary Commission’s (EEBC) ruling, whose verdict was rendered on 13 April 2002; and the lifting of the illegal and unjust US-imposed UN sanctions on Eritrea.

The Rally participants started at 10:00 AM from the Eritrean Community Cultural & Civic Center and continued their march through the streets of downtown Oakland, waving Eritrean flags, and wearing T-shirts with the logo of the European “Cycling Tour for Truth, Peace, Justice and Eritrea.”

Chanting slogans for “Peace and justice“, “End of sanctions” “End of Ethiopian occupation of sovereign Eritrean territories“, the Eritreans marched with confidence and defiance of the injustice against their beloved country, attracting lots of attention from passersby and distributing brochures highlighting their cause.

Two representatives of Congresswoman Lee came down and formally received the memorandum and over 5,000 signatures collected from Eritreans and their friends in the Bay Area. They also heard a brief summary of the memorandum from the Eritrean representative, and in their turn addressed the gathered Rally, thanking them for their concerns and assuring them that the Congresswoman will give due attention to their call for peace and justice in Eritrea and the Horn of Africa.

Eritreans and their friends came to march in this historic rally on the 13th anniversary of EEBC’s ruling from different cities of California such as Oakland, San Francisco, Santa Rosa and San Jose. At the end, the Eritreans danced to songs of peace, mekhete defiance and steadfastness in struggle.

On this day, besides the European cycling tour, similar protest rallies, online petitions and solidarity events were held worldwide by Eritreans in what is dubbed as Global Action Day of Mekhete.