The 2017 African Continental Cycling Championship that starts today in the Egyptian city of Luxor witnessed the extraordinary performance of the Eritrean National Cycling team that comfortably won the 57.8Km Team Time Trial (TTT) both in the elite men and women.

Neither Luxor’s sweltering heat nor the participation of the continents finest cyclists can deter the indomitable Eritrean riders from scooping the available 8 Gold Medals of the day.

Winning this edition of the African Championship was another great milestone for the Eritrean elite men’s team as it turns out to be their unprecedented record 7th consecutive victory.

For the Eritrean women team, it is their second victory of the championship since they scooped it first time in 2013 in Sharme-el-Shiehk, Egypt.

Ever since 2010, the Eritrean national team dominates the African Continental Championship competition and yet, no other national team on the continent was managed to upset their absolute dominance.

A total of 24 African national teams have participated on the time trial today. The Ethiopian and Egyptian national teams finished second and third in the women’s elite race while Algeria and Rwanda in the men’s competition. 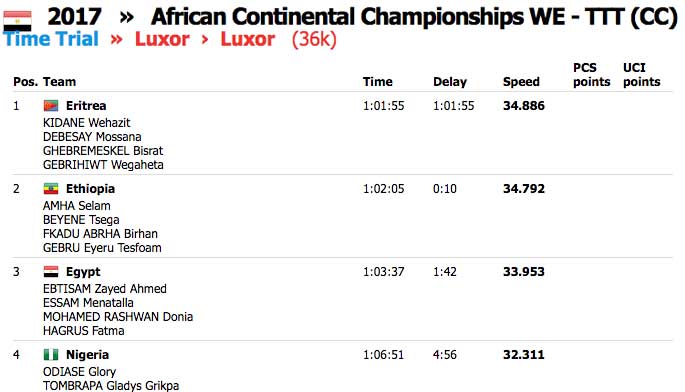 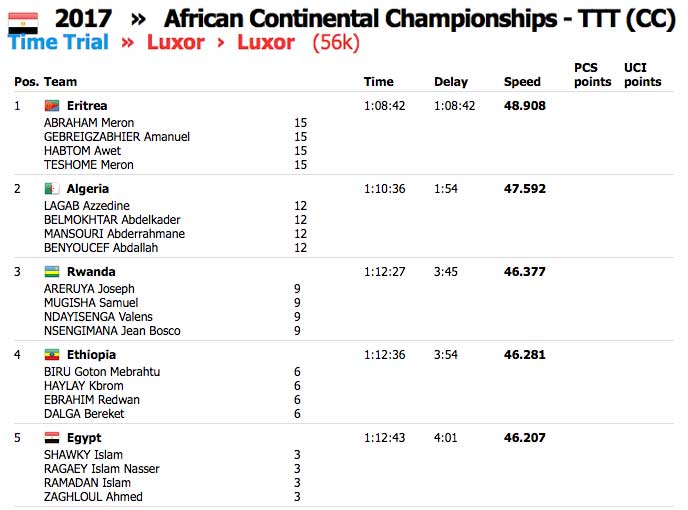