Sudan and Eritrea on Monday agreed on cooperation in military and security fields. Eritrean President Isaias Afwerki on Monday concluded an official visit to Sudan that started on Saturday, which is considered the first since 2014.

Upon Afwerki’s departure at Khartoum airport, Sudan’s Foreign Minister Asma Mohamed Abdullah announced a joint communique about the two countries’ agreement on cooperation in many fields.

“The Republic of Sudan and Eritrea have agreed to cooperate in the following fields. Cooperation in the defence and military fields, including the ground forces, the air force, the marine forces, the defence industries, training and medical services,” the communique said.

The two sides have also agreed to cooperate in the security fields, including exchange of information, capacity building and combat of organized cross-border crimes, it noted.

In 2018, the Sudanese-Eritrean relations witnessed tension, particularly after Sudan announced the closure of its borders with Eritrea in the wake of what Khartoum said “potential threats on the eastern border.”

After the ouster of former Sudanese President Omar al-Bashir in April 2019, the Sudanese-Eritrean relations witnessed a relative breakthrough, where Asmara sent its Foreign Minister Osman Saleh to Sudan in May.

In June 2019, Abdel-Fattah Al-Burhan, the then chairman of Sudan’s Transitional Military Council, visited Asmara and held talks with Afwerki.

During the visit, the two countries agreed to open the joint border and facilitate the movement of the citizens, though the deal has not been implemented on the ground. 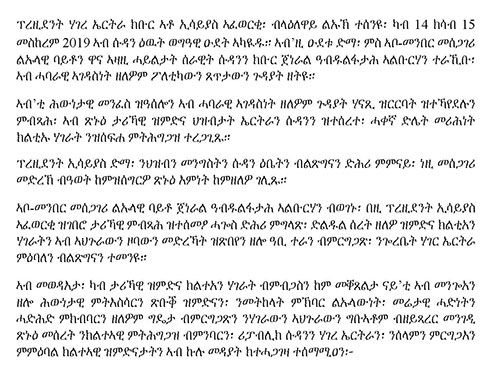 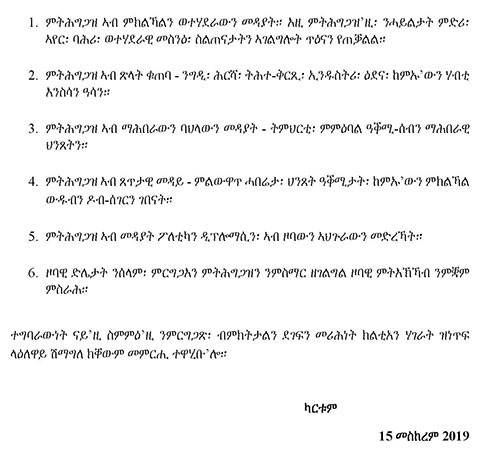