The declaration came just three weeks after Ethiopia and Eritrea declared an end to two decades of conflict, rapidly restoring diplomatic ties and flights between their capitals.

President Mohamed arrived in Asmara on Saturday (28) for a three-day visit.

Here below is the full text of the joint declaration.

Cognizant of the deep bonds of friendship between the peoples of Eritrea and Somalia;
Recalling that the peoples of Somalia and Eritrea have consistently evinced solidarity and provided support to each other’s aspirations for freedom, independence, and progress;

Determined to build on their historical brotherly relations and mutual solidarity to forge a partnership that benefits the two nations and the region;

The Governments of Eritrea and Somalia have reached the following points of agreement:- 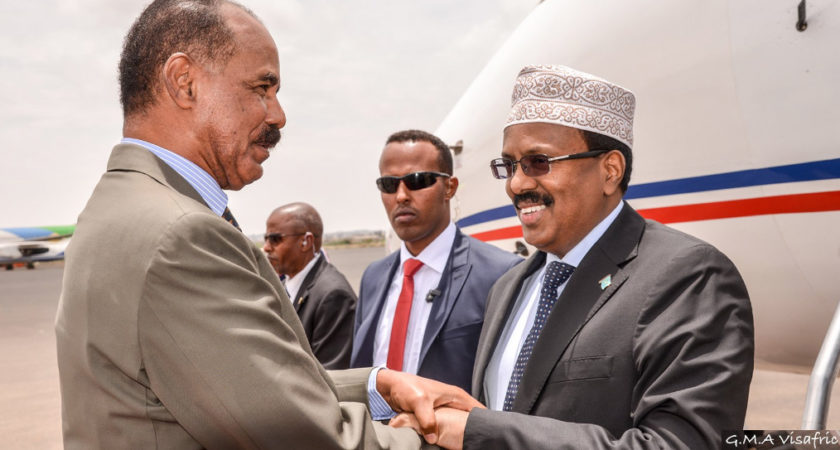 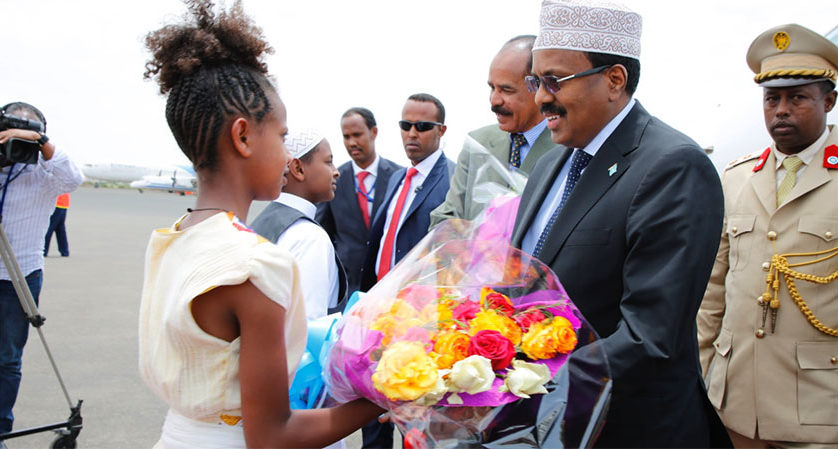 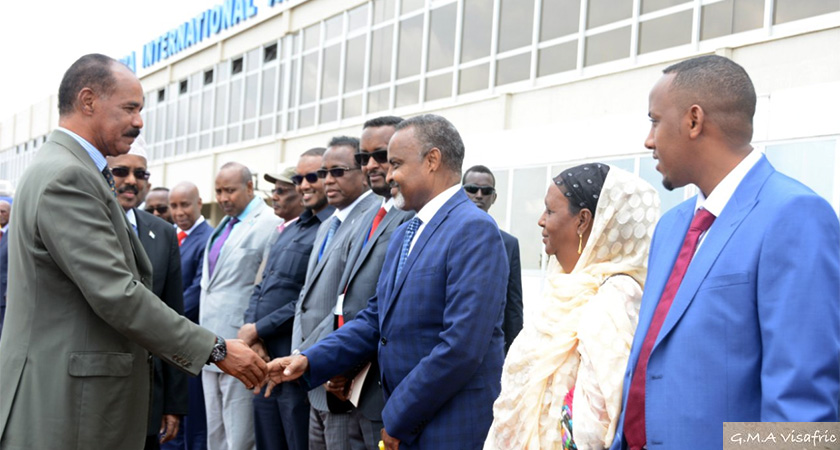 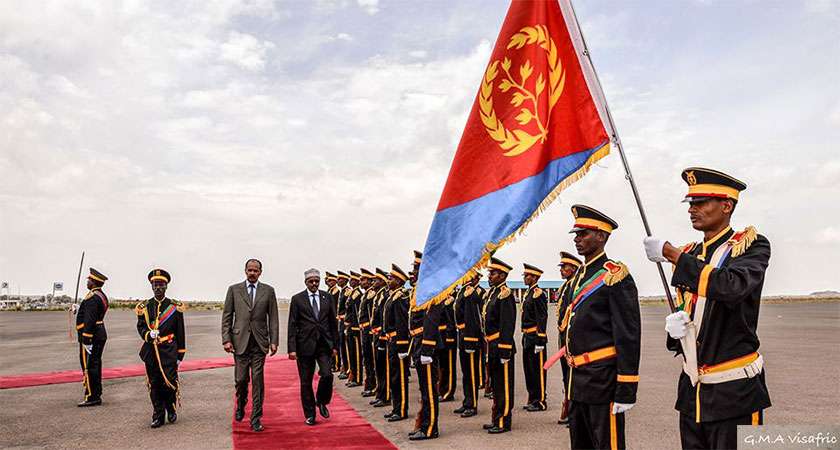 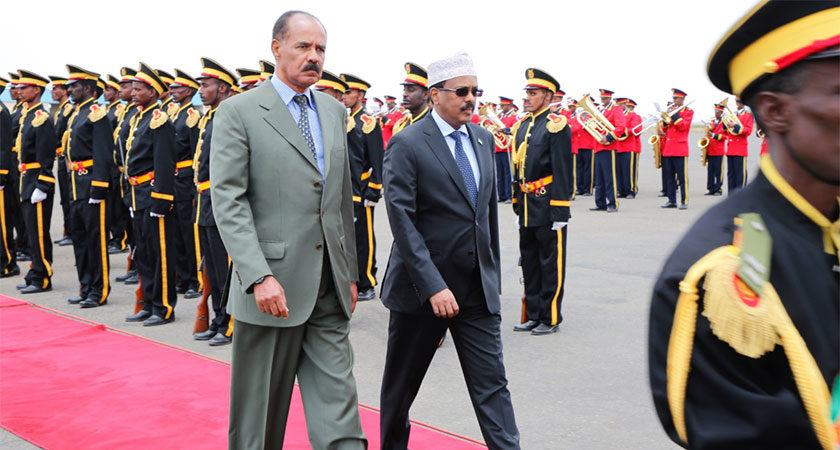 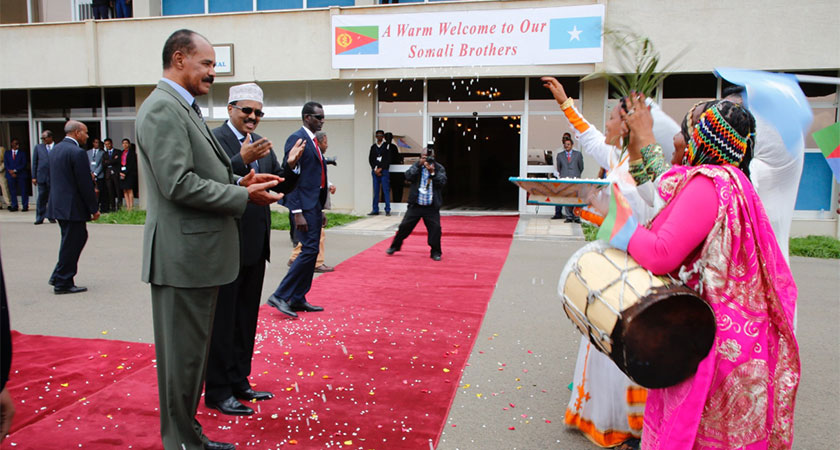 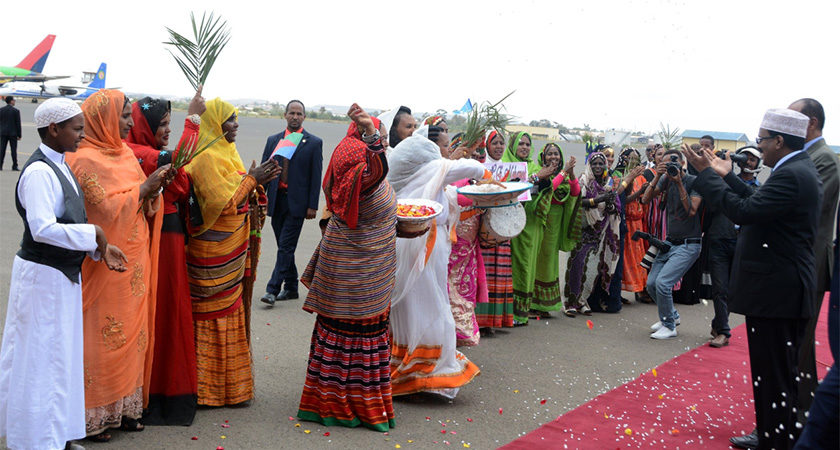 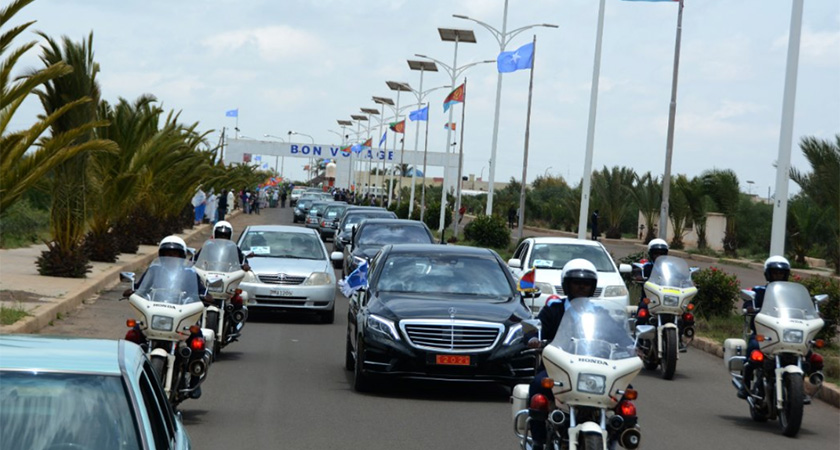 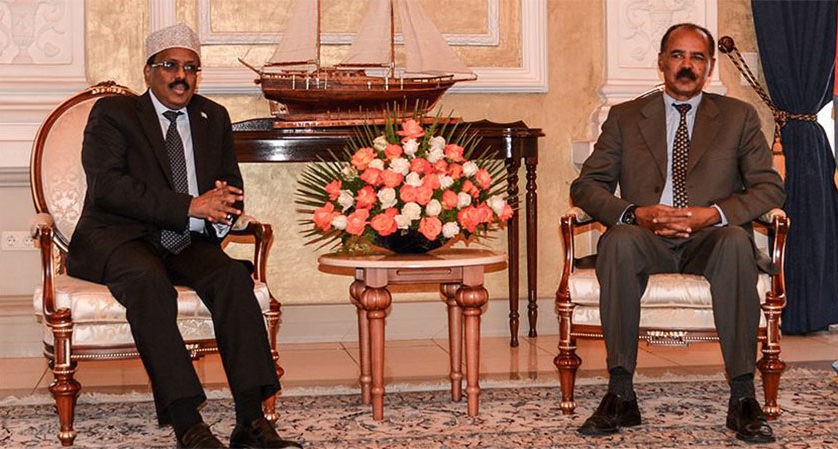 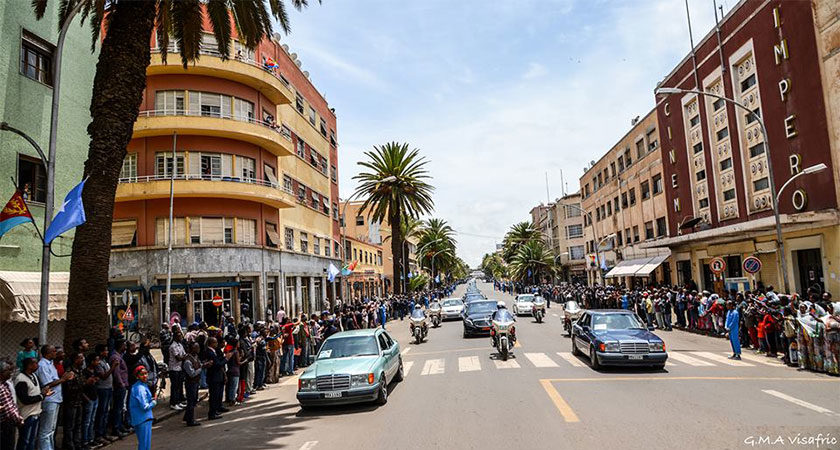 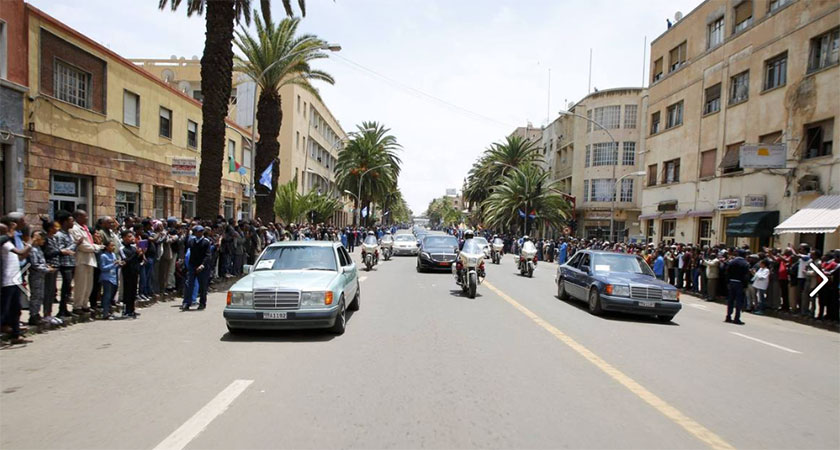 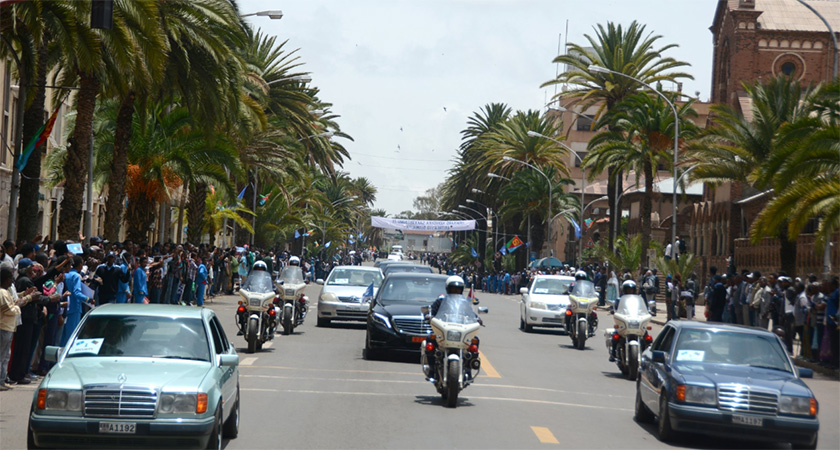 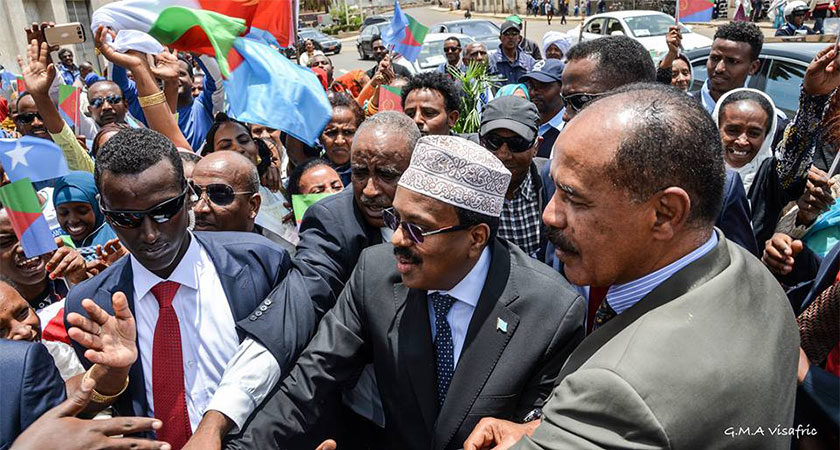 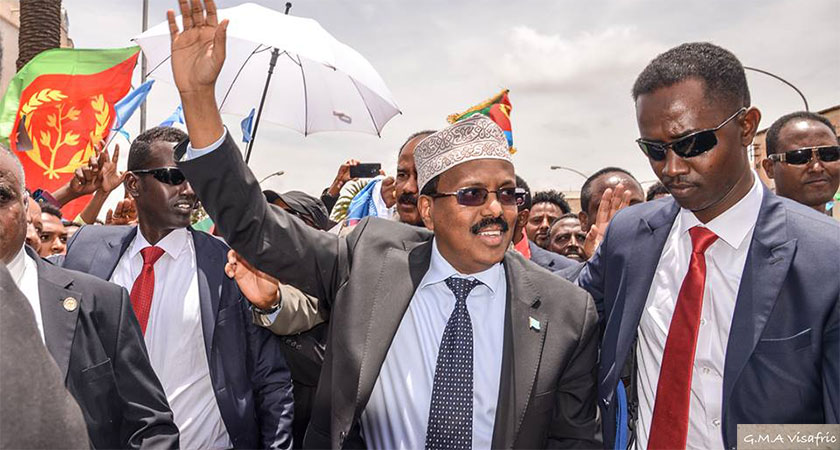 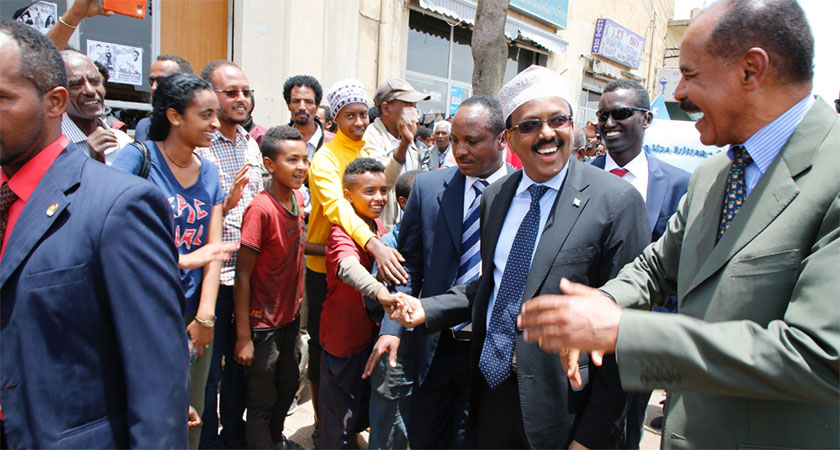