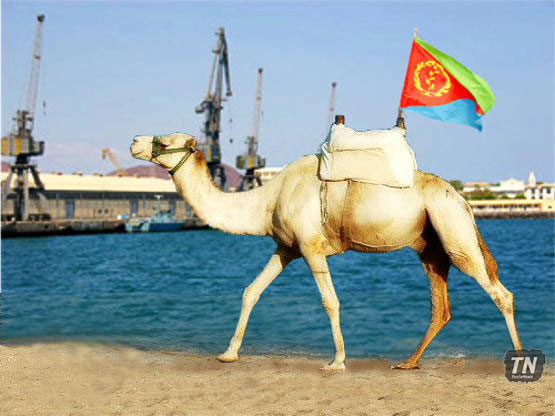 Surely, Ambassador Herman Cohen would like to see a quick end to the famine in Ethiopia.  Surely he would love to see the peoples of Eritrea and Ethiopia live in harmony as good neighbours peacefully interacting with each other and even helping each other and sharing their natural resources.  Eritrea and the whole world should come to the aid of Ethiopia and rally to forestall famine and hopefully prevent its recurrence.

Mr. Cohen states that the “Ethiopian famine that is just over the horizon will require the use of Eritrean ports”. The seemingly condescending tone of his “recommendations” appears to go beyond a humanitarian concern and exhibits glaring omissions and glosses over some significant issues.  His suggestions raise many questions that one cannot easily overlook when considering what he must clearly be aware of; namely, the unfortunately complicated situation between the two countries.

Granted, this would be one of the ways of getting relief supplies to Ethiopia. Why is it a requirement that Eritrean ports be used, given that one can think of other options?  Obviously other avenues were used during the previous Ethiopian famine when the Ethiopian government rejected Eritrea’s willingness to allow the use of its ports on humanitarian grounds.  Using Eritrean ports might conceivably be the most ideal method, in which case Eritrea should be consulted.  Surely Mr. Cohen must have other thoughts that he is not sharing. Has he already consulted with the Eritrean government?

As noted above, Mr. Cohen must be aware of Eritrea’s willingness to allow its ports to be used during the previous major famine in Ethiopia.  He must recall that the offer was rejected by the Government of Ethiopia.  Why should one expect things to be different this now?  Has he obtained assurances that the Ethiopian government will accept the offer this time if it is given?  Is he planning to request or has he already obtained Eritrean cooperation?  And why does he assume that the Eritrean government would not have misgivings about this matter given the past experience?

It would make sense that Eritrean cooperation would be requested before such declarations are made. Mr. Cohen’s motivation is no doubt a humanitarian one.  Does his humanitarian concern extend to the displaced Eritrean peasants whose land and homes are still occupied by Ethiopia more than a decade after the border dispute was supposedly resolved?  The plight of the internally displaced Eritrean peasants is not outright famine, thanks to the efforts of the Eritrean government, but it is still a disaster.

Where is the balance?

Surely Mr. Cohen is aware of the often repeated and loudly disseminated bluster by the Ethiopian regime against Eritrea.  He must know of the repeated threats to “Invade,  Attack, Change the Regime, Capture Assab etc.” ad nauseam.The Ethiopian government has recently been amassing its troops in the Eritrean border seemingly to distract its own people by claiming that the protests in Oromia are directed by Eritrea.  It seems there need to be some steps to dampen the hostility before Mr.Cohen’s suggestion can warrant serious consideration.

So when suggesting that Eritrean ports be available to Ethiopia, some steps must be taken to create assurances to guard against Ethiopia’s admitted hostile goals against Eritrea. That is still problematic because, were assurances to be made to Eritrea, who would be willing to guarantee those assurances?  Not the same entities that were the guarantors of the Algiers Binding Resolution and have abdicated their responsibilities?

Most Eritreans dream of the day when they will live in harmony and cooperation with their Ethiopian neighbours.  This will require resolution of existing differences between the two countries and respect for each other’s sovereignty and territorial integrity.  From there should follow cooperation that will hopefully benefit both countries through mutually agreed upon principles and practical steps.

However, Mr. Cohen’s suggestions, which seem to indicate that Eritrea forget its security interests and give access to Eritrean ports without even mentioning some of the obvious obstacles, strike a discordant chord and threaten to insult our collective intelligence.

Apparently Eritrea is to blindly enter into some discussions after allowing its ports to be used without any guarantees of security.  Mr. Cohen needs to be reminded that the suggestion to  “engage in discussions” is a refrain straight out of the Woyane’s hymnal.  It is the excuse they continue to use to avoid implementing the “Final and Binding” Algiers Agreement even though they signed it.

Surely Mr. Cohen does not want Eritrea to risk compromising its security in the hope of subsequently engaging in “discussions” with an adversary that has used the ruse of asking for “dialogue” to impose on it the current state of “no peace no war.”

Discussions are indispensable, but the conditions under which they should be conducted require serious consideration of the existing realities and, hopefully, the involvement of unbiased mediators.