In Eritrea, Masse (ማሰ) and MelQes (መልቀስ) performances, just like what’s now called free-style hip-hop, are combination of speech, prose, poetry and singing and delivered in a rhythmic flow, on the spot, without any rehearsals.

I don’t think I am cold-hearted but when I hear gang-related shoot outs, my empathy for the deceased don’t last long until I heard the death of Sandman Negus, an Eritrean American rapper. His real name is Sador Fissehaye.

He began rapping at the age of twelve and went on to recording at fifteen. Although he was born in exile, his love for his native country is unbelievable. He produced and remixed tracks incorporating Eritrean melody into his lyrics. His death on September 27, 2012 was a shock and a great loss to everyone, especially to Eritrean people.

His young brother, Sawranious Fissehaye, followed in sandman’s footsteps as a hardcore Eritrean. He came to Eritrea this year for his wedding, which he always planned to have on January 12, Sandman’s birthday.

He surprised his family by bringing a cake with the inscription “happy birthday brother”. When the celebration was over, I started chatting with some of the guests about the great artists Eritrea has lost that could have represented it on the world stage, especially rappers like Nipsey Hussle.

The celebration and memory of Sandman Negus made me wonder about rap’s origin. Obviously because it’s commonly associated with hip-hop, I linked it with African-American cultural evolution, but when I dug deep, I began to question everything I thought I knew.

Even though the term ‘rap’ has been in the dictionary for so long, its meaning was quite different in the past from what it means right now. It meant to utter sharply or vigorously, especially commands. The closest meaning to what rap means right now appeared in 1932 in the American slang dictionary.

While the Americans were busy labeling rap, people in West Africa were performing griots. 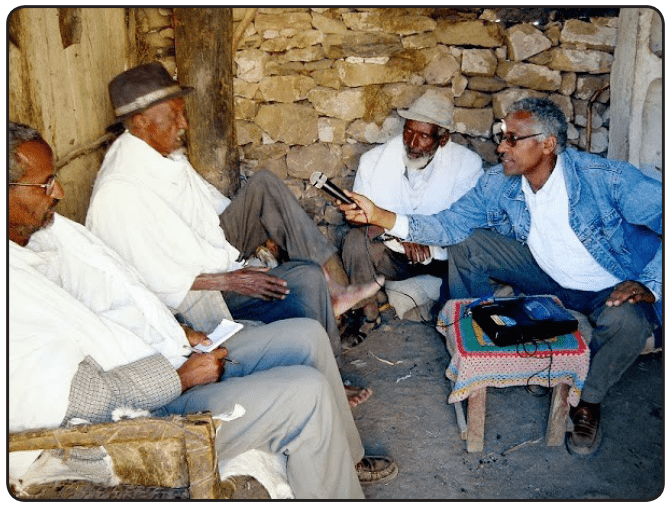 Griots or jeli, which is similar to rap, is a repository of oral tradition in which story tellers or singers use their rhetorical techniques to praise or critique individuals. In the Horn of Africa, especially in Eritrea and Ethiopia, this kind of culture is common.

In Eritrea, Masse (ማሰ) and MelQes (መልቀስ) are commonly practiced, especially by men. Masse is used on happy occasions, such as weddings, to praise the bride and groom as well as their families and ancestors.

Just like the latest forms of rap, a combination of speech, prose, poetry, and singing, Masse is delivered in a rhythmical flow of poetry accompanied by traditional musical instruments or without any instrument.

MelQes, on the other hand, is used to mourn the dead. The person who practices MelQes praises the deceased. All of these performances are usually done on the spot, without any rehearsals, just like what’s now called free-style hip-hop.

Currently, artists who could free style on any topic more than seven bars are highly acclaimed in the music industry. By this standard, those who practice Masse and MelQes in our country and region are geniuses.

In my view, these factors and other supportive historical as well as archaeological parameters can arguably be invoked to contend that precursor of modern rap may be civilizations in the Horn of Africa rather than the commonly held view of West Africa. Of course this remains a mere conjecture which must be validated by exhaustive research.

What bothers me most is the fact that it’s believed that during the 1960s and 70s, the person credited with originating the style of delivering rhymes over extensive music that came to be known as rap is Anthony Holloway, AKA DJ Hollywood from Harlem, New York.

I disagree with this statement because according to the book, “Masse and MelQes Kedamot,” by Solomon Xhaye, in the 1870s, Weldemichael Solomon and Haylu Teweldebrhane, leaders of the villages Hazega and Xeazega were constantly battling each other for authority. During one of these battles, Haylu won and the infamous Massena (rapper) and wata (traditional stringed musical instrument) player, Tumeezgie, praised Haylu as a divine power and dissed Weldemichael as a coward.

As time went on, the battles continued and in the end Haylu was defeated and killed in Wekiduba battle. Then, Tumeezgie fell on the hands of Weldemichael and begged for mercy using these rhymes:

Here is a sword behead me

Here is a rope hang me

Here is a lake drown me

Here is a cliff push me

Here is a trench put me in it

I didn’t guess you would win

The devil messed with me

Are you from the sky or the underground?

Mercy is all we need

You gave birth to coldness without shivering

You gave birth to thunder without shock

You gave birth to lightning without fear

You gave birth to fire without being burned

Yo Weldu son of Eleni

Raised by care who fights in a war like jinni

I didn’t guess you would win

I am sorry devil misled me

After listening to the Masse, Weldemichael forgave the Massena (ማሰኛ) but was terrified by his lyrical ability and banished him from his territory.

So our fore fathers delivered flawless rhythms in time with music way before DJs explored they could spit words within a beat.

Another fact that shows we had the culture of rap is battle rapping. Massenatat (ማሰኛታት) use to insult one another representing their village or district. What adds flavor to rap is performance and that was well taken care of in our culture. The person who delivers the Masse (ማሰ) attracts the attention of listeners by standing up and communicating with his body language, moving around on the platform.

In short, considering the developed world as the origins of pop culture without questioning is wrong because more often than not the origins tend to be ancient civilizations in Africa.