Eritrea is a Dreamland for Railroad Nostalgics

Kaum a traveler has ever been in Eritrea, a small country on the Red Sea is known primarily from the news. From its neighbors, especially the archenemy Ethiopia, the country secluded itself for a long time. Until it unexpectedly signed a peace treaty with Ethiopia in July 2018.

A historic turnaround to which the travel industry has responded swiftly: after 20 years of no air traffic between Ethiopia and Eritrea, Ethiopian Airlines has since resumed its non-stop connection between the capitals of Addis Ababa and Asmara.

Eritrea is still hardly developed for tourists, who wants to leave the capital, needs a permit – the bureaucracy is better positioned than the infrastructure. In any case, it is worth discovering Eritrea, the former Italian model colony has the makings of a top destination.

Asmara is also called Piccola Roma, here you will find Africa’s best espresso and pasta and pizza as in Naples. The port city of Massawa on the Red Sea boasts Arabic-Ottoman architecture, which is a hot contender for the UNESCO World Heritage Site. At the Keren camel market time seems to stand still, hardly a salesman here has a cell phone.

There are nine peoples with their own languages and cultures. Several times a year, religious festivals and parades of any kind are celebrated together – half of the population is made up of Christians and Muslims. Foreign visitors are admired in Eritrea as a rarity and generally welcomed with joy. 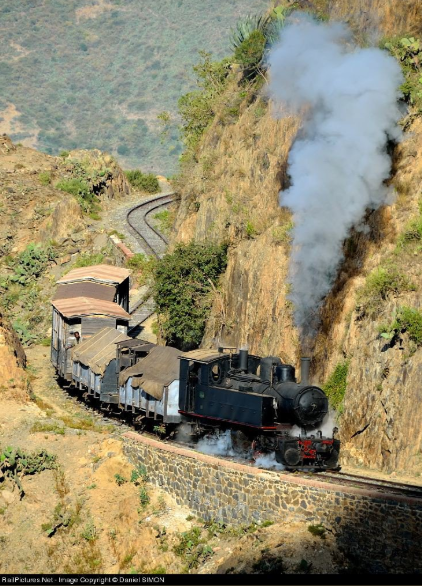 Eritrea is a dreamland for railroad nostalgics – here are still steam locomotives from the Italian colonial era on the way. Although they are in poor condition, but roadworthy, and the track is spectacular – from Asmara it goes over mountains and viaducts, through desert and tunnel to Massawa on the Red Sea.

“There is no other rail connection on earth that overcomes a height difference of nearly 2400 meters with steam locomotives at a distance of about 115 kilometers,” says Bernd Seiler, who has been organizing steam locomotive rides in Eritrea for years with the FarRail Tours Club.

He must charter the trains, bring the coal itself if necessary, the rail line is in need of repair, but already the next steam group trip is fully booked.

Probably the world’s only World Heritage Site gas station is in Asmara. The building in the form of a take-off aircraft is one of many other Art Deco buildings in Eritrea’s capital. In 1935, the Italians conquered the empire of Abyssinia, dictator Benito Mussolini wanted to realize his dream of a new empire. These included impressive buildings.

Italian architects turned Asmara into a magnificent city with huge boulevards, cinemas, residential palaces, factories and administrative buildings in the style of Futurism. In no other place, so many of them are so well preserved, 2017 was followed by the recognition of the UNESCO site “Asmara: A modernist city of Africa”.

It is perhaps the world’s most original place for a Christian chapel: in the hollow trunk of a huge, over 500 years old baobab tree near the town of Keren is the Marian shrine of St. Mariam Dearit.

He was said to have been created by French nuns who opened an orphanage here around 1870. They looked for a suitable place for their Maria – and found the tree. According to legend, the statue has healing powers and marks a place of fertility.

Young women pray for children’s blessings, and women who make coffee in the shade of the tree should become pregnant when a stranger accepts a cup. Every year on May 29th, thousands of pilgrims visit the Tree Shrine, where they sing and dance after a procession in Mary.

London is known for its typical black cabs. In Eritrea’s capital, squeaky-pale old-time Fiats, who often have more than five decades behind them, travel by taxi. They are moving proofs of the repair talent of the inhabitants because even if they look like the original, they are in reality almost completely made up of newly pieced-together spare parts.

Popular with locals are larger shared taxis, so-called line taxis. As it comes in these companions but always to pickpocketing, the Foreign Office advises tourists to individual taxi use – a small Fiat is ideal. Who the taxi driver a hearty Andiamo! (Italian: “Let’s go!”), Almost goes through as an Eritrean.

Men in self-made cardboard protective masks weld together rusty bicycle parts, broken wooden and plastic furniture are repaired, new kitchen ovens emerge from discarded oil cans, old car tires are carried back and forth, mountains of scrap of every kind await rebirth as useful household appliances: Medeber Market in the center of Asmara is one of the largest out-of-old-new-markets in the country. 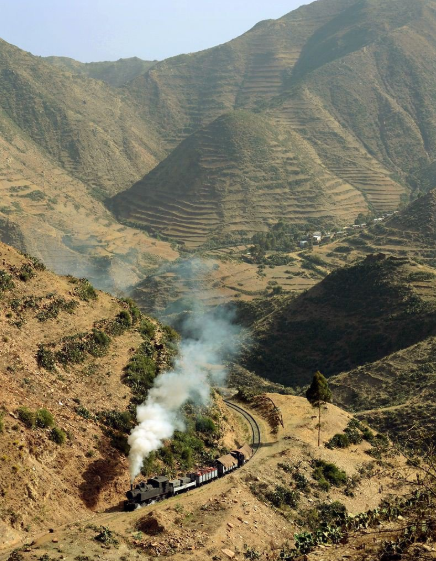 The economy has been down for years, so you take what you have, even if it looks like garbage, and turn it into commodities. Upcycling is the name of the hipster language, here it is an everyday necessity. Each piece has a new use, the creativity and skill of the hobbyist borders on magic.

Spices are also sold on the market. Clouds of finely ground chilli often waft across the grounds, with a sharpness that makes Europeans howl after seconds, and the market traders only wonder with a smile.

A typical Eritrean coffee ceremony can take two hours, whether in the host’s house or on the roadside. First, green Sidamo or Harar beans are roasted in front of the coffee thirsty, often over an open fire, later crushed with the mortar.

Finally, the coffee is brewed and filled into cups with lots of sugar. As in neighboring Ethiopia, drinking coffee is an important social ritual that is still celebrated with enjoyment and leisure.

Ghirmay Ghebreslassie from Eritrea is the youngest marathon world champion in history: at the age of 19, he surprisingly won the gold medal at the 2015 World Athletics Championships in Beijing .

In the following year, the then 20 -year-old was the youngest winner of all time at New York City Marathon. With a time of 2:07:51 he even improved his world championship result (2:12:28). The Teen Trailblazer, as he was known in headlines, grew up between goats and cows in a remote village, where his running skills were discovered by a physical education teacher. 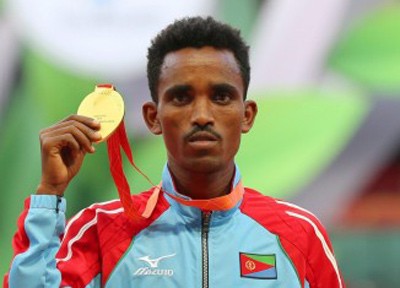 “Travel is good against prejudice. This is especially true for Eritrea “

Werner Gartung, the owner of Oase Reisen, is one of the few tour operators to offer tours to the country from which so many are fleeing.

“Travelers arriving in Eritrea are stunned by how cheerful and friendly people are, how relaxed the atmosphere is, how attractive the landscape and culture are,” says Gartung.

The peace treaty would now also make combined round trips to Ethiopia possible without detouring through a third country. Other specialists such as Diamir Adventure Travel and Afrigoo currently only offer Eritrea in combination with Sudan as a cultural destination.