I was unable to find any evidence to support when trash talking Donald Trump described some Africans as lazy fools, sex-crazed thieves that are only good at eating, well, until I came across to the reactions of some these Africans to a certain bogus story about forced polygamy in Eritrea which goes viral recently on social media.

The fairy-tale was merely concocted based on the imagination of a certain insignificant news website that is known to Eritreans for its biased and inaccurate reports.

According to this obscure site, an unnamed “Eritrean activist” posted a memo on Facebook [no link provided] allegedly from the Eritrean government ordering its male nationals to marry at least two wives or spend the rest of their lives behind bars.

Given the reputation of the news site, Eritreans didn’t bother to engage until  they see the fairy-tale published on a fairly rational Kenyan news media, The Standard.

The story gets trend among Kenyan audience despite they own one of the most bizarre Polygamy law on the continent, which was introduced in 2014 to formalize the already common practice in the country.

Kenya’s polygamy law allows men to marry a second or third woman without the first wife’s consent while forbidding women from marrying more than one man.

Despite having a functioning polygamy legislation in their own country, Kenyans rather find it convenient to badmouth Eritrea and disrespect Eritrean women on the social media. It doesn’t take a while before the rumor attracts the attention of other Africans as far from Nigeria and Ghana.

Although the alleged Eritrean legislation was not true and remained unsubstantiated, the story continues to go into an overdrive.

Twitter and Facebook responses from the majority of Kenyans, Nigerians and other Africans proves to me how lazy, disrespectful and sex-crazed they are.

By law, Polygamy (or even bigamy) is not allowed in Eritrea although it was seldom practiced on cultural or religious grounds like in most of the African states.

But what does the Eritrean law says about marriage: 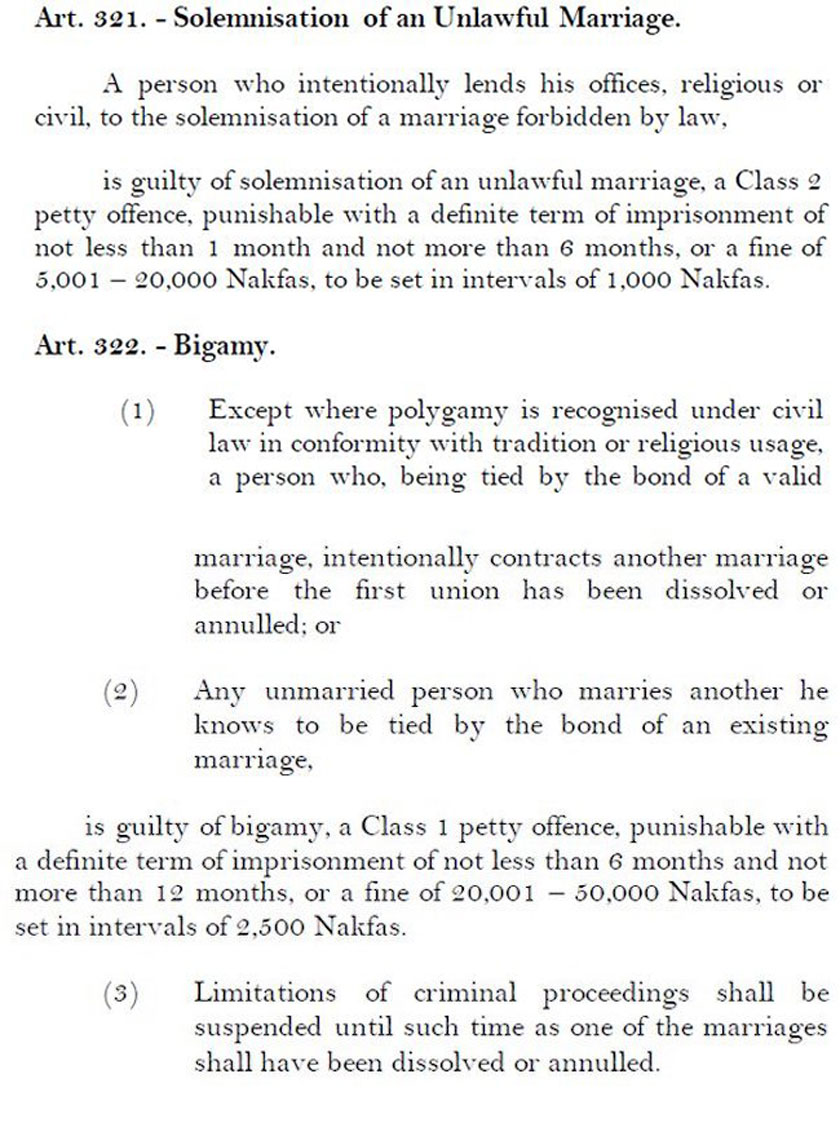 We are sorry to break your hearts this way our African brother, specially to those who already started wet dreaming about pretty Eritrean girls. In your dreams. As the saying that goes, enjoy the fairy-tale while it lasts, and make sure it remains as it is.

Now, its our turn to laugh at your ignorance.

Here are some of the most funnies twitter responses so far:

#eritrea is the new cool

All roads lead to #Eritrea pic.twitter.com/yaCCrBjbHx

When i heard the news from Eritrea….heading to the embassy for my free Visa like… pic.twitter.com/bSWkMUHzQw

When the kids find out Dad is leaving for Eritrea. pic.twitter.com/ovD5DWrk3O

For the broke boys like me. We can still go by road. Let's do this for the single women in Eritrea @jackdre02 pic.twitter.com/h8iyNYzb0y

I am just here thinking of how to get Eritrea visa like… pic.twitter.com/gE3pBWRO6b

Pls, help me find a dating website where I can find girls from Eritrea, as beautiful as these. I want to marry 4 pic.twitter.com/M5uUHj0GMl

Eritrea has a shortage of men,Every man has to marry 2women or face imprisonment *Country not user friendly to gays pic.twitter.com/HHos2NFM5m

Yoruba guys when they heard the marry one – get one free law in Eritrea pic.twitter.com/zTl6a7J71J

Guys that want to go to Eritrea vs Guys in Eritrea pic.twitter.com/TnmApzMKBN

When u arrive, Eritrean women will chop your shit & will force u to eat it. At chopped? & After chopped? #TeamMafisi pic.twitter.com/fAkNlDcEnC

When #Eritrea told Nigerians & Kenyans the polygamy joke was a trap for cheap labour.Their families be like… ??? pic.twitter.com/9BdulPlsa0