Eritrea and Ethiopia Signed Joint Declaration of Peace and Friendship 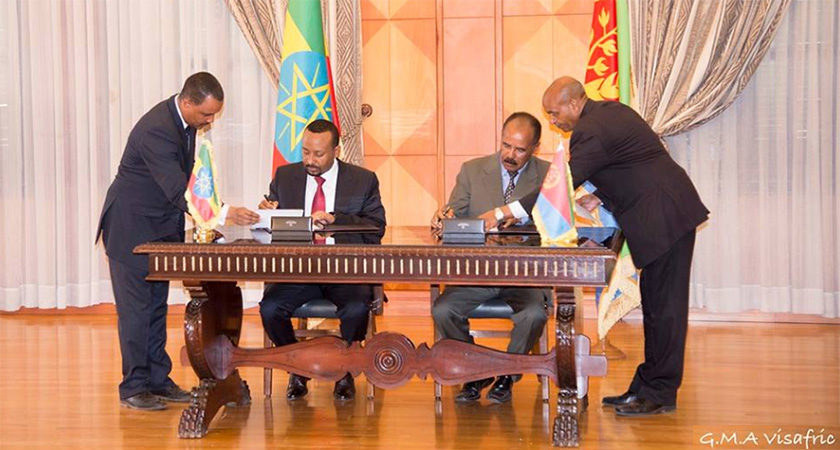 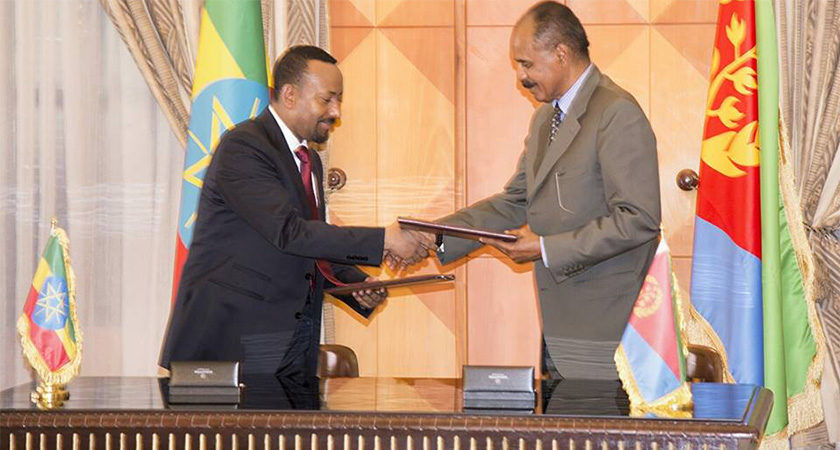 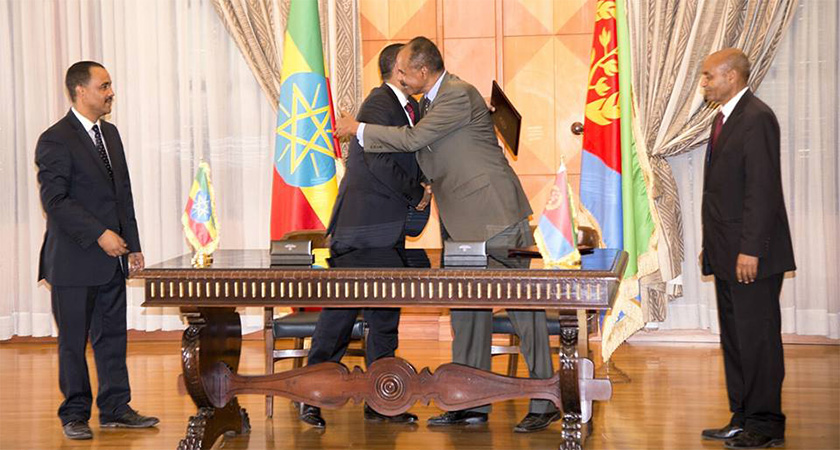 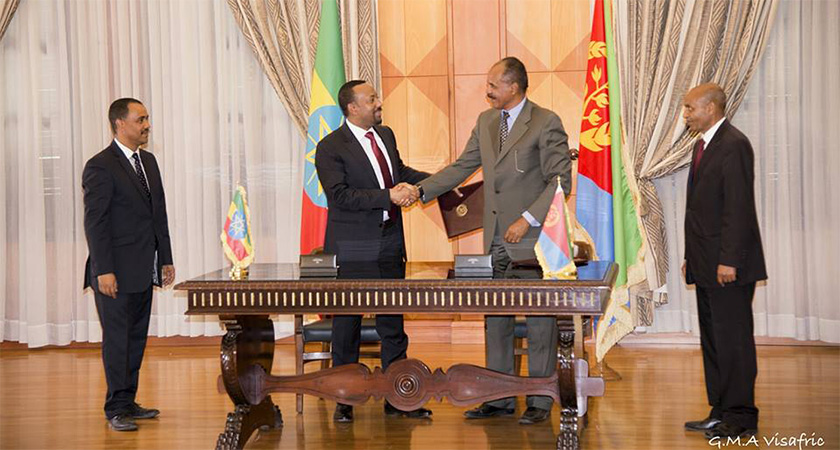 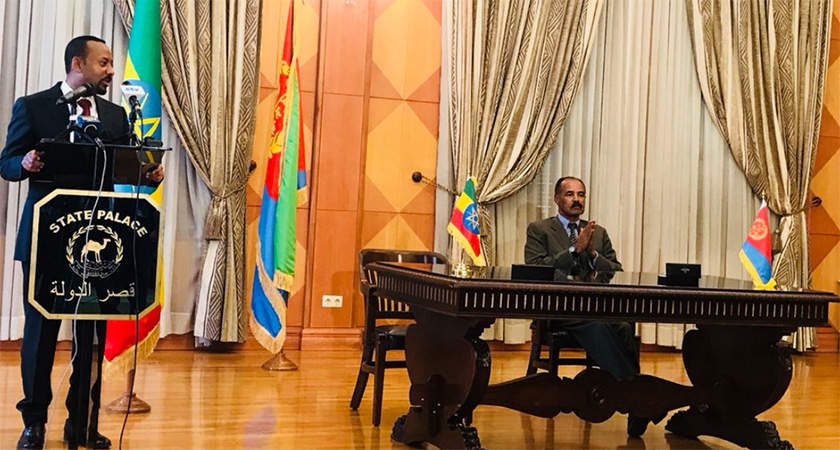 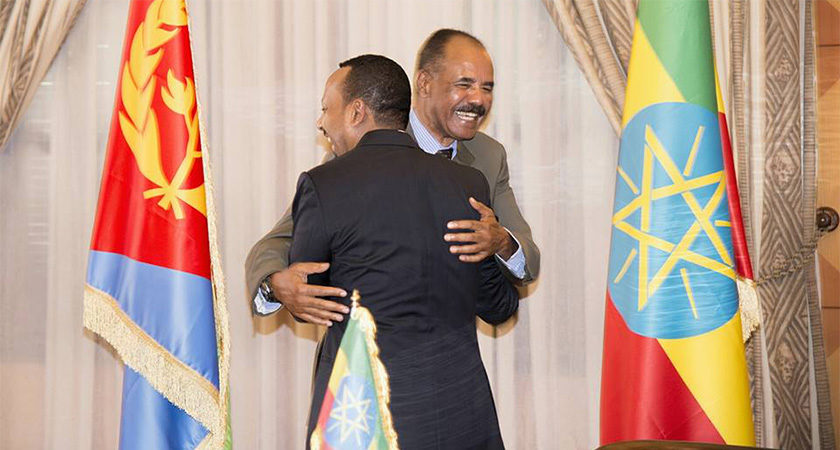 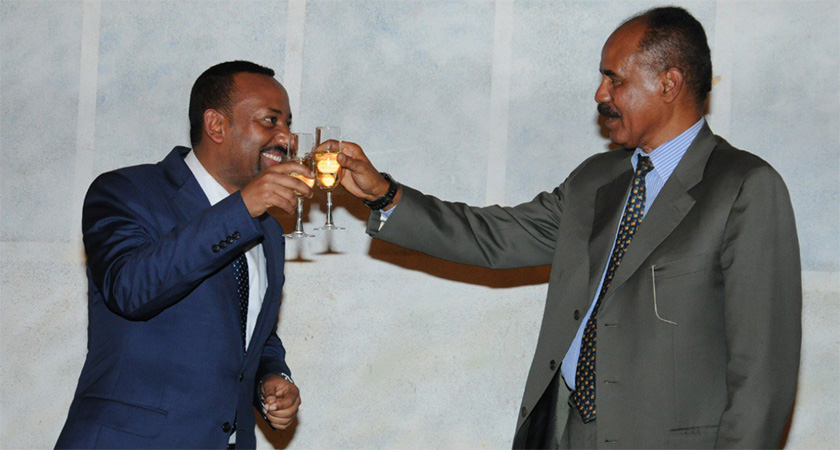 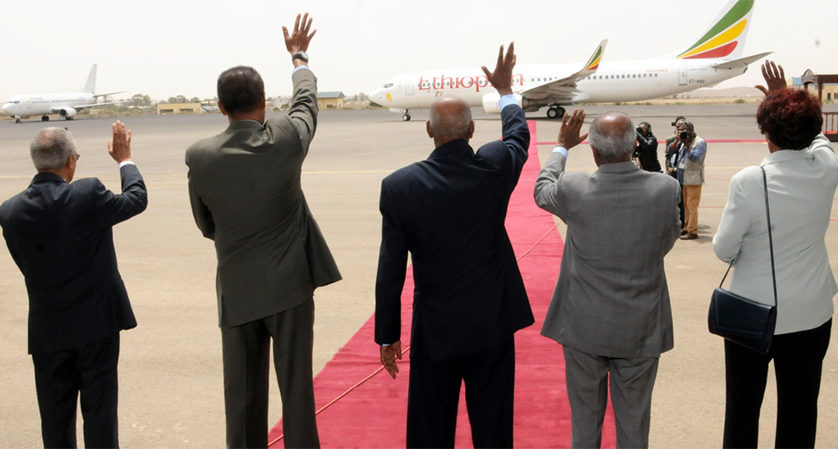 The leaders of Ethiopia and Eritrea signed a “joint declaration of peace and friendship”, Eritrea’s information minister said, a day after a landmark summit marked a start to normalization of ties between the longtime foes.

“The Agreement, which specifies five pillars, was signed this morning at State House by President Isaias Afwerki and Prime Minister Abiy Ahmed,” Minister Yemane Gebremeskel wrote on Twitter on Monday alongside a photo of the two men seated at a table in front of their nations’ flags.

The first of the five pillars stated that the war that existed between the two countries has ended.

Other pillars declared that a new era of peace and friendship has been ushered and that both countries will work to promote close cooperation in political, economic, social, cultural and security areas.

In addition, transport, trade, and telecommunication ties will be resumed and diplomatic ties and activities renewed. Finally, previously made border decisions will be implemented and both countries will work together to guarantee regional peace, development, and cooperation.

On Sunday, a meeting between the two countries’ leaders in Asmara ended decades of diplomatic and armed strife.

The announcement capped weeks of whirlwind change, driven by new Abiy, who was welcomed for face-to-face talks in the Eritrean capital by Afwerki.

“We agreed that the airlines will start operating, the ports will be accessible, people can move between the two countries and the embassies will be opened,” Abiy said at an official dinner.

“We will demolish the wall and, with love, build a bridge between the two countries,” Abiy continued.

The sudden rapprochement ends a years-long cold war that hurt both countries.

The Horn of Africa nations remained at loggerheads since Ethiopia rejected a United Nations ruling and refused to cede to Eritrea land along the countries’ border following a 1998-2000 war that killed 80,000 people.

There was no sign of that animosity on Sunday.

Abiy stepped from an Ethiopian Airlines plane at the airport in Asmara to be greeted by Isaias. The two men embraced before they walked down a red carpet.

Out in the streets, chanting crowds cheered on the leaders’ convoy, waving the twinned flags of Ethiopia and Eritrea and spreading flowers and popcorn in a typical Eritrean tradition.

i. The state of war between Ethiopia and Eritrea has come to an end. A new era of peace and friendship has been opened.

ii. The two governments will endeavor to forge intimate political, economic, social, cultural and security cooperation that serves and advances the vital interests of their peoples;

iii. Transport, trade and communications links between the two countries will resume; diplomatic ties and activities will restart;

iv. The decision on the boundary between the two countries will be implemented.

v. Both countries will jointly endeavor to ensure regional peace, development, and cooperation.

Both governments express their gratitude to all friends of Eritrea and Ethiopia and call on them to redouble their solidarity and support.