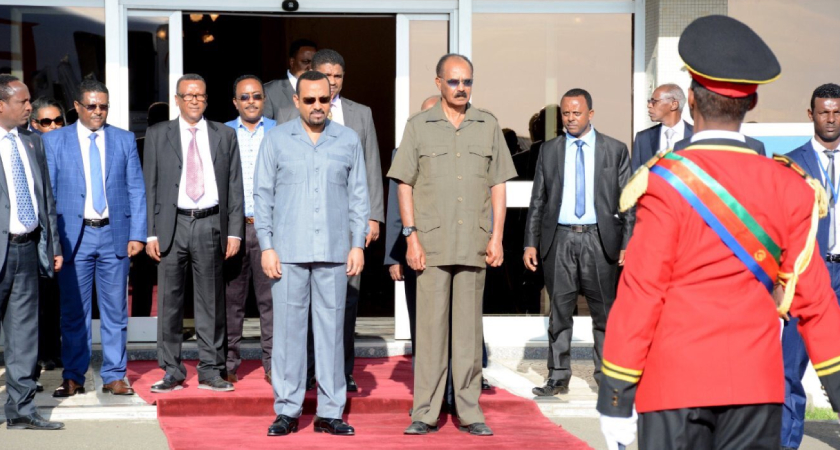 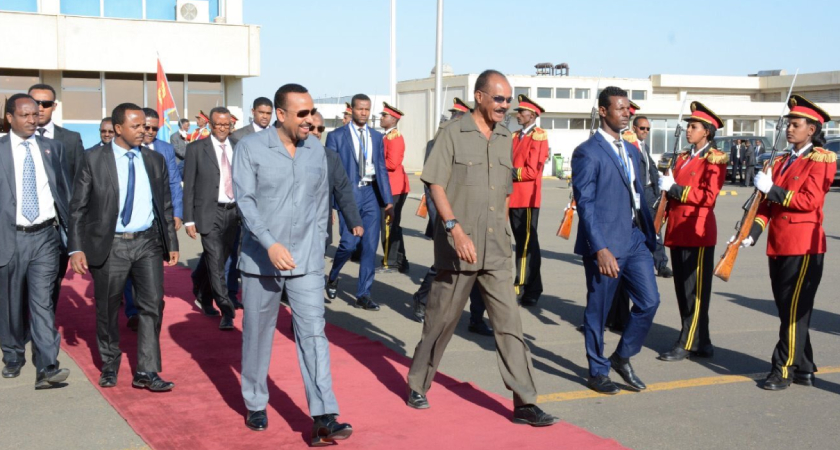 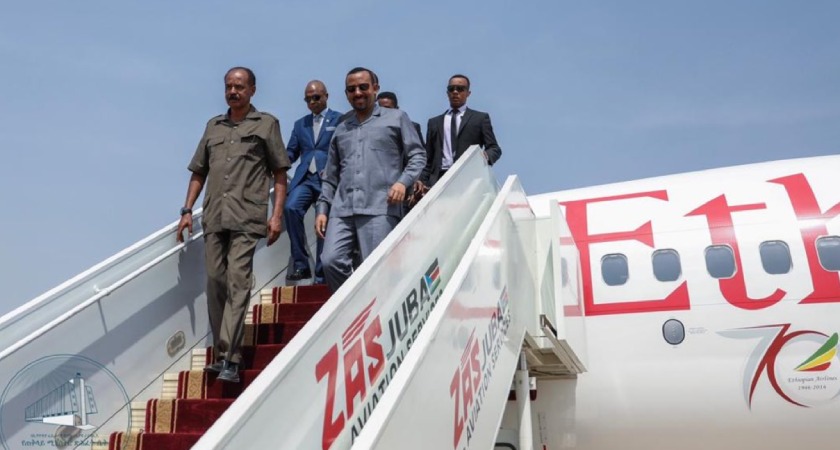 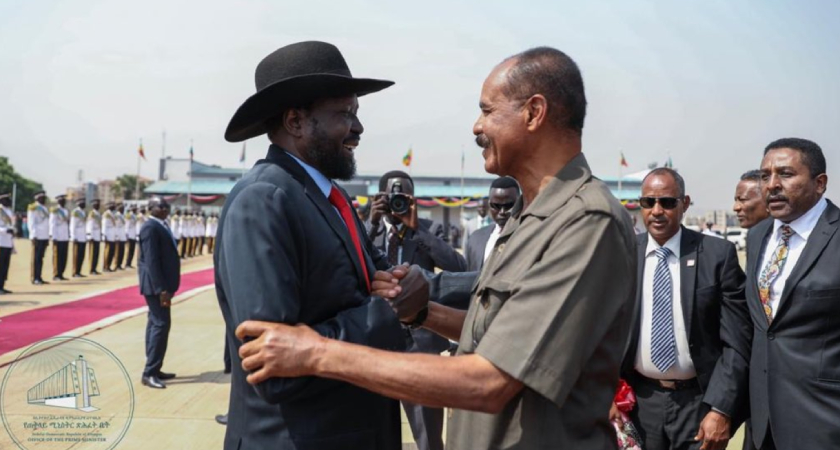 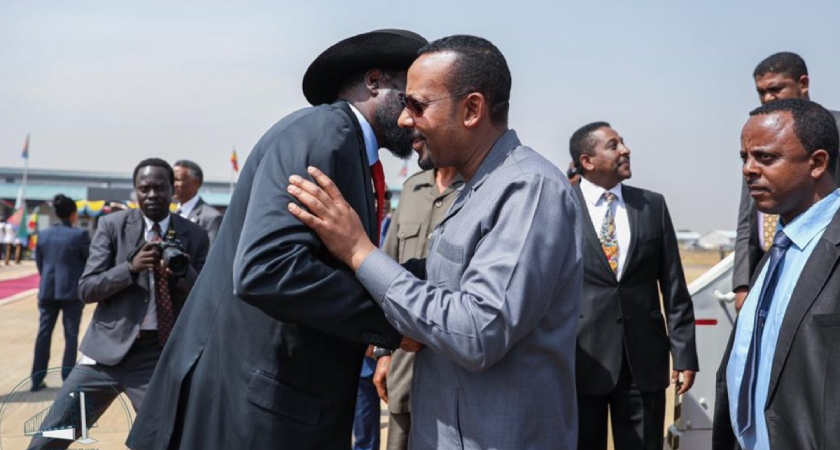 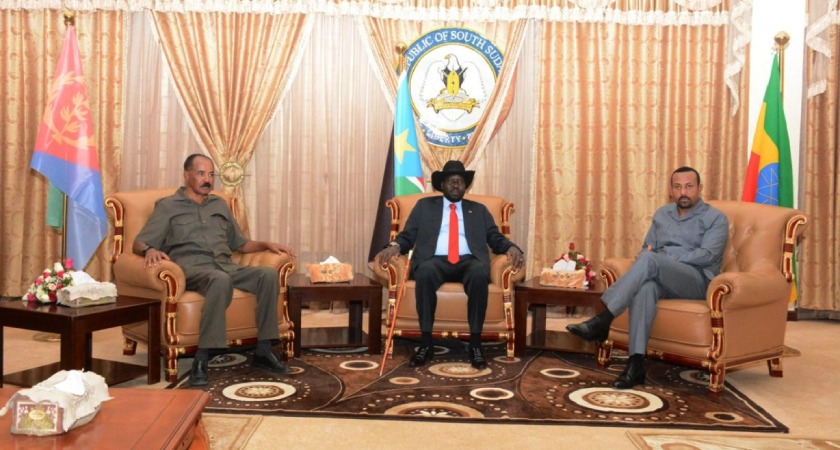 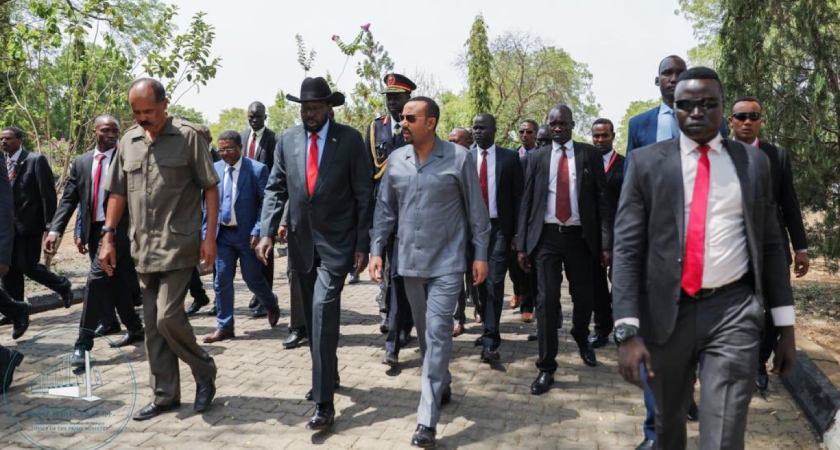 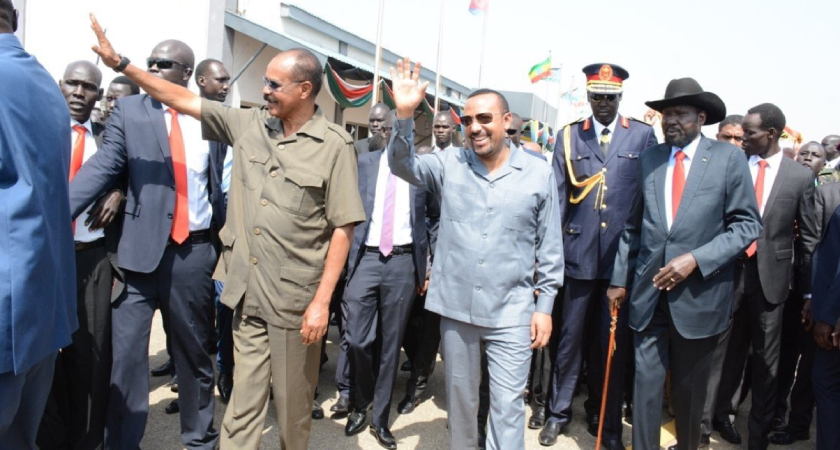 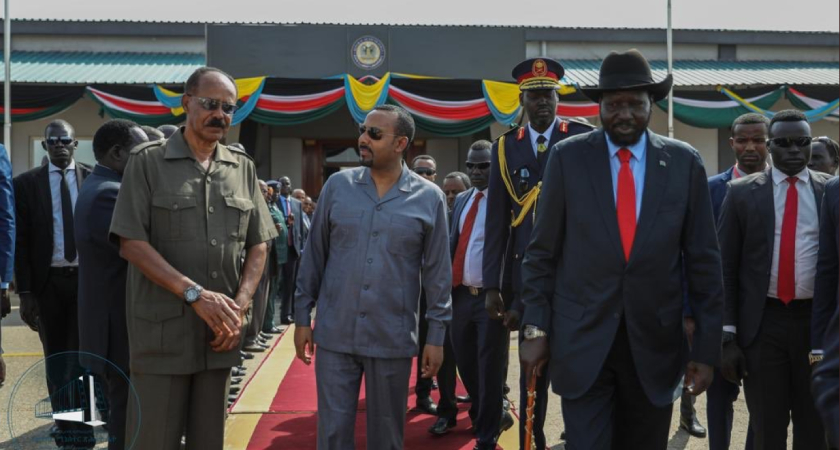 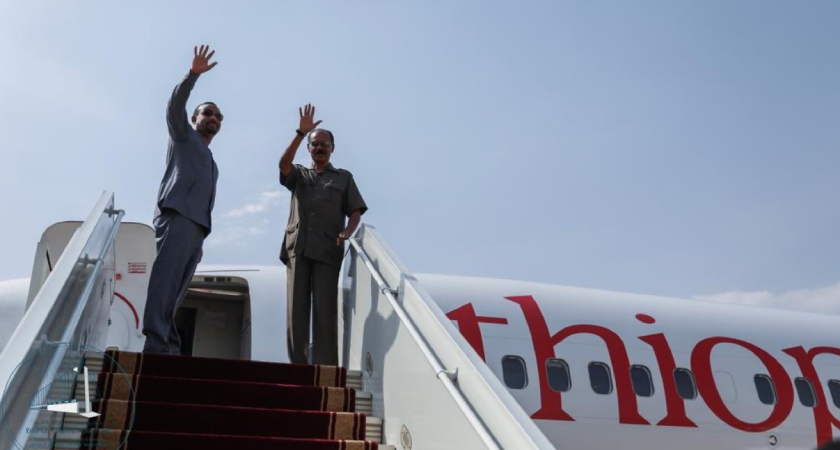 The two leaders and their delegations were accorded warm welcome by President Salva Kiir on arrival at Juba Airport.

PM Abiy had visited Asmara on Sunday along with Kenyan president Uhuru Kenyatta, where they held a tripartite meeting.

The trio are scheduled to hold meeting on recent developments in South Sudan including progress on the Revitalized Peace Agreement, besides discussions that was centered on regional peace, economic ties and infrastructure development.

>> ALSO READ : “The People of Eritrea always Stands in Solidarity with the People of South Sudan”: President Isaias

“In addition they will also be addressing issues of developing joint capacities and working together in an integrated manner,” the office of Prime Minister Abiy Ahmed stated on a social media post.

South Sudan president Salva Kiir who was on a tour of one of the country’s northwestern Bahr el Ghazal state cut short his trip to meet with the visiting leaders.

At the end the tripartite Summit, the leaders issued the following join statement:

Joint Statement on the Visit of H.E. President Isaias Afwerki of the State of Eritrea and H.E. Prime Minister Abiy Ahmed of the Federal Democratic Republic of Ethiopia to the Republic of South Sudan Juba on 4th March 2019

1) H.E. President Isaias Afwerki, President of the State of Eritrea and H.E. Dr. Abiy Ahmed, Prime Minister of the Federal Democratic Republic of Ethiopia, paid a one-day working visit to the Republic of South Sudan in the course of which the two leaders and their host President Salva Kiir Mayardit, held extensive discussions on a broad range of issues.

2) The three leaders emphasized the need to continue working together to consolidate peace in the Republic of South Sudan in all ways possible and to seek to coordinate the positions of the three countries on both Regional and Global issues.

3) In the course of the discussions, the three leaders focused on the need to advance the cause of regional integration and to that end agreed to task their foreign Ministers and other relevant government agencies in the three countries to work out the common projects that will facilitate the attainment of the goal of Regional Economic integration and shared prosperity.

4) At the end of their visit, H.E. Isaias Afwerki, President of the State of Eritrea and H.E. Dr. Abiy Ahmed, Prime Minister of the Federal Democratic Republic of Ethiopia, thanked their host President Salva Kiir Mayardit and through him the people of South Sudan, for warm reception and hospitality accorded to them and their delegations during their visit to South Sudan. 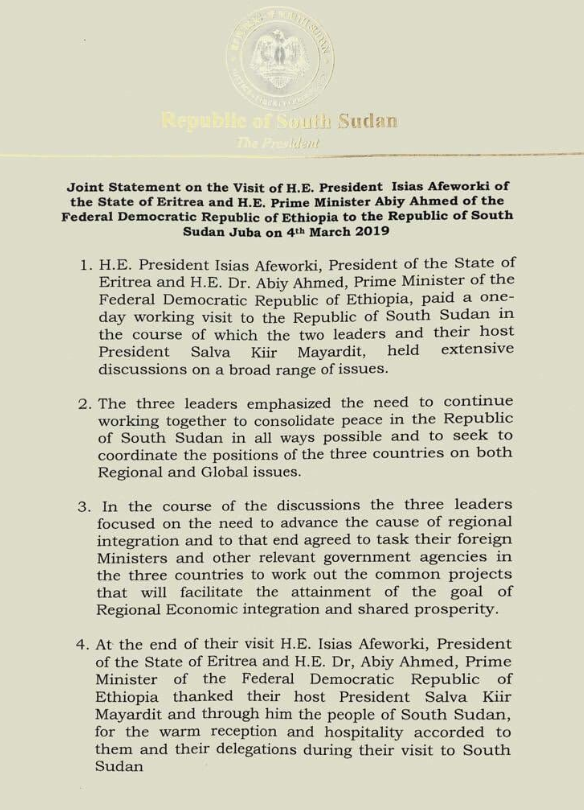