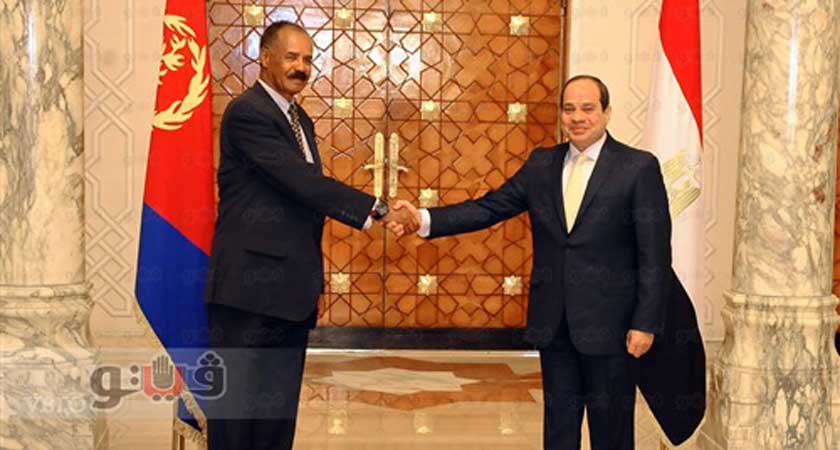 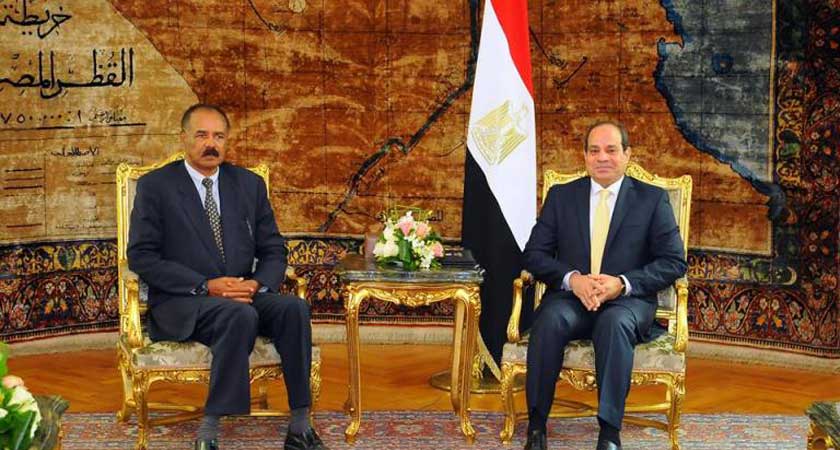 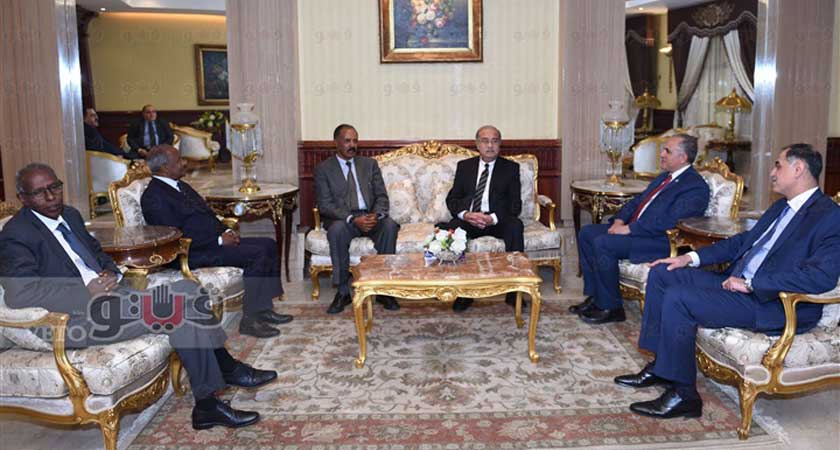 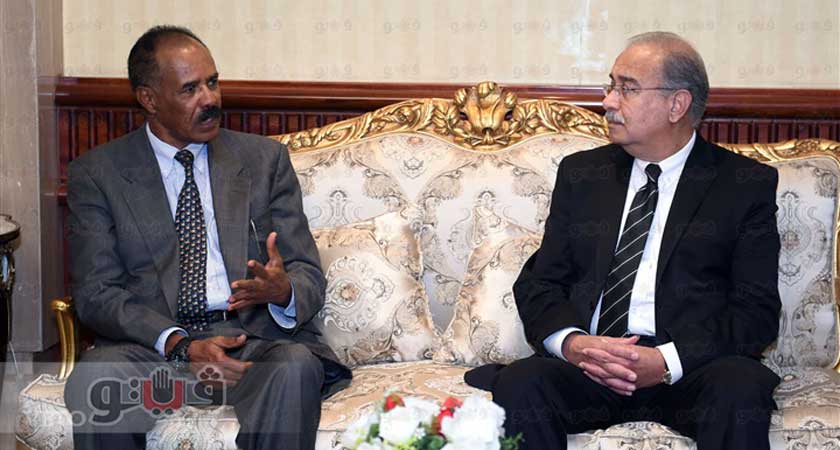 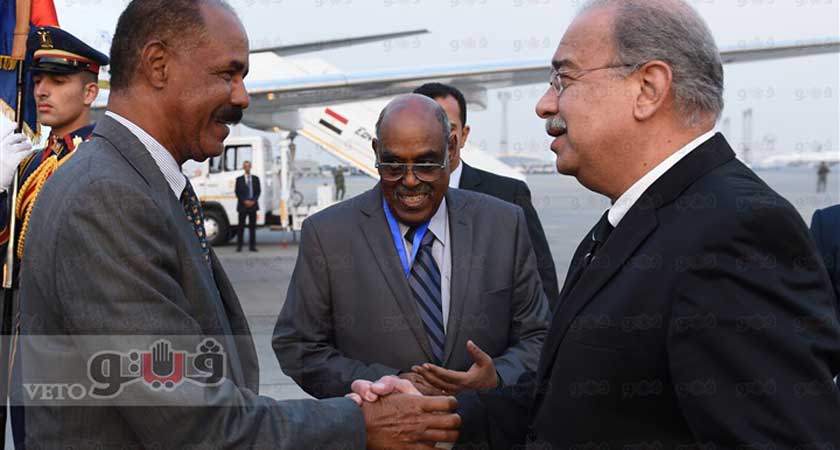 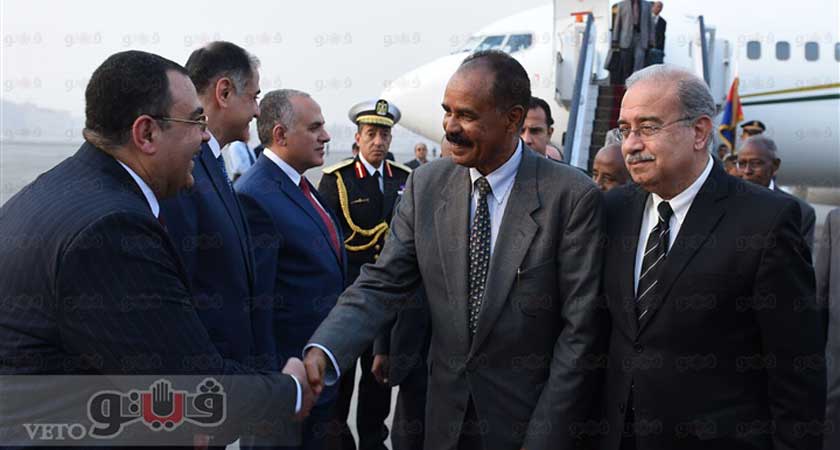 President Abdel Fattah al- Sisi received on Tuesday at the Federal Palace, Isaias Afwerki, President of Eritrea, who is on a working visit to Egypt.

Ambassador Alaa Youssef, spokesman for the presidency, said that President Sisi welcomed the Eritrean counterpart, stressing the importance of developing bilateral relations with Eritrea at all levels in the light of the distinguished historical relations between the two countries.

Sisi stressed the importance of activating the joint committee for the promotion of bilateral cooperation in various sectors, including agriculture and the exploitation of animal and fish wealth, as well as continuing technical support programs offered by the Egyptian Agency of Partnership for Development (EAPD).

The president also stressed that Egypt’s foreign policy is based on non – interference in the affairs of other countries, stressing Egypt’s openness to everyone and it seeks to establish balanced relations with all brotherly and friendly countries.

The Spokesman added that the Eritrean President expressed his appreciation of the leading role played by Egypt in terms of pushing the development process and achieve security and stability of the African continent.

For his part, Eritrean President emphasized the close historical ties between the two countries, stressing the aspiration of Eritrea to intensify bilateral cooperation with Egypt in various fields so as to achieve the interest of the two brotherly peoples, especially in light of the great potential for cooperation in various sectors such as agriculture, fisheries, infrastructure, trade, culture, education and health.

Eritrean President expressed his agreement with President al- Sisi on the importance of activating the joint committee between the two countries in order to develop specific plans for the development of bilateral cooperation in all sectors, stressing his commitment to overcoming all obstacles to the promotion of cooperation between the two sides.

Ambassador Alaa Yousef said that the talks touched on ways of enhancing bilateral relations in various fields, where it was agreed to exchange visits of delegations in order to identify areas that will be developed by the cooperation and implementation of joint projects, in preparation for the convening of the Joint Commission between the two countries.

The meeting also saw they discussed on a number of issues of mutual interest and regional and international issues, where the two sides agreed to continue intensive coordination between them in the framework of international forums and organizations.