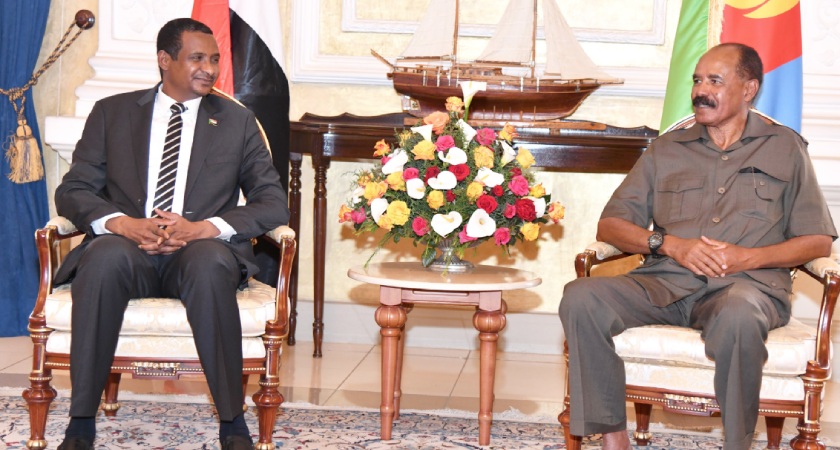 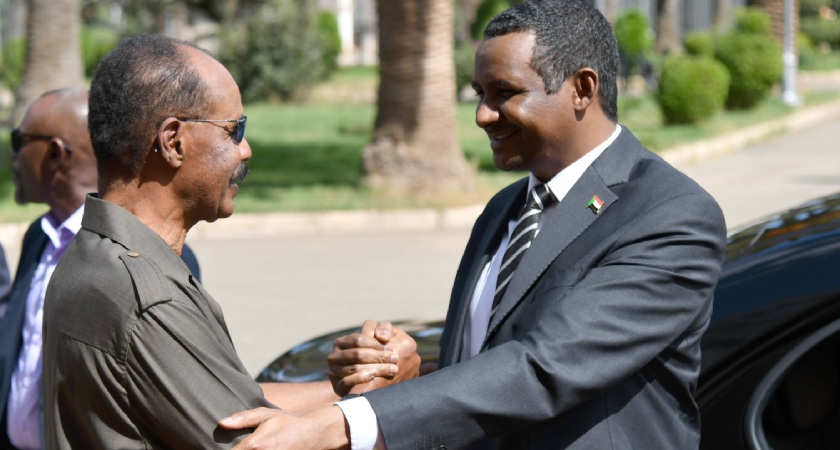 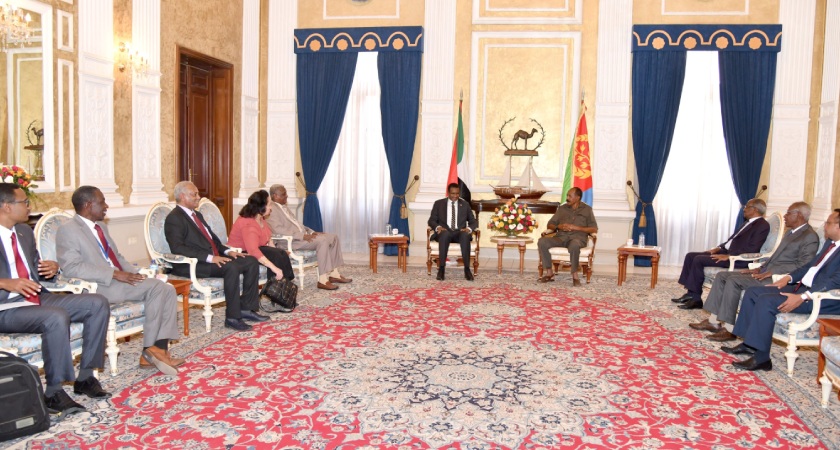 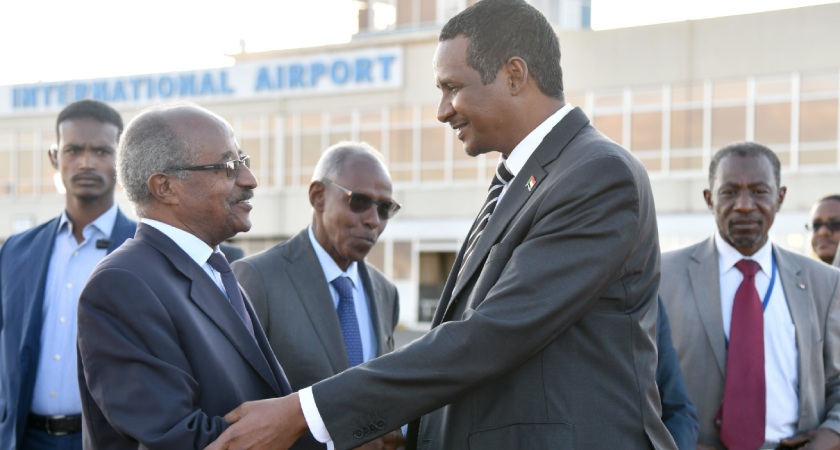 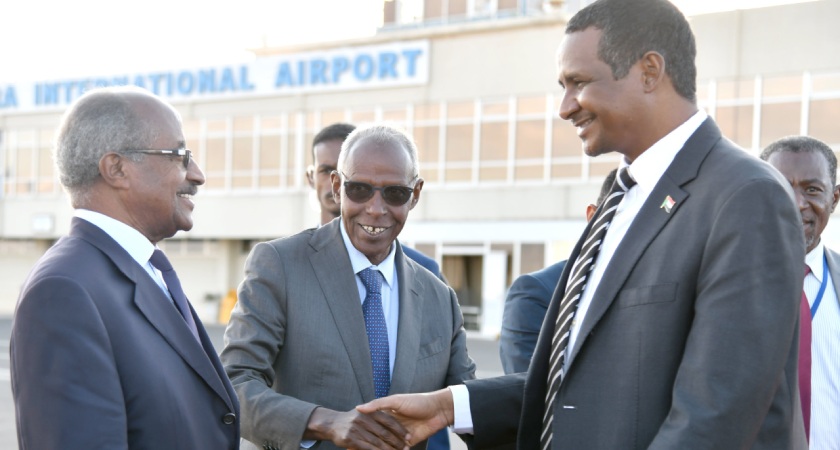 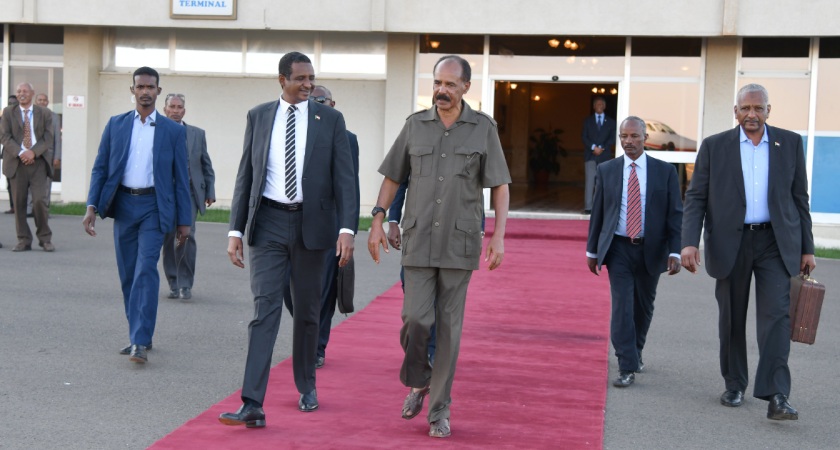 Sudan’s Vice-Chairman of the Sovereign Council and head of the Rapid Support Forces (RSF), Gen. Mohamed Hamdan Daglo “Hemetti”, was in Asmara on Sunday for talks with the Eritrean officials.

The visit comes three days after statements by the Eritrean government accusing Qatar of carrying out subversive activities and using Sudan as a “springboard”.

Asmara further pledged to disclose further details about the alleged “scheme” related to the tribal clashes in Port Sudan in the upcoming days.

‘Hemetti’ was accompanied by two other members of the Sovereign Council Raja Nicolas and Yasir al-Atta and the information minister Faisal Mohamed Saleh.

Saleh told reporters after their return from Asmara that ‘Hemetti’ briefed the Eritrean leadership about the government’s preparations for the next round of peace negotiations with the armed groups in Juba on 10 December.

“The delegation held a lengthy meeting with Eritrean President Isaias Afwerki on bilateral relations between the two countries in addition to the arrangements of the government and the Supreme Peace Council for the next round of peace talks (in Juba), which will be the beginning of negotiations in various tracks,” the government spokesperson further said.

The Eritrean Ambassador in Khartoum, Ibrahim Idris, said that Hamdok’s visit aimed at discussing border trade between the two countries and what Eritrea can contribute to the peace process and achieving stability in Sudan.

The Juba peace talks include several groups from eastern Sudan some are purportedly close to the Eritrean government.

General Mohamed briefed President Isaias on progress of the ongoing talks & underlined importance of Eritrea's support to the success of the process. Pre. Isaias emphasized that enduring peace in the Sudan can only be achieved through Sudanese efforts & its capable institutions pic.twitter.com/vhX4YNiTpK

Pre. Isaias further highlighted the genuine partnership between the two peoples & resultant readiness of the Government & people of Eritrea to play their modest role in the success of ongoing Sudanese peace process. The two sides also agreed to enhance the positive bilateral ties pic.twitter.com/nwMdiNGPP0